“Like Me” is a highly disturbing, visually arresting portrayal of a society obsessed with Internet fame that feels uncomfortably real. 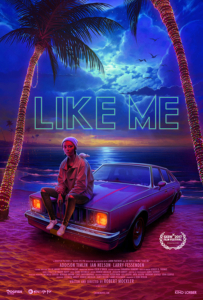 Like Me is an impressive first feature from Robert Mocker, starring Addison Timlin (Fallen, Little Sister) and Ian Nelson (The Boy Next Door, Hunger Games). Indie horror icon Larry Fessenden (Habit, You’re Next) also co-stars and produces this psychologically intense film about loneliness and the millennial obsession for social media fame and approval.

After beginning to watch the film Like Me, I felt the need to ask my daughter, who is 19, to watch it with me too, so I could witness her take on it. She is in the target range of the character, and I wanted her feelings on the social media aspect of it. Interestingly enough, we were split. 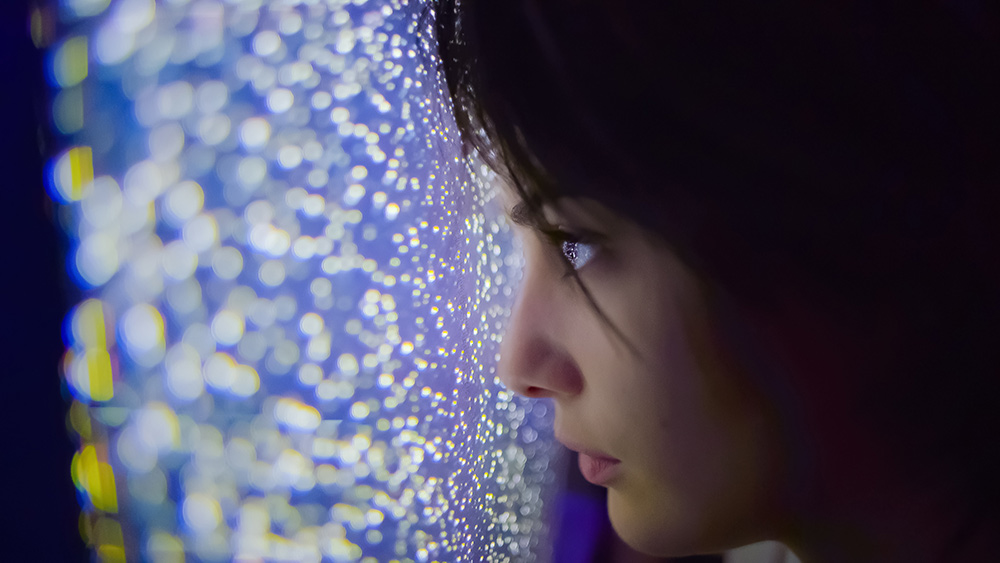 She didn’t love the film as much as I did. Not because it’s not a pretty great film, but the story made her incredibly sad for the victims —and she hated the character Kiya, who truly is very unlikeable. Addison Timlin is mesmerizing as that reckless loner, who sets out on a crime spree that she broadcasts on social media. She really gave herself 100% to the character and her commitment really showed.

There was something my daughter and I both loved and agreed on, and that was the visuals.

It was as beautiful to look at as it was grotesque. The colors almost hurt our eyes, and it was wonderful. From the moment the movie started, we were dropped down the rabbit hole into a depraved world of drugs, excess and narcissism. And it never lets up. A virtual visual smorgasbord of junk food, fantastical lighting, hallucinogenic-induced aesthetics and chaos, painting a portrait of the isolation that is a growing part of our increasing digital world. 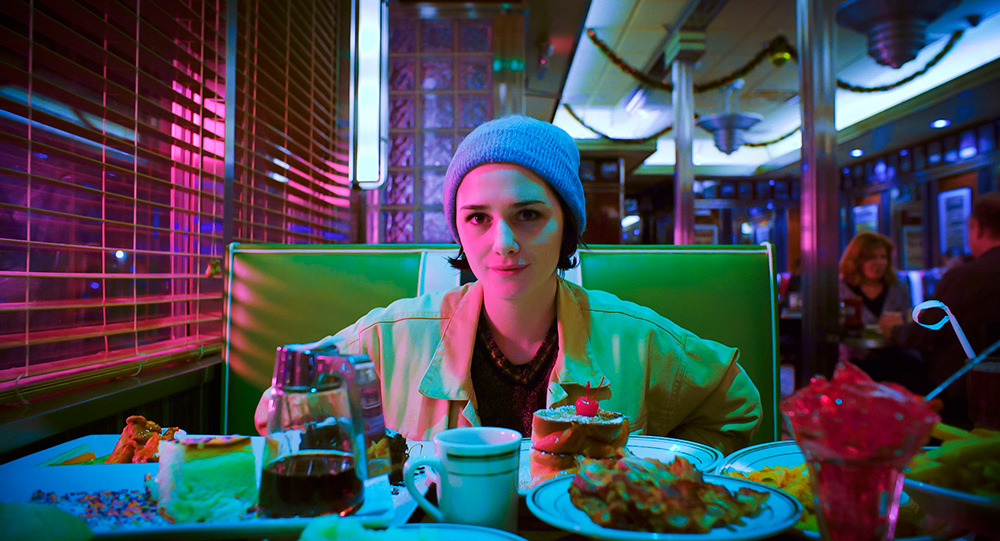 When asked recently where the concept for Like Me came from, writer/director Robert Mockler shared:

“It started with an image that popped into my head. I saw someone holding up a convenience store with a gun and a smartphone. I thought that image raised a lot of interesting questions. I wanted to make a film that explored loneliness in some way. I’d also been fascinated by America’s obsession with the outlaw for quite some time. Those thoughts all started to converge in a way that I though could be intriguing territory.”

“I’ve always been fascinated with the surreal. I love films that have their own world. I’m interested when that world feels like it may be emanating directly from the main character’s brain. Terry Gilliam, Tim Burton, Alejandro Jodorowsky and Jean Cocteau are all important to me in that sense. It’s also no surprise that I’m obsessed with Stanley Kubrick; so many of us are.” 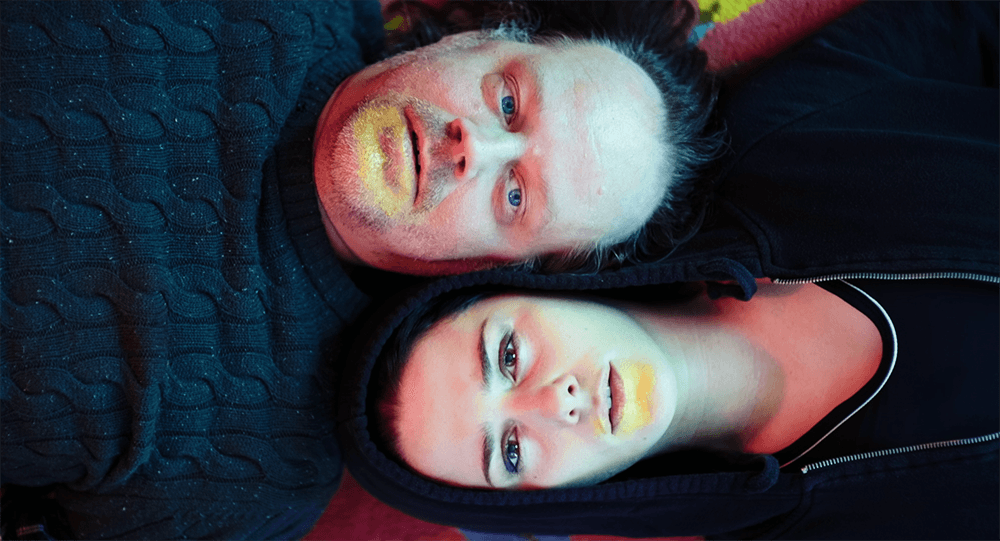 Coming straight from the brain really says it! The imagery is amazing; full of rich neon colors, a psychedelic nightmare straight out of a demented Alice in Wonderland kind of world.

The more a film is exciting to the eye, the more memorable and stimulating it is to the audience. And if the rest of the film can live up to the beautiful aesthetic created, then wow! It did for me. As much as I hated Kiya — and wanted her to stop — I got caught up wanting to see what was going to happen next.

Kiya obviously needed human contact and sought it out in unusual ways. By asking a homeless man to a breakfast of excess food so he’ll tell her a story, and buying herself a pet rat, it showed how lonely she was. But when she meets Marshall (Fessenden) the owner of a trippy little motel, she really takes things up to another, more intense level. 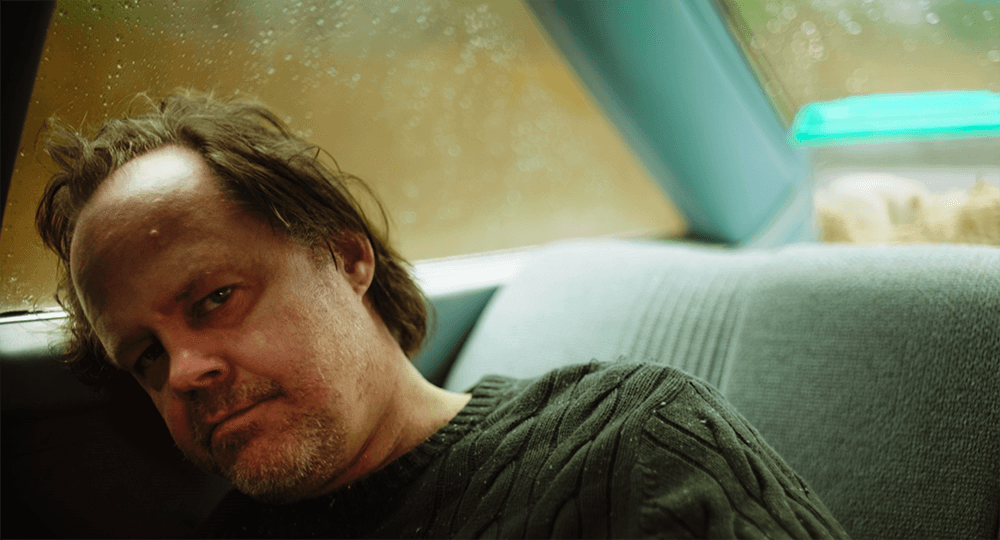 Dragging him into the middle of her lunacy, we see how disturbed her mind really is. A bored drug addict himself, he is easily hijacked by Kia and forced into horrible junk food binges, throw up scenes, horse tranquilizer hallucinations and even getting shot, all for the attention of Kiya’s followers.

My biggest comment about the movie has to be; Who is Kiya? Where did she come from, what made her go on this crazy crime spree? I want to understand what makes a person get to the point she did. Was she abused? What makes you able to hurt other people just because it makes you an Internet star? What did she really want to say to the world?

The montages of video reactions were totally on point. I loved hearing what all the others watching had to say about her behavior. It was interesting how she kept upping the ante after internet troll Burt (Ian Nelson) told the world his very dark opinion of her. 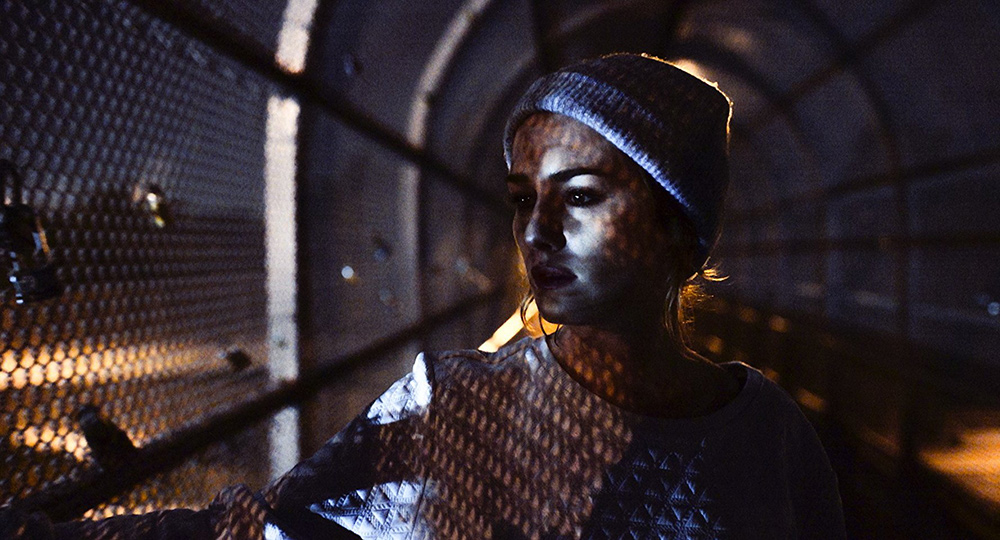 The finale was a bit disappointing because I wanted more. I wanted her to pay for her excessive and reckless behavior, since the motivation seemed to simply become famous. I hoped to see her takedown be the ultimate post on her YouTube channel.

Overall, I really loved ‘Like Me’. It made me seriously think about what goes out on the Internet. I am not the right age, being way too old to understand how social media has gotten to this excessive place. Twitter and Facebook posts can change or destroy peoples’ lives. Videos taking what starts as a joke to someplace ugly. People are separated from the humans on the screen, and so many don’t care how much words can hurt.

And the sheer stupidity sometimes of what we challenge people to do — Kiya was told to shoot someone, and she listened. What comes next…people eating Tide Pods?

Horror Thriller Like Me will be in select theaters on January 26th and out on VOD in February.