Around the World in 80 Films: Southeast Asian Horror

On this stop in our horror journey around the world, we go where the genre is only now beginning to take hold, The Philippines and Malaysia. 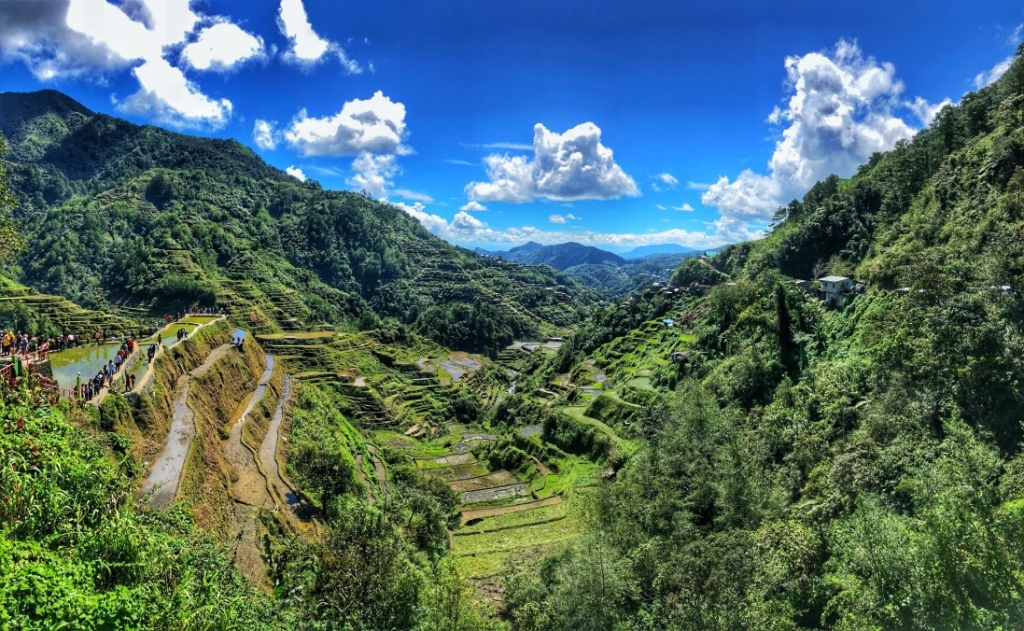 Photo by @iron_heim via Twenty20

Welcome back to Morbidly Beautiful’s Journey Around the Horror World in 80 films. In this month’s entry of the series, we will be exploring films from two countries in Southeast Asia, The Philippines and Malaysia. Neither country has historically been well known for horror. But many recent entries show that the region has a growing and unique horror scene, and it will be interesting to see how the horror genre grows here in the years to come.

Outside of recent films, the most well known horror film from the area is the 1988 mock-buster ripoff of Robocop, Robo Vampire. The film follows the same basic premise as Robocop. A cop is killed in the line of duty and is given a second chance on life as a half man, half machine law enforcement officer, with just one minor twist: the gang he is trying to bring to justice has control of a nasty vampire beast. Directed by Hong Kong’s version of Roger Corman, Godfrey Ho, Robo Vampire is an absurdist horror classic that is well worth a watch.

The three films covered as part of this stop are the antithesis of everything that is Robo Vampire. They are each modern, unique, well-produced pieces of horror art which will have you begging for more. 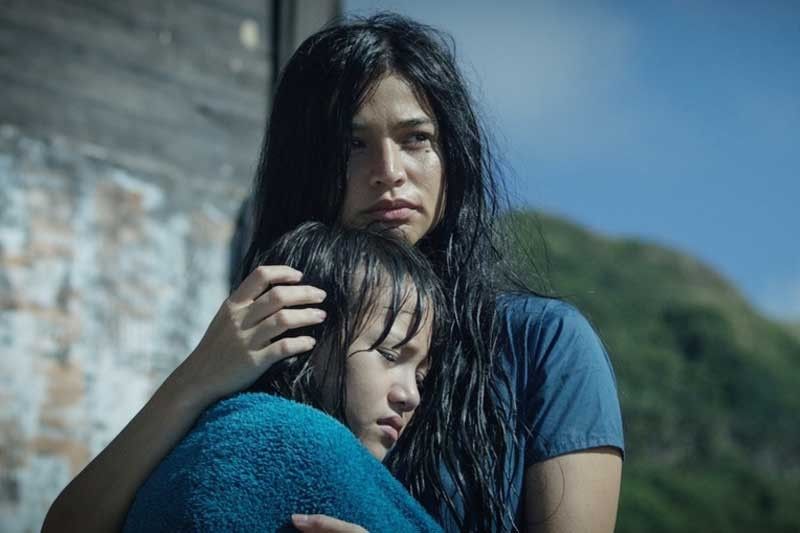 This is a very creepy film, with a very dark premise quite unique to the area.

The film follows the residents of a small seafaring town who witnessed the sinking of a passenger ship, The Aurora, just outside the shores of their small island.  With government resources stretched thin, they offer a bounty to those remaining on the island; search for bodies in the wreckage and be rewarded with cash. Leana and her younger sister Rita hesitantly agree to help, as the bad press from the wreckage has reduced the amount of visitors to the island along with the cashflow to their small general store. Soon after recovering some bodies from the wreckage, Rita begins seeing ghosts of the passengers. Meanwhile, Leana deals with the moral struggle of recovering bodies for profit.

This is a very atmospheric slow burn type of horror film that is less about gore and jump scares and more about unfolding the mystery of The Aurora and it’s doomed journey. The acting in the film is superb throughout, and visually, the film is captivating. But perhaps the best part of the film is the incredible score, which makes every scene of the capsized ship on the rocky shore seem just a bit more dreadful.

Aurora is a unique and interesting film that fans of more sophisticated horror will certainly love. Find it streaming now on Netflix.

Set in the mid-90s, Eerie follows a guidance counselor, Pat, at an all girls Catholic school. Only, Pat is dealing with more than just angsty teen girls. She’s also dealing with the ghosts of angsty teen girls who committed suicide on the campus. As Pat gets closer and closer to the truth about the suicide of young Erika, more and more girls at the school begin to commit suicide or are killed in mysterious ways. Working with a local police detective to uncover the truth, she stumbles on something more horrific than she could ever imagine.

The jumps scares are effective and often not telegraphed. The atmosphere is thick with a sense of dread. And the gore, while limited, is effective. Conversely, the film also excels in the not so cheap thrills department as well. When the true reason for Erika’s suicide and subsequent resurrection as a ghost is revealed, you find that a seemingly low brow horror film evolves into a much more important discussion about tolerance and the issues with discriminating against people for their sexual preferences.  As the film closes, it develops another layer regarding love, loss and the pain that suicide brings on others.

Eerie is truly an astonishing film that evolves along it’s 101 minute runtime in the most unexpected ways. Experience it now on Netflix.

Revenge of the Pontianak (2019, Malaysia) 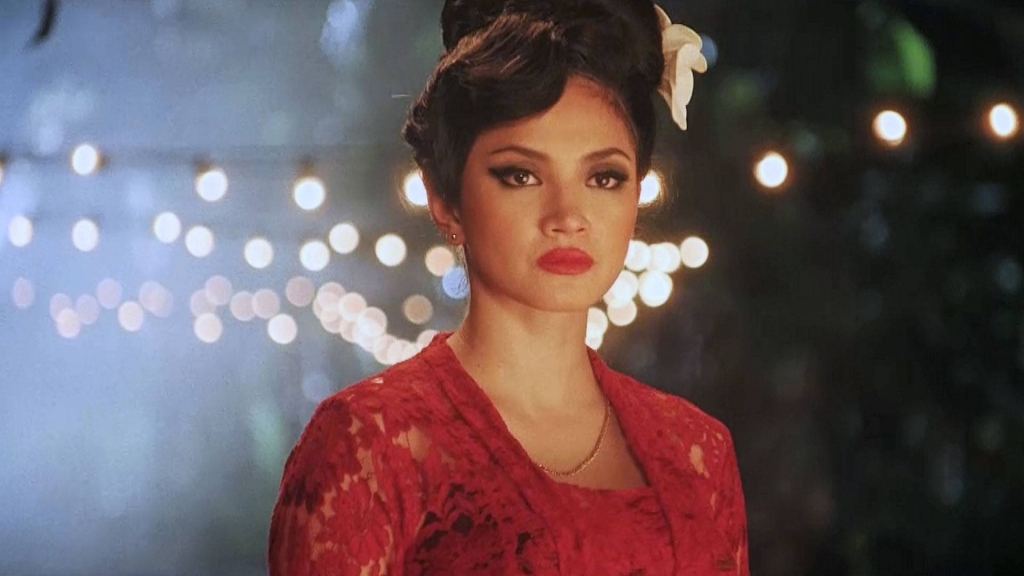 “In South Asian cultures, if a woman dies while pregnant or giving birth, she returns as a vampire. This vampire is known as a Pontianak.”

The ominous text at the opening of this film gives you an idea of the wild ride of local folklore you are about to experience. A young couple have an unexpected guest show up to their wedding reception. But this is no ordinary guest; it’s the groom’s ex and mother to his young child. Also, she’s dead. The young couple and the surrounding village start to experience strange things as the mysterious woman in red appears, while he groomsmen start disappearing one by one. The bride, in search of the truth, uncovers a secret she never expected as the Pontianak claims more victims.

If you have seen enough horror movies, then the plot and twist ending of this one is a little telegraphed. But that doesn’t stop it from being an outstanding bit of horror, and a compelling local folklore tale you just won’t find with American horror. Beautifully shot, the film also delivers one of the most beautiful onscreen vampires you will ever see.

Revenge of the Pontianak is a remarkable piece of cinema from a part of the world not typically known for its horror exports, and you can discover it now streaming on Netflix.

If you are hungry for more horror from the Philippines and Malaysia, you will find there are not many films available from the area. Fortunately, however, Netflix looks to have taken an interest in the area. There are a handful of other great films on their service, including 2014’s The Third Eye from the Philippines. You should also check out 2016’s Munafik and Munafik 2 (2018) from Malaysia.

In the next entry of the series, we will make our final stop in Southeast Asia, as we head to Indonesia and explore their flourishing horror scene led by producer/director Rocky Soraya.