Around the World in 80 Films: Japanese Horror

Continuing our exploration of horror around the world, we journey to Japan to explore diverse genre gems beyond the vengeful ghost film. 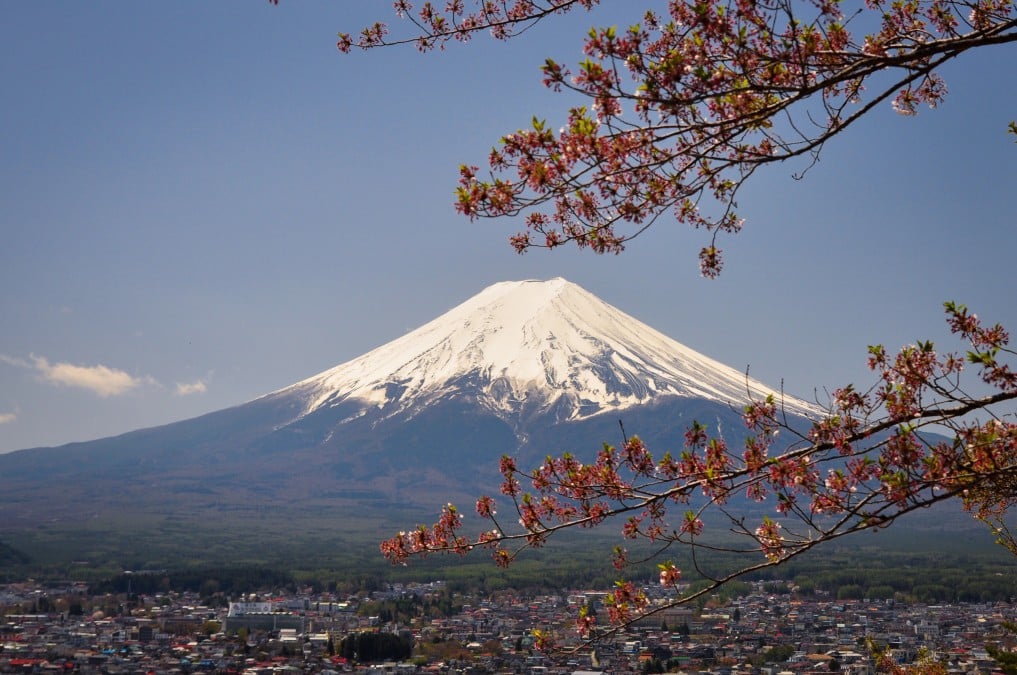 Photo by @sungsamorn via Twenty20

Welcome back to Morbidly Beautiful’s Journey Around the Horror World in 80 films. In this month’s entry, we continue our horror exploration, traveling from South Korea to Japan. Most die-hard horror fans would most certainly rank Japan in the top three countries when it comes to the quality of horror exports. Japanese horror is so good, in fact, that often an American director will remake a Japanese classic, and that remake will immediately become a classic in its own right. A notable example of this would be 2002’s The Ring, based on the 1998 Japanese horror film Ringu (itself based on the novel of the same name by Koji Suzuki).

To many fans though, Japanese horror, often known simply as J-Horror, is often narrowly categorized to describe films about vengeful ghosts, as the country’s most popular exports fall into this category. Modern films like Ju-On and Ringu certainly fall into this category, but so do older J-Horror classics like Kwaidan, Onibaba, and Kuroneko.

However, Japanese horror is so much more than this. Thus, on this stop in our journey, we will explore the true core of Japanese horror with four horror subgenres that exemplify the best and most unique films in J-Horror history. Those categories are Anime, Splatter, Kaiju and Yakuza. 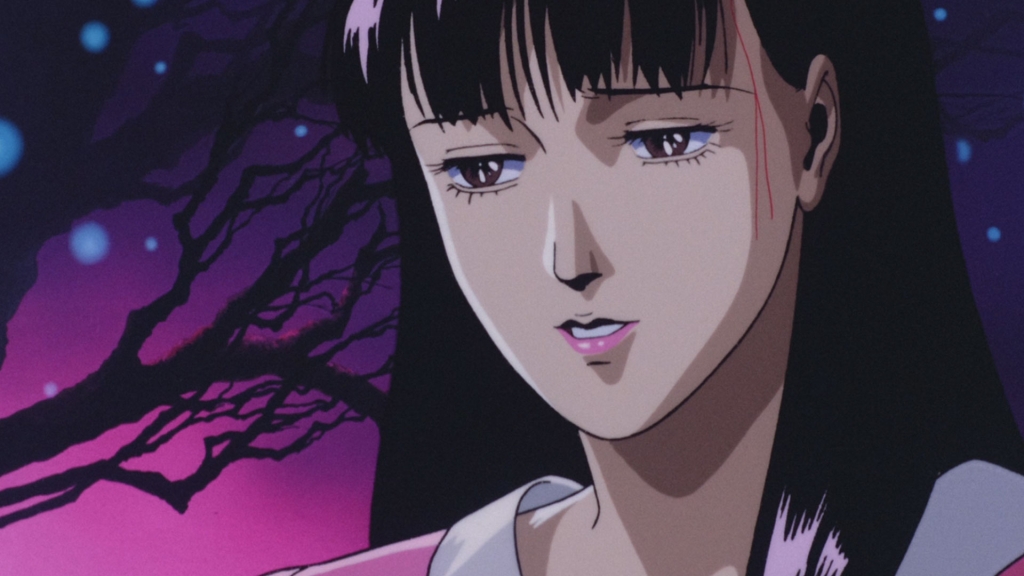 Anime is a huge aspect of Japanese culture, and it’s no big surprise that numerous anime horror films have been released. Perhaps the most well-known is the action-packed Vampire Hunter D about a futuristic vampire hunter trying to protect a young girl who has been bitten.

Other anime horror films include highly sexualized films like Urotsukidoji: Legend of the Overfiend and Wicked City which really pushed the boundaries of adult animation, so much so that these films are often considered pornography.  The film we will be covering is the absolutely terrifying Demon City Shinjuku.

Set in a futuristic world where a devastating demon earthquake has left the city of Shinjuku under the control of a necromancer named Levih Rah, a young warrior Izayoi must avenge his father’s death by killing Levih Rah and stop evil from taking over the world.  This film was directed by Yoshiaki Kawajiri who directed multiple anime horror films that are well worth the watch. 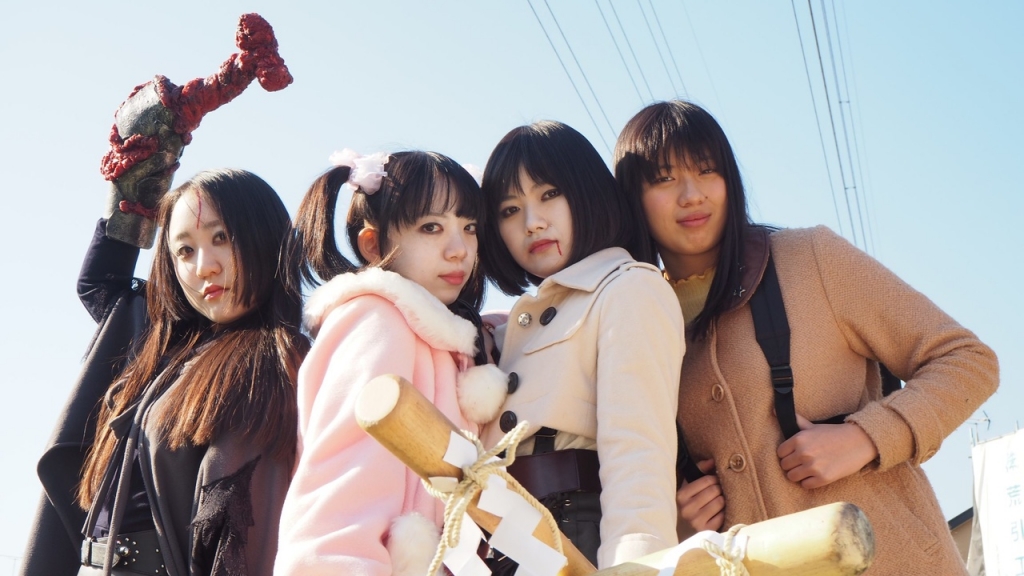 Classifying these splatter films is really difficult. Their lineage can be traced back to the absolutely legendary Tetsuo: The Iron Man, and they are often considered body horror. Yet, each of these films has an added element of extreme gore and pure insanity that makes it feel wrong to place them in the standard body horror category. Films like Tokyo Gore Police, The Machine Girl and Meatball Machine all feature absolutely insane practical effects, whacky premises, and enough gallons of blood to make Bruce Campbell blush.

The film we are covering as part of the journey is mind-boggling Ghost Squad, directed by Noboru Iguchi, one of the premier directors of the splatter subgenre, and filled with more WTF moments than your mind can accept.

The film follows a suicidal young woman named Reka who can see ghosts. One day, the ghosts start talking to her. They want revenge against the men who killed them, and Reka is the only one who can help. Sounds pretty sane, right? Wrong!  The only way the ghosts can hurt the living is by first kissing Reka. One ghost’s arm transforms into a giant meat hammer, another into a rabid dog named Grudge Dog. And when they round up all the men who wronged them, they bring out their secret ghost weapon: the baby gun that shoots cries and makes men weep?  Or something?

It’s a hard film to explain without sounding crazy. But it’s absolutely worth the watch. Just be warned, it gets weird… like really, really weird.

Perhaps one of the most well-known exports from Japan is the Kaiju film which centers around gigantic monsters wreaking havoc on the world.

Most people when asked about Kaiju know about Godzilla, but there is a huge world of films with amazing monsters that most of the world is just not fully aware of.  There are two outstanding Gamera trilogies, Mothra, Diagoro, and Dogora. The kaiju film we will be covering is the 1970’s film Space Amoeba.

Directed by the legendary Ishiro Honda, Space Amoeba follows the story of a space probe from Jupiter that crashes on a tiny island in the pacific and transforms the local marine life into giant monsters who terrorize the small village on the island as well as some tourists. The film is a bit more scary than the Godzilla films as the scope of danger is much more local to the main character — and the idea of a giant squid walking around on dry land is in itself a horrifying idea.

Great special effects and a great non-Godzilla kaiju make this a much watch. 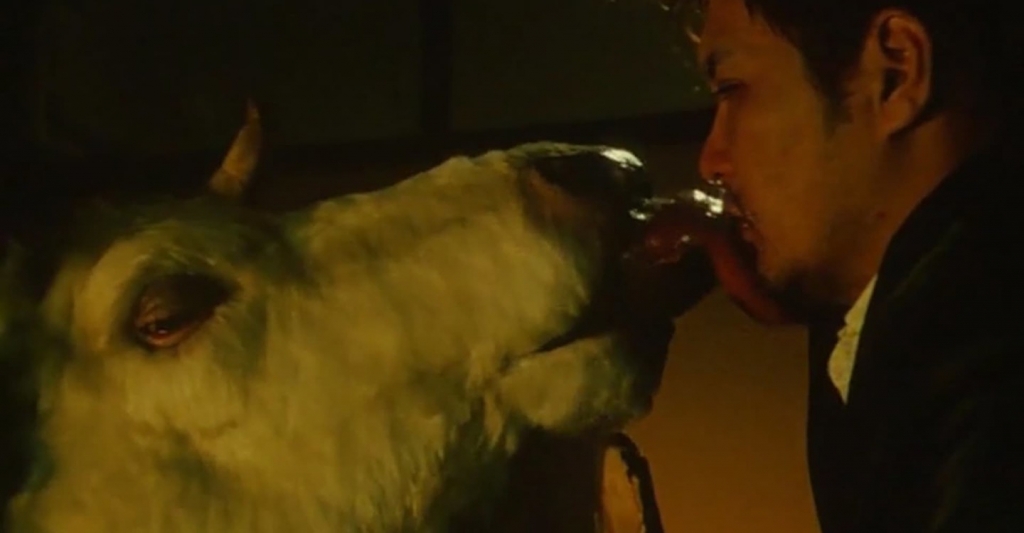 Yakuza films often walk a fine line between horror and standard crime films.  It seems like the more bizarre the premise, the more the film lands in the horror genre.

The Yakuza/horror crossover can be traced back as far as the 1970s with Blind Woman’s Curse. But there are also more modern films like the vampire vs Yakuza film Yakuza Apocalypse and the zombie vs Yakuza film Versus. The Yakuza film we will be covering is the insane Gozu.

This is a film from legendary horror Takashi Miike, and if you are familiar with Miike’s work then you know exactly the type of film this is. If you are not familiar with his work, then get ready for a wild ride!

Gozu follows Minami, a Yakuza soldier who is ordered to kill his brother Ozaki, a mentally unstable member of the Yakuza clan. When Ozaki’s dead body goes missing and a mysterious woman appears claiming to be Ozaki in a skin suit, Minami must go on a wild adventure to find the truth. Of course, as a Miike film, there is so much more going on than just that..but I’ll let you find out about the cow-headed demon and the sexually bizarre stuff on your own.

Gozu is currently streaming on Tubi.

If you are hungry for more Japanese horror, there is an excellent trilogy of vampire films from the 1970s that are worth the watch. The Vampire Doll, Lake of Dracula, and Evil of Dracula each of which is an amazing and bizarre take on the Dracula lore that you will certainly enjoy.

In the next entry of the series, we will be heading Down Under to explore horror films from Australia and New Zealand.