Adventures in Movies: Spotlight on Sundance

On this episode of the “Adventures in Movies!” podcast, we discuss Sundance, found footage, and the powerful female-driven short “Doublespeak”.

EPISODE SUMMARY
One of the biggest breakouts in the history of the Sundance Film Festival is The Blair Witch Project. Since Sundance is this weekend, Blake and Nathaniel thought it would be the perfect time to cover found footage movies. The episode also includes an interview with Hazel McKibbin and Angela Wong Carbone from the short Doublespeak and a review of one of the strangest movies to ever screen at Sundance.

The show stars with talk about the passing of Cloris Leachman. The hosts talk about their memories of Cloris and her longevity in a notoriously fickle business. They also talk about another shocking change in the continued trials and tribulations of AMC.

This week, Blake and Nathaniel look at the first Belgian film to be screened in the Midnight section at Sundance. Mother Schmuckers is one of the strangest movies to ever come to Sundance. Part gross out comedy, part art house experiment, the film will leave an impression with anyone who is able to sit through it. 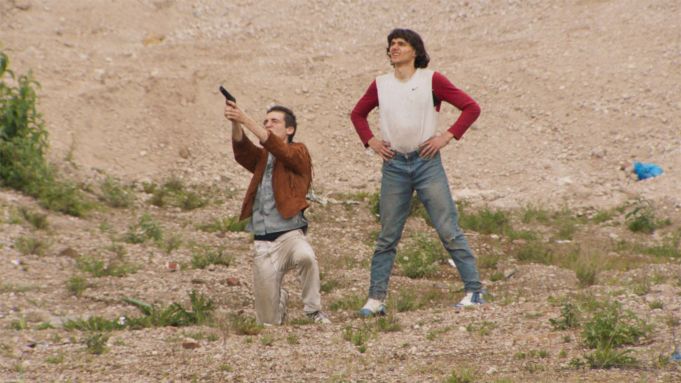 As we head into Women in Horror Month, this week’s interview is with the incredible female talent behind the short Doublespeak, director Hazel McKibbin and actress Angela Wong Carbone. The film, which premiered at Sundance, is about a young woman dealing with the aftermath of sexual harassment report at work. The two discuss the emotional effects of the film and how important it is to address issues of harassment.

The main segment is about found footage movies. The duo talk about why it is considered a guilty pleasure, whether it has peaked, and what they like about the genre.