Vampires in California? It’s not “The Lost Boys”! On this episode of Ominous Origins, we discuss the true crimes of serial killer Richard Trenton Chase. 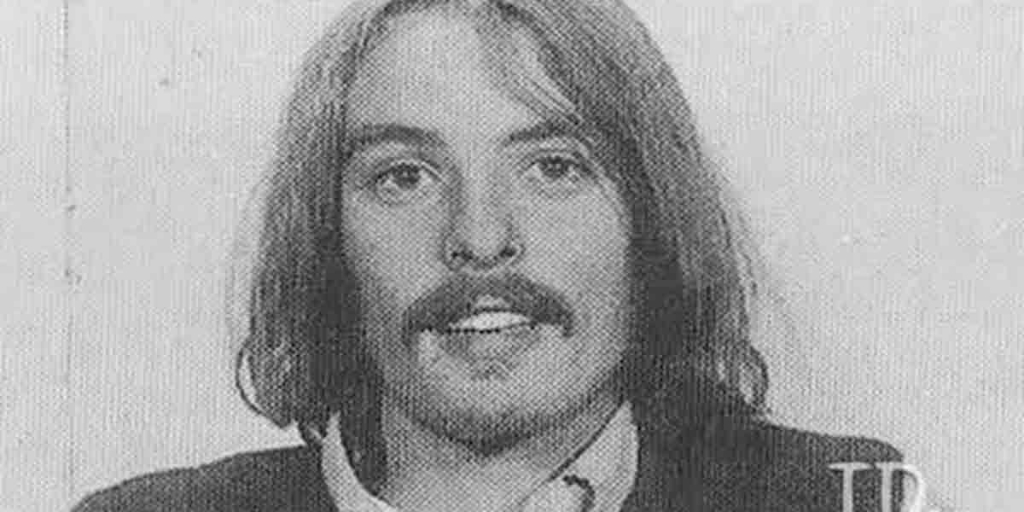 The 1970s in the USA was a wild time, man. There were hippies, there were drugs, there were the residuals of the feel good 60s. But there was also war, and crime, and violence. It was a really weird juxtaposition within America’s society, and it became a breeding ground for serial killers.

You had Bundy, Gacy, and Zodiac… just to name a few. But among those, you also had a little known but very disturbing killer named Richard Trenton Chase — also known as, The Vampire of Sacramento.

Chase was born in 1950, and ever since his teenage years, something just wasn’t right with Richard. It started with the frustration of not being able to maintain an erection, to eventually, in his adult years drinking blood. Yeah, you read that right. Richard Chase felt the need to drink the blood and eat the organs of living things. It started with rabbits and birds, escalated to cats and dogs… and… I’m not sure I need to spell out where it went from there. 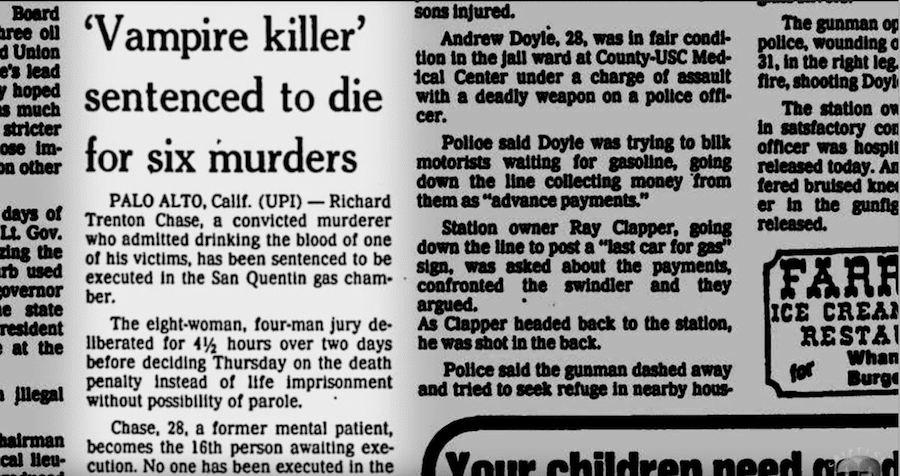 Chase was institutionalized a few times over his life, but nothing ever stuck. In fact, he was at one point deemed “not a danger to himself or others” by an actual doctor. He immediately stabbed, killed and ate that doctor.  And still he was free to go! No, I’m kidding, that didn’t happen. But he was deemed okay enough to live amongst the rest of the world, and pets everywhere trembled.

After his release, neighborhood animals went missing, his mom walked in on him doing terrible things to a dead cat, and strangely enough, people started to die. This first part of Chase’s life is something else, and we explore all of it on part one of our Richard Trenton Chase discussion. Next week, we’ll cover more of his strange life. But this is certainly one you don’t want to miss.