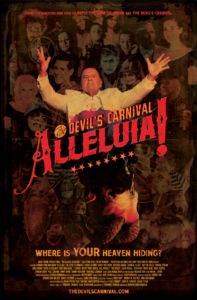 Unique horror films, twisted tales that askew religious doctrine, musicals, lavish theatrics and eye-popping visuals… these are a few of my favorite things. In full disclosure, I may be incapable of objectively reviewing Alleluia! The Devil’s Carnival. The mere fact that a film like this exists is reason enough for me to sing its praises. This is a movie that unapologetically caters to its very niche audience and embraces its weirdness with gleeful abandon. It’s certainly not for everyone… and that’s in large part why I think it works so well.

Alleluia! is the sequel to 2012’s The Devil’s Carnival. This marks the third musical cinematic collaboration from the brilliant duo of Darren Lynn Bousman (director) and Terrance Zdunich (writer/lyricist/star), who previously teamed up to bring us Repo! The Genetic Opera.

The Devil’s Carnival introduced us to a fantastical underworld, where Lucifer (Zdunich) runs a colorful carnival for lost souls, and the damned dance and sing their troubles away. Alleluia! shows us the other side of the afterlife, with a look at the beautiful but oppressive Heaven. Depicted as a 1940s-style movie production company, God (Paul Sorvino) reigns supreme as CEO. 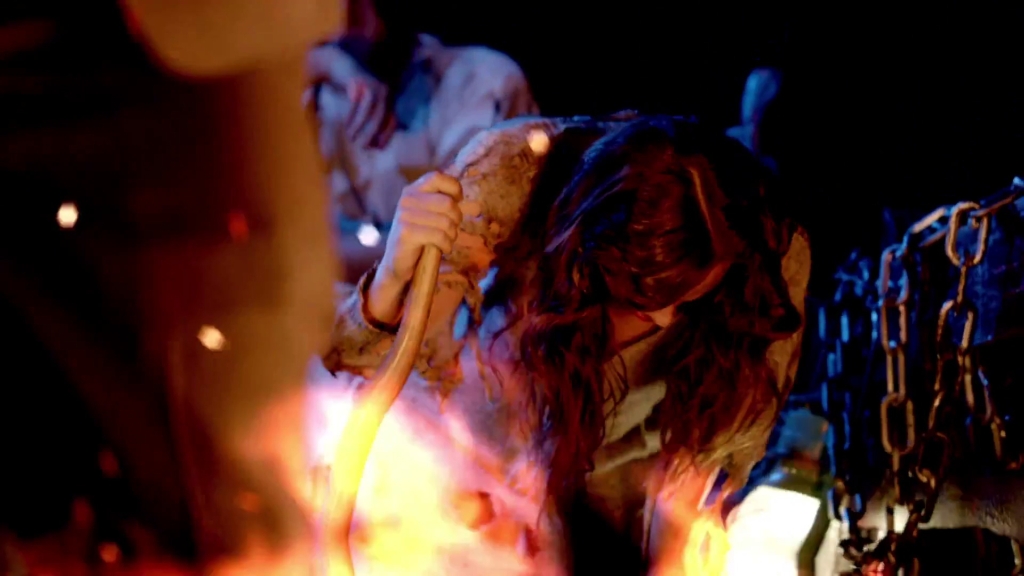 The movie begins with a bang, throwing us right into the action and kicking things off with an epic musical number led by the brilliant Zdunich. We start aboard a roaring train, headed by Lucifer, transporting a band of lost souls to the doorstep of Heaven. It’s an act of overt rebellion designed to fuel the flames of the growing tensions between the two afterworlds. The scene does a great job establishing the tone of the film and setting up the central conflict.

After the powerful introduction, we get to the crux of the story about one girl’s fall from grace for the “terrible sin” of curiosity. Satan tells the story of unfortunate girl, June, who dared to defy God, while entertaining a mysterious hooded visitor in his private quarters. Through the story, told in flashback, we get a glimpse of the perceived cruelty of Heaven from the Devil’s perspective. 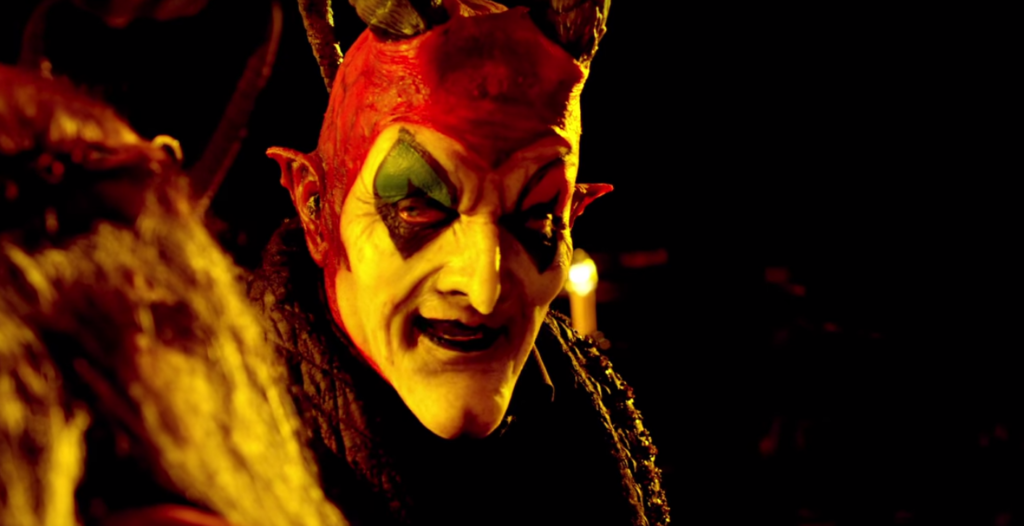 THE DEVIL’S IN THE DETAILS

Alleluia! is a veritable feast for the senses. Bousman manages to create a world that is both nightmarish and beautiful. Every frame is exploding with attention to detail and an astute eye for visual design. The colors pop off the screen, including the deep blues and brilliant reds, reminiscent of classic Argento. Part funhouse freakshow and part old Hollywood glamour, Bousman creates a completely original and visually awe-inspiring universe. 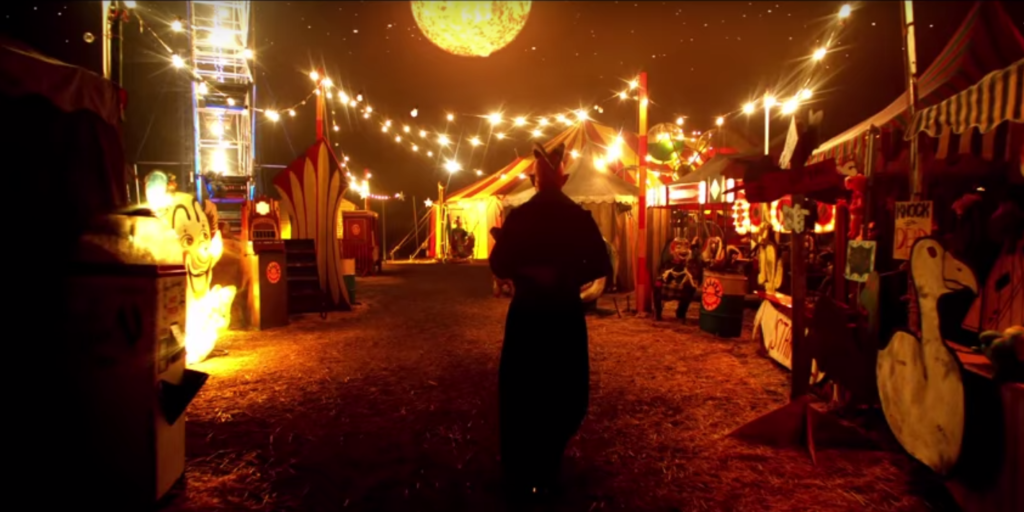 For his part, Zdunich (working with talented composer Saar Hendleman) delivers another show-stopping production and an unforgettable soundtrack, paying homage to the best of musical theater and the golden age of musicals. With an impressive 14 musical numbers, each song serves to heighten the emotions of the actors and progress the storyline.

This is a film that celebrates the ultimate in true creative expression. In entirely eschews mainstream sensibility in favor of something delightfully strange and utterly unique. Equal parts horror, musical, comedy, and dramatic morality tale… this is a film that lovingly embraces its quirky, anti-establishment sensibility. 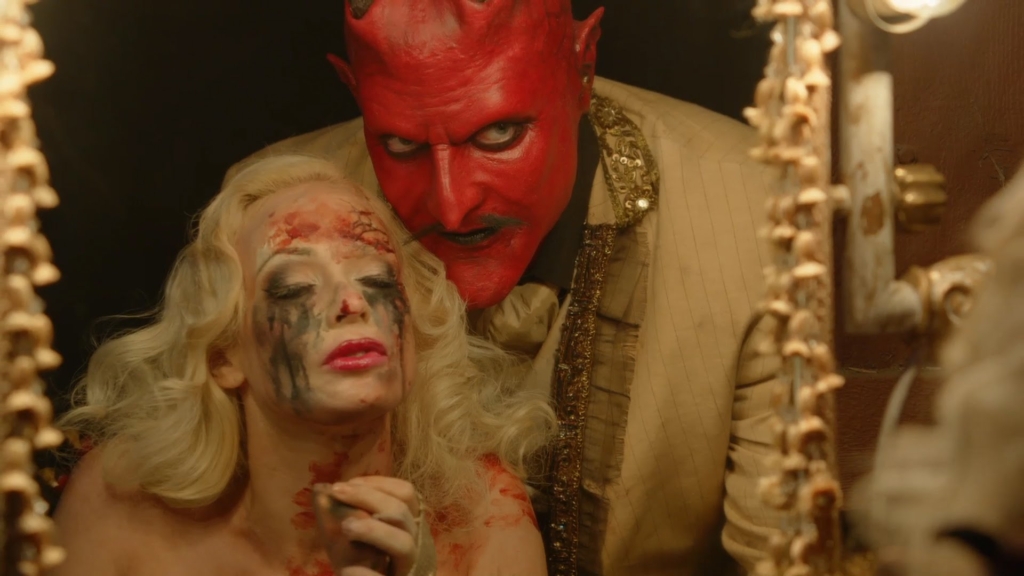 The genius of this film, besides its numerous and quite catchy musical numbers, is its inspired casting. A true ensemble cast, veterans of The Devil’s Carnival shine in the sequel, including Paul Sorvino and the Victorian goth-rock songstress, Emilie Autumn (in a dual role as the doomed June and The Painted Doll). 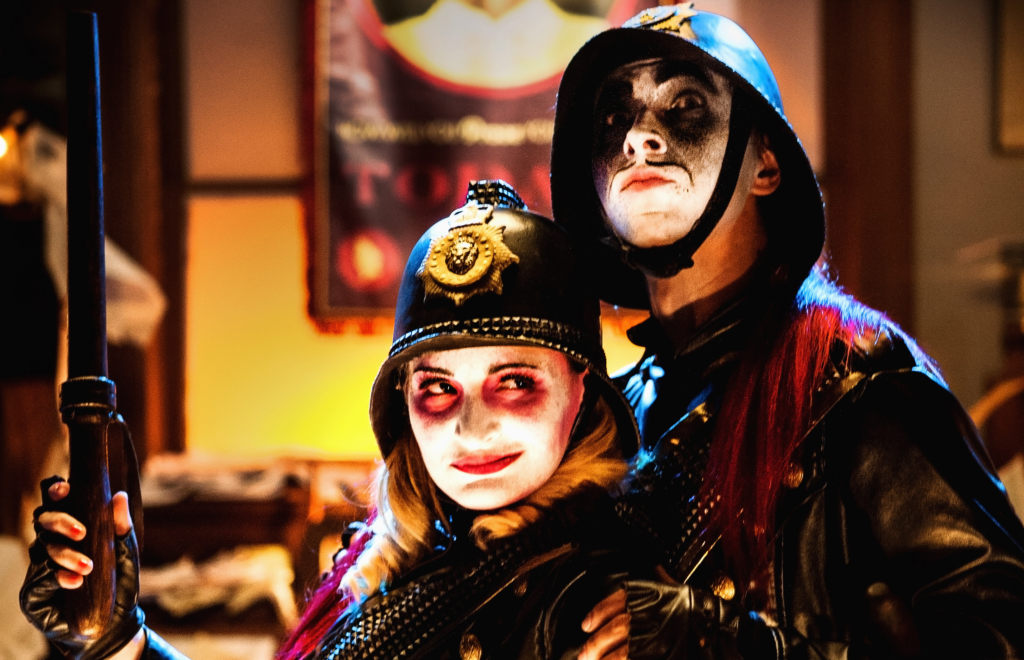 In an effort to up the ante from the first film, new acts are brought in to “jazz” up the world of Heaven. David Hasselhoff plays a flamboyant stylist, delivering a strong and sincere performance that is neither campy nor ironic. The rapper Tech N9ne is brilliant as the strict, rule-enforcing librarian. We even get a rousing performance from the great Ted Neeley, Jesus Christ Superstar himself, as God’s publicist and band leader.