“The Devil’s Well” is a found footage style paranormal film that makes up for its shortcomings with some effective scares and truly creepy atmosphere. 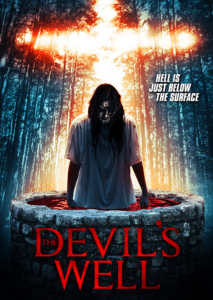 Paranormal bloggers Bryan and Karla Marks investigate one of Connecticut’s most-haunted spots, said to be an opening to Hell itself. Things go awry for the couple, though, as Karla is left alone near the well and mysteriously vanishes, leaving Bryan to defend himself against being sent to prison. So what do you do when you’re accused of murder? Call up another team of supernatural sleuths and prove your innocence.

If you like POV, Found Footage, or pseudo-documentary horror movies, you’re in for a treat — because The Devil’s Well is all three. 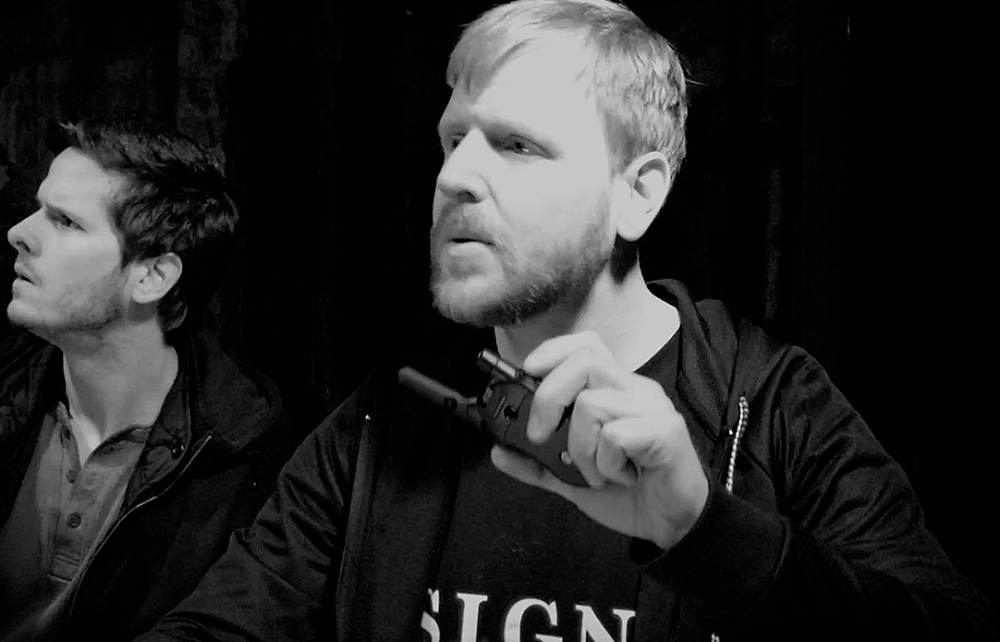 The backstory is set up for us as we’re showed interviews of people involved in the incident. This style returns again at the end to wrap the movie up. We’re also showed recovered footage of Karla’s disappearance, as well as POV shots of what goes on in the second well investigation. All three of these storytelling elements have the ability to work flawlessly together to create a considerably convincing movie.

It also helps to have scares, and The Devil’s Well delivers. Jump scares are not my favorite things in the world, but I do appreciate them when they’re done right. For instance, there were a few points of misdirection where we would see or hear something mildly frightening and think it was over, only to be surprised by the real scare moments later. 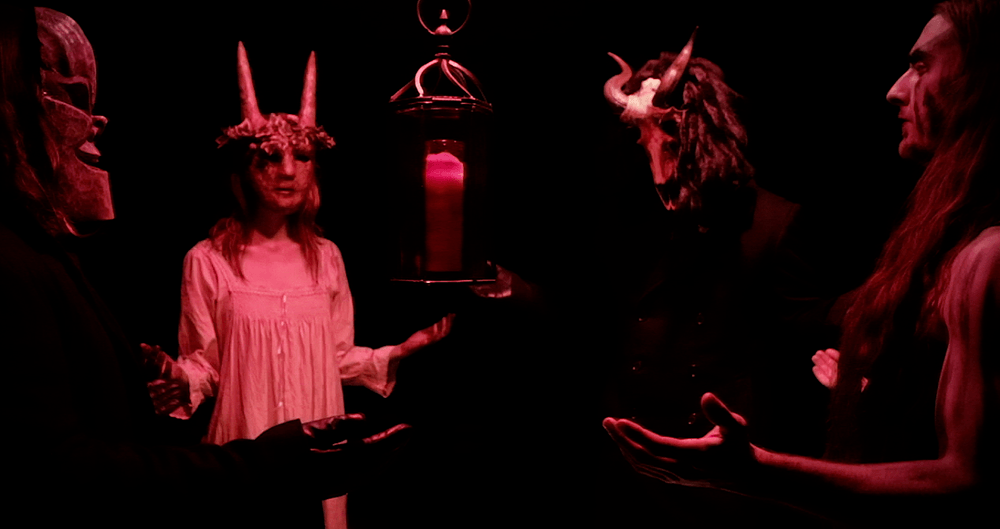 There were also moments of deeply eerie horror.

A scene near the end has members of a cult surrounding the well. They’re bathed in a red glow while animalistic drumming plays in the background. With every moment that passes as they stand by the well, we in the audience grow more and more anxious, until the cult members just disappear. That leaves us in a heightened state of distress because we don’t know what happened. Our jitters see no sweet release with a jump scare. No final monster. Nothing except a lasting feeling of “something’s not right.” 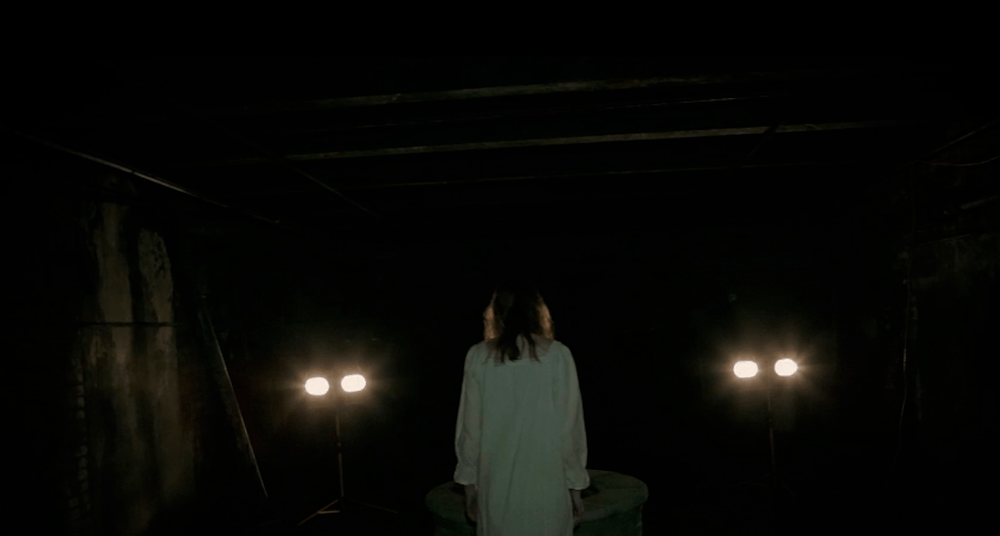 Although I love the pseudo-documentary style, the acting could have been just a pinch more believable. Nearly everyone had something slightly off about how they were describing their stories. It absolutely wasn’t the worst thing in the world, and I did believe for the most part…if only just a little. But as funny as it sounds, I don’t think the acting was so much the actors’ faults, but more due to the writing.

The dialog would have been perfect if I were reading it in a book. It was not so perfect having it acted out. The problem is that most people don’t talk so formally in real life, and it would have been appreciated to throw in some slang or any other personal oddities while speaking. 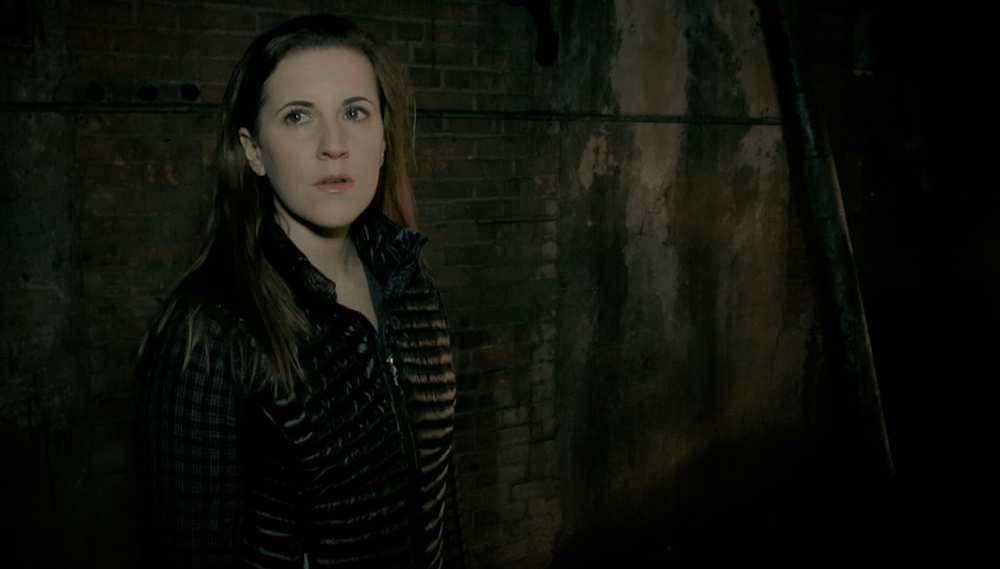 In the end, the thing that stuck with me most was the ambiance. Days after watching, I kept thinking of the sounds I was hearing and the space I was looking at. Walking through hallways upon hallways of dank, decrepit basement is not something I would have fun doing. Pair that will literal screams from Hell, and that basement feeling is multiplied by a million. If nothing else from ‘The Devil’s Well’ sticks, let it be the atmosphere.

While I don’t think The Devil’s Well beats other pseudo-documentaries like Noroi: The Curse or The Poughkeepsie Tapes, it sure is surprisingly fun to watch. 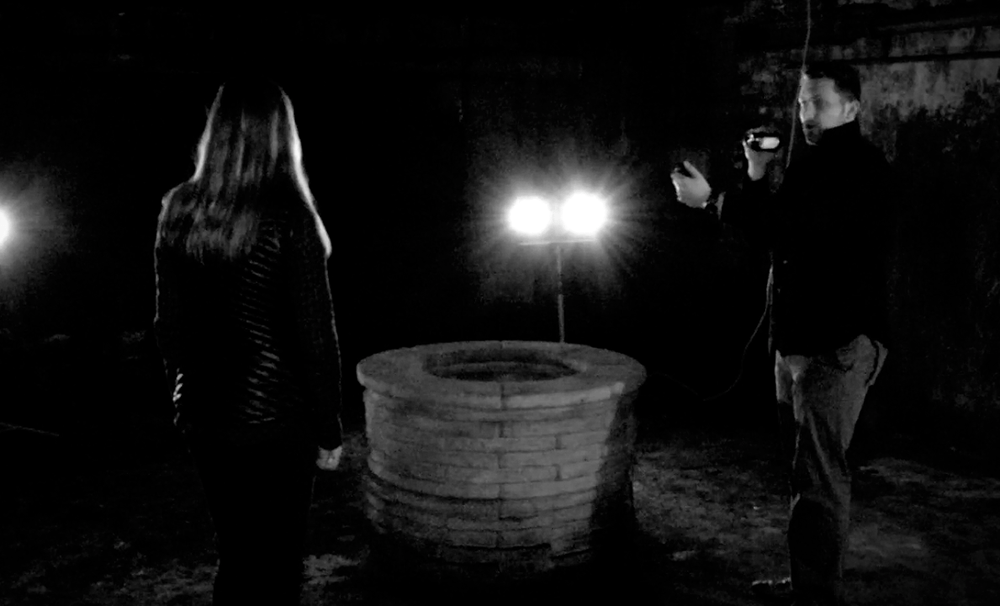 Yes, I was pulled out of the movie magic a few times by odd dialog, but I was pulled right back in with heartfelt interviews from the paranormal crew, a genuinely creepy setting, and a monster who knew when to make appearances. The Devil’s Well had the potential to be way worse based on the Found Footage aspect alone, but it showed us that these styles of movie still have a few tricks up their sleeve.

What The Devil’s Well lacks in Hollywood big-budget screams, it makes up for with atmosphere. And sometimes that can make all the difference.