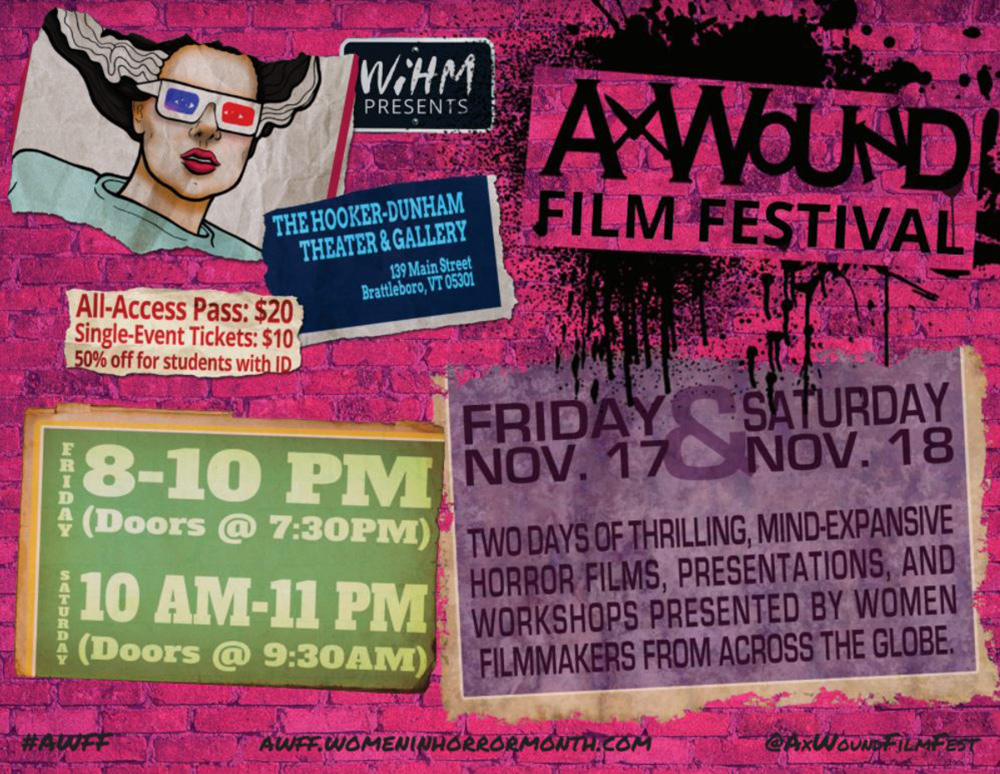 The Ax Wound Film Festival (AWFF) is back with an expanded roster of thrilling and mind-expansive horror films from women filmmakers across the globe. This year, AWFF will offer two days of over 40 short films, a filmmaker-in-attendance Q&A, and engaging presentations from leading women horror writers, artists, and directors, all at the Hooker-Dunham Theatre & Gallery in downtown Brattleboro, Vermont beginning on Friday, November 17th.

“The event turned out to be such a wonderful and successful experience for the local community, the filmmakers who attended, and the family vibe that developed into the second year,” says festival founder Hannah Neurotica. “There were also so many incredible films, workshop and panel ideas that I wanted to have and one day just wouldn’t cut it. Due to our generous sponsors, we were able to stretch our programming. Everyone involved from organizers, speakers, guests, sponsors, and attendees are involved for the love of horror and helping create visibility for women filmmakers and inspiring new ones of all ages.” 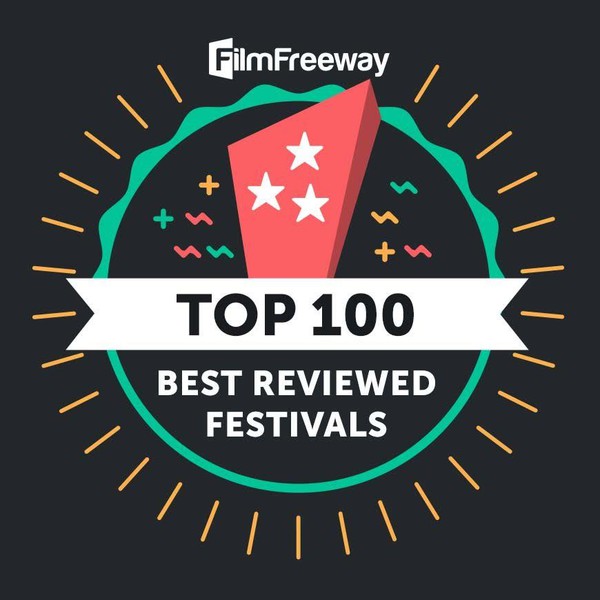 The Ax Wound Film Festival continues to grow in both interest and popularity with an eclectic program that everyone from film buffs to filmmakers will love. Alison Lang, author of Rue Morgue Library’s Women With Guts issue will be leading a discussion on “Horror in the Trumpian Era,” artist Cassandra Sechler will host a video workshop on how to create gory special effects, Jay Kay of Horror Happens Radio is back to facilitate his own brand of ‘Inside The Filmmakers Studio’ with a Q&A session, Brooklyn-based media company 4Mile Circus will be broadcasting live with a discussion about how filmmakers can utilize trans/crossmedia, and the crowdfunding platform Seed&Spark will be represented by filmmaker Christina Raia with a workshop on how crowdfunding can be a step towards building a filmmaking career. 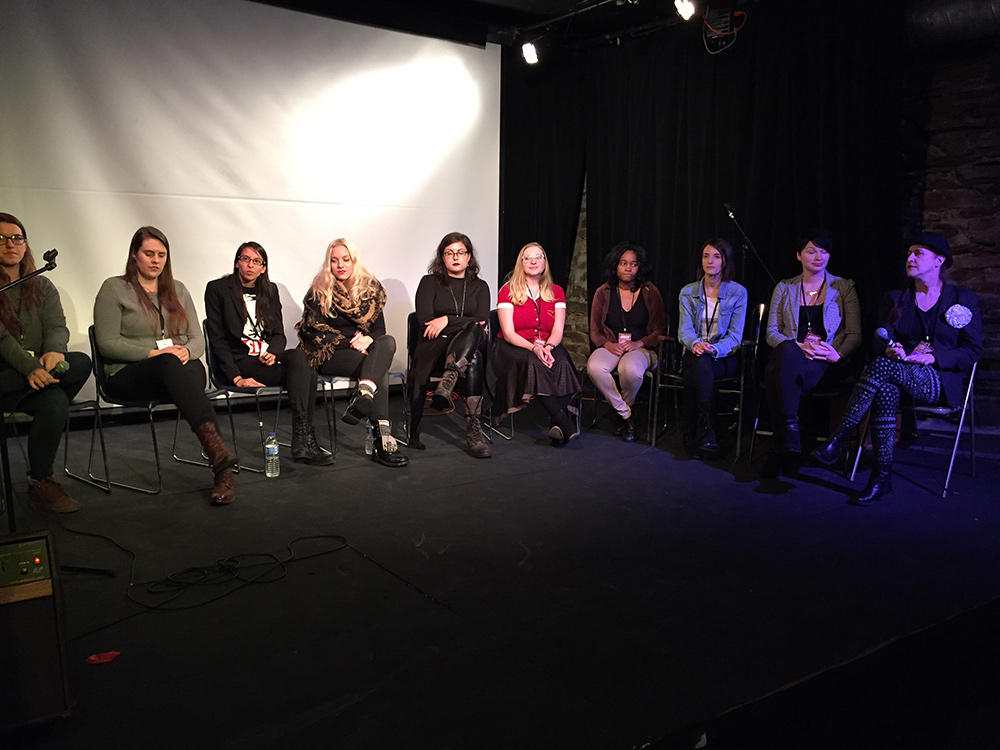 The film selection is equally diverse in representing both who’s telling the story and horror’s many subgenres. Hannah notes the importance of Ax Wound’s evolving mission to show that women interested in directing horror films come from a variety and social and cultural experiences.

Ax Wound has carved out a space for diverse voices and perspectives, from first-time filmmakers to industry movers such as Gigi Saul Guerrero and Devi Snively. Only through this action will horror become more rich, enjoyable, and fresh.

Combined, this talented 2017 class of film selections demonstrate the ambition of artistic creation and Ax Wound’s attraction to those on the cusp of mainstream prominence. 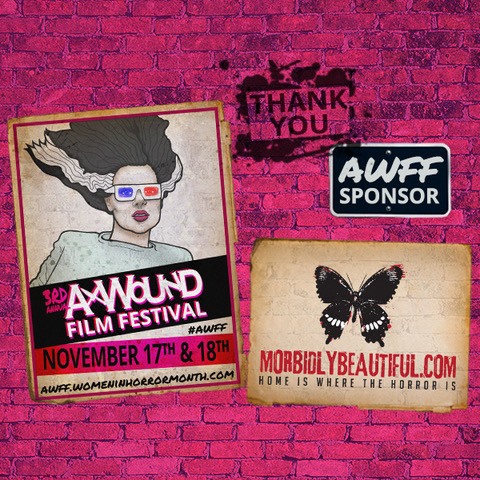 One of the Top 100 best reviewed festivals on FilmFreeway and described as fostering a “strong sense of community,” the Ax Wound Film Festival is an annual event showcase for women who write and/or direct films within the horror genre. Ax Wound is a part of the grassroots movement towards equitable opportunities for women from all walks of life in the entertainment industry. The festival offers additional programming with panels, discussions, and networking opportunities in order to turn conversation into action.