Find out what happens when a B-horror movie collides with a gruesome real life horror story that shocked a small rural Iowa town over 100 years ago. 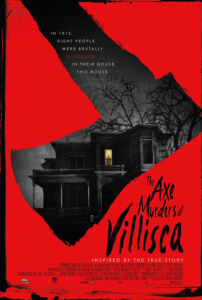 While trying to determine what to use as an opening movie for this new column on Morbidly Beautiful, The Axe-Murders of Villisca jumped out on me on Netflix.

You see, I spent several of my elementary years in the next town over, and The Villisca Axe Murderer was our boogeyman (ignoring the fact that at this point, the murders were already over fifty-years old).

It was a part of our lives — from threats from parents to get us to behave to the ghost stories we told each other at sleepovers. 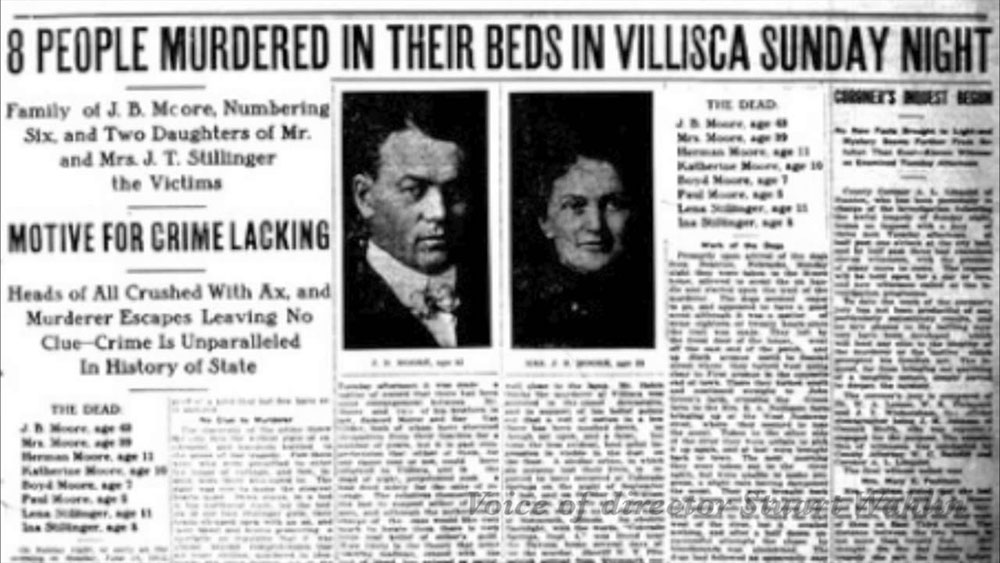 The real murders happened in the small Iowa town of Villisca in 1912. A family of six and their two houseguests (a total of six children aged 5-12) were all viciously murdered one night in June. An axe was the murder weapon. Beginning the with parents, the killer proceeded to murder each in turn, saving the two visiting children (asleep on the first floor) for last.

Although there were several suspects (one person was even tried twice — the first trial ended in a hung jury and the second an acquittal), no one was ever convicted of the crimes.

There have been books, documentaries, and even an episode of “Ghost Adventures” dedicated to the event. If you find yourself traveling through southern Iowa, you can tour or even spend the night in the Villisca Axe Murder House. 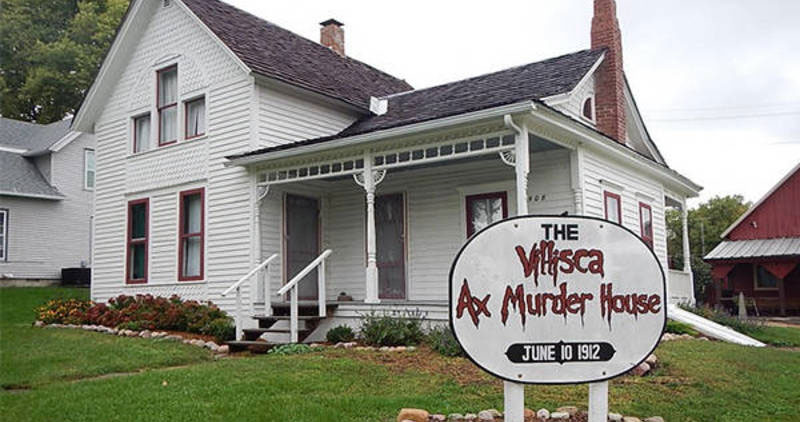 My initial excitement about the movie didn’t last long.

The movie is not about the horrific crime, though we see a flashback at the beginning and others throughout the movie. Instead, it is set in modern times as two friends Caleb (Robert Adamson) and Denny (Jarett Sleeper) who fancy themselves paranormal investigators decide to go investigate the Villisca Axe Murder House. Bringing along new girl Jess (Alex Frnka), the trio decide to break in and explore the house at night after getting kicked out during a tour. 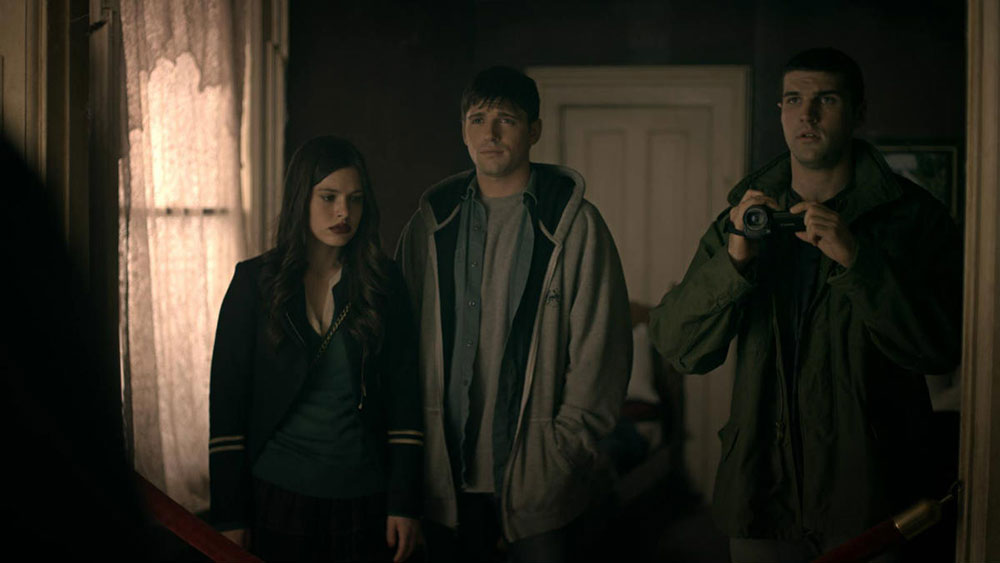 It’s messy (and not in a good way) as the story jumps all over the place and never really establishes the story it’s trying to tell. There are too many inconsistencies and subplots that undermine the movie.

As for the facts of the actual case?

The house in The Axe Murders of Villisca looks nothing like the actual house, and it takes some pretty major liberties with the story, most disturbing being the casting of the then 21-year-old Madison Lawlor as the oldest houseguest (who in reality was only 12) and giving the movie a subplot where she let the eventual killer (Reverend George Kelly as portrayed by Sean Whalen, an actual suspect in the real case) in for what appears to be a romantic tryst. 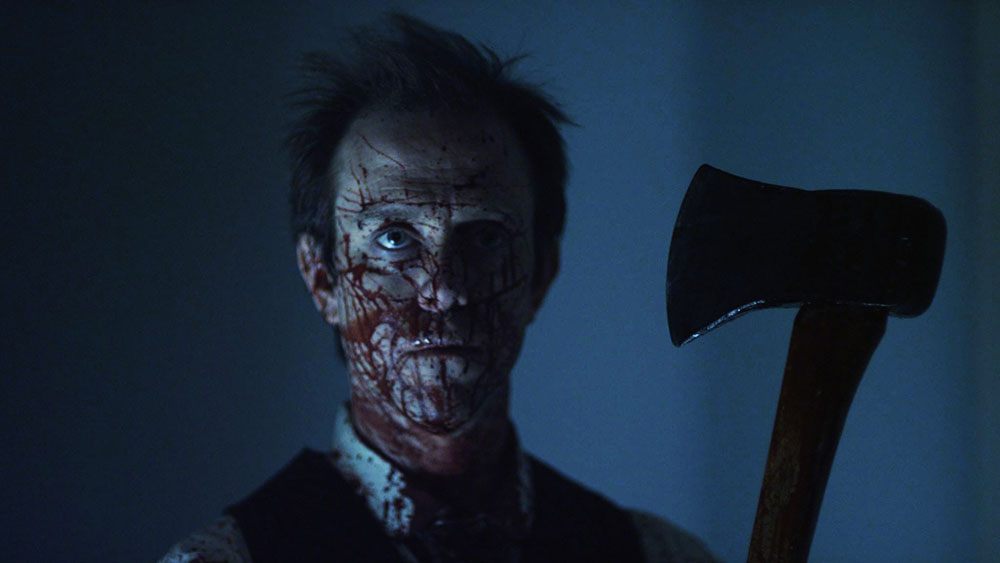 All of this could be forgiven if the movie’s third act wasn’t a complete mess.

A decent young cast has most of their work undermined by poor writing, with much of the ideas of the film seeming to come from a 2014 incident at the house where a Wisconsin amateur ghost hunter stabbed himself in the chest (although there is a codicil at the end of the movie saying any events in the movie similar to that are coincidental).

It’s sad because the movie sets itself up very well, and then it begins to fall apart once we get to the actual house.

If you are interested in learning more about the actual unsolved murders that took place in Villisca, Iowa, I would highly recommend the documentary, Villisca: Living with a Mystery. It’s a gruesome piece of Iowa history that lives on today.