This week took a heavy toll; after the claustrophobic Bug and the true-crime tragedy of The Lost, I believe I may need some quality therapy.

The Lost punched me so hard in the chest that my ribcage wrapped around my spine like a Slinky, and Bug pinched me by the throat so tightly that it made me forget to breathe.

Ray Pye (played by Marc Senter), the villain of the film, is captivating and terrifying due to his dynamic, forceful personality. His charisma makes him dangerously appealing, and I want nothing more than to win his approval — as if I suffered from a twisted high school-level Stockholm Syndrome. I could imagine myself quietly begging for his acknowledgement.

Watching Ray Pye dominate and abuse his friends reminds me of the same feelings I had when I was a child, exploding in a joyous rush when a bully let me in on a joke, or sighing with relief when he aimed his hostility at someone else.

The Lost is about three friends: Ray, Timmy, and Jennifer. Ray and Jennifer have been a couple for a very long time, and that secretly tears Timmy to pieces. Timmy knows how much Ray cheats on her, and how much of a womanizer he is. Ray is also one of the most hostile, arrogant, and all-around awful people in existence. But watching the interplay between the three youths is fascinating, because Ray has such powerful personality and magnetism that they follow him like lost puppies.

What little there is of plot is superfluous. The three teens are hanging out in the woods partying. Ray discovers two classmates in another area of the woods, sunbathing in the nude. Once he gets the idea in his head they are lesbians, he decides to kill them. For kicks. Just to see how it feels.

The ensuing murder scene is horrific and tear-inducing. Ray’s behavior is beyond simple cold-heartedness. It seems like he doesn’t even consider his actions important enough to say “I don’t care.” He sits in front of one of the dead girls and has a hot dog and potato chips. He just looks at her, the way one might watch a television show, without a care in the world. Because it is his world, after all.

The other girl manages to escape, despite her injuries. She is useless to the police, however, because she falls into a coma and dies. Four years later, the case is completely cold, although everyone seems to know Ray did it, due to his reputation and attitude.

The rest of the movie dangles you over the edge of a pressure cooker, wheezing steam and bubbles, threatening to explode. From the first moments of the film, it is obvious that at some point, Ray is going to lose his “cool” and have a gun-blazing temper tantrum. It’s a very intense experience watching the events of the film push him closer and closer to that moment.

This isn’t just a lurid spectacle of homicidal teen melodrama, however. Director Chris Sivertson and producer Lucky McKee infuse it with clever, subtle sound effects and skittering editing to demonstrate the decaying grip Ray has on reality.

Readers of the book it is based on will remember the references to the nervous swatting tics and fly noises Ray imagined. The swatting and fly buzzing is in the movie as well, which is a keenly-realized detail. The true innovation, and the thing that turns this into essential viewing, is the subliminal color palette. Chris Sivertson enshrouds each of the main characters with a different lighting and color scheme to match their personalities. Ray Pye is mostly surrounded in blunt blacks and whites. His girlfriend Jennifer is under the cover of blue, since she is usually very sad. Timmy can be found in the presence of dull, earthy colors, since he is a very quiet and blended-in presence. One of Ray’s love interests, Katherine, is ravishingly sexual. This cocoons her in an almost constant glow of silky reds and pinks. And finally we have Sally, a bright and cheerful character, who is therefore shot in bright yellow-based colors.

It is a fascinating visual magic trick to watch, and it gives the characters an extra charge of personality, almost like psychic radiation. I will give away nothing else except to say it is one of my favorite non-horror horror movies. Bug was originally a stage play, and I can only imagine what an exhilarating experience it must have been to see it. Ashley Judd plays Agnes, a lonely waitress in a rural Oklahoma bar. She lives in a motel room, psychologically napalmed by the disappearance of her son and the past abuses of her ex-husband Jerry (played by Harry Connick Jr.).

Two events turn her already morose and blackened existence upside-down: Jerry gets out of prison, and she begins a relationship with an exquisitely creepy Gulf War vet named Peter. He says sweet things to her and keeps her warm at night, but he shows obvious signs of PTSD.

Or did the medical experiments he says the government performed on him really happen? 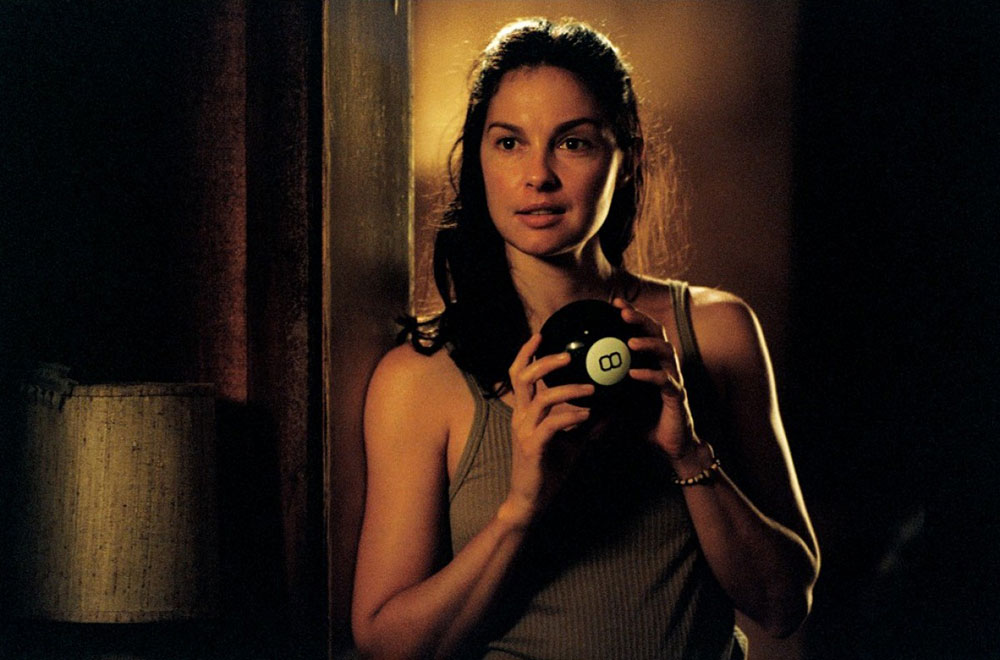 The film bounces your mind back-and-forth between believing Peter and fearing the screws in his mind will further loosen.

As they become closer, she begins to completely believe him and buy into his paranoia. She begins to see the same “bugs” all over the apartment that he sees. They wallpaper the entire place in aluminum foil (so the government can’t hear them) and hang blue bug zappers everywhere.

Her ex-husband Jerry is not making life any easier for her. He is a classic, wife-beating good ‘ole boy, and doesn’t approve of Peter in the slightest. These three flawed, frightened, and fiery personalities clash in the motel room, and … 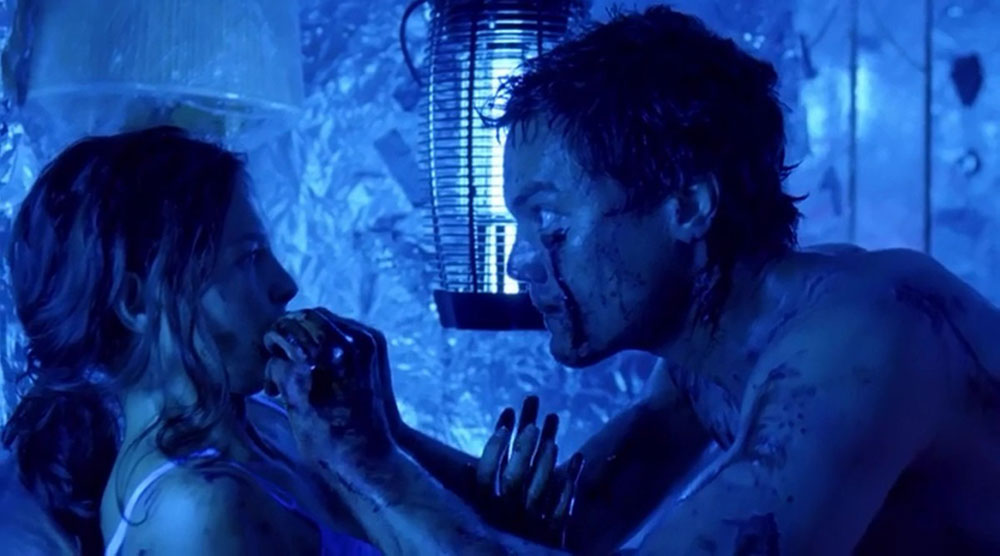 I’m not telling the rest. This one blew my mind. Trust me, your jaw will be on the floor.