Day 8 of AxWound offered a selection of powerful and entertaining films exploring culture, identity, the pain of the past, and hidden power.

EDITOR'S NOTE
Our extensive coverage of the AxWound Film Festival continues, a festival that celebrates, spotlights, and champions the marginalized voices of horror. For Day 8, our Morbidly Beautiful Short Horror Editor does an incredible job covering the final short horror block of the fest.

The Ax Wound Festival rounded up its public presentation of short blocks on Friday. And, as expected, the festival ended its short horror programming with a bang. Filled with vampy tales and lots of artsy styles, short block G delivered the goods and reminded viewers of the genre’s depth and what makes us love horror so much.

This block included shorts about a secret club that tempts seven women with success and wealth, a tragic ghost story, a trippy quick piece full of stop-motion magic, a vengeful vampire story, a hilarious capturing of modern vampires — and wrapping it up with an unexpected kind of prowler. 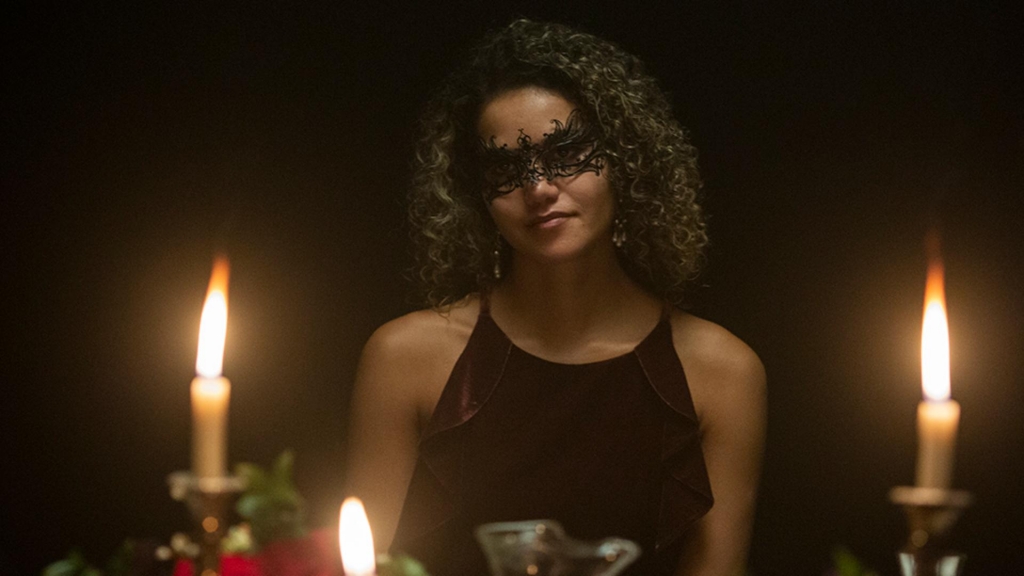 A group of women is invited to restart a men’s club from centuries ago when they are surprised by unexpected guests.

Set at a table covered in a feast fit for Queens, seven women surround a table in masquerade-style masks. They all learn they are there, invited by Sarah (Emma McDonald), to join The Everlasting Club.

Their first impression of this really old all-male group, seems occultist to the women, problematic to say the least. Instead, Sarah explains it as being just about manifesting your dreams and goals, without any blood sacrifices or anything bad! The women excitedly agree and they all begin to sign the book, acknowledging their new membership.

Unfortunately, reflecting a world that is really trying but struggling to progress socially and economically, the past of this club goes beyond the grasps of these women. The deciding authority of what actually happens to this group is still up to the reigning powers, who have never let go.

The Everlasting Club, shot during lockdown, was written and directed by Joy Wilkinson, an award-winning playwright who writes for television, film, and theater. She explains her vision for the film.

“The recent responses to the Times Up, Black Lives Matter and other such social movements have been heartening, but underneath that, many old power structures remain intact and darkness still pervades, both within our industry and across the wider world.”

A very modern twist on an old ghost story, Joy describes this film as one of her passion projects and proof-of-concept for a longer-form version. One of Den of Geek’s ’50 Brilliant Screenwriters to Watch Out For’, you can see more of Wilkinson’s work here.

After moving into her childhood home, strange things start to happen when a woman, her daughter, and her partner are faced with their actions and the consequences to them.

The Fox opens with Su (Ra Chapman) reading a bedtime story to her daughter about foxes themselves, the crafty little creatures. Upon being tucked into bed, Su’s daughter Nari (Lily Mayer) expresses her discomfort with the home. There’s something hiding in the shadows that is about to reveal itself.

Su’s partner Hamish (Gabriel Carrubba) arrives home from work where they begin to argue. The dynamic between them and Nari is tense,  and it’s nothing but unnerving to see that the darkness of the house comes from the family that lives there.

Taking a turn in the narrative, the truth is brought forward and it is horrific, detailing a family that has been through the unimaginable.

Director/writer Kate Murray created The Fox for her Master’s Degree at Deakin University. Her interest in the dynamics of motherhood, venturing further into the idea of the “monstrous mother”, provided her inspiration for the film.

Learn more about the heartbreaking and haunting film The Fox here. 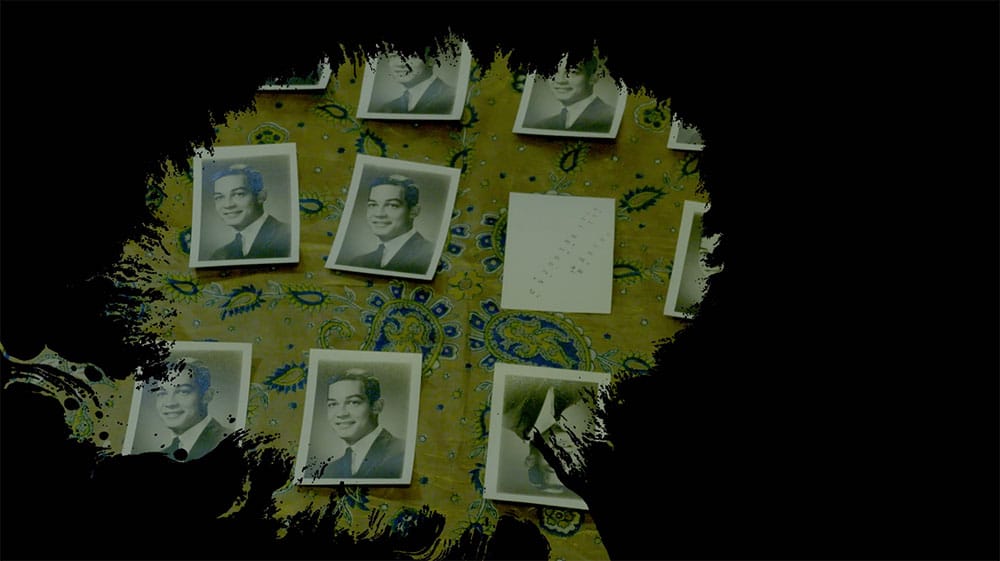 A hallucinatory quest into the past, that combines the personal and global when considering what came before and what that means for an ill-fated future.

Brilliantly playing with stop-motion effects, How Many Spiders? is if anything, the most artistic exploration into the past and future at the festival.

Capturing the viewer’s eye with the unusual, this two-and-a-half-minute short contains more detail than most.

Created by Dycee Wildman, it is evident she holds a special place for the dark and creepy in her heart. Watching inanimate, and sometimes sharp, objects come to life and send messages to us, is purely disturbing.

See more of Wildman’s work here — and if you’re brave enough, see more of How Many Spiders? here. 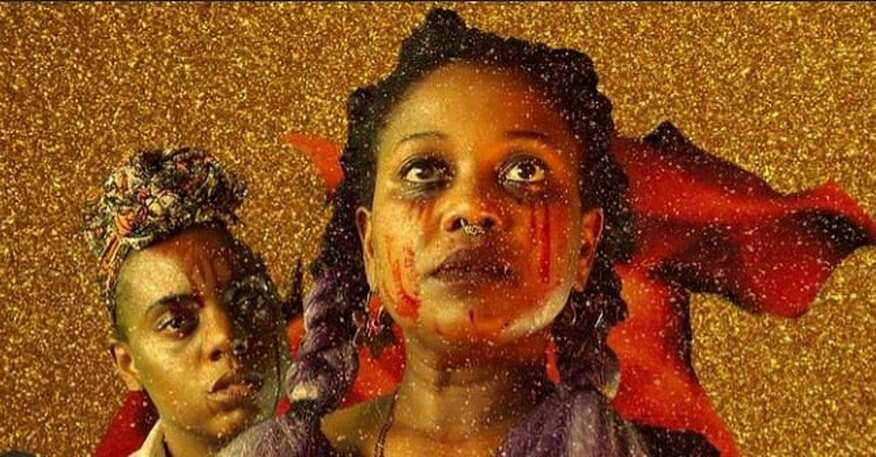 A Black queer woman living in Philadelphia attends a rave where ancestral warfare wreaks havoc on the bloodline of an unfortunate partygoer, connecting them to a world of blood, ritual, secrets, and vengeance.

At the beginning of Bitten, A Tragedy we are introduced to Lydia, a Black queer woman, a unique kind of vampire, set out to destroy racist bloodlines. Exploring her city, she ends up at a party where she meets and goes home with DB, a white queer person with a lineage that interests Lydia.

Once DB asks Lydia an insulting question regarding her race, Lydia confronts DB but is only brushed off at first. The conversation turns violent, and Lydia and DB face their ancestors intertwining past.

Taking on an abstract story-telling style, Bitten, A Tragedy entertains the possibilities when truths are exposed and the horrors of racism meet “Lady Death”.

Diving into the concept of ancestral warfare in African Traditional Religion, filmmaker Monika Estrella Negra has created a surreal but timely exploration into the history that still manipulates and motivates our social surroundings.

A small film crew is hired to film a commercial for a local house of female vampires that run a small business.

Specifically for fans of What We Do in the Shadows (which happens to be what writer/director/actor Pia Thrasher watched and based this short on), Things We Dig is a hilarious female take on the same idea of vampires living in modern society.

The four vampires Kuni (Thrasher), Helgi (Cat Forrest), Lucretia (Jennifer Larson), and Brynn ‘The Hacker’ (Morgan Marlow), live together trying to make extra money with their small business Insta-Grave Diggers, a cleaning service for fellow vampires needing to dispose of their meals. They’ve hired a small film crew to film a commercial for them, lending the short itself to the faux-reality show genre.

Things We Dig is a playful kind of silly with all the jokes you’d hope for in a film like this, like, a young girl playing the oldest of the group, one of the vampires having a Joan Jett phase and struggling to keep up with the daily haircuts, and general creative choices that, for some reason, are more ridiculous when vampires do them.

Having its own long journey, Pia Thrasher explains that this project was a difficult one to complete. Being brought to life only after personal emergencies, financial losses and struggling to find the right location, Things We Dig is a collaboration of great effort and teamwork. 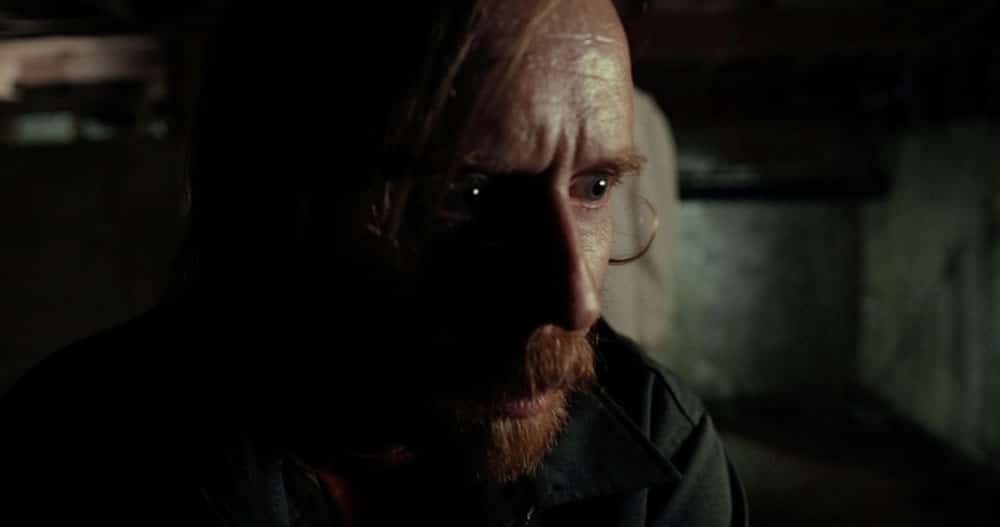 Hoping for a quiet night in, a woman encounters an unwelcome intruder.

When alone for the evening, a woman (Diane Behrens) is warned by Officer Fox (Casey Whitaker) of a prowler. Someone has been attacking women in her area, and she just so happens to be his type.

Unfortunately, the warning isn’t quite enough. The man has gotten into her home, disturbing her night, and she is left to defend herself. Proving to the man with what she’s capable of, the conclusion to this film is a bloody, yet surprising one.

An exciting and unexpected short, The Watcher really explores the idea of underestimating those who have been traditionally identified as weak.

Directed and written by Meg Swertlow, she explains her tendency to tell stories of women subverting expectations as someone who likes to do just that.

“I believe we need more female voices in horror, which is why I wanted to make this specific short film. In WATCHER, influenced by Countess Marya Zaleska in DRACULA’S DAUGHTER (1936), I lean into the audience’s perception of the frailty of older women. Because The Woman is older we, as a viewer, assume she’s prey, but it in truth she’s the predator. And that’s where all the fun is.” – Meg Swertlow