Despite some great visuals and chilling moments, flawed production value and a limited script prevent “Bad Apples” from achieving all it sets out to do. 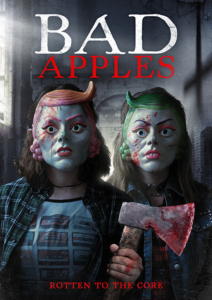 Written and directed by Bryan Coyne, the 2017 slasher Bad Apples has a lot going for it; in addition to the creepy poster art and the chilling plastic masks that the two youthful killers wear throughout the film, the movie takes place mostly on Halloween, which enables the creators to fill the picture with all the haunting imagery of the spooky season.

Adding to this promising mixture is the plot — which, although fairly simple, has a decidedly eerie ring to it. On a dark Halloween night, two “bad apples” — the young girls wearing the plastic masks — decide to wreak havoc on those unfortunate (or foolish) enough to not celebrate the holiday. 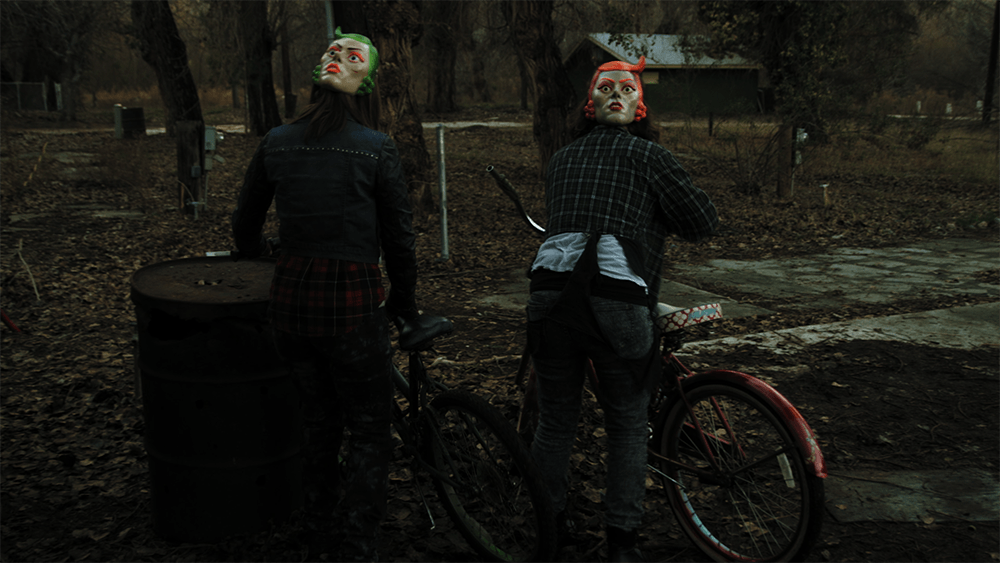 The credit sequence, which shows the masked maniacs riding their squeaky bicycles throughout town, has a sinister and almost otherworldly vibe, and the early murder of a high school principal is sudden and ferocious.

As mentioned above, Bad Apples appears to be heading in the right direction…up until the point where the film’s multiple flaws really hinder the viewing experience. 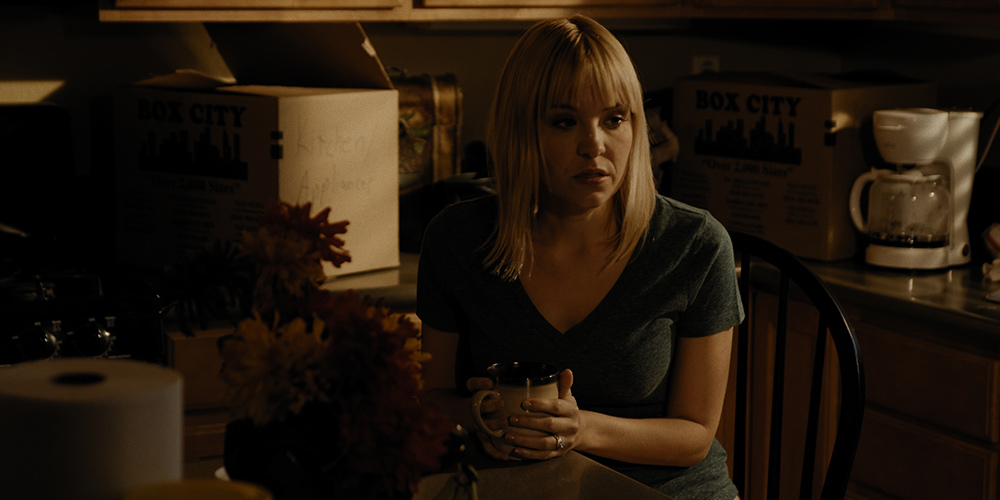 Almost immediately, the weaknesses of the script become apparent; the dialogue is often repetitive, sophomoric, and uninspired; rarely does it reveal the intricacies of character or serve to promote the plot in an engaging way.

The husband and wife in the film (who have recently moved into the neighborhood where the two masked killers roam) have lengthy conversations about mundane topics, while a visit from a neighbor reveals the awkwardness of dialogue that rarely rings true. 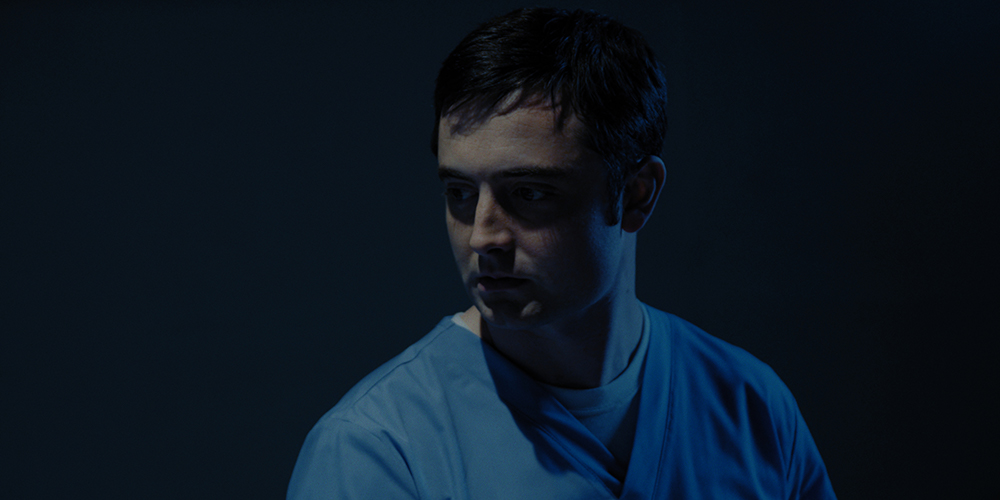 In fact, Bad Apples is most effective when the characters say nothing at all, such as the two killers who stalk the night without making a sound, or some sequences near the end that rely more on suspense and horror than on words).

That the sound mix is often uneven, and that many scenes are shot in near darkness, only contribute to the picture’s problems. The acting is neither great nor poor, and the overlong “coda” at the end further demonstrates the “info dump” that ultimately becomes the screenplay. 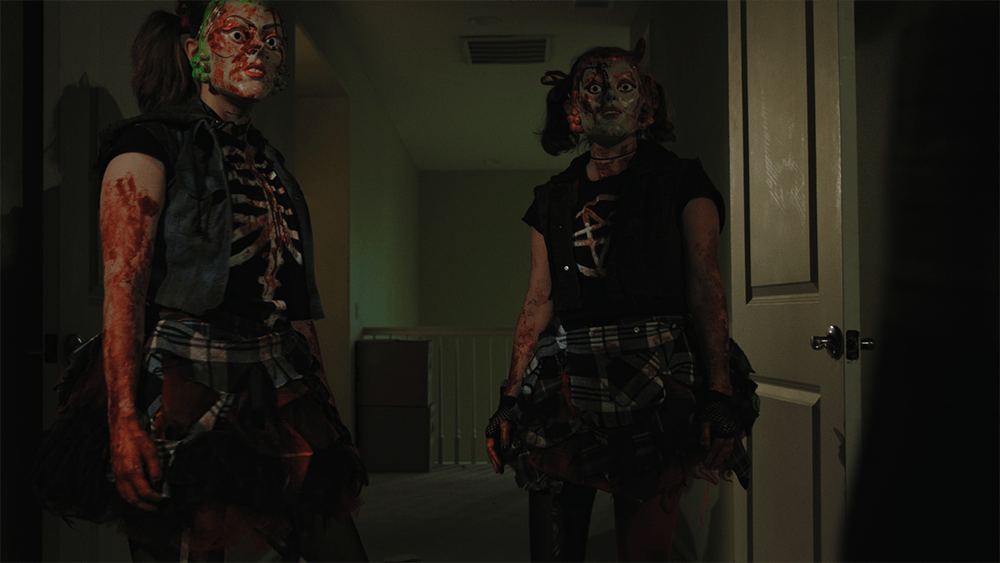 Now — despite these major missteps — the filmmakers behind Bad Apples do show a lot of promise; the kill sequences, especially in the latter half of the movie, are effective, and the sly, almost robotic movements of the young killers will chill the bones.

One scene involving a gutted body and a candle is delightfully over the top and gory. In addition, the two murderers have a fairly intriguing backstory (although the backstory is revealed almost entirely through a lengthy monologue that comes at the end of the film). 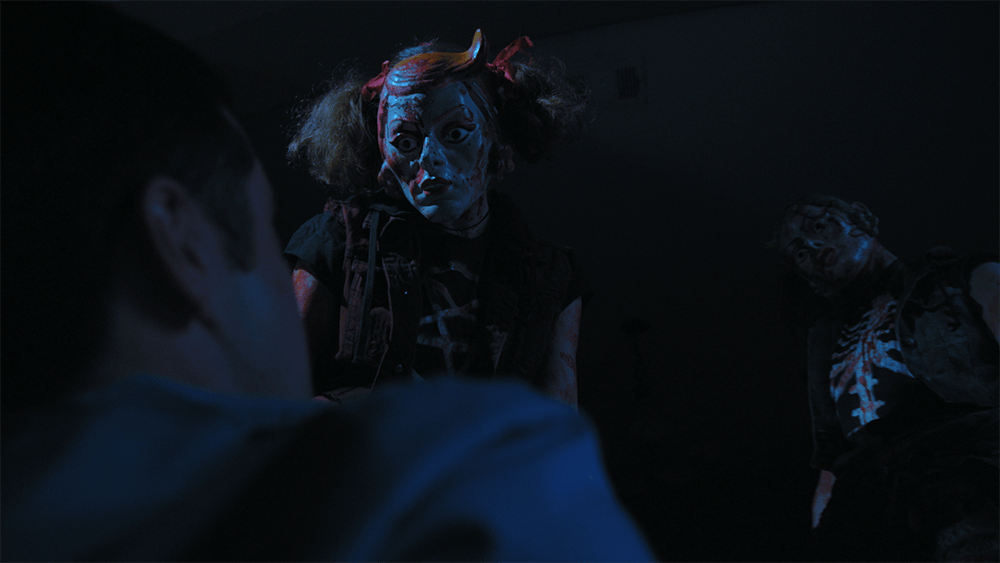 The movie’s imagery — especially the blood-spattered masks and the unique ways that the girls dispatch their victims — is its most impressive trait. Similar to The Strangers, but without the nail-biting tension, Bad Apples is worth tracking down if only for these reasons.