A host of uncomfortable topics and quality special effects make for a unique film with one of the best horror titles of the eighties. 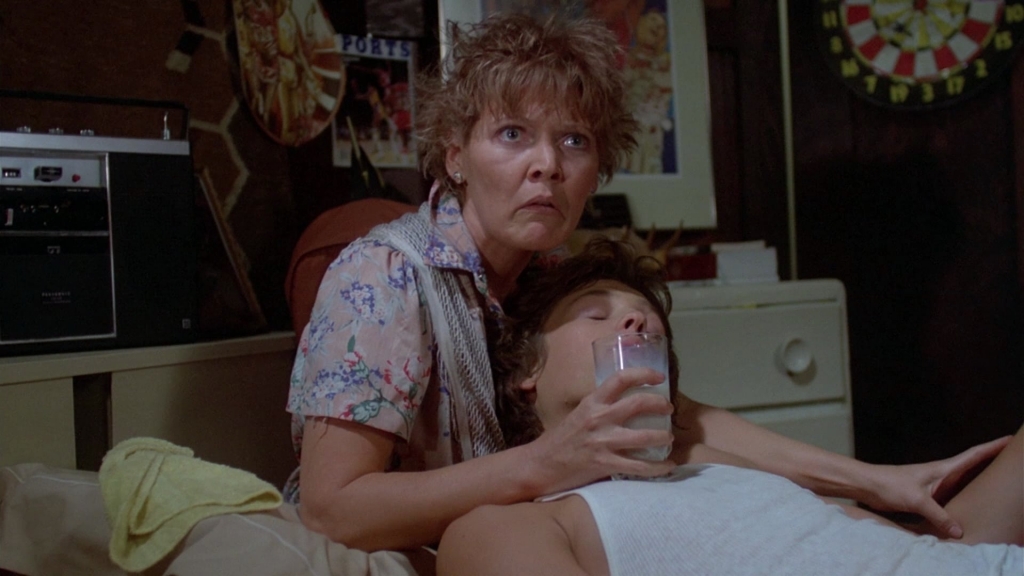 Orphaned Billy Lynch lives with his Aunt Cheryl who becomes violently psychotic when he plans to move away for college. Let’s dig into 1981’s “Butcher, Baker, Nightmare Maker”, directed by William Asher!

Repackaged for home release with the title Night Warning makes as much sense to the film as the original title, but less of a rhythmic charm. Nominated for a Saturn Award for Best Low Budget Film but losing out to Fear No Evil, it has earned its cult status thanks to scarce availability.

The opening scene is a perfect display of the eighties special effects golden era, as we see a head decapitated by a log in a car accident. This is Billy’s parents, setting up the base of the story which has less meaning than implied. Billy is raised by his Aunt Cheryl, who suddenly goes a bit mad when the prospect of Billy heading off to college and moving away with his girlfriend comes up.

The incestual overtones are heavy. Not to be rejected, Aunt Cheryl propositions a repairman, Phil Brody, and when he deflects her advances she murders him — with Billy witnessing the killing — and claims he tried to rape her.

Here is where the thick of the plot comes in. The homophobic Detective Carlson investigates and is suspicious of Billy and Aunt Cherly immediately in a grueling, drawn-out scene that does very little in the way of advancing the story.

Most of the rest of the film is spent building up hatred for Carlson as his bigoted case against Billy will not be deterred. He forces a gym teacher, who is gay, to quit and suspects Billy, the Gym teacher, and Phil Brody were all part of a love triangle as the real motive for the murder. The dialogue will make you uncomfortable but Carlson is never treated as being in the right, which can’t be said for a lot of homophobic dialogue and plot points throughout older films.

As commendable and prescient as the condemnation of Carlson is, it lends to muddy the waters.

It’s hard to understand who the antagonist in the film is. Obviously, it ends up being Aunt Cheryl as the ruse of maternity reveals she’s homicidally insane, but the time spent on Carlson is plentiful enough to make it unclear.

Though some of the performances have been lauded, I would say it has some of the worst “bad acting” I’ve ever seen, but eccentric enough to be worthy of a watch. 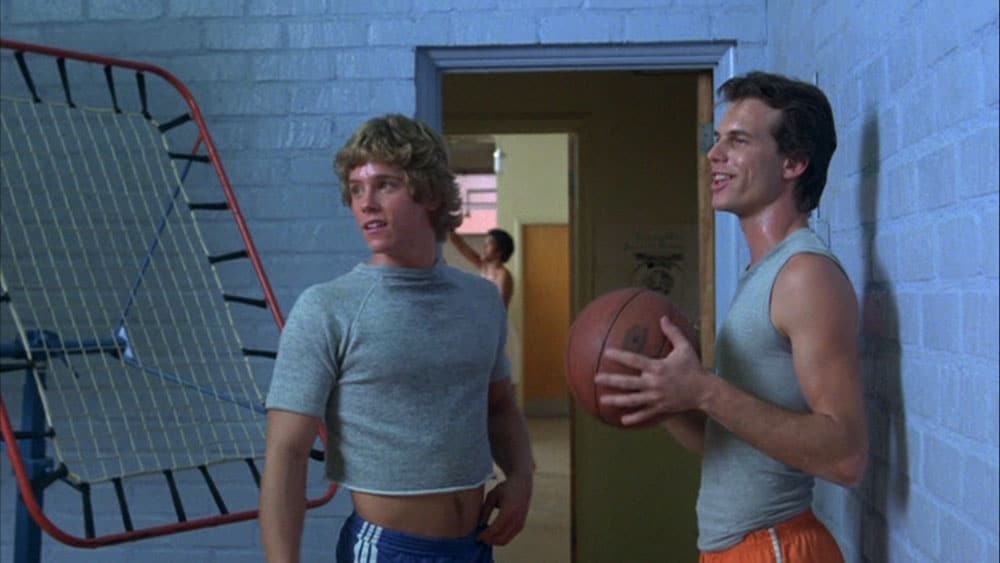 Bill Paxton, the legendary xenomorph, predator, and Terminator victim plays resident bully Eddie, in the type of role he so greatly excelled at in Weird Science.

Susan Tyrell (Aunt Cheryl) was Romana Ricketts in Crybaby, and Queen Doris in Richard Elfman’s Forbidden Zone — which features a criminally obscure and underappreciated score by his brother, none other than Danny Elfman in his first credit. Created while Oingo Boingo was still active.

Britt Leach (Sergeant Cook) is one of those faces you know from so many films. Everything from Weird Science to The Great Outdoors.

As I’ll cover in the “Heartthrob” section, the sexualization of high school-age characters never ceases to disturb. 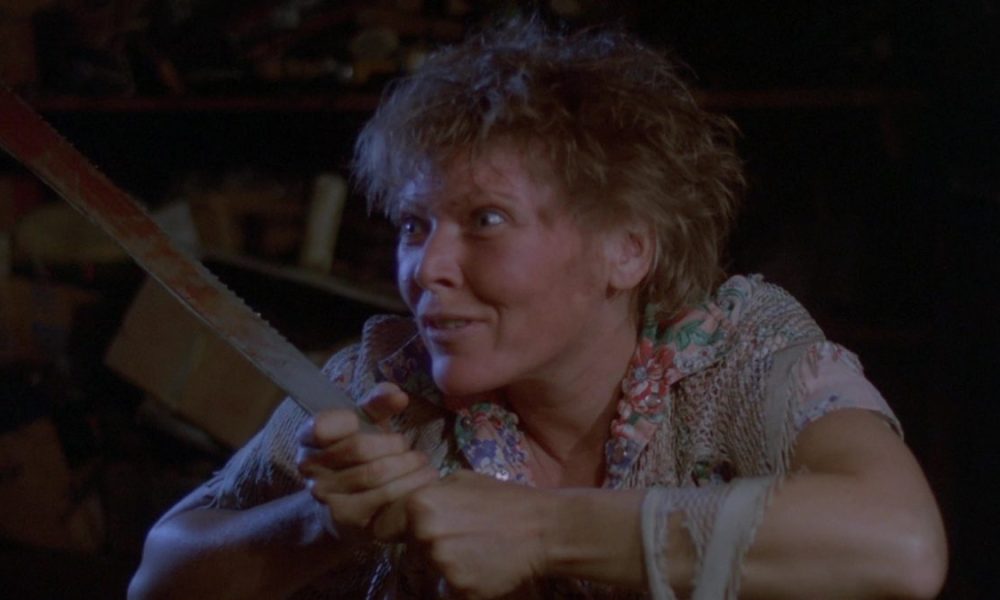 They really focus on creating Billy as the most wanted sex symbol in the story. Gay men want him, Julie wants him, his Aunt ants him… it gets uncomfortable (an understatement) sexualizing a supposed seventeen-year-old this way, but it doesn’t stop the gratuitous butt shots.

It’s a bizarre storyline with heavy material. The incest angle and the homophobic Detective would surely be radioactive material in the current political climate. Even though Detective Carlson is treated as repugnant throughout the film and is so vile he can almost be considered the main villain, it would take a brave soul to tackle this one.

Code Red released a Blu-ray and it’s also available to stream on Shudder.