Beyond Fest and The Cronenberg Experience 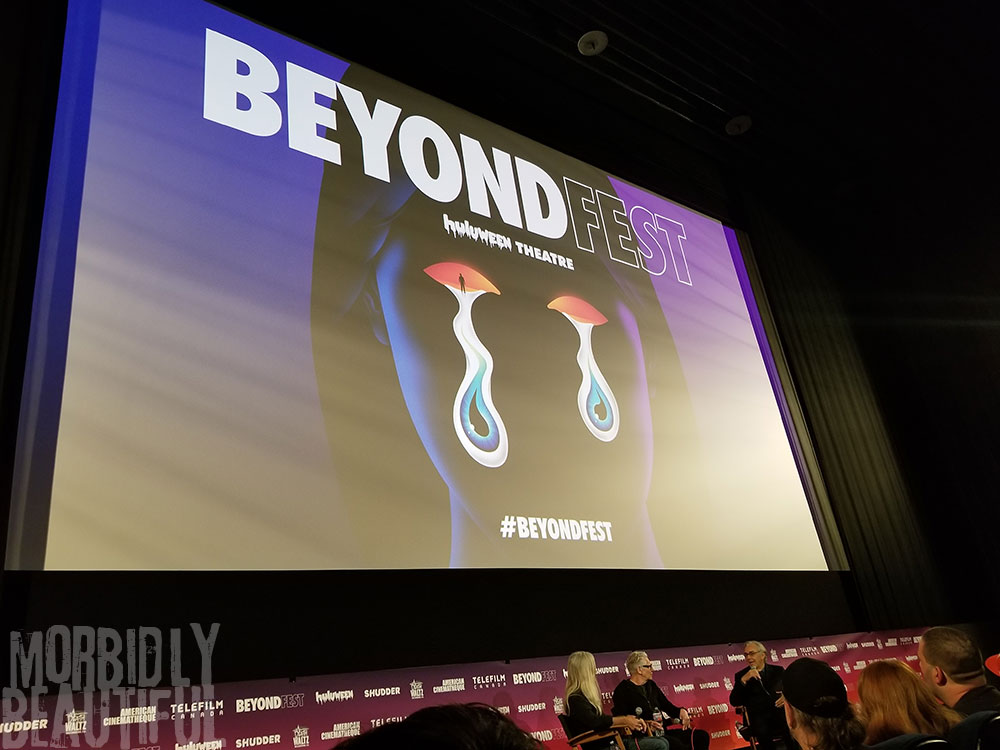 The Los Angeles based Beyond Fest pulled a serious rabbit out of their hat this year. News of David Cronenberg (Videodrome, A History Of Violence, Rabid, The Fly) making an appearance at the festival spread like wildfire and fueled the obsessive need for fans to obtain tickets to one of the most coveted events of the year.

I admit, I was one of those people who simply lost their shit when I found out I could possibly attend a screening of one of Cronenberg’s films, with a Q & A following that would be moderated by more special guests. The ambitious Beyond Fest, in only its sixth year, boasted not only an incredible line up of genre films to be screened (Dragged Across Concrete, Lords Of Chaos, The Queen Of Hollywood Blvd.), but also the unprecedented opportunity for fans to see Cronenberg in person.

It was almost unbelievable the selection of films, moderators, and fellow guests listed for the Cronenberg with Cronenberg: A Retrospective of the New Flesh (check out the lineup here. 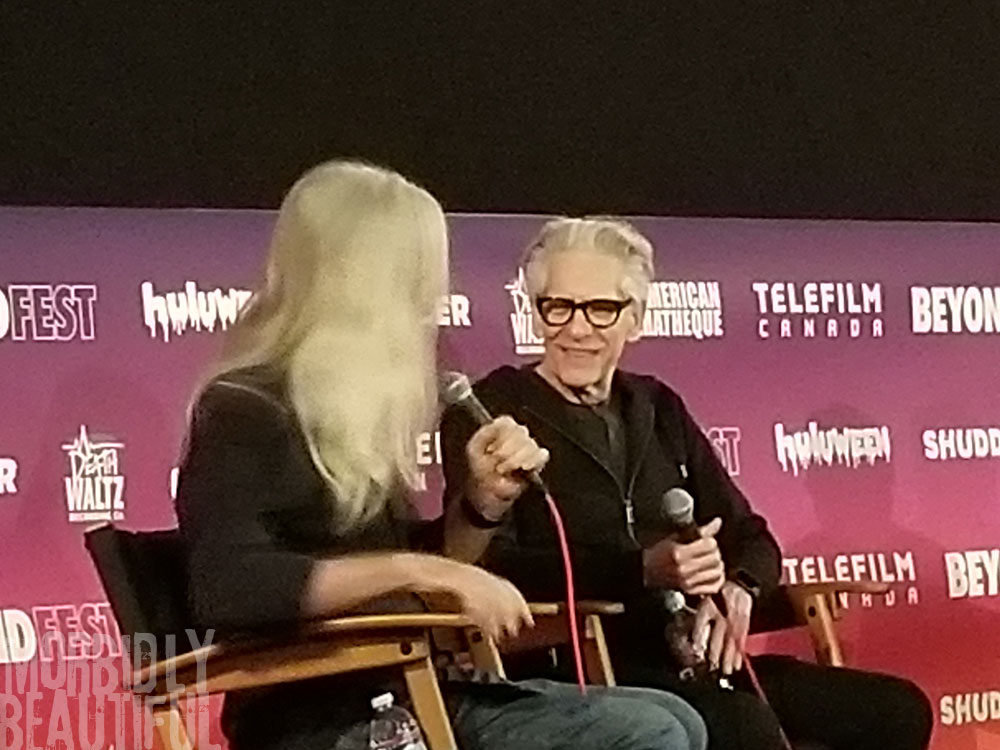 It made my mind melt, heart swell, and quickly bore an intense need that I acquire tickets to any one of these fucking events. I needed this in my life. Of course, quite a few others felt this way too, and when Beyond Fest green lit the sales on September 1st, it was a race to purchase your golden ticket to see a cinematic God.

Somehow, I was able to earn entrance to one of the screenings without having to conduct an elaborate human sacrifice. After several attempts for several different screenings of the Retrospective and coming up empty handed, I felt utterly defeated, even becoming slightly angry at myself for getting my hopes up. Then, for some reason, my partner in horror and life suggested we try again.

We were then successful, being able to purchase tickets to the 35mm presentation of Dead Ringers followed by a Q & A moderated by another legend, Mr. Mick Garris (Masters Of Horror, Critters 2, Sleepwalkers) with award winning composer Howard Shore and the Master himself, David Cronenberg. 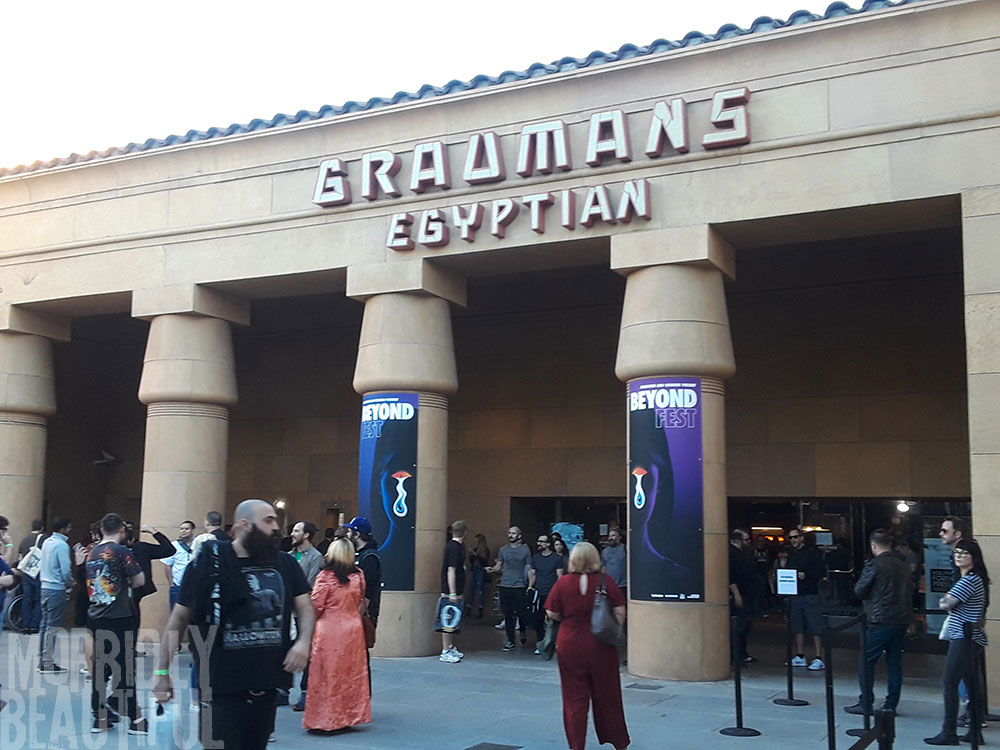 I did not care about driving from Phoenix to L.A and back, wasn’t concerned about missing a few shifts at work to make the excursion to the Egyptian Theatre, nor was I worried about the inevitable lack of sleep all of this would present.  An unrealistic dream of mine was going to be fulfilled — I was going to see David fucking Cronenberg. I was going to see the filmmaker who was responsible for helping shape my love of horror, who made movies that terrified me, and who has continuously inspired me.

We arrived early on Saturday evening for the Beyond Fest presentation of Dead Ringers and there were already folks in line, eagerly awaiting to be admitted inside the theatre.  With a little bit of time to kill, I walked around and found the booths of Mondo, Severin, and Arrow Video, all with killer collections and a pack of rabid genre fans surrounding them. Around 7 p.m. and right on time, attendees to the screening were being let in, and I immediately got goosebumps as I entered the theatre. 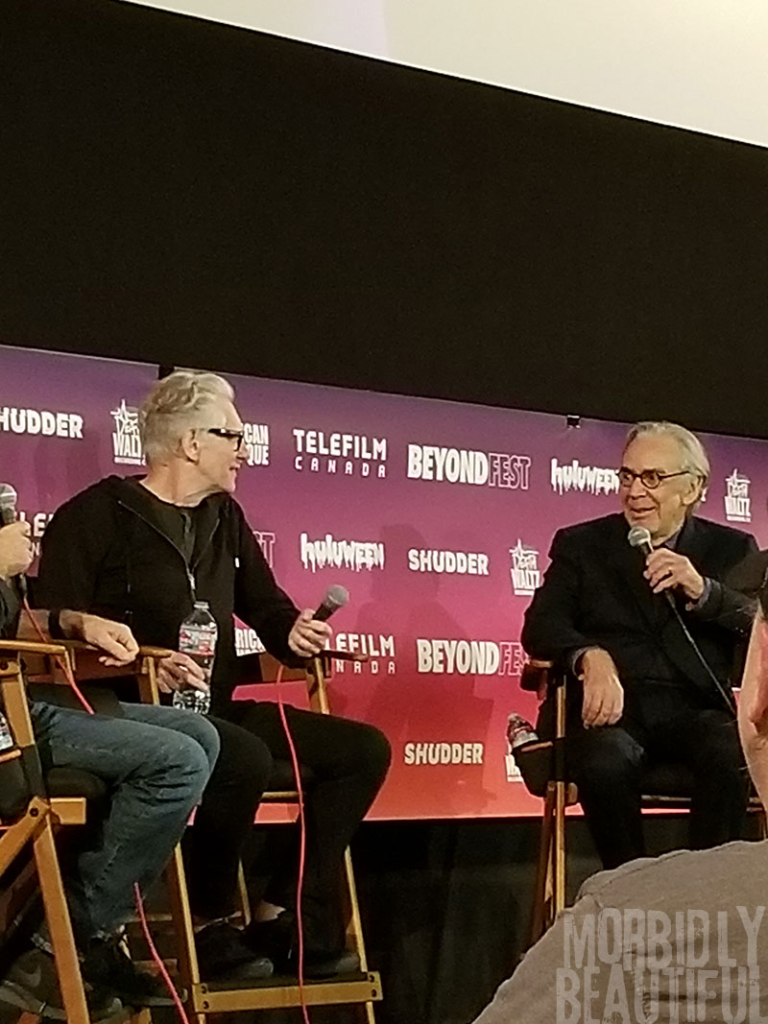 The vibe was electric within the sold out Egyptian and you could tell the festival creators, dressed in red scrubs mimicking the characters in Dead Ringers, felt this too as they threw out blu rays and shirts to the crowd, conducted a tense and entertaining trivia match and gave a passionate introduction to our evening.  An evening that marked the first time in ten years that Cronenberg screened a film of his with an audience.

The 35mm print of the 1988 film Dead Ringers that came all the way from Toronto was incredible. I found myself smiling at the endearing, momentary picture and sound inconsistencies, the ‘cigarette burns’ and the dark humor found throughout this film that is so hard to explain to someone who has never seen it.  Jeremy Irons is spot on playing a set of successful twins, Elliot and Beverly Mantle, that face a very complex downward spiral with a shocking conclusion. 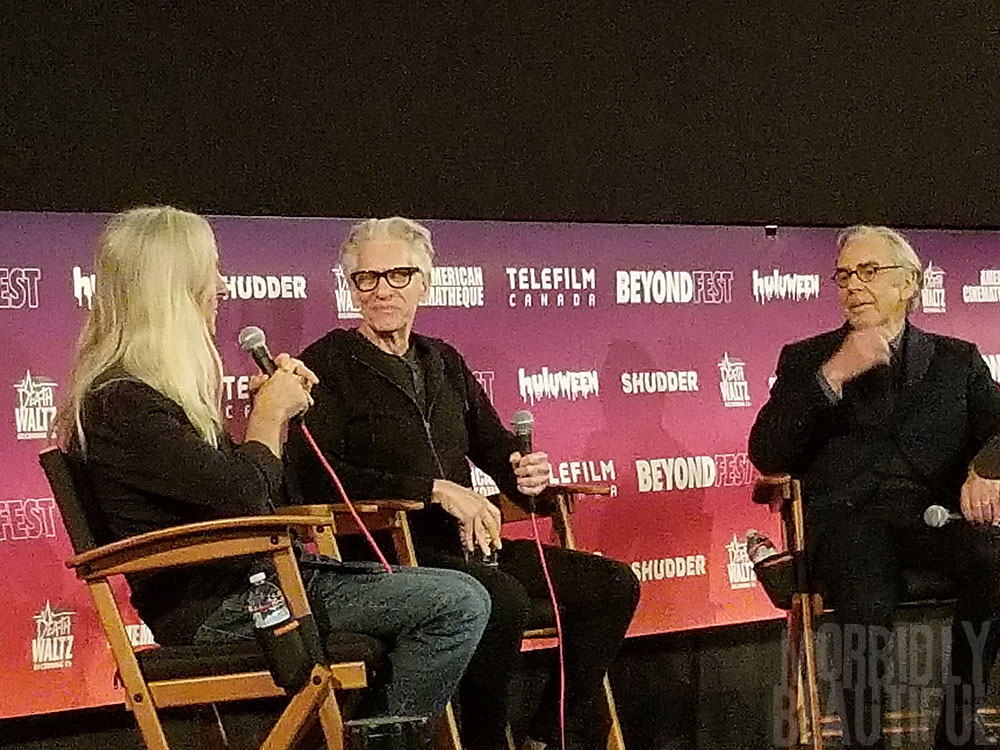 We erupt in applause as the credits begin to roll at the end of the film and moderator Mick Garris sits below the screen in front and introduces David fucking Cronenberg. I stood, clapping enthusiastically, as did most, to give the artist his due. As he makes his way to the front, he walks right next to me, and in that moment I choke up a bit and began to decisively revel in the moment — a moment in which a dream of mine is being realized. I am about to hear one of my all-time favorite filmmakers speak in person. A continued ovation is met for Howard Shore, the gifted audio auteur and just like that, three extremely influential individuals are sat before us.

Mick Garris begins with admitting that Dead Ringers is his favorite from the director, which is something I admire, because I feel this one is often not given enough praise. Shore and Cronenberg speak candidly on how they met, their collaborations, with the group continuing on discussing the difficulties of trying to get a film made, no matter who you are. 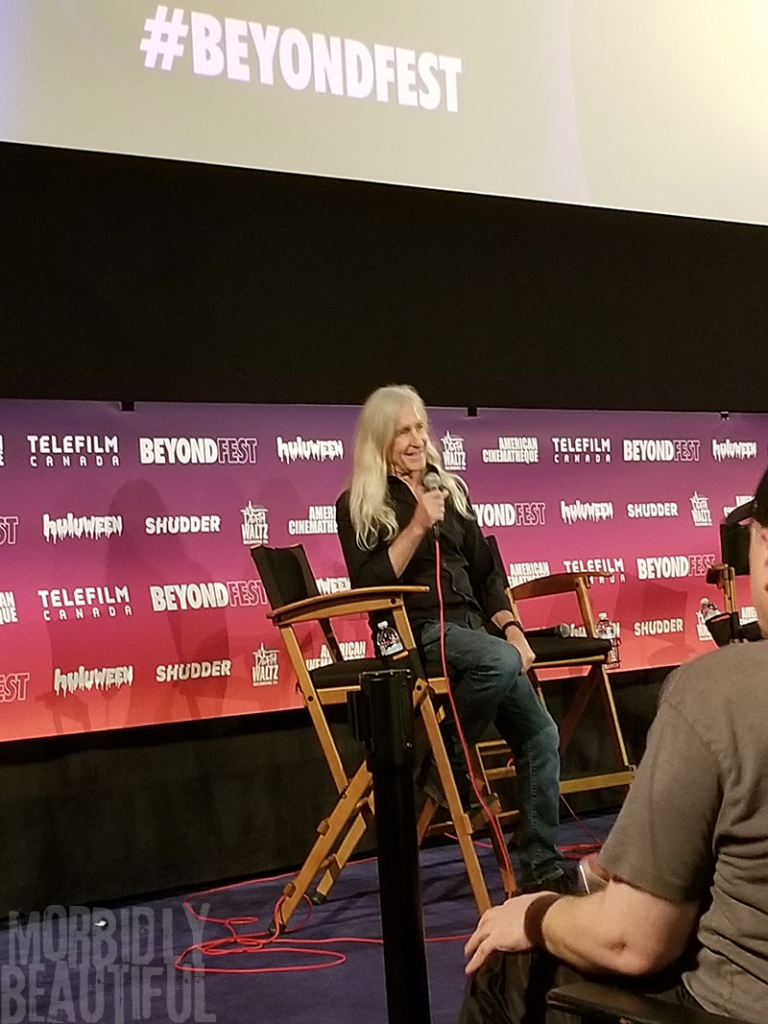 David Cronenberg is soft-spoken and possesses a healthy dose of humor that adds to his allure.  He is extremely intelligent, engaging and was forthcoming with his answers to Garris’ and fan inquiries, which you can hear in its entirety on October 10th over at the Post Mortem Podcast hosted by Garris. There’s some really great anecdotes that David shares as well as encouraging news about a possible television series based off of Consumed, the novel written by Cronenberg.

Beyond Fest delivered something priceless, something that will forever be cherished and filed carefully away in my memory bank.

It was such an experience — the atmosphere, the excitement, the opportunity to embrace this moment with other enthusiasts. I’m honestly still on a high from it all, and I’m loving every fucking second of it. Thank you to every single soul that helped make this possible and long live the new flesh!