Join the hosts of Bloodhound Pix for another indie spotlight as they discuss and dissect the intergalactic insanity of “Psycho Goreman”.

This week on Bloodhound Pix, we have a new Screener Spotlight on the much buzzed-about, 2020 sci-fi/fantasy/horror-comedy film, Psycho Goreman! It’s being hailed as a modern cult classic with an impressive Rotten Tomatoes score. But does it live up to the hype? 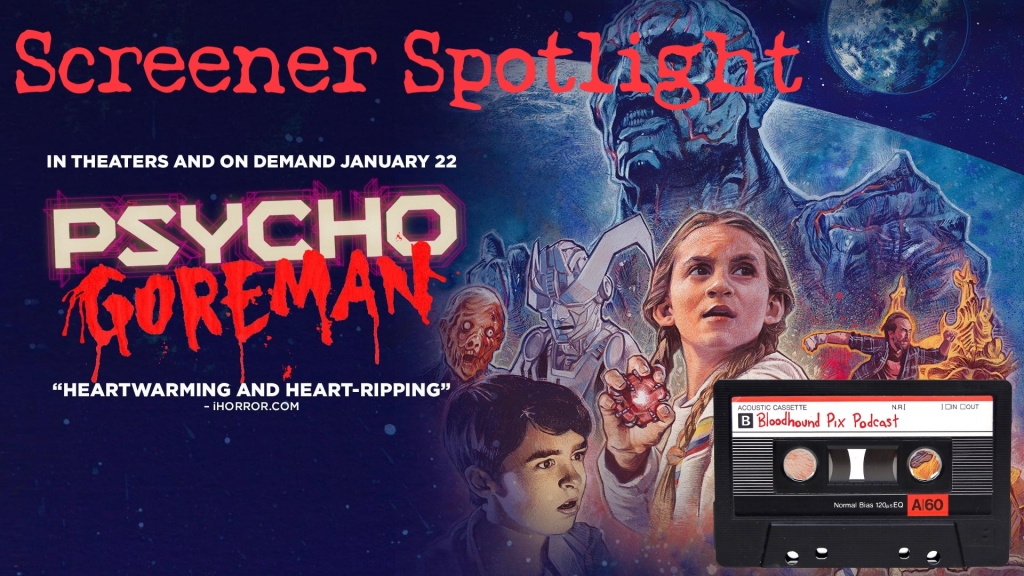 Along with everyone else, we were all looking forward to Psycho Goreman, the latest film from Steve Kostanski (Manborg, The Void).

We discuss our thoughts on the film, the downright insanity of the concept and the effects, and the somewhat disappointing execution.

Plot Synopsis:  After unearthing a gem that controls an evil monster looking to destroy the Universe, a young girl and her brother use it to make him do their bidding.

Psycho Goreman is currently streaming on Shudder, Hoopla, Spectrum On Demand, and AMC Plus. Watch the trailer here.

The Bloodhound Pix Podcast seeks to highlight independent and obscure horror cinema, creating an inclusive space for creators and fans to interact.

Bloodhound Pix is comprised of Craig Draheim, Josh Lee, and Kyle Hintz. If you love this episode, be sure to head here to catch up on past episodes. You can also find this incredible weekly podcast on all major podcasting platforms, including iTunes, Stitcher, Spotify, and Soundcloud. Be sure to follow the show on Facebook, Twitter, and Instagram. You can also support them at Patreon.