How do you win a game with no rules? We look at the terrifying home invasion horror film “Funny Games” (1997) and the shot-for-shot US remake (2007). 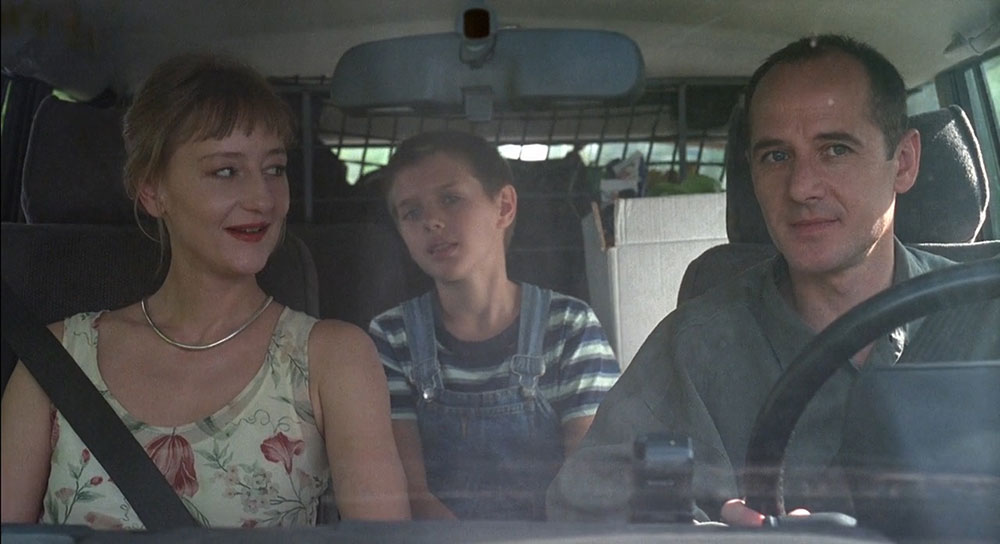 I was at a party recently, and the subject of horror movies came up. The eventual question came around to what kind of movies scare us. This is a question I’ve thought quite a lot about, and for me, it’s movies that feature random acts of violence — violence for violence sake. To me there is nothing more terrifying than the thought of being attacked for absolutely not reason.

1997’s Austrian film Funny Games directed by Oscar-nominated writer and director Michael Haneke (Amour) is probably one of the best examples of this genre. As the movie opens, we see Georg (Ulrich Mühe) and Anna (Susanne Lothar) traveling to their lake home with their son Schorschi (Stefan Clapczynski). As they near the home, they see a neighbor in the yard with two young men. They ask him to come help them get their boat in the water.

The neighbor arrives with one of the young men, Paul (Arno Frisch). While he helps Georg get the boat in the water, the other young man, Peter (Frank Giering) shows up on the doorstep asking to borrow some eggs for the neighbor. 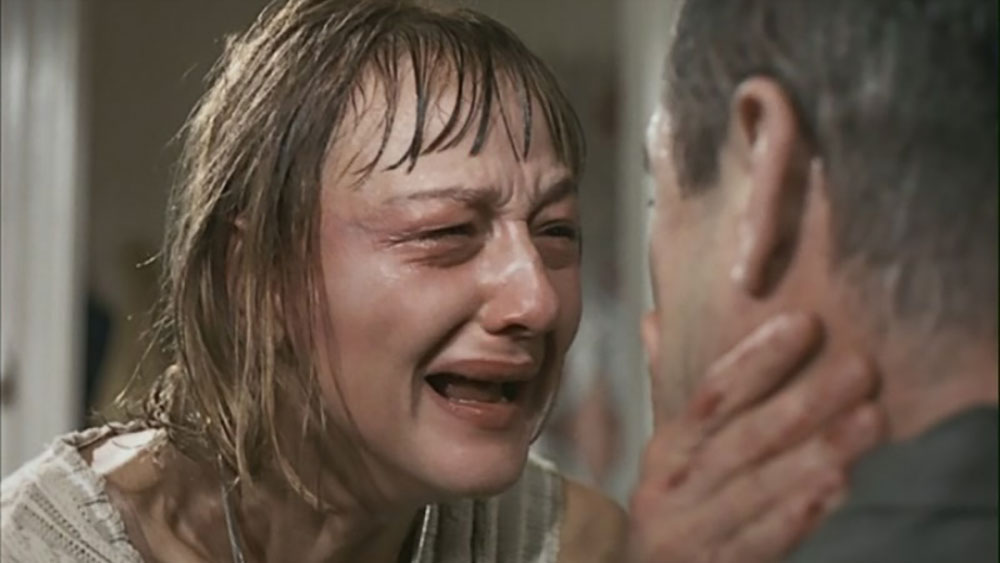 What happens next is a slow, tortuous game as these two clean-cut, seemingly-polite young men begin to play psychological warfare. From the beginning, they make their intentions clear. They intend to kill the family and even make it a bet that they will all be dead by 9:00 the next morning.

At one point Anna even asks, “Why don’t you just kill us?” Peter answers, “Don’t forget the entertainment value. We’d all be deprived of our pleasure.”

The movie never rushes itself, as director Haneke lets each moment build naturally. Every moment feels very real. Haneke uses long takes that make us feel a greater part of the movie and he uses silence and natural sounds instead of a score, so there is no buffer between us and what is happening on the screen. 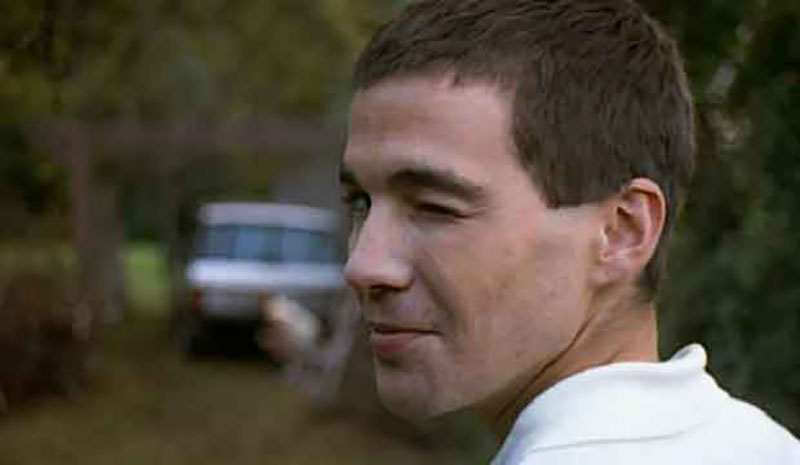 The audience is even made a co-conspirator in the family’s terror as Paul breaks the fourth wall, winking at us, and asking us who we think will win. Scenes like this might normally break the tension of the movie, but here it only adds to it, pulling us into the family’s fate.

A typical movie in this genre starts with tormentors in charge, but then typically at some point, the victims gain the upper hand and start to get revenge. Funny Games is not that kind of movie. At one point, that moment seems to arrive. As an audience member, your heart rises and you feel a little hope, only to have it dashed away as you realize it is once again just Haneke messing with our expectations.

Funny Games also doesn’t hit us over the head with gore and violence as most of it happens off-screen, making us watch the reactions of the witnesses instead. In many ways, this makes the movie even more horrifying. 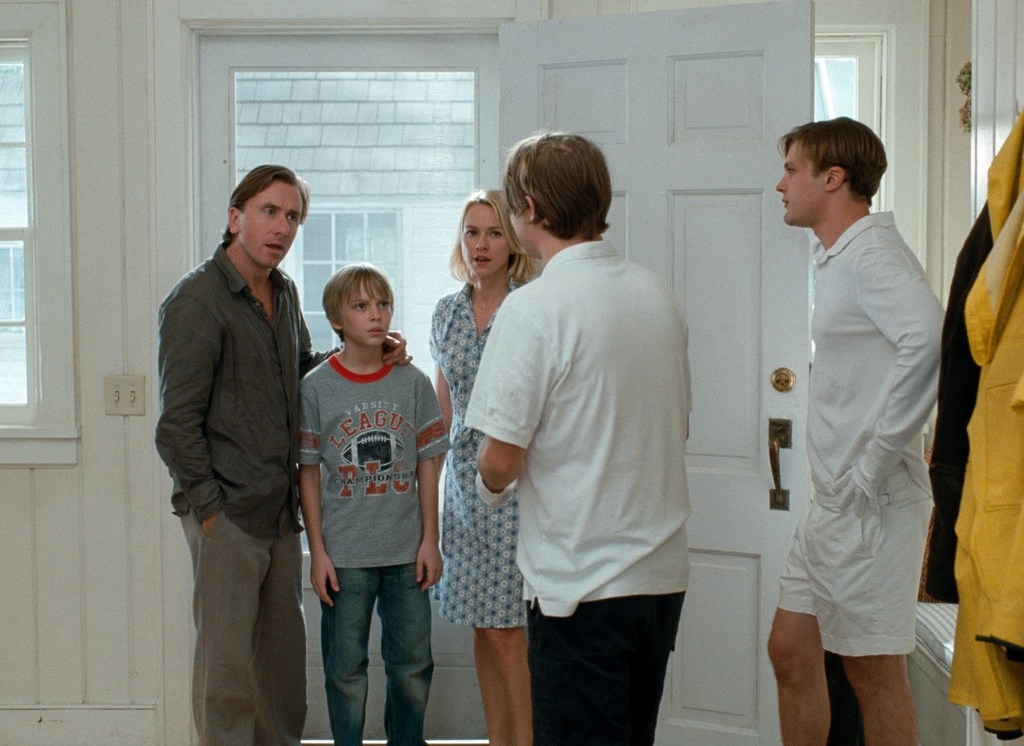 In the 2007 remake, director Haneke sets out to make his original vision. He had intended to make the original version in English, as the whole movie is meant to be a slap in the face of the American cinema viewers’ love of violence.

Anna and George are replaced by Naomi Watts (The Ring) and Tim Roth (The Incredible Hulk). Paul and Peter are replaced with Michael Pitt (Boardwalk Empire) and Brady Corbet (Thirteen). The movie is a technical work of art, especially when you see how closely the two films sync up.

The performances, especially by Watts and Roth are brilliant, but in all honesty, I prefer the original film. There isn’t anything really wrong with the remake, but the original has a rawness that the remake just can’t match. As wonderful an actress as Naomi Watts is, she never really feels completely like a victim to me, whereas in the original, Susanne Lothar makes me weep with the helplessness she projects. 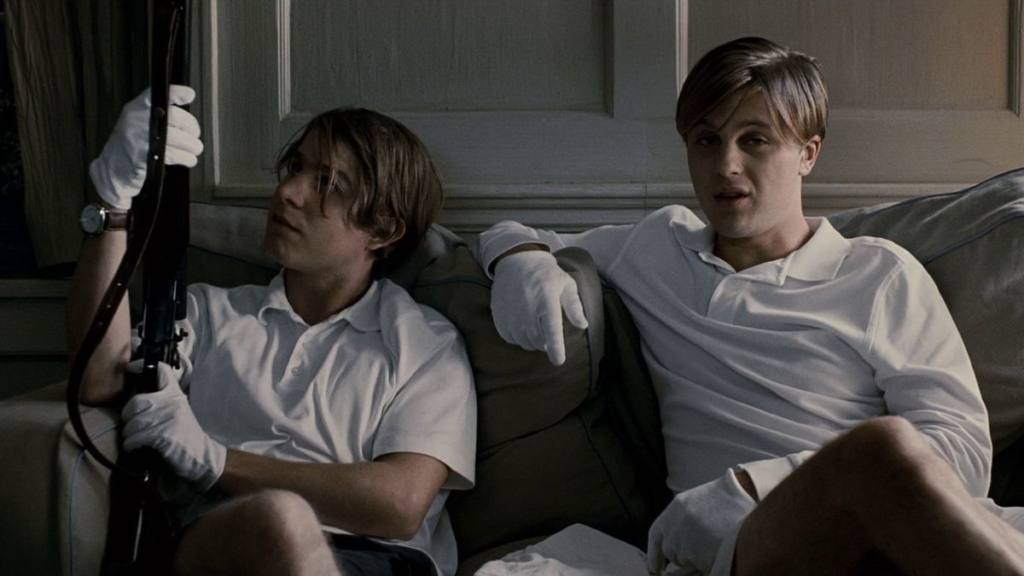 I have a similar reaction to Michael Pitt. Maybe it’s because I’ve seen him in other roles, but I am never quite convinced that he is this cold-blooded sociopath; he never really projects the playfulness or enjoyment of the “game” that we get from Arno Frisch’s Paul in the original. Frisch’s performance is what makes the original so chilling for me.

In the end, you can’t go wrong with either version of the movie. Both leave me disquieted at the thought that sometimes violence happens for no reason. It isn’t a ghost or otherworldly killer that keeps me up at night. It is the randomness that I have no control over.