The Calling Hours 2.10: Pot in Horror

The Calling Hours Horror Podcast 2.10: How Marijuana and “Stoners” Are Portrayed in Genre Films (Air Date: 1.16.18)

“One of the thing horror films (slasher in particular) tend to due is to take the one glaring weakness about a character and exploit it. I think that’s where a lot of our genre stereotypes come from.“ – Argalin Darkscares

During this fun and lighthearted panel discussion, we will have several returning guests, including fellow podcaster Dave Maresca from the Hollow9ine Network, Director Shawn Burkett of Don’t Fuck in the Woods, and writer Argalin Darkscares of Morbidly Beautiful. We’re also excited to welcome first time guest, Podcaster Jennifer Cifuentes of #Dead and the Hollow9ine Network. 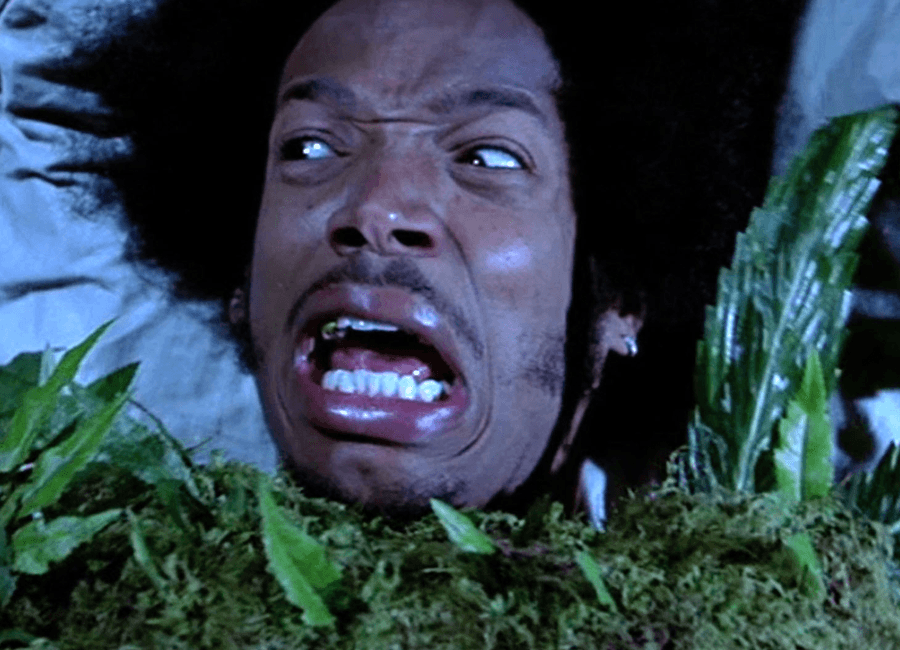 We will be discussing how marijuana is portrayed in horror films as well as how “stoners” are portrayed. In addition to having a lot of fun, we also touch on some more serious topics, including the demonization and legalization of marijuana, morality double standards, and anti-marijuana propaganda.

During our discussion, Jennifer Cifuentes references a really cool infographic/article dealing with stoner deaths in horror movies. You can check it out for yourself here.

In our Digital Dismemberment spotlights, we will be covering Anchor Bay Entertainment’s 3 disc DVD release of Dario Argento’s Suspiria, the 1977 Italian horror film directed by Dario Argento. Before the most recent 4k blu ray releases of this film, this DVD set was THE definitive version of the film to own — including a wealth of features and extras. The film stars Jessica Harper as an American ballet student who transfers to a prestigious dance academy in Germany but later realizes, amidst a series of murders, that the academy is a front for something far more sinister and supernatural. Suspiria has become one of Argento’s most successful feature films, receiving critical acclaim for its visual and stylistic flair, use of vibrant colors and its memorable soundtrack. 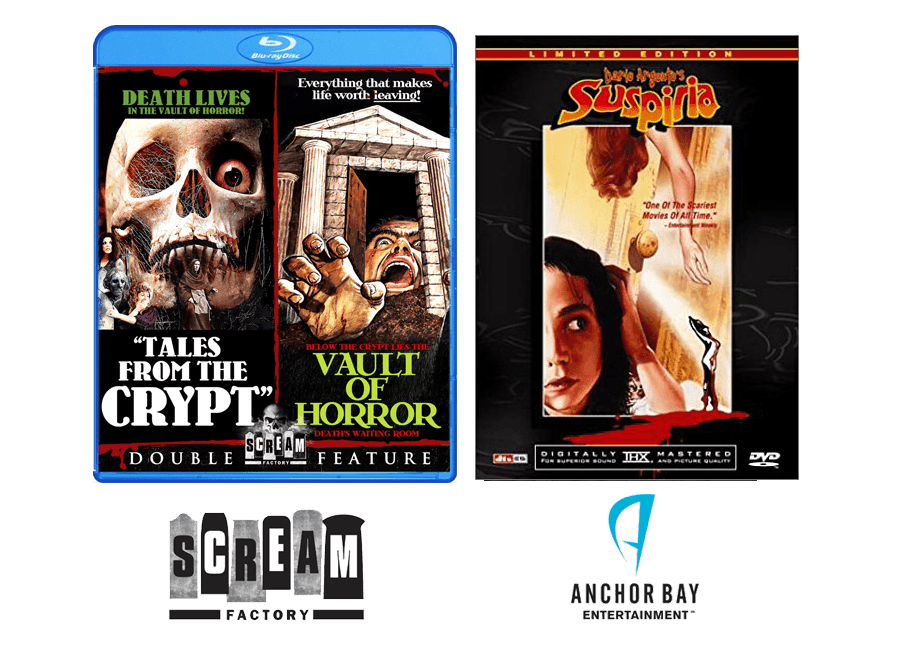 We will also review Scream Factory’s Blu Ray release of Tales from the Crypt (Double Feature with Vault of Horror). Tales from the Crypt is a 1972 British horror film, directed by Freddie Francis. It is an anthology film consisting of five separate segments, based on stories from EC Comics. It was produced by Amicus Productions and filmed at Shepperton Studios, and is one of several Amicus horror anthologies made during the 1970s. In the film, five strangers (Joan Collins, Ian Hendry, Robin Phillips, Richard Greene and Nigel Patrick) encounter the mysterious Crypt Keeper (Ralph Richardson) in a crypt, and he tells each in turn the manner of their death.

We will be hearing from 3 bands in out Metal Massacre Spotlight this evening, including Devilment, Cannabis Corpse and Fleshgod Apocalypse!