The Calling Hours 2.22: Horror and the MPAA

“Even at the beginning of a script that I’ve written and sent to a studio, they ask, ‘What demographic are you trying to target?’ But I’m an artist first. I’m not looking at the bank. The artist tells a story from A to Z, they want to give you their entire vision — everything they want to show and tell you.” – Filmmaker Michael S. Rodriguez

On this episode, we will be discussing the MPAA rating system and how PG/PG-13 rated horror affects the industry. Seeing as how many genre films are being released to theaters with those ratings, and then later being released to home markets as Unrated and Extended cuts, the question begs why we allow this.

Are horror films unfairly targeted and then double dipped by studios to increase their own profits?  Is the rating system skewed so that certain films, producers and directors are given more leeway simply because they are more “artistic”?  On to discuss this issue with me are Film Maker Michael S. Rodriguez, FX artist Bill Mulligan and fellow Morbidly Beautiful staff writer Jamie Marino.

Note: Due to technical issues, Episode 21 has been delayed a week and will air next Tuesday, April 24th at 8 EST.

In our Digital Dismemberment Spotlight this evening, we will be covering Scream Factory’s Blu-Ray Release of Day of the Dead, the 1985 zombie horror film written and directed by George A. Romero. It is the third film in Romero’s Night of the Living Dead series, being preceded by Night of the Living Dead (1968) and Dawn of the Dead (1978). Romero describes the film as a “tragedy about how a lack of human communication causes chaos and collapse even in this small little pie slice of society”. This film features Sherman Howard in an early appearance as Bub, and make-up artist Gregory Nicotero playing Private Johnson and assisting Tom Savini with the make-up effects. 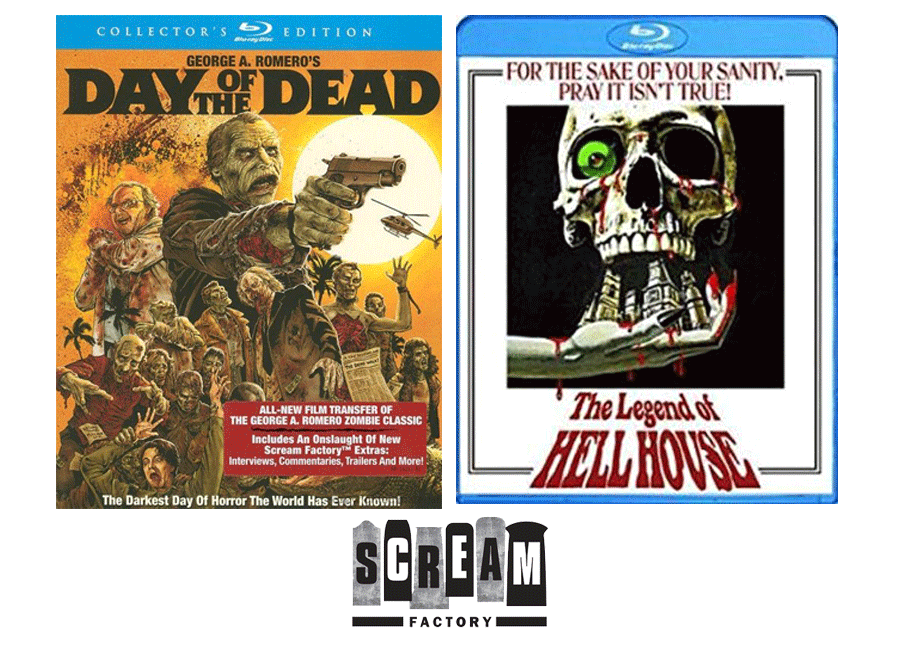 We will also be covering the Scream Factory Blu-Ray release of the 1973 British horror film The Legend of Hell House. It was directed by John Hough and based on the novel Hell House by Richard Matheson, who also wrote the screenplay. The film stars Pamela Franklin, Roddy McDowall, Clive Revill, and Gayle Hunnicutt as a group of researchers who spend a week in a purportedly haunted English manor in which previous investigators were killed.

We will be highlighting 3 bands in our Metal Massacre Spotlights this evening, including Mammoth Grinder, Kataklysm and Cradle Of Filth!