The Calling Hours Horror Podcast 2.50:  Roundtable Discussion on the Undeniable Impact of Lucio Fulci on the Genre (Air Date: 11.27.18)

On this episode, we will be looking at the films of Italian Director Lucio Fulci and the impact they have had on the horror genre. Although he worked in a wide array of genres through a career spanning nearly five decades, including comedy, Spaghetti Western, adventure, science fiction and erotica, he garnered an international cult following for his giallo and horror films.

Because of the high level of visceral graphic violence present in many of his films, especially Zombi 2 and The Beyond, Fulci is frequently referred to as “The Godfather of Gore”, a title also given to Herschell Gordon Lewis. Joining me for this discussion will be Morbidly Beautiful staff writer Jamie Marino and my fellow FX artist Bill Mulligan. 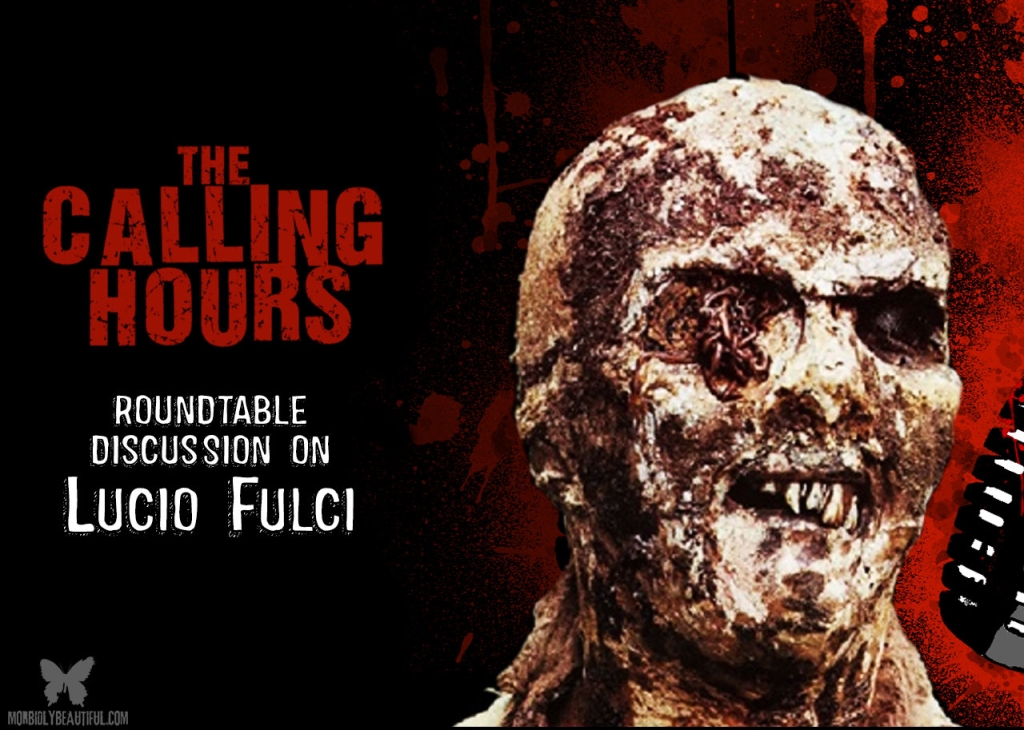 In our Digital Dismemberment Spotlight this evening, I will be discussing the incredible success of Shudder’s latest outing with Joe Bob Briggs’ The Last Drive In: Dinners of Death (which included The Texas Chainsaw Massacre, The Hills Have Eyes, Dead Or Alive and Blood Rage).

In the latest episode of The Traumatic Tales of Dedman and Grumpy, we will be reviewing Patrick Macgee’s Primal Rage.

In our Metal Massacre Spotlights, we will be featuring Belphagor, Fleshgod Apocalypse and Immolation!

Belphegor is an extreme metal band from Salzburg, Austria. They originally formed in 1991 under the name Betrayer before changing their name in 1993. They are named after the demon Belphegor.

Fleshgod Apocalypse is an Italian death metal band. Formed in 2007, the group resides in Perugia and are currently signed to Nuclear Blast. They have released four full-length albums, most recently King on February 5, 2016.