On this episode I will have none other than syndicated American film critic, writer, and comic performer Joe Bob Briggs as my guest as we discuss his amazing career, including his work on TMC’s Joe Bob’s Drive-In Theater (86-96), TNT’s Monstervision (96-00), and his triumphant return to Shudder earlier this year with The Last Drive-In with Joe Bob Briggs.

We talk with Joe Bob about his renewed success on Shudder and what he thinks keeps fans coming back from his unique blend of 80s/90s horror, comedy, and film trivia. We discuss the recent horror renaissance, how the genre has evolved over his long and impressive career, where his knowledge and passion for horror comes from, and the unsung beauty of exploitation and counter-culture films.

He also talks about his reputation as a controversial figure, why he refuses to “tone it down” or appeal to the politically correct culture, and how opposed he is to any kind of speech code or speech rules at a network. Finally, we discuss the films he wasn’t allowed to show, his picks for the most criminally underrated horror films, what it’s like working with celebrity guests, and how technology has changed the game for him and all horror fans.

After the enormous success of his return to the drive-in this Summer — a 24-hour takeover of Shudder with Briggs’ hand-picked selection of some of the most beloved and / or infamous horror movies of all time — the legendary horror host and B-movie connoisseur is returning with a dusk ’til dawn marathon of four horror films this Thanksgiving. His special, “The Dinners of Death” will air November 22nd starting at 8 pm EST.

While the films on the menu are being kept a surprise, Joe Bob promises a very satisfying four-course serving of the best b-movie horror.

On this episode, he gives fans a tasty tease:

“Whatever you do, don’t miss the first movie! It’s my favorite movie of all time. I’ve never been able to screen it before, as it was on the banned list for over 20 years. The second one has a horror icon as my guest, a very recognizable guy. The third movie has probably the most intense dinner scene ever filmed, and the fourth is just a goofy 80s classic. We carry the Thanksgiving theme through all four of the movies.”

Joe Bob will also be back in December for “A Very Joe Bob Christmas” — another festive celebration of glorious b-movie schlock! That one will air on Friday, December 21st on Shudder. It’s his way of keeping the horror flame alive after Halloween, as we enter the waning months of the year.

But that’s not all! 2019 will also bring a much heralded return of Joe Bob with a new series on Shudder featuring him doing what he does best — a weekly double feature show. Tune in and get all the juicy details! 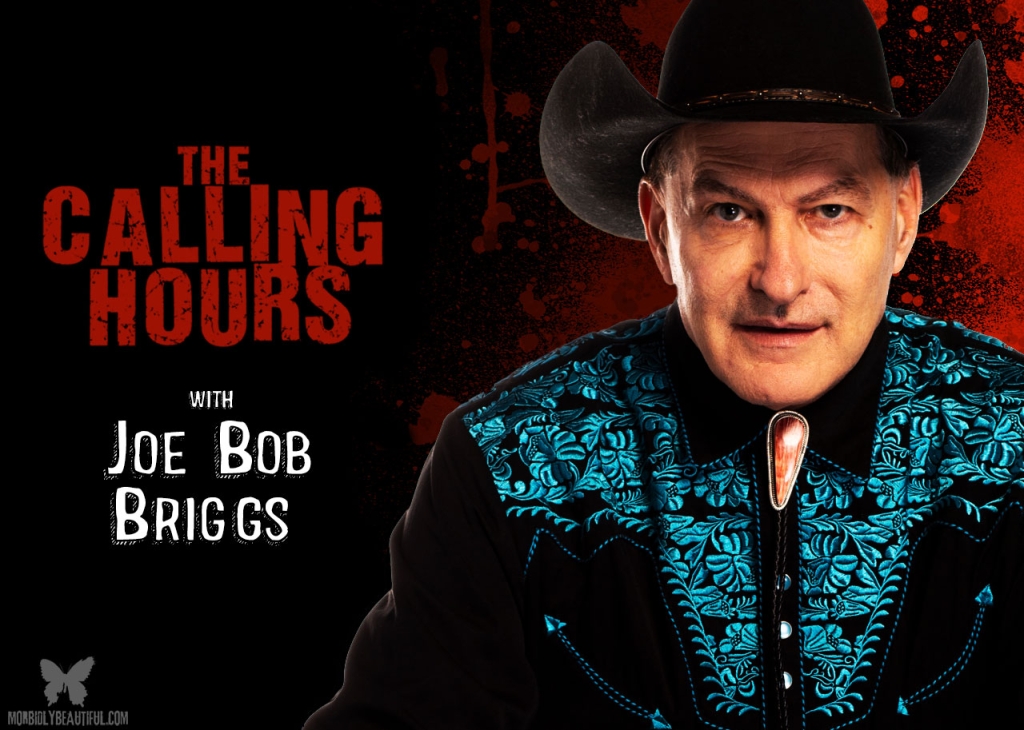 In our Digital Dismemberment Spotlight this evening, we will be covering Miller/Datri Pictures screener release of Come, Said The Night starring Lew Temple, Danielle Harris and Nicole Moorea Sherman.

In a new review segment that harkens back to our guests olden days, I will be joined by my cohort Grumpy from his underground bunker as we review Dylan Reynolds’ 420 Massacre in The Traumatic Tales of Dedman and Grumpy!

We will be featuring three bands in our Metal Massacre Spotlights including Jungle Rot, Carnation and Skeletal Remains.