We travel back in time to explore the stylish and compelling finale to the Ginger Snaps trilogy, Ginger Snaps Back: The Beginning.

It’s week two of my special Women in Horror Month edition of  The Cine-Files. As a reminder, The Cine-Files is a weekly film journal where I review and rate the movies I’m watching on a color scale, inspired by my love of Sour Patch Kids candy — green for the worst films, orange for average films, red for the great films, and blue for the absolute best of the best.

If you missed last week, I encourage you to check out my discussion of Ginger Snaps 2: Unleashed, the severely underrated sequel to the cult classic Ginger Snaps.

This week, we are going to accompany Ginger and Bridget on their third and final foray into the horrors of the Curse by looking back to where it all started.

Ginger Snaps Back: The Beginning (2004, directed by Grant Harvey) 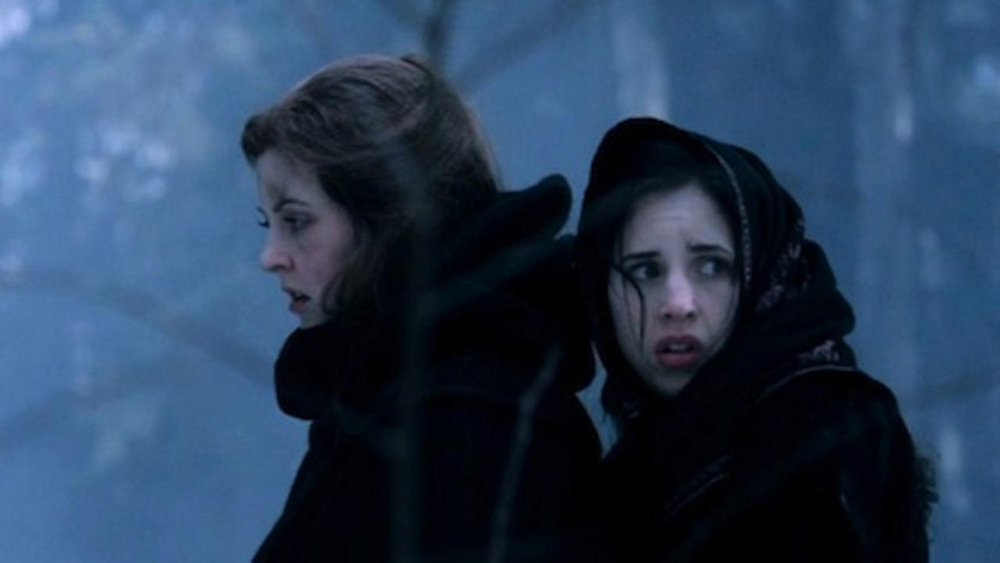 What we have here is Ginger Snaps Back as in “back in time”, not literally snapping back. In the first film, the curse of the lycanthrope cleverly mirrored the curse of menstruation. That subtext is nowhere to be found in Ginger Snaps Back: The Beginning, and the film takes a significant stylistic departure from the other two films.

Ginger Snaps Back: The Beginning has lusciously candle-lit interiors, foggy, snow-covered outdoor scenes, and the mystical aura of a dark fantasy period piece (19th century).  It takes the essential elements of the Ginger/Bridget bond, and transports them back to 1815 and into an isolated and nearly abandoned Fort Bailey, a trading post deep within the Canadian wilderness. 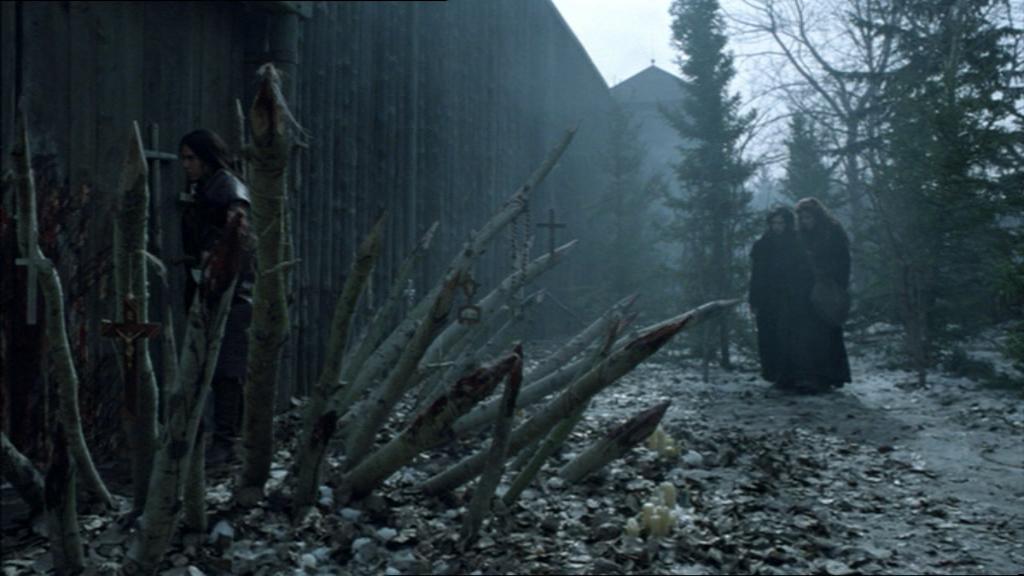 It is significantly gorier than the first two (and yes, they have that perfect blood again), yet it is also a very quiet, meditative, and melancholy work.  Nothing about it feels like standard modern horror fare (except maybe the extremely out-of-place “These people are fucked!” comment).  This isn’t a “rollercoaster ride”.

Ginger Snaps Back: The Beginning is a classy and richly detailed historical supernatural slow-burn. 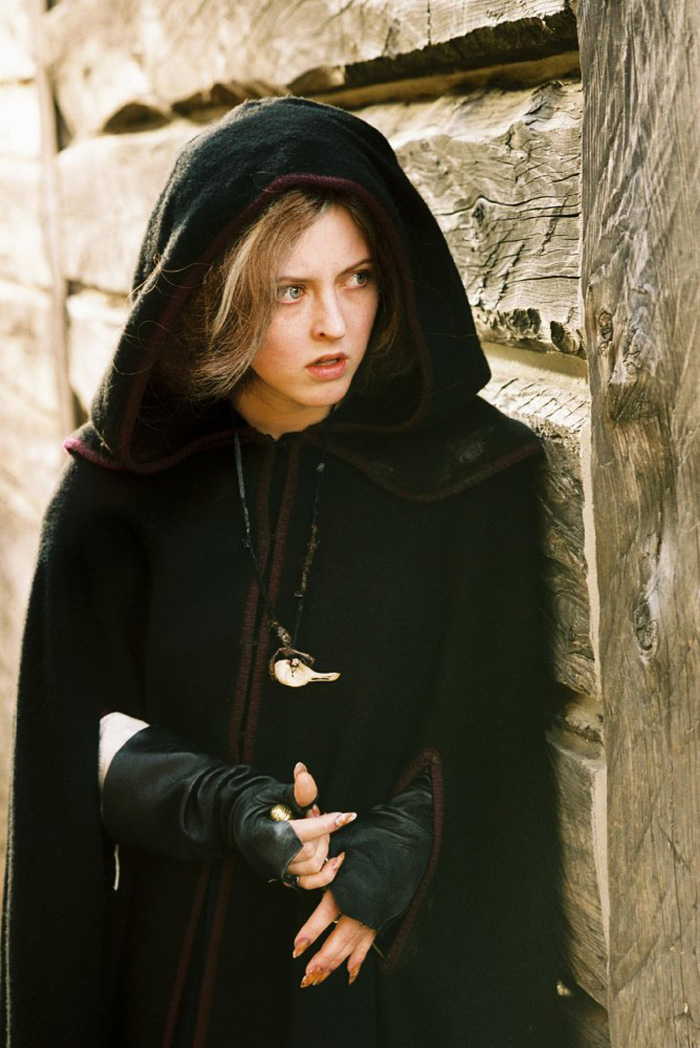 We begin with Ginger and Bridget, on horseback, wandering through a snow-drenched forest, nearly swallowed up by the densely-wooded atmosphere. Not a Bob Ross “happy little trees” atmosphere, but more like a “forest of dead trees like crusty veins” atmosphere, oppressed by snowy, sunless daytime darkness.

Ginger and Bridget, though frightened by multiple wolf howls and the ominous surroundings, clearly seem to be used to being alone together (“together forever”) and in peril.  Where they came from and what happened to their parents are answers we never really get. 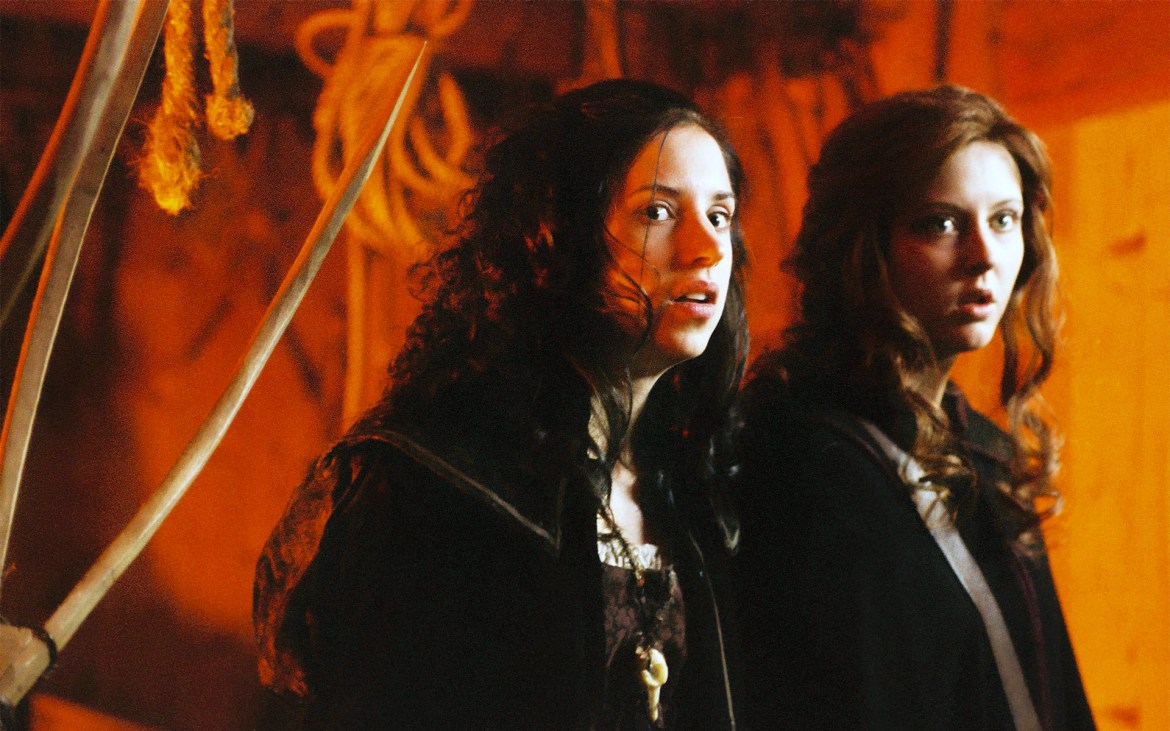 According to the opening narration, local natives know they are coming, due to an ancient doom prophecy known as “the coming of the red and the black” (Ginger being the “red” and Bridget being the “black”).  After hearing that, I was a goner.  Brilliant!!  ‘Ginger Snaps Back: The Beginning’ had me in its clutches, and would not let go.

Ginger and Bridget’s traveling costumes are especially gorgeous and authentic, with raven-haired Bridget in all black, and Ginger partially obscured underneath a gigantic and elegant cloak. I noticed that in all three Ginger Snaps movies, Ginger spends a lot of time under hoods.  Personally, I love it, especially here. She looks very witchy and sinister, especially once the wolf transformation begins. 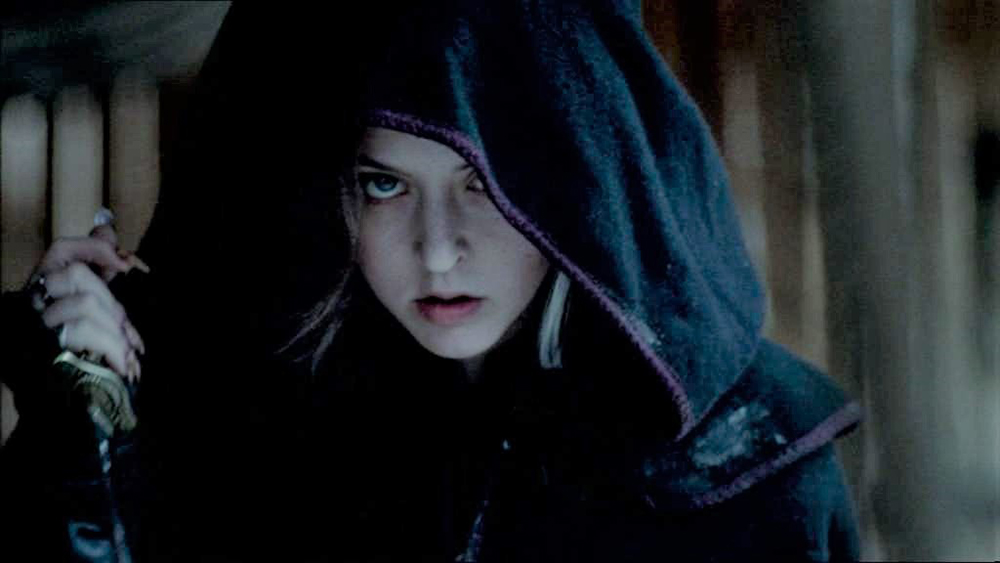 Another tiny detail that is carried over from the first movie is the set of twin bird skull necklaces that the girls are wearing. If you haven’t noticed already, Ginger and Bridget shared some of the same handmade jewelry in the original, and the origin of those subtly magical items are explained here.

This time around, although there are more werewolves, the main villains are the men who live at Fort Bailey, because many of them consider the arrival of Ginger and Bridget to be an unnecessary moral temptation and the herald of a future overflowing with trouble. Old Testament vessel of God’s holy misery, Reverend Gilbert, is especially displeased with the new residents. 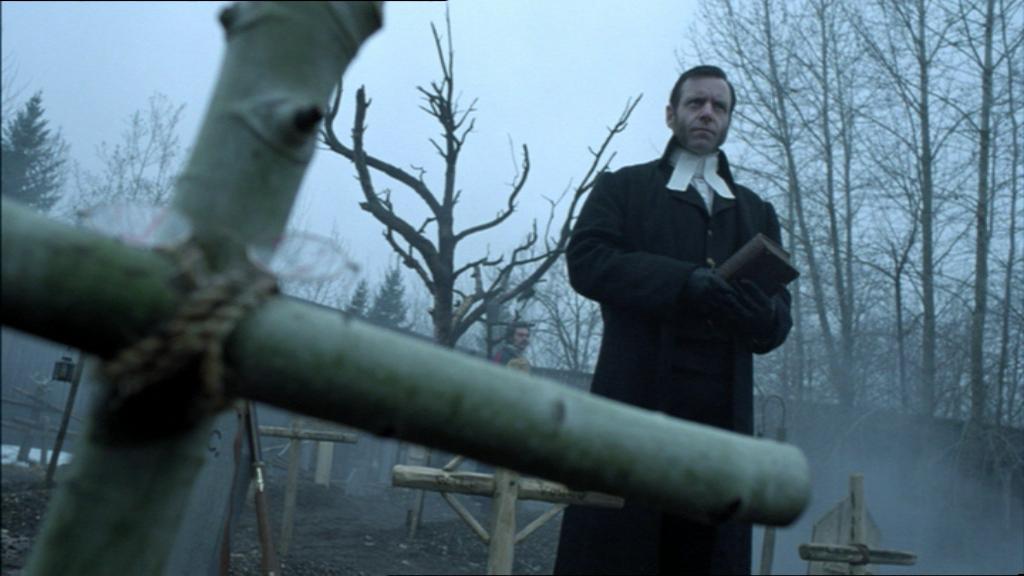