We celebrate Women in Horror Month with a couple of outstanding female performances in two very different but very memorable films, Avenged and Antibirth.

It’s week three of my special Women in Horror Month edition of  The Cine-Files. As a reminder, The Cine-Files is a weekly film journal where I review and rate the movies I’m watching on a color scale, inspired by my love of Sour Patch Kids candy — green for the worst films, orange for average films, red for the great films, and blue for the absolute best of the best.

In you case you missed it, my first two posts this month focused on my love for Ginger Snaps 2: Unleashed and Ginger Snaps Back: The Beginning.

This week, we’re taking a look at a couple of highly recommended female-centric films featuring standout performances from women in horror. 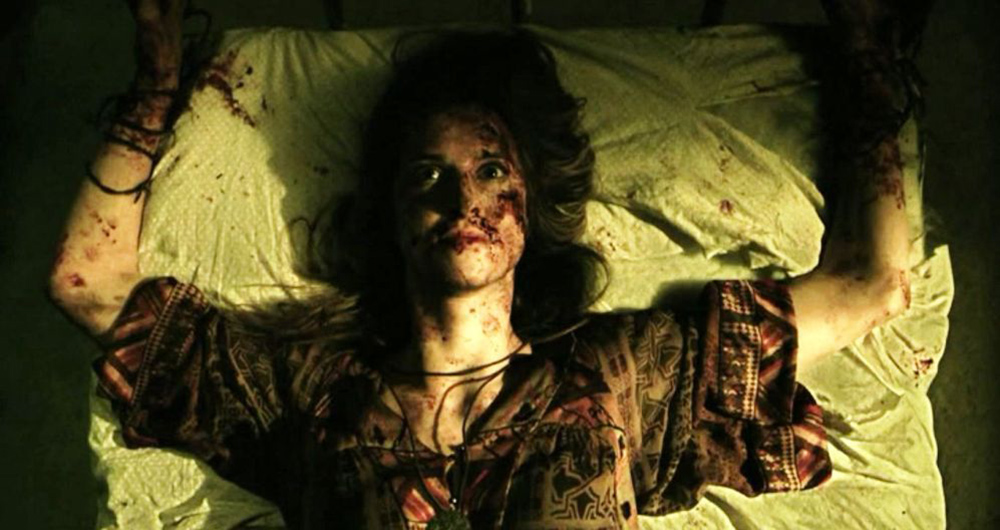 Both “avenged” and “savaged” are very strong and explosive words that fit this film perfectly, but I wish there was a word that could tie together its overall impact, rather than just focus on the beginning (“savaged”) or the ending (“avenged”).

I guess, when it comes right down to it, the propulsive event here is the savaging, so I guess Savaged is a better title. But Avenged is what is on my DVD, so there we are. 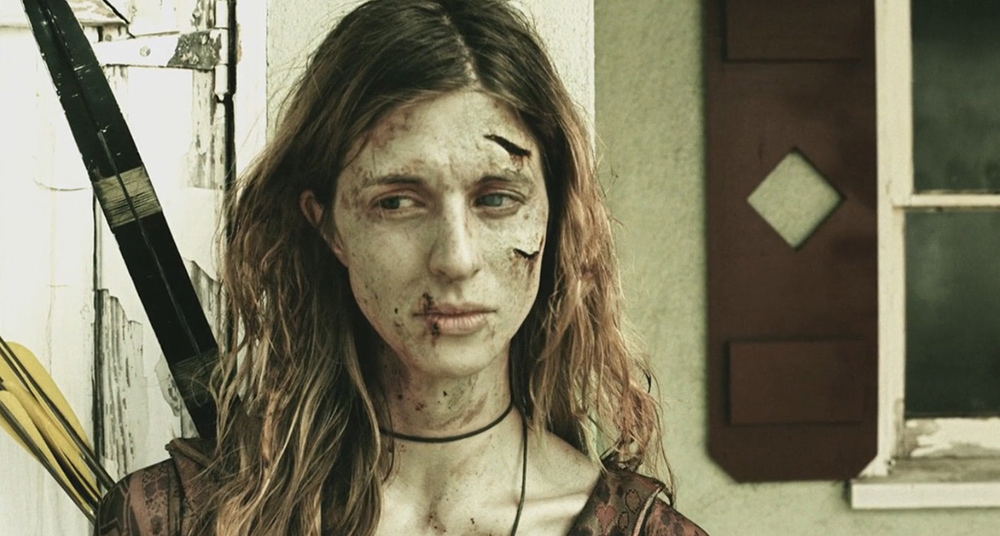 There are no spoilers to speak of here, because we know exactly what we’re getting. A vulnerable deaf woman (Zoe, played by Amanda Adrienne) is savaged, and by the film’s end she is avenged.

Like many other rape/revenge movies, an overwhelming portion of the movie depends on how extreme the rape scene is, and this a really harsh one. 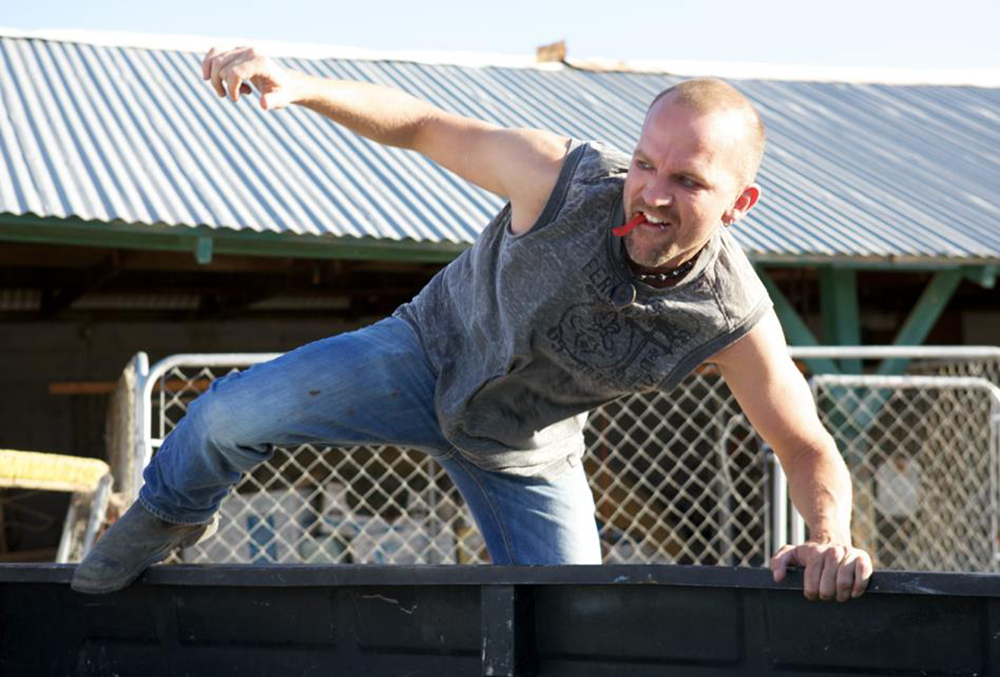 Once abducted, she is taken to an isolated area and tied up with barbed wire. So awful, and that’s just the beginning. The rednecks exploit her handicap and use it against her, of course, which makes you even thirstier for their blood.

But relax, it’ll all be ok. You know the rapist killers get theirs. But can you imagine a rape/revenge horror movie where the rednecks get away, or even wind up getting the best of their victim? I’m not teasing a plot point here, because the rednecks get their lusciously-decorated, chocolate-covered just desserts big time! 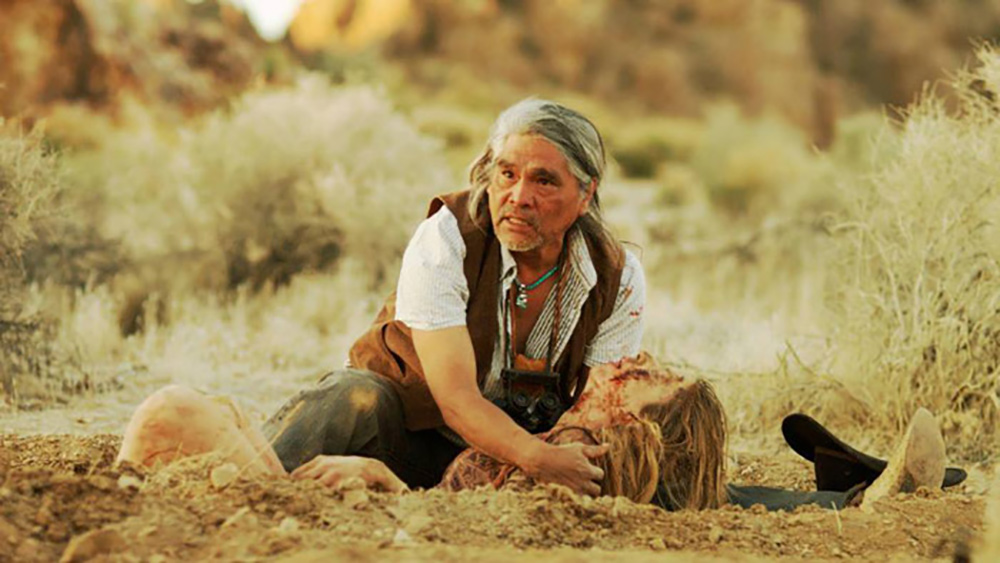 There are some things that set this movie apart from other eye-for-an-eye, ultra-violent horror movies. The theme of Native American magic carries the film and, in a sharply creative twist, allows two victims to enjoy inflicting punishment on the murderous, rapist rednecks.

What I mean by that is, when Zoe is resurrected from her shallow grave by a local Indian mystic, he also resurrects the ghost of a legendary Indian chief. The men who raped and killed Zoe are descendants of the people who killed the Indian chief, so the enraged spirit possesses the newly re-animated corpse of our heroine. 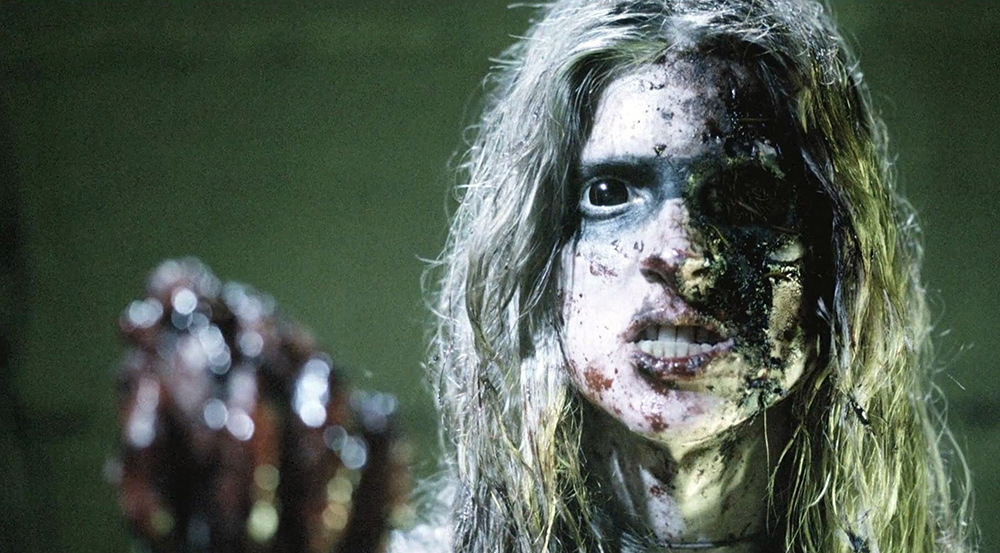 In one undead and rapidly decomposing body, two separate supernatural forces hunt down and annihilate the male murder meat.

Amanda Adrienne is fantastic as Zoe, and delivers a very brave performance. Not only does she have to fire on all cylinders through intense brick walls of emotion, but she does it without dialogue, and underneath layers of gnarly decomposing flesh. She’s good with a bow and arrow and a tomahawk, too.

There’s also a road-trip atmosphere in this movie. We have many different flavors here, it’s quite a mix.

On average, I would say that out of ten articles I read, 90% of them compared this to ‘The Crow’. It is NOT ‘The Crow’. ‘The Crow’ is heartbreak, rain, and oily blackness. ‘The Crow’ mourns.  ‘Avenged’ is torn skin, bloodsoaked sand, and oppressive sunshine. ‘Avenged’ is a silent scream from a mouth full of blood.

What have we here? Natasha Lyonne in a gooey bat-nutter of a body horror movie. She is the essence of a self-destructive, hateful stoner, has a filthy mouth, and constantly behaves badly. Yes please! In my constant and meticulous trainspotting for possible new sub genres of horror, I believe I now have the makings of a new one:  Troma Noir. What should we call it? Tromoir? Yes, I like that.

What is Tromoir? It’s a new movie that intentionally (I think) stirs up fond memories of old Troma movies. Or, even better, it makes us feel like we actually are w