The full moon beckons us back, and we’re here to howl our love for Ginger Snaps 2, in a special Women in Horror Month edition of The Cine-Files.

I apologize for the long hiatus, but I’m thrilled to be back with another edition of The Cine-Files, and the first one celebrating Women in Horror Month. For the uninitiated, The Cine-Files is a weekly film journal where I review and rate the movies I’m watching on a color scale, inspired by my love of Sour Patch Kids candy — green for the worst films, orange for average films, red for the great films, and blue for the absolute best of the best.

Since it’s Women in Horror Month, I wanted to start off by discussing my love for Ginger Snaps. But then a better idea bit me: cover the two sequels. Or should I say, defend the two sequels. 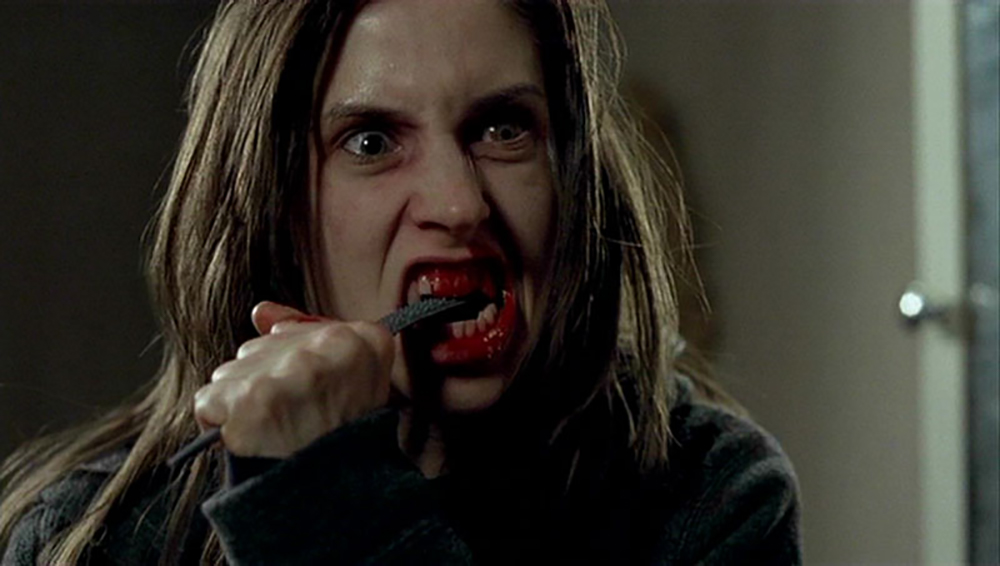 This week I will cover the smart at-risk teen drama/werewolf horror hybrid Ginger Snaps 2: Unleashed.  So, once more unto the breach of haters I go, dear friends.

WARNING: SPOILERS FOR GINGER SNAPS 1 AND 2 RUN RAMPANT LIKE A PACK OF WOLVES IN THE CANADIAN WILDERNESS

The intense, toothy wolf love I feel for this movie is unshakeable. Yes, Ginger Snaps 2: Unleashed has some flaws, but not so many that it ruins the movie for me. The most obvious stumble for Part 2, I think, is a creative/marketing one, so technically it isn’t even due to filmmaking ineptitude.

I shall explain: there are so many individual things to love about the original Ginger Snaps, but the part audiences grew attached to the most was Ginger herself.  The role propelled actress Katharine Isabelle to legendary scream queen status, and her subsequent performance in American Mary cemented that. So, for Ginger Snaps 2, obviously it made the most sense to add lots more Ginger to the recipe. That is obviously from a profit-minded perspective, however. Looking through a storyteller’s lense, one wouldn’t even SEE Ginger anymore. 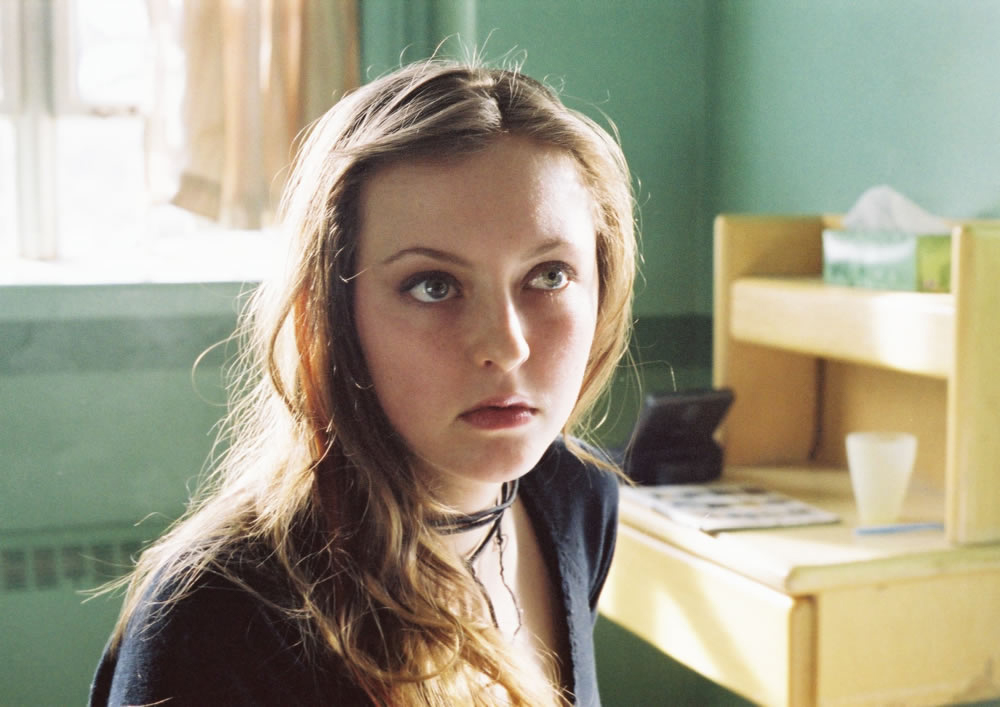 I’m not 100% sure how the wires were crossed or who made what decisions, though, because Ginger only makes three or four brief appearances (in subtle corpsepaint and a zip-up hoodie) as a figment of Bridget’s imagination, totaling a screen-time of roughly two minutes. But is Ginger on the front cover, all sassy n’ sexxxay? You bet she is!  Dressed just like she was in the slow motion hallway scene from the first movie? Oh yeah! I know, that technically isn’t really a mistake. Some may even call it smart marketing, but I’ve always found it to be a bit of an exploitative and dishonest thing to do.

Ginger Snaps 2: Unleashed begins shortly after the original ended. Bridget is alone, living in a dingy motel, and fighting off the werewolf transformation with injections of monkshood extract. She cuts herself and times the increasingly fast rate at which she heals. After an encounter with a librarian (who I literally change my opinion of every time I watch it) and a savage werewolf attack, Bridget wakes up in an all-girl rehab. 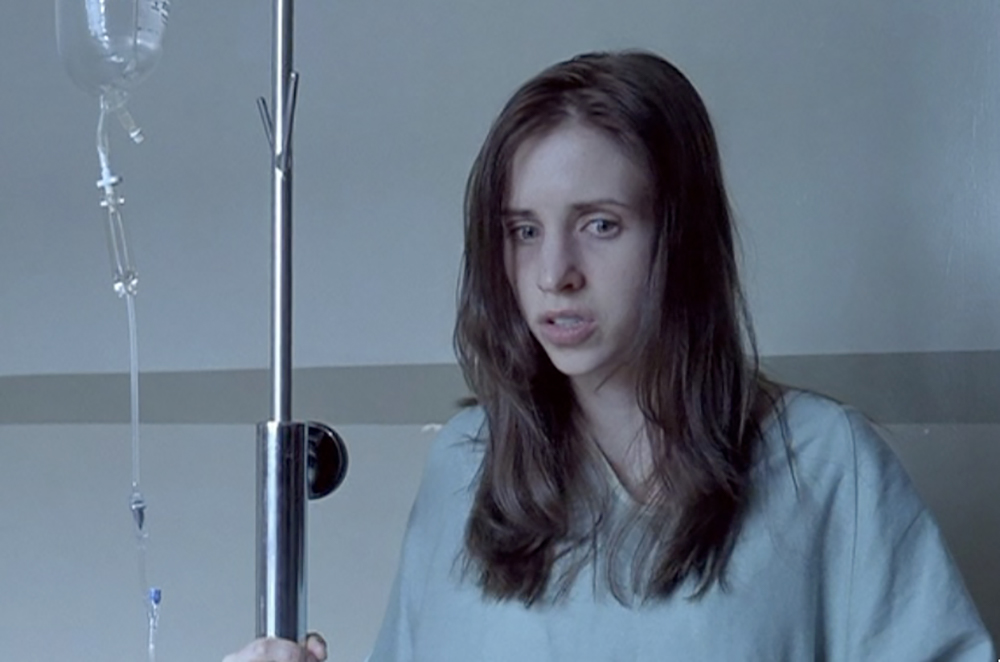 In what I found to be a clever example of blurring the “wink-wink” line between reality and fantasy, the rehab clinic mistakes the monkshood for a narcotic and her cutting scars for, well, a different kind of cutting.

The rehab clinic is run by a former addict take-no-shitter named Alice, who is easily one of the most likable characters in the movie. Alice is operating the all-girl rehab clinic with the assistance of three nurses, all of whom are male. The main nurse, Tyler, is a shameless sexual predator and secretly gives the girls cocaine for sexual favors. 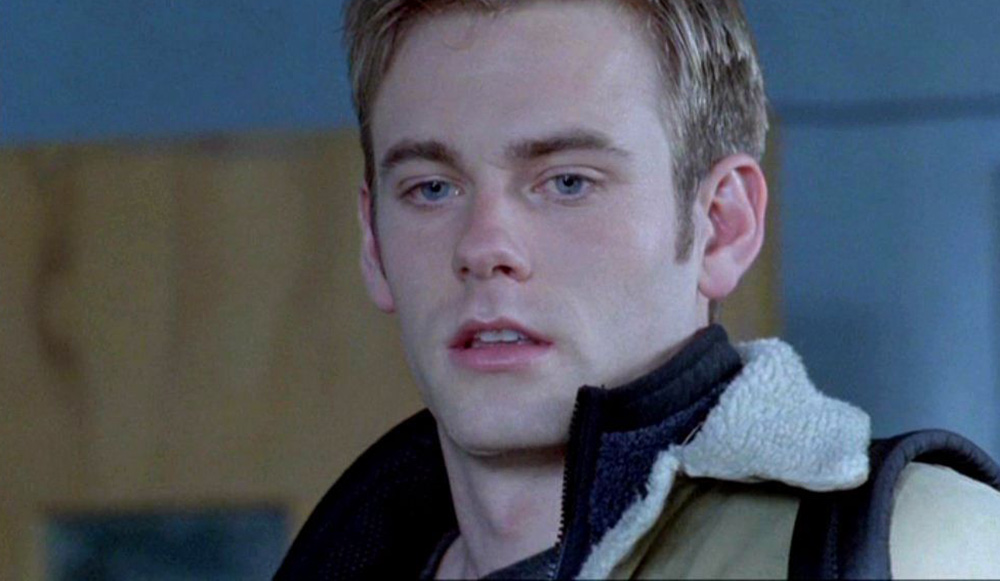 Once he sees Bridget’s desperate need for the monkshood, he looks forward to the prospect of a new conquest. He sneaks into her room one night with a needle full of wolf skag, looking for some action, but oh yeah, she shoots him down. Unfortunately he is slightly (but only slightly) more successful later on in the movie. So clearly men are dicks. Well, certainly the men in Ginger Snaps 2 are, anyway. Even the werewolf hunting Bridget is mostly only interested in mating!!

I don’t like writing about plots. I’ll plant the seed, the idea, and sometimes more if it’s necessary (and fun to write about – see my Flowers review).  Personally, for me, revealing anything more would be like sucking all the sour sugar off your Sour Patch Kids (groooossss!) then giving them back to you. But there are so many other things to talk about. Things only a horror fan can understand (he says in his best Zelda Rubinstein impersonation). 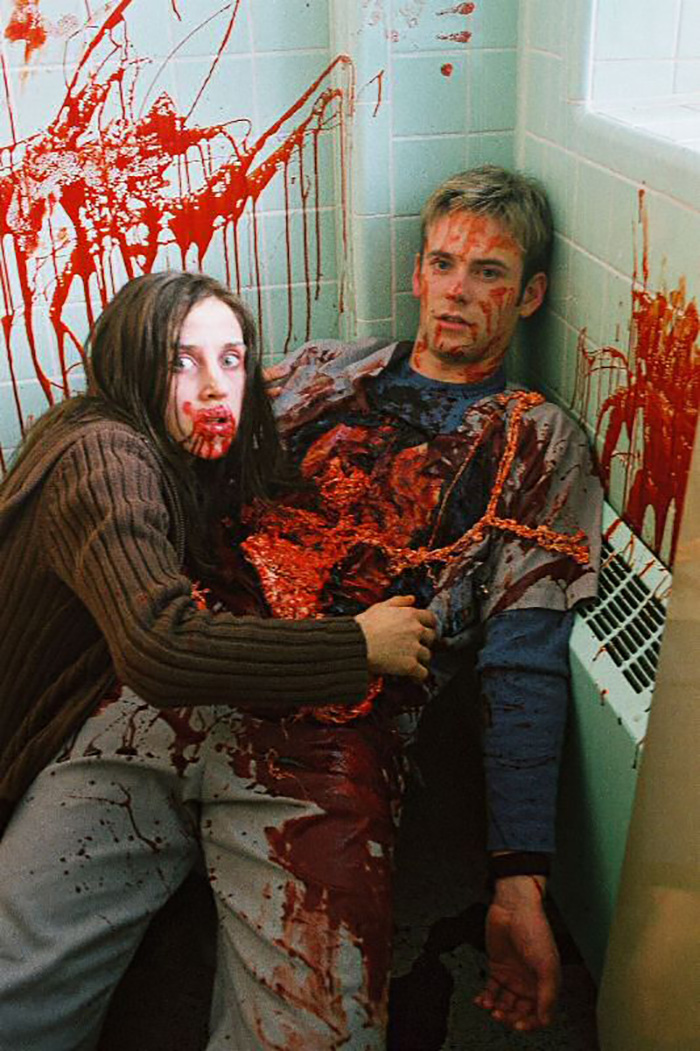 Things like blood. Is there gore in Ginger Snaps 2?  Yes, a little. It’s mostly aftermath shots, but that’s still ok. There