As I talked about in my previous post, I’m starting a new weekly film journal where I’ll be sharing what I’m watching each week and rating each film on a color scale, inspired by my love of Sour Patch Kids candy.

This is my first entry, and I’m excited to kick things off with such a killer selection of great horror. 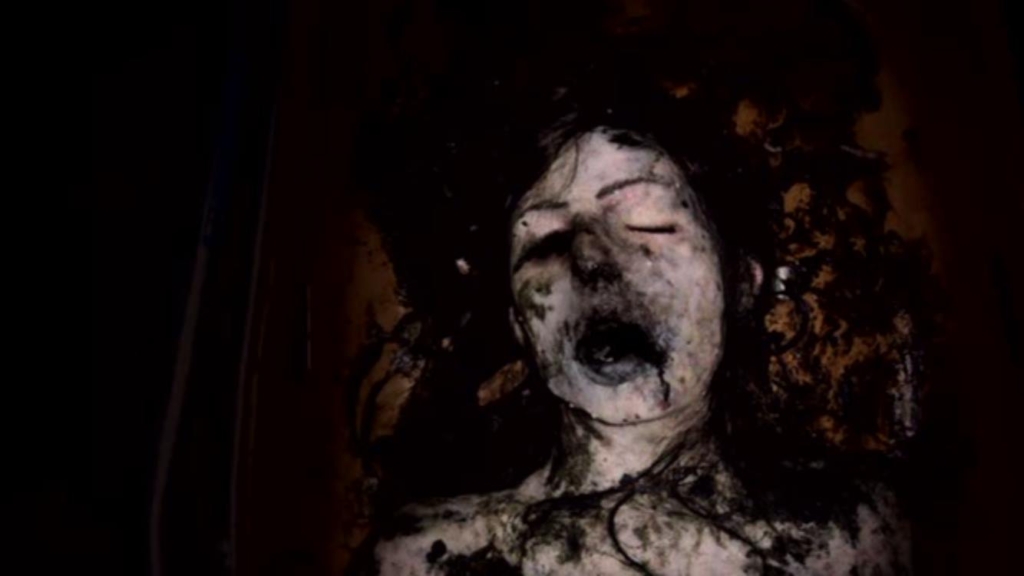 I have a lot of plans for future articles here, and one of them is going to be an impassioned defense of found footage movies.  I am genuinely shocked by how much hate these movies generate.  After over 30 years of watching horror movies, they are the only ones that still manage to legitimately scare me.  One of the films I’m going to use to back my argument up is Lake Mungo, which is not so much found footage as it is a fabricated fictional documentary.  It is presented straight-faced and dire as can be.

Lake Mungo begins as the bleak story of a happy Australian family who are unexpectedly confronted with a terrible tragedy:  their 15-year-old daughter and sister Alice drowns during a day trip to Lake Mungo.  Exhausting mourning soon turns into quiet terror as they talk about suddenly seeing the ghost of Alice appear in photographs.  Son and brother Matthew launches an amateur investigation, and the family contact a psychic to help them communicate with her.  What follows is a melancholic and tremendously disturbing story of the supernatural, and the unfolding mystery surrounding Alice’s death and the final days that lead up to it.

If I could jump out of your computer screen and force you to watch Lake Mungo, I would.

I can’t put into words how frightening this movie becomes once Alice’s ghost begins to appear.  Some of the scariest images I’ve ever seen in a movie.  And it has a bone-chilling gut-punch ending that I certainly didn’t see coming.  It’ll make you want to shut off the TV, run out of the room, and turn on every light in the house.  Make sure you watch the end credits too. 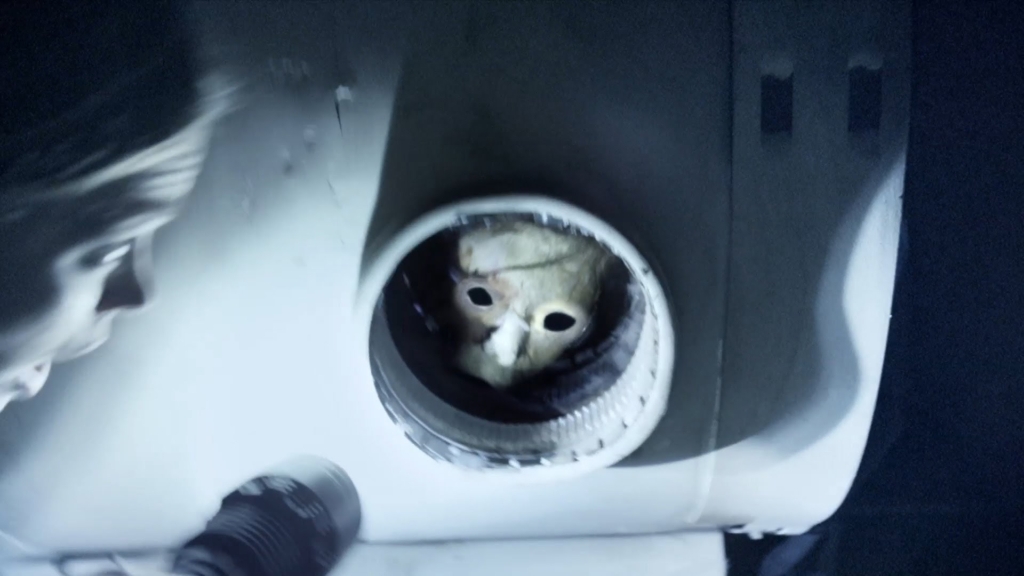 This indie is loosely based on H. P. Lovecraft’s “From Beyond”, but it also incorporates the true events surrounding the government’s horrible Dimethyltryptamine pineal gland experiments (Project MKUltra), and then links those things with the haunting nightmare-fuel Ham Radio number station “Swedish Rhapsody” broadcast.  The resulting fictional story (fuck I hope it’s fictional) is a mercilessly frightening film that begs to be seen in the middle of the night, with all the lights off.

After all that, do you still need a story?  Ok, fine.  In Banshee Chapter, college student Anne sets out to investigate the disappearance of her best friend James.  He is obsessed with trying DMT, and she fears this is somehow connected to where he is.  We learn from found footage that he did indeed take DMT, and is recording the results.  Suddenly, an odd music broadcast can be heard coming from a radio at the bottom of a flight of stairs, and James begins experiencing tremendous anxiety and paranoia.  He tells the cameraman that something is approaching the house, and it wants to “wear them.”  Then . . . ARE YOU KIDDING ME?

There is no way I’m giving away what happens during the next 87 minutes.  You need to experience that for yourselves.  I cannot possibly recommend this highly enough. 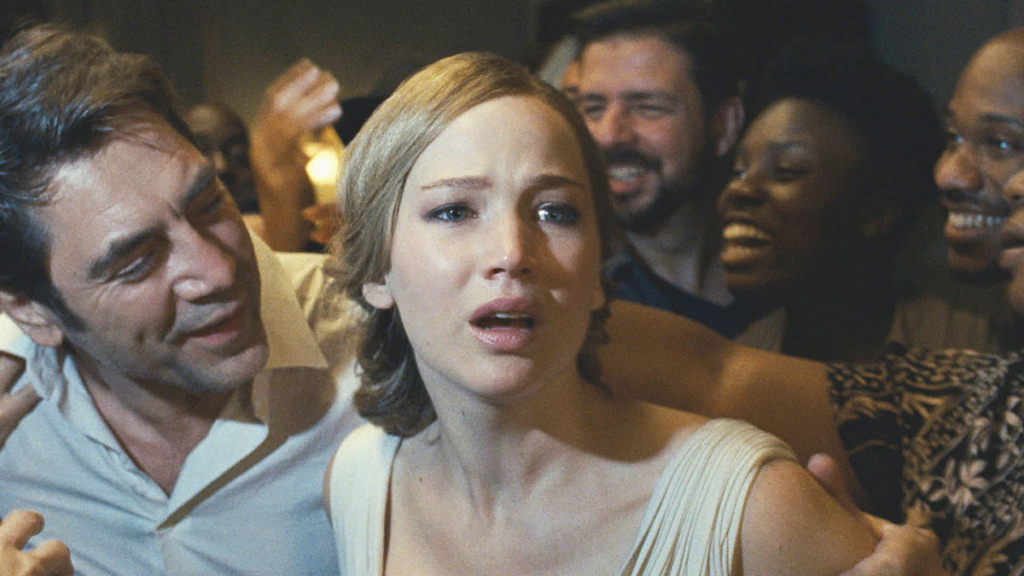 Horror movies are a very important art form.  The fact that some people consider it a genre for perverts and maniacs only both amuses and frustrates me.  Life’s biggest conflicts and questions are examined in horror movies (and for the most part ONLY in horror movies).  Even the most simplistic popcorn-munchers have worthwhile psychological layers, if you’re willing to do a little bit of peeling.  At the center of this claim is the fact that all horror movies deal with death, which is, besides God and space, one of the last truly unexplained existential mysteries.  But, admittedly, some horror movies are deeper, more focused, and have grander intentions than others.

Mother, for instance, does not require much peeling for you to realize you’re being presented with some extremely radical ideas about a confrontational topic.

I understand that, for example, The Wrestler isn’t exactly a psychologically and thematically complicated film.  But still, it was made by the same director who gave us The Fountain, Black Swan, and Pi.  What did people expect when they went to see Mother?  I don’t know, perhaps the promotional campaign is partially to blame for misleading audiences into thinking they were going to see a classic Hollywood suspense picture.  The trailers definitely set up the movie as something intense and unconventional, but I highly doubt a lot of people were ready for the kind of intensity they got.  Obviously.  But people, man.  Don’t fuck with their Jesus!

I apologize for making this a very underwhelming statement about the movie, but I want to see it a few more times before I commit a few thousand more words to it.

Even though it bombed at the box office, this movie has a very bright future.  It is going to be written about, debated, and studied in both film schools and theology/philosophy classes for many years to come. 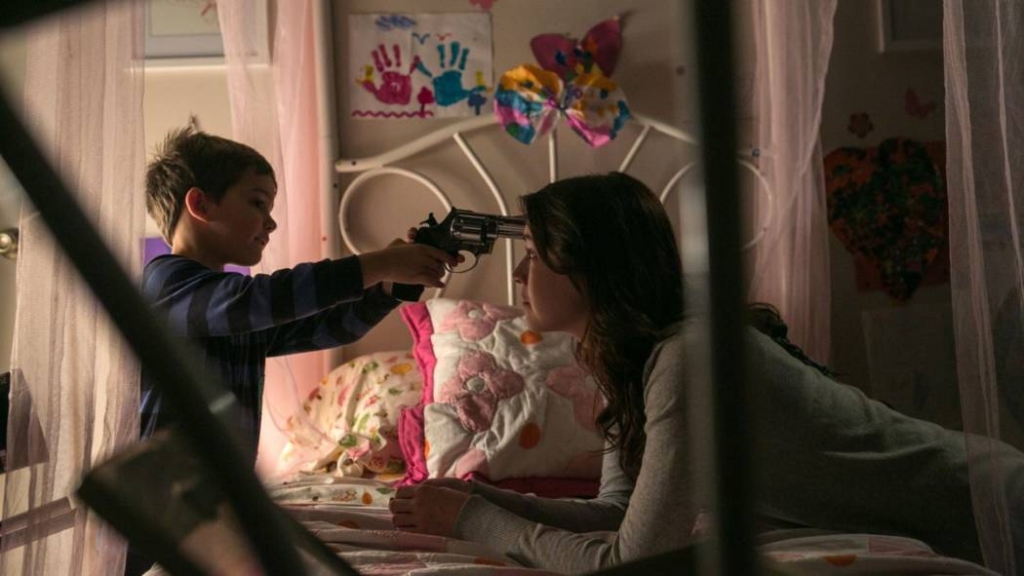 I tend to write a lot about gender equality and feminism, but that shouldn’t deny me the right (and pleasure) of having some seriously illogical crushes on a few actresses.  One of those lucky young talents is Sarah Bolger.  She reminds me of an older, more mature Saoirse Ronan.  For me, Sarah’s most memorable role was as Princess Mary in Showtime’s elegant and sleazy series The Tudors.  Another movie she was really good in is the dreamy, moonlit vampire-girl-in-a-gossamer-nightgown flick Moth Diaries.

I first encountered Emelie on pay-per-view.  It was a new horror release, and I knew nothing about it, but she was listed as the star, so I figured I would take a chance.  Sarah plays Emelie, the very charismatic and agreeable babysitter that a couple hire to watch their three children while they indulge in a date night.  Emelie wins over the children immediately by letting them do things their parents won’t let them do.  She seems to feed on their interest in disobedience and rule-breaking.  She encourages them to make messes, fight, and break things.  Amused by the chaos, she begins taking pictures.  She takes pictures of everything.

Emelie senses suspicion and static coming from the oldest boy, Jacob (around age 11 or 12), so she focuses her bizarre head games mostly around him.  She becomes passively sexual with him, inviting him to enter the bathroom and get her a tampon while she sits smiling on the toilet.  She asks him of he knows what it is, and how it works.

Ugh FUCKING CREEPY!!!  What is wrong with her?!?!  Yeah, like I’m going to give that away here.

Once the family gun enters the picture, things go from squirm-inducing to edge-of-your-seat “What will she do next?” suspenseful. For the final confrontation between the characters, Emelie puts up a very impressive fight.  Boy, what a warped little indie morality-fuck this one is!