Cine-Files: “Slumber” and “Welcome to the Jungle”

This week brings one film that fails to deliver on its frightening potential and one that entertains more than it deserves to.

This week, I spend a few hundred words once again defending an indefensible film: the wretchedly- titled Cannibal Holocaust clone Welcome to the Jungle, and I speak candidly about how deeply disturbing I found the random Netflix rental Slumber to be. 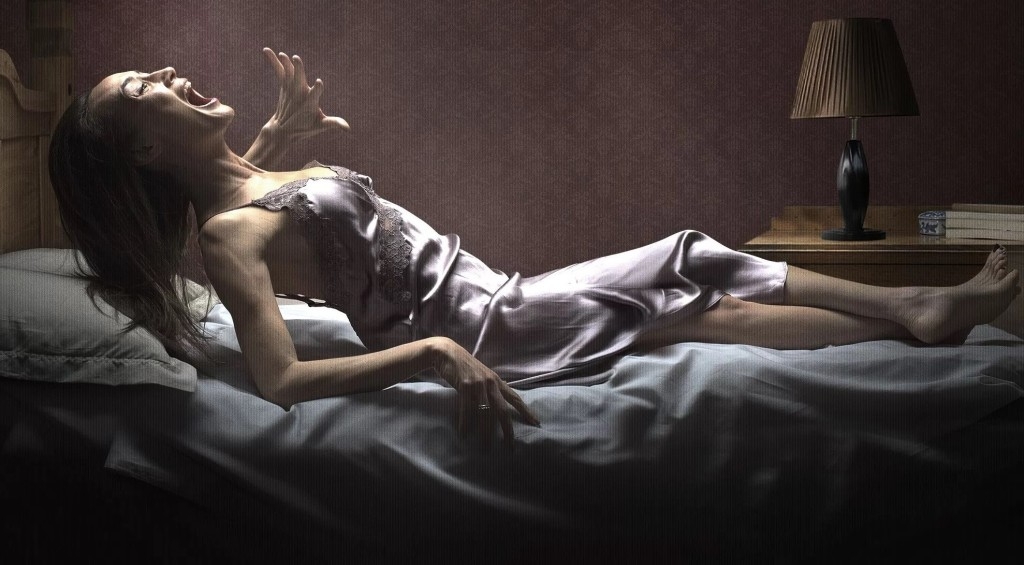 Sometimes I’m a bit too candid in my writing. I share too much and reveal thoughts and secrets that most people wouldn’t feel comfortable revealing (or hearing about). But we all have such truths, fears, and inner-weaknesses, so why not share and talk about them? Maybe that will make them less overwhelming and dominant in our lives.

I’ll admit to something: sleep terrifies me. I hate it. The idea of sinking into a place in my mind that is without form, reason, or color makes my heart freeze. Every night I think about never waking up again. And every night I think about “old hag” syndrome. Sleep paralysis. It has many names, and there are many explanations for it. I never really worried about it, since up until now, at the age of 42, I haven’t experienced it. 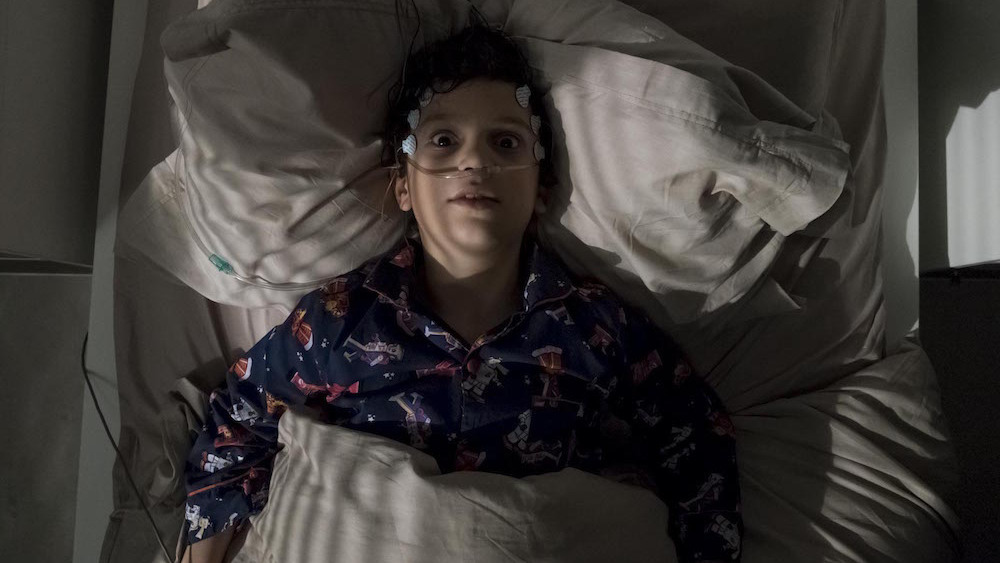 In one scene, director Richard Stanley talks about a panic attack he had one night, and the details of it fit perfectly with “night hag” syndrome: the suffocation, the crushing chest pressure, the feeling of an oppressive presence, and the complete inability to move. I don’t know why I personally connected with his specific experience so much, but after seeing that movie, I thought “well ok, if Richard Stanley can develop it, so can I.” Now I’m terrified of being terrified of it. Silly, I know.

There are thousands of reports of attacks from the “night hag” presence. I imagine a literal old hag/creature sitting on me, pushing its face to mine, and not letting me move. Evil and unavoidable and right in front of me. It’s a phobia that sometimes brings me to tears. Every night I stay awake until at least 3AM, because I am afraid to go to sleep. Because the night hag might get me.

But eventually, when I give in to common sense and go to sleep, I take enough tranquilizers to put me out quickly, and for several hours. Several hours of dreamless sleep, because I fear my dreams too. Then, in the back of my mind, I wonder if I took too many, and maybe I’ll never wake up.  See? I fucking hate sleep. 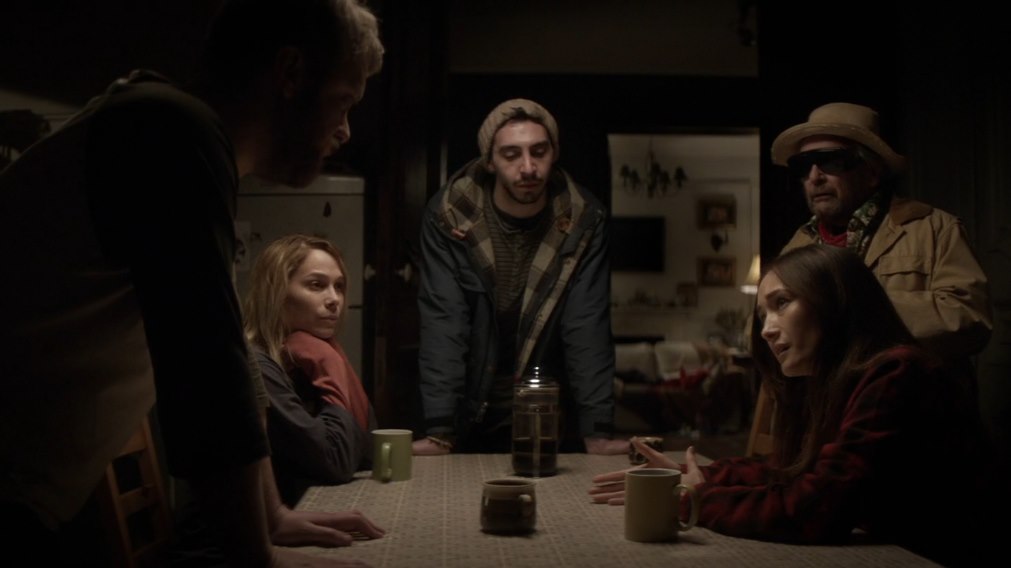 Last week I rented Slumber. It was newish, and it had a cool cover. I don’t ask for much, so for a few good orange Sour Patch Kid time wasters, I’ll check out anything. There are a few semi-new and unique things about this movie, but the reason I’m focused on it is because of how it affected me personally.

The story setup is pretty basic: childhood flashback to two children who are awakened in the middle of the night. The little boy sees something so terrifying he jumps out of a window, to his death, in order to escape it. Many years later, we learn that his sister has grown up to be a sleep researcher that specializes in treating sleep paralysis.

We follow her daily life for a little while, until she has an appointment with an entire family who are suffering from sleep paralysis at the same time. They also sleepwalk and behave violently. The researcher is fascinated by the fact that the entire family suffers from this and works with them intensively. In a cool little switch, the story begins to follow the family. As the attacks persist, it seems as though the “old hag” presence is particularly focused on the little boy. I was surprisingly gripped, mostly because I empathized with the characters, but also because I feared it would happen to me.

Then, sadly, about 70% into the movie, it became common, ordinary paint-by-numbers horror bullshit.

An old man enters the picture, and of course he’s eccentric yet wise, and he knows exactly what is happening to the family. So they all gather in the family kitchen and hatch a plan to kill the evil presence.

You know exactly what I’m talking about. Sigh. There is no need to spell it out any further. Up until that point, I was genuinely frightened. But once it just fell into the same old routine, I was bored. So, an unclimactic conclusion to a mostly good horror movie about the physical threat of nightmares.

Welcome to the Jungle (2007, directed by Jonathan Hensleigh) 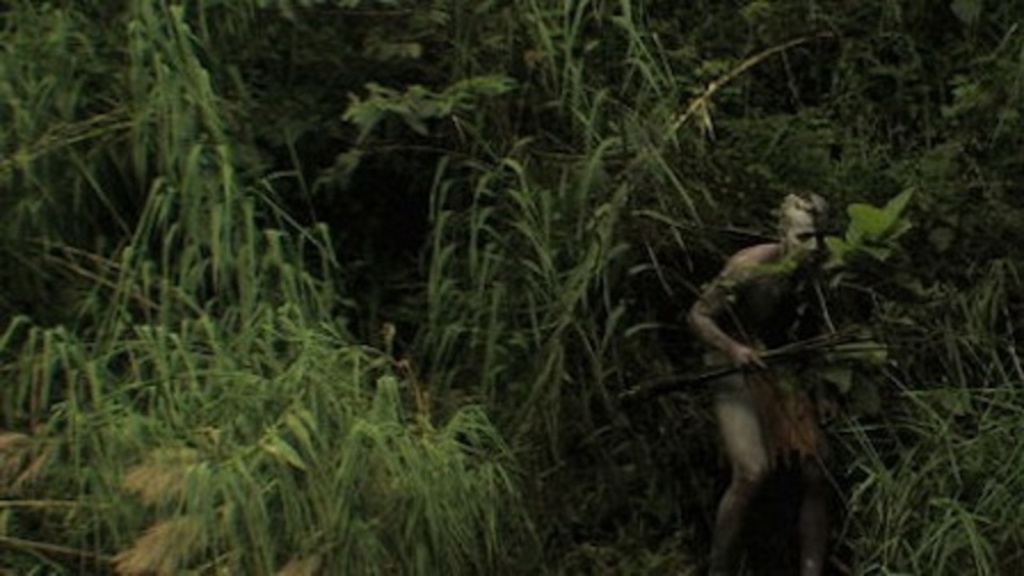 I love found footage, and I love this movie. I’m not sorry about it. Every time I watch it, I am entertained and (MOST IMPORTANTLY ABOUT FOUND FOOTAGE) completely immersed. The character conflicts are realistic, and its locations are very authentic-looking. I’m not sure if it was actually filmed in New Guinea, but it looks like it was.

The characters are extremely believable. All of them are actors I have never seen before, which contributes to the realism. And there is nothing at all contrived or over-the-top about them. We all know common, ordinary people like this. They are nothing special.  hat makes them special is the conflicts that arise. And no, it isn’t because they get lost and turn on each other. They know exactly where they are and where they’re going. This group falls apart because of personality, laziness, and booze. 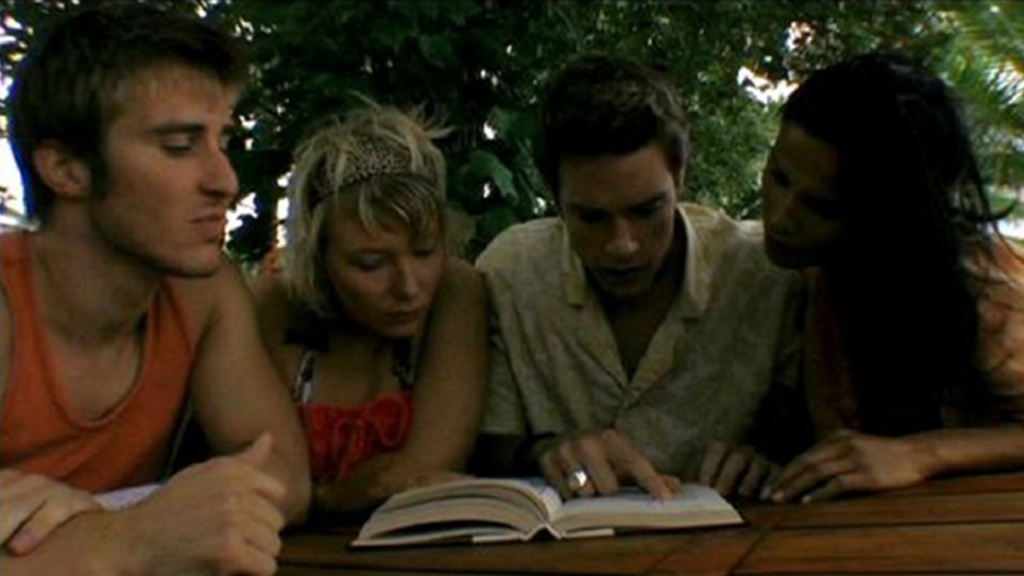 It features two couples: Mandi and Colby, and Mikey and Bijou. Mikey and Bijou are shameless party animals. They drink constantly and freely admit to basing their entire lives around being drunk. Life is one big party riding on the sunny surf of life. Mandi and Colby are much more focused, responsible and conservative. How these four came together is fucking ridiculous.

They plan a get-rich-quick scheme that entails finding Michael Rockefeller in the uncharted jungles of New Guinea. They begin their adventure getting along, but a big problem soon arises: Mikey is a fucking asshole tough-guy. While driving through roadblocks, he mouths off and almost gets them all shot. Everything is a joke or no big deal. If anybody says or does anything he doesn’t like, he threatens to “beat their ass”.  Once they fall afoul of a cannibal tribe, his first reaction is to pull a Glock and start barking, “Do something! Go on, start something.”