A star-studded cast is ruined by dreadful dialogue, but effects masters Steve Johnson and Eric Allard save the day with great gore and fx. 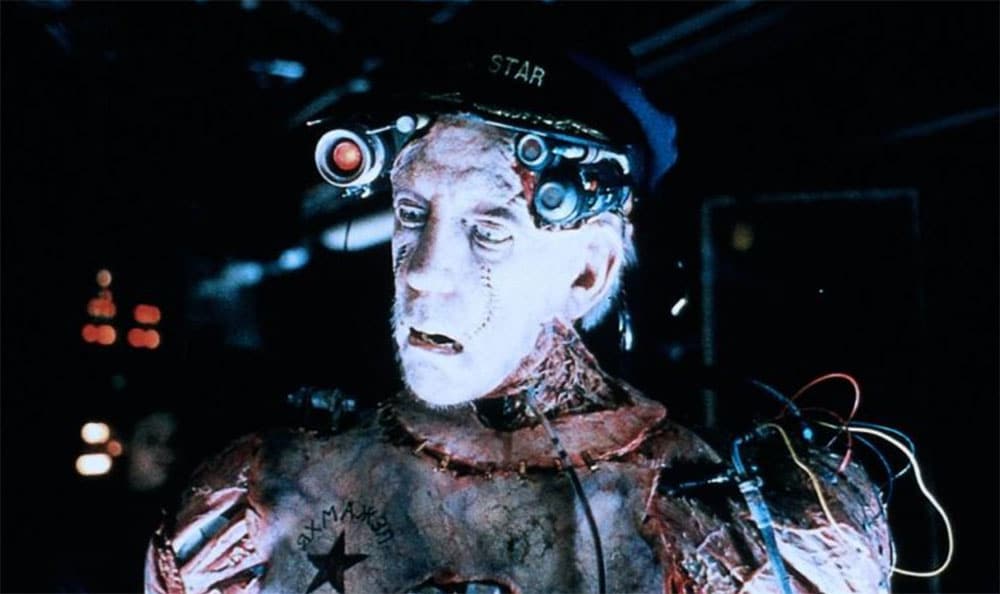 A tugboat crew attempts to salvage an abandoned Russian ship but soon discovers why such a prize was abandoned in the first place. Let’s dig into 1999’s “Virus”, directed by John Bruno!

Jamie Lee Curtis has a valid gripe with the quality of the picture. It is derivative, uninspired, and poorly written — as in the bit of dialogue, “It’s like lightning that can think!”

That said, it’s not as bad as she makes it out to be if you understand it is a campy genre mash-up and not a big-budget blockbuster.

She may have been a little spoiled working with Jim Cameron and Arnold in True Lies, and the countless other smash hits that she was involved with. This film definitely feels below her and much of the cast.

As for being a viewer, it’s a treat. The effects are, at least.

There is a healthy amount of gore. One could even argue that our gore plate is overflowing with this installment.

The robots are amazing, and get better with the more viscera they slap on the machine parts. I thought I even saw an evil Johnny 5 in there, which would make sense since effects tech Eric Allard also worked on Short Circuit.

Director John Bruno also worked on Titanic, which could explain why some of the water shots look extremely realistic, though in a lot of them you can tell it’s a model.

The Biomech brilliance brought forth by Steve Johnson makes the whole thing worthwhile in my opinion. Even if they rip off the poor computer speak of Zero Wing. (“All your base are belong to us” = “I am Aware. You are Virus.”)

Last question. What kind of accent was Donald Sutherland trying to pull off?

Jamie Lee Curtis needs no introduction in this genre, nor any genre for that matter.

Donald Sutherland’s gasping face with his finger extended, condemning is forever burned into the psyche of this genre. Unfortunately for me, so is his bottomless scene in Animal House with that off-white cardigan.

Billy Baldwin, of the famous Baldwin brothers out of Massapequa, Long Island (it’s on not in!) fought fires in Backdraft alongside Kurt Russell and played with electrical paddles alongside co-star Donald Sutherland’s son Kiefer in Flatliners (an overlooked classic) and Kevin mah’fuckin’ Bacon.

Ho-Ly SHIT! Cliff Curtis was cast in a movie and allowed to play a role in his own ethnicity!?! Curtis is from New Zealand and is Maori. The man of a million origins (who may have ceded that title to Oscar Isaac now) was Spanish in Training Day, possibly colonial British (Indian) in Sunshine, and brilliant in everything. 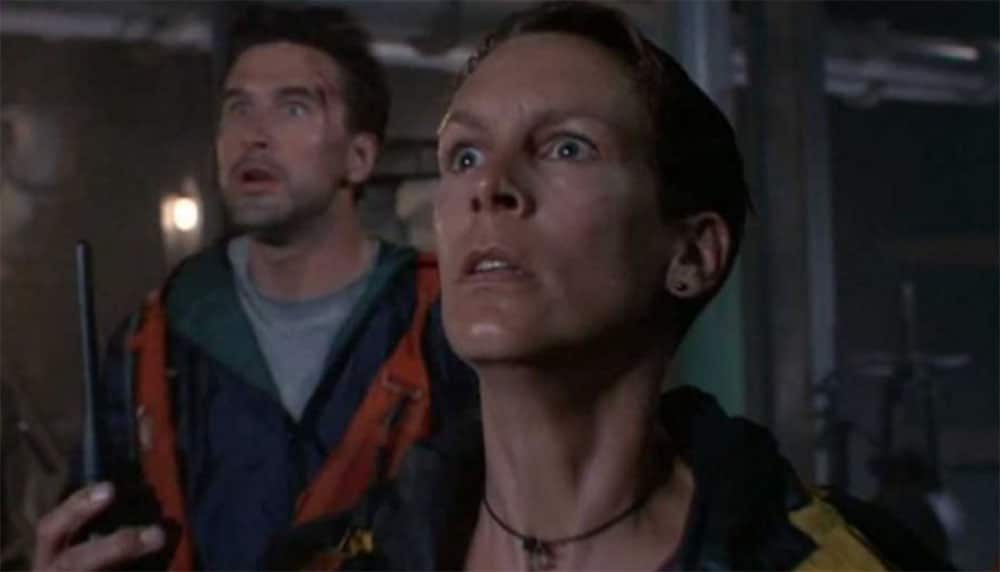 The dream fake-out always irks me. It feels non-committal.

More egregious though may be making an actor with the status of Donald Sutherland sit through countless hours of makeup only to dismiss him so quickly on the screen. He should have been the final amalgamation.

The workshop scene is absolutely bananas. Machine parts and viscera and body parts were strewn about. It’s beautifully grotesque. Steve Johnson is a master.

When the star of the film calls it a piece of shit enough times, it deadens the chance for steam to build behind a general consensus. When that star happens to be THE Scream Queen, you’re dead in the water (see what I did there?).

I think this title is relegated to its honorable Blu-Ray release from Shout Factory, and that is quite alright with me.

Shout Factory put out a very worthy Blu-Ray with tons of extras, the most intriguing of which is an interview with effects legend Steve Johnson and Eric Allard. You can also rent on Apple TV, Amazon, Google Play, and Vudu.