A fun film with a great premise, “Black Roses” is executed well enough and will definitely fulfill your 80s retro thirst. 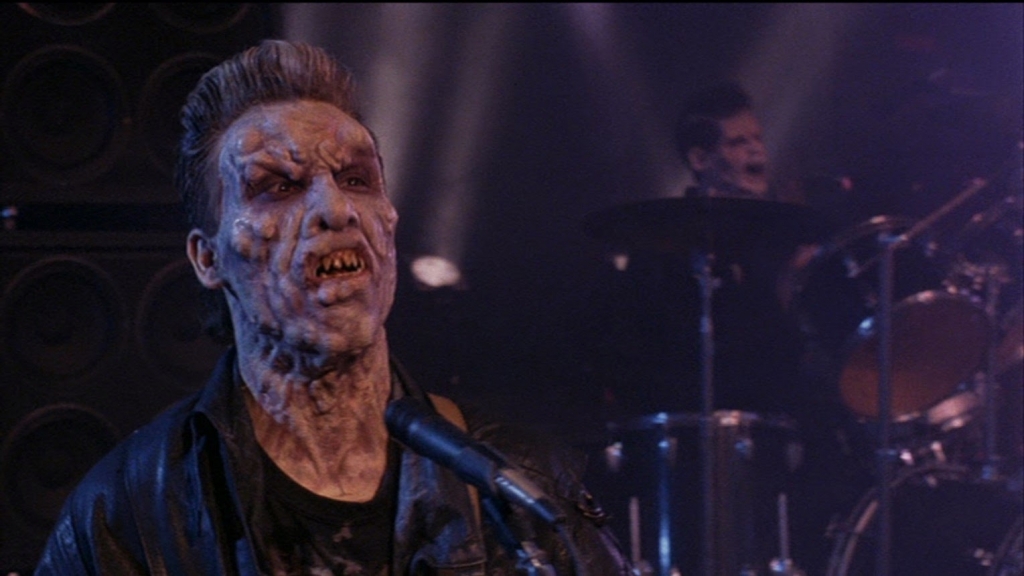 A group of demons disguised as a rock band goes from town to town, corrupting the local youth. Let’s dig into 1988’s “Black Roses”, directed by John Fasano!

This is one of the most enjoyable films I’ve watched in a while. It’s cheesy but there is never a moment that I can’t stand. It even slogs sometimes, but I STILL liked it.

The premise is phenomenal and has social relevance.

We’ve gone through generations of parents believing TV, music, and games are corrupting our minds. Ironically, today’s younger generation has appropriated this stance that media can be evil and control the minds of the masses. Instead of warning labels and banned video lists, this generation conflates the actions of comedians and celebrities with racist and hate-fueled movements — as if a joke can somehow motivate a horde of people to commit acts of violence and hatred.

It’s as absurd now as it was when our parents were blaming Marilyn Manson for the actions of some incel dickheads to remove the safety of schools in perpetuity. No responsibility is applied to the actual perpetrators.

Anyway, back to the film… 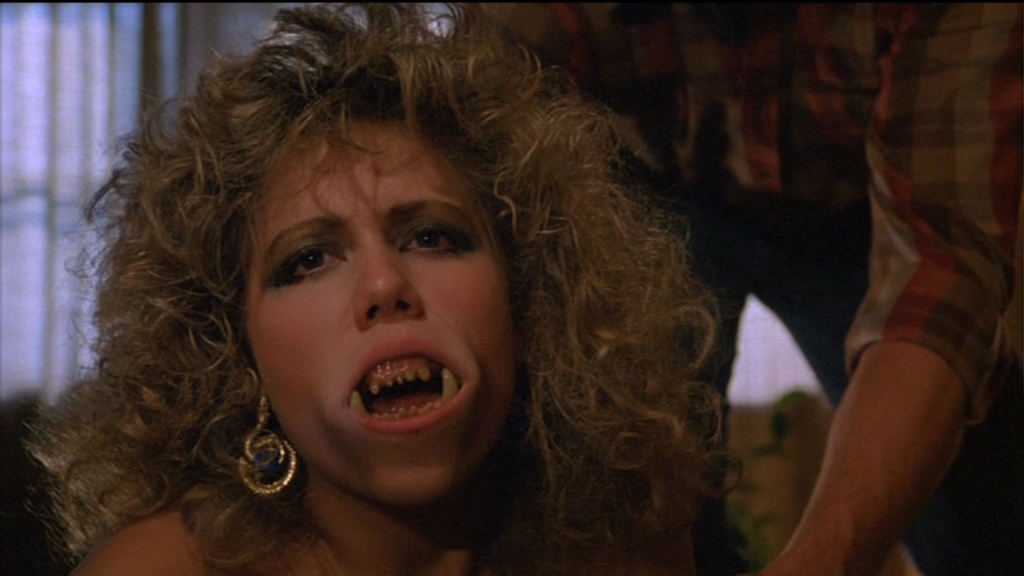 Just like the Romans being obsessed with the threat of parricide, the parents and authority figures here believe evil music is going to inspire their children to carry out the toppling of the hierarchy. And that is exactly what they do!

When the hottest band on the planet, the Black Roses, come into town, they open up their set with some ballads to dupe the teachers into believing all will be fine. But as soon as their backs are turned, the leather comes out and the haze gets turned up to eleven. Then the students become murderous demons themselves.

It’s such a fantastical idea — and one that I often imagined when I, myself, was sitting in the auditorium in high school (though my wish was that the Deftones were playing in front of me instead of some dude from my homeroom with a tuba).

I wish the music was better, but it’s good enough. The effects are good, though some of the masks look like a cheap department store purchase. It’s a bit whimsical, a lot absurd, and totally fun. That’s the word of the day: fun. Now go have some.

Drummer Carmine Appice (Vinny Apache) has played with a who’s who of rock and metal musicians — from Vanilla Fudge to Ozzy Osbourne to Rod Stewart.

Vincent Pastore (Tony’s Dad) has made an impressive career of playing typecast characters, most notable of which was his role as “Big Pussy” on the landmark HBO series The Sopranos. 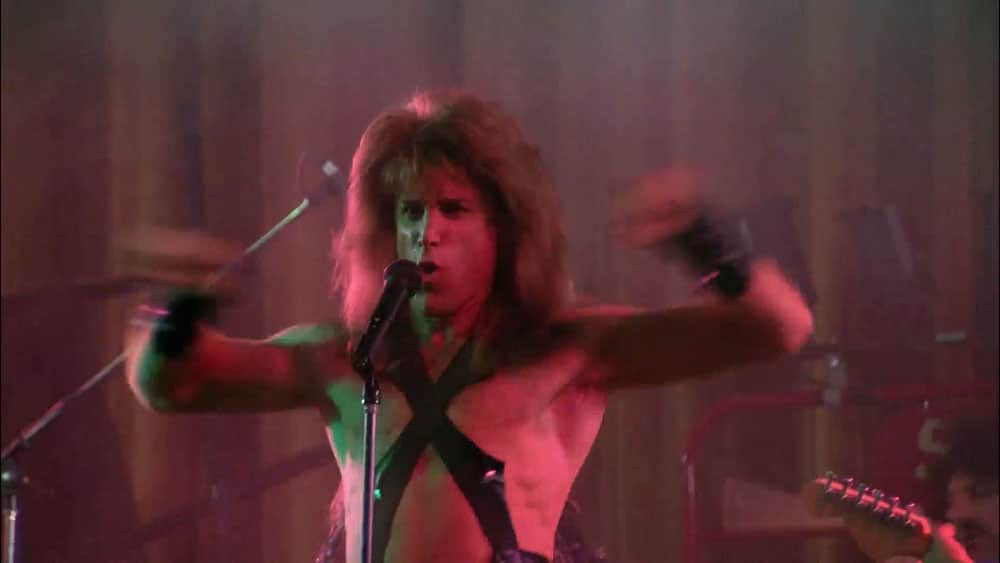 Julie’s breast fondling scene is awkwardly long and useless other than to excite the loins.

Sal Viviano’s (Damian) hair and frontman charisma are undeniable, even if he wasn’t actually singing.

Too much fun as it stands, but it could benefit from someone going back in and shining it up. Adding a legitimate score that compliments what’s happening on screen would be a great start. With some of the titles that are unearthed by companies recently, the case can be made that this one deserves a tune-up and parade.

You can stream Black Roses on Shudder. Or you can track down a DVD released by Synapse, a Blu-ray from NSM, or an insanely bloated value on VHS.