Pure fun and folly, “Funny Man” is all gore and laughs with no plot, yet impossible to hate thanks to the performance of Tim James. 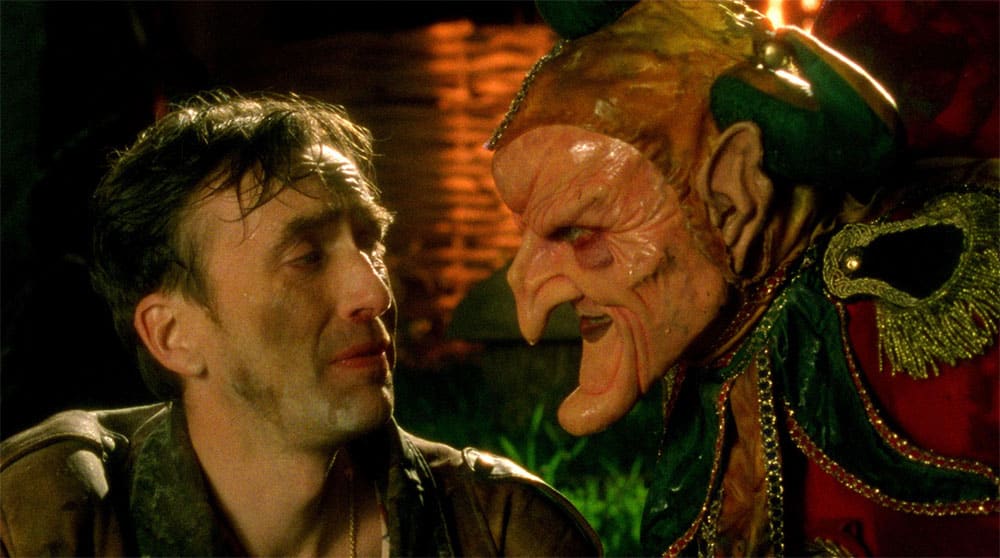 A Record Producer wins a wealthy estate in a poker game but it’s inhabited by a killer Jester who kills with vigor and a smile. Let’s dig into 1994’s “Funny Man”, directed by Simon Sprackling!

No, there is no real plot to follow, but who cares?

I can’t believe I’m saying that, but Sprackling hit a sweet spot thanks to the talent both in front and behind the camera that made this tedious production an absolute riot.

Originally planned as a short film conjured up by Sprackling, Tim James (Funny Man), and a drinking buddy, James’s performance inspired them to toss out the script and dive in further for a feature film. Their original thirty minutes of footage was used to raise financing for said feature-length.

And after a fortuitous sip of PG Tips and a seven quid cafe bill, Sir Christopher Lee signed on as the key master behind the ensuing absurdity. 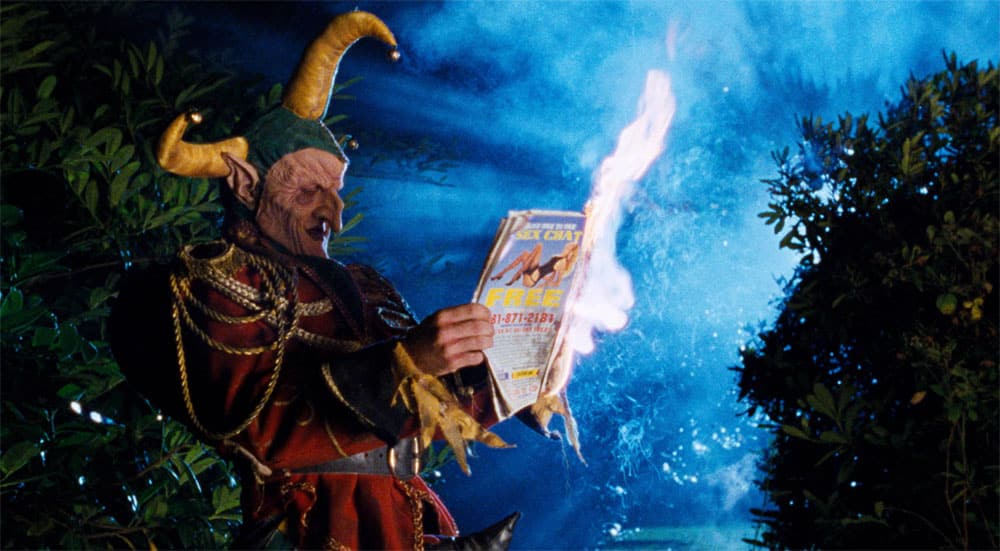 The story that does exist is only meant to ferry us to the estate and unleash the devilish Jester and his creative methods of maiming a large collection of characters.

Jumper cables in lieu of headphones, an elephant gun blasting someone’s brains out (with eyes and glasses still attached), and an elegant striptease from a prosthetically endowed Funny Man, keep the pace of fun going strong. There were absurd surprises around every corner.

How this film hasn’t gained a larger cult following is beyond me, but it surely deserves it. 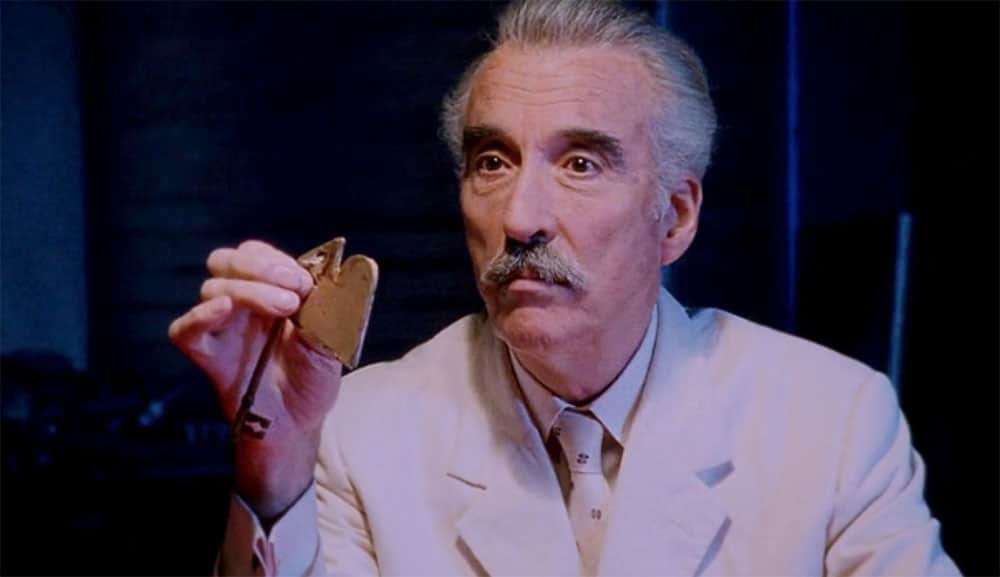 Whether it’s as Saruman in the Lord of the Rings Trilogy, Lord Summerisle in The Wicker Man, or as Dracula in the Hammer Horror films, the late Sir Christopher Lee is a legend of the silver screen and embraced low budget films and horror just as much as mega franchises. It had been twenty-two years since he had acted in a horror film when Director Simon Sprackling passed his script for Funny Man along, and it was the eccentric tale that lured Lee back to the dark side. It’s a nice gesture of an established industry icon stepping forward for a countryman and visionary. I wonder if Sprackling still has the Joker card Lee signed for him on set.

It was too fun for me to care about what was unnecessary.

Tim James’s performance is one for the ages. It is the driving force of the film and I can’t love it any more than I do. 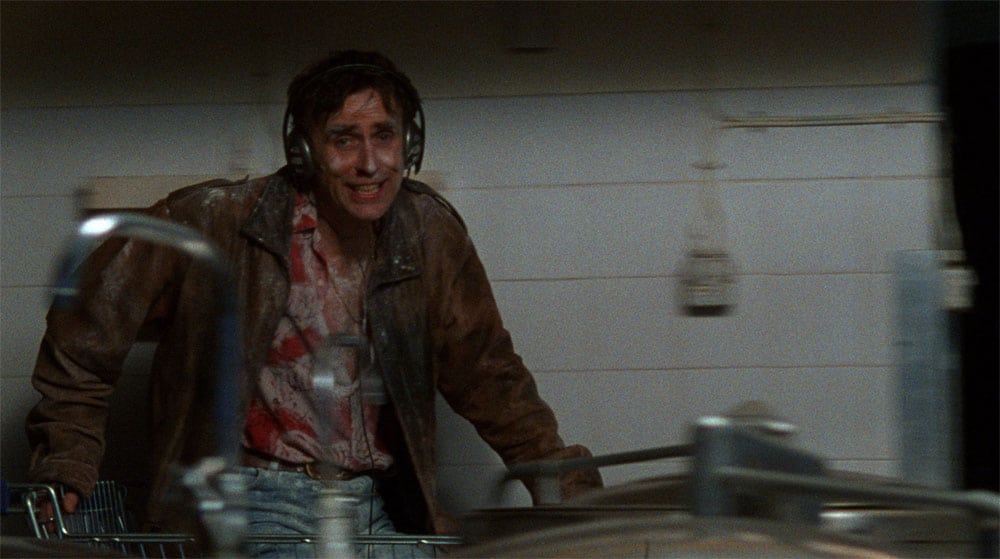 With credit for a recent short (Flora & Fauna, 2019) which is making the festival rounds at the moment, I would love to see the wild Welshman, Tim James, back in the jester suit.

Wicked Vision released a since-sold-out limited edition Blu-ray that features art that looks unmistakably like Graham Humphries’ work. The DVD version I watched was released in 2001, by Arrow Entertainment (unsure if it’s the same company as UK’s Arrow Films which puts out a bevy of genre flicks), and the first 2000 copies came with a negative from the 35mm print of the film.