An underappreciated genre gem, “Dark Night of the Scarecrow” avoids the slasher traps and benefits from veteran actors who play evil well. 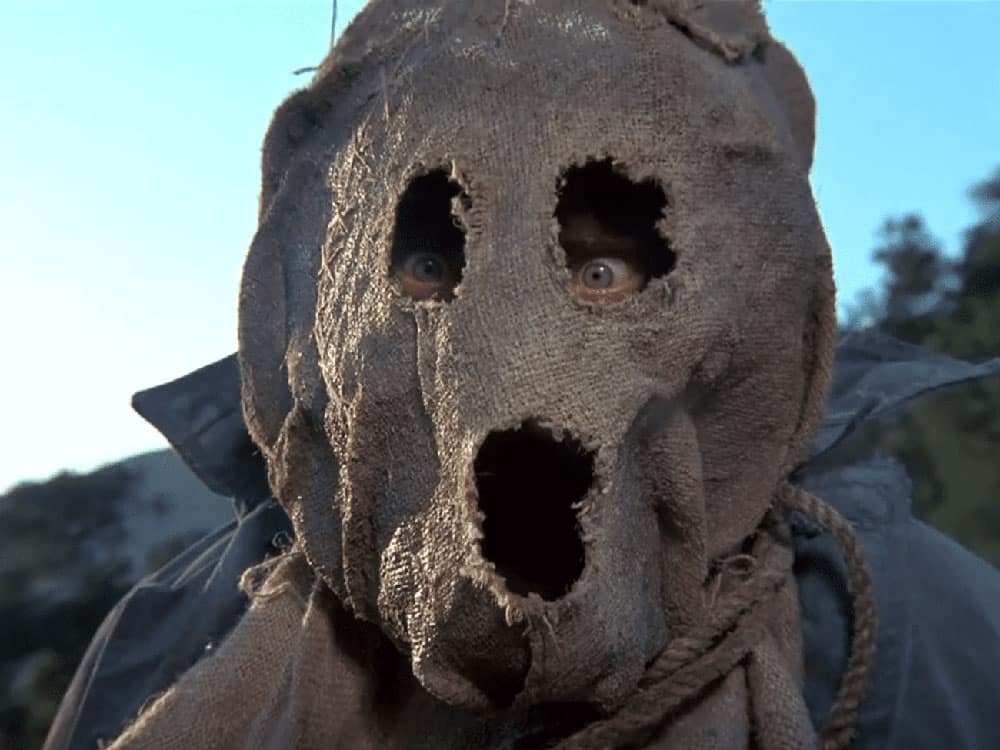 It’s a good thing I take notes when I watch a film because I liked this one so much that I totally forgot how shitty the title sequence was.

It might be the lowest budget intro I’ve seen, with an amateur painting serving as the backdrop as we dissolve to a matching windmill.

Shown in 4:3 on Shudder, which didn’t bother me, perhaps because of the forced Instagram aspect that has been thrust upon us for a decade now.

The quality of the picture is pretty good; high marks for an extra impactful scene when Bubba is lynched. 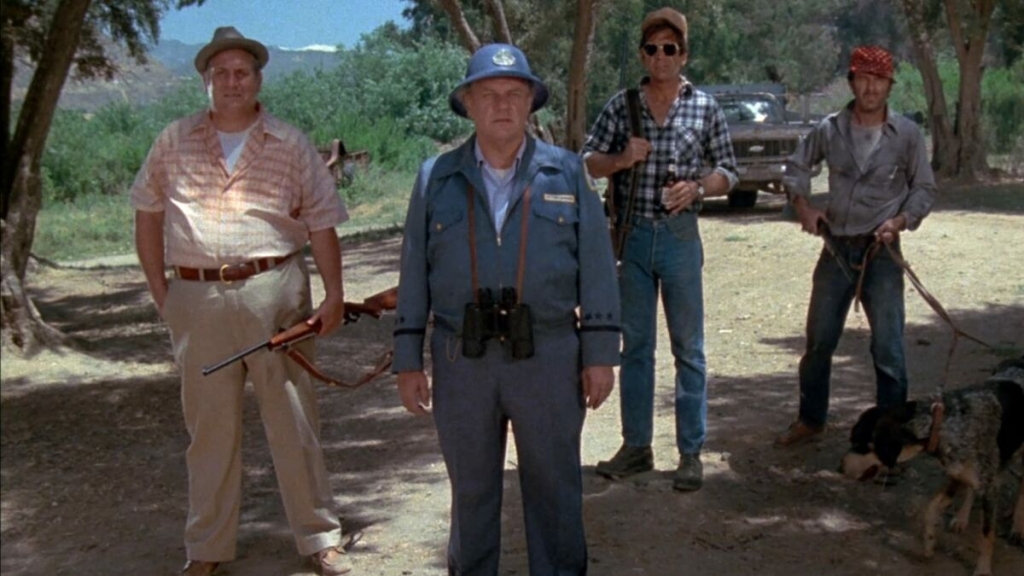 I’m sure there are tons of parallels and unintended time-traveling allegories I could force upon the film, relating contemporary politics and pontificating my way through some pretentious history lesson. I don’t really have the energy for that.

This is a damn good horror film.

The tension is built without a drop-off. They even do a good job showing the gun in the first act (the grain silo) and then firing it (filling it) in the third act.

It’s a good, blood-free kill for a TV horror film. You even get a bit of blood in a couple of scenes which isn’t the norm for a TV film of that era.

It’s well worth a watch and a perfect addition for the Halloween season’s holiday viewing. 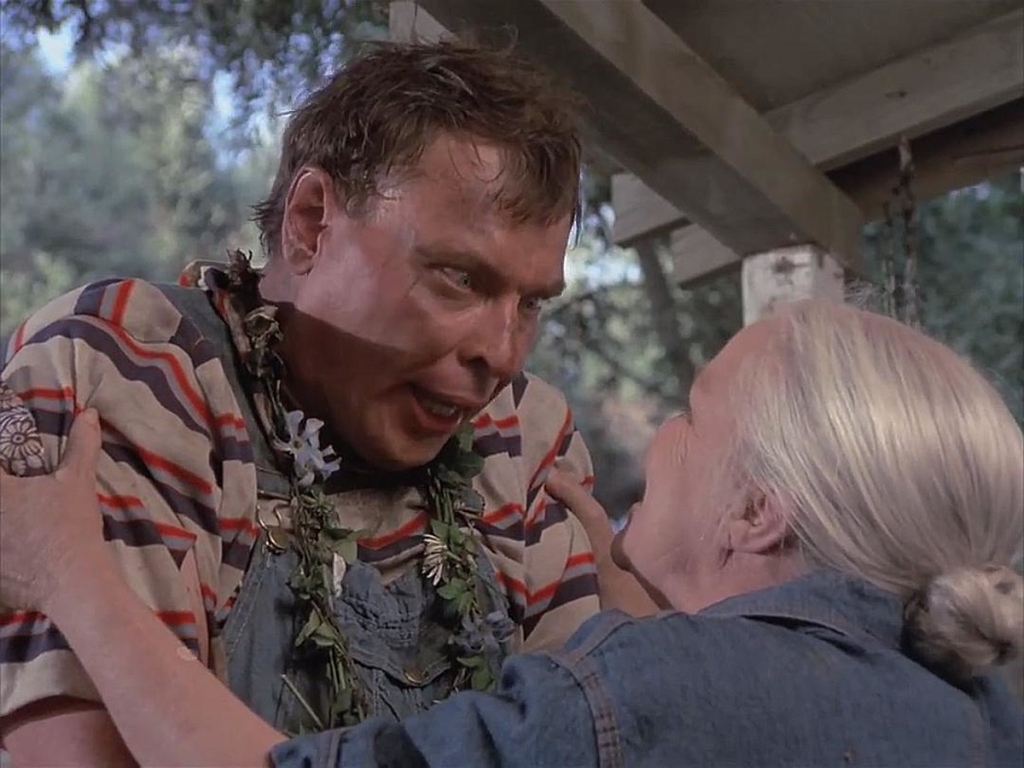 Lane Smith is either Coach Reilly, the nemesis to Gordon Bombay in The Mighty Ducks, Walter in Pauly Shore’s classically funny Son In Law, or Jim Trotter in one of the most re-watchable films of all time, My Cousin Vinny. For me, he’s all three.

Charles Durning (Otis) will look familiar from various films, including The Muppet Movie, When A Stranger Calls, and Dick Tracy. But what sticks out most prominently in my mind is his patriarchal role in the underrated holiday comedy Home for the Holidays, which features Robert Downey Jr. in a role that mirrored his life’s troubles at the time.

Larry Drake (Bubba) may be most notable in the mainstream as Benny in LA Law, but to genre fans, he’s Dr. Giggles.

Jocelyn Brando (Bubba’s Mom) is the older sister of screen legend Marlon Brando. She’s got an impressive resume herself, including Fritz Lang’s The Big Heat. Even though it was a film that was bought for TV release, there are a couple of allusions to inappropriate relationships between the little girl and Bubba. It’s the largest basis for what happens to the character.

There is a habit, especially today, to avoid supernatural horror unless you go full Monty. There will be twists and turns in a story that makes you think the terror is otherworldly, only to bring it back to earth at the end with some lame recon.

I was genuinely pleased there was no attempt to force an elderly woman or an innocent little girl to have somehow been the killer all along. As if they could menace and murder four full-grown, farm laboring, overweight fellas.

Sticking with the supernatural was a treat. 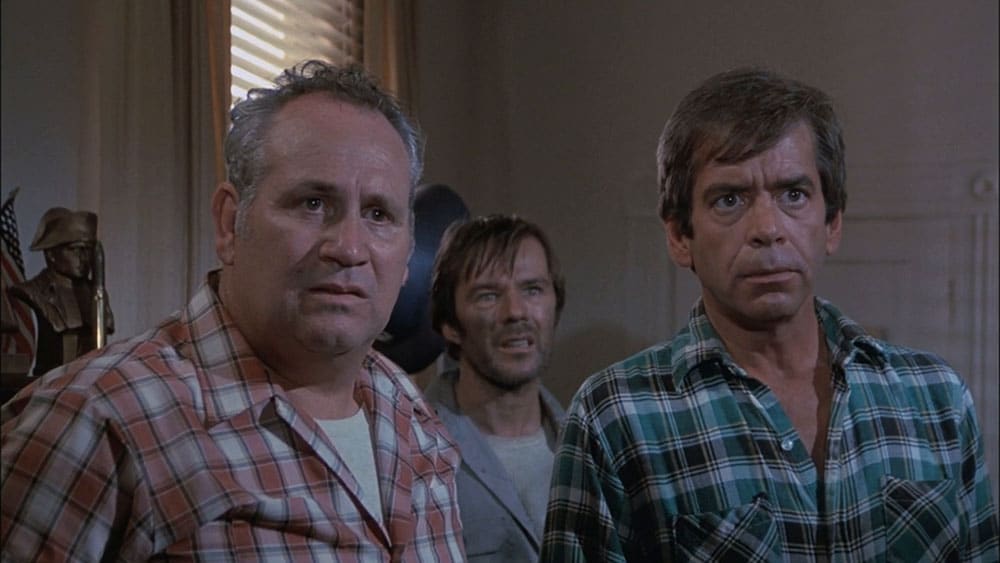 With most of the main actors no longer with us, it feels too taboo to touch the property.

(There is, in fact, a “sequel” written and directed by original writer J.D. Feigelson, but based on the trailer, I’m going to pretend I didn’t know that.)

There have been tons of horror films over the years that have used scarecrows as a mechanism or straight up as their monster. It’s been done to varied success, but I would argue none better executed than this here film. This is odd to say since the scarecrow acts as more of a bookend, as far as the story goes.

A 3oth Anniversary edition can be had pretty cheap from VCI entertainment, who put out this Blu-Ray in 2011. It includes a 30-year look back on the film’s history and a Q&A with the cast that was filmed at 2011’s Frightfest.

This edition is worth it for that bonus alone, as most of the cast has since passed away. You can also stream it on *takes a deep breath* Peacock, AMC+, The Roku Channel, Fandango’s VUDU, Tubi, Shudder, Screambox, and Night Flight Plus.