“One Dark Night” is a gothic horror flick with a squishy center and tons of eighties tropes — but an ending that delivers a punch. 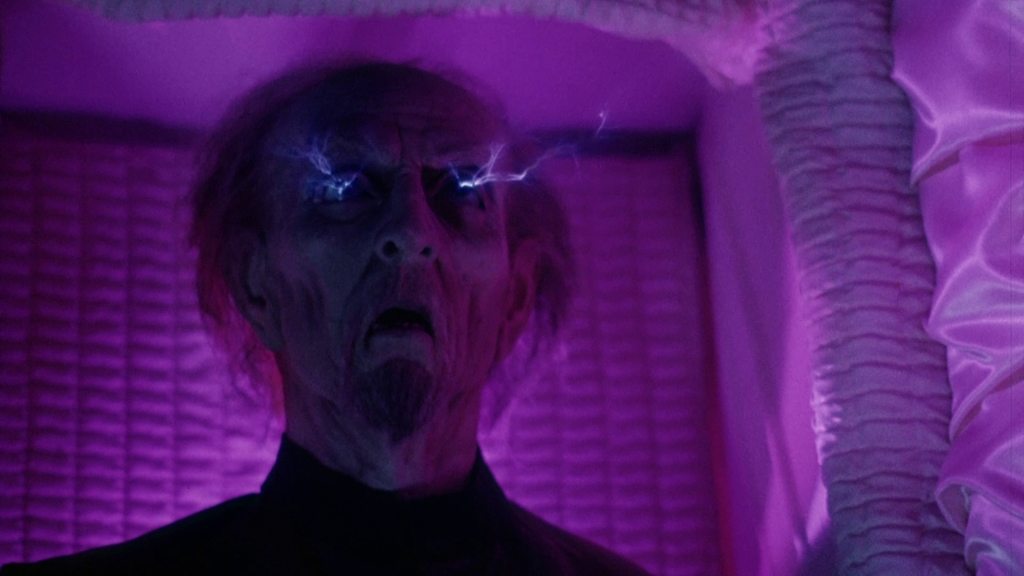 Julie is set to spend the night in a mausoleum to join a girl’s group, little does she know it holds a recently deceased psychic vampire who’s not yet done using his powers. Let’s dig into 1982’s “One Dark Night”, directed by Tom McLoughlin!

Originally titled Rest in Pieces (a much better title), this film was plagued with oversight and studio edits. But let’s talk about the real star of this show: The Mausoleum.

It’s impossible to see that and not think Phantasm. The sterile white marble, the brass sconces, the polished epitaphs. It shares film lineage with Rocky III, as both were filmed here at the Hollywood Mausoleum, with One Dark Night utilizing it for exteriors and another mausoleum within the Hollywood Forever Cemetery (The Abby of the Psalm) serving for interior shots.

I had little hope for this film out of the gate. The opening scene was pure trash. A fleet of coroners pulling up to an apartment building to haul away six bloodless corpses piled in a closet and a dead Russian psychic (Raymar) with a bad case of static electricity. This disjointed scene was filmed partially in post, which was the most likely culprit for its inadequacies.

A clear path is never chosen, as the B-Story (following the Daughter of Raymar in her grief) is a boring vehicle for the exposition which will serve the big climax, but it chews up so much screen time that the A-story (the high school kids and the initiation rites) never gets off the ground. The middle of the film loiters around waiting for enough time to pass so we can unleash the beast. 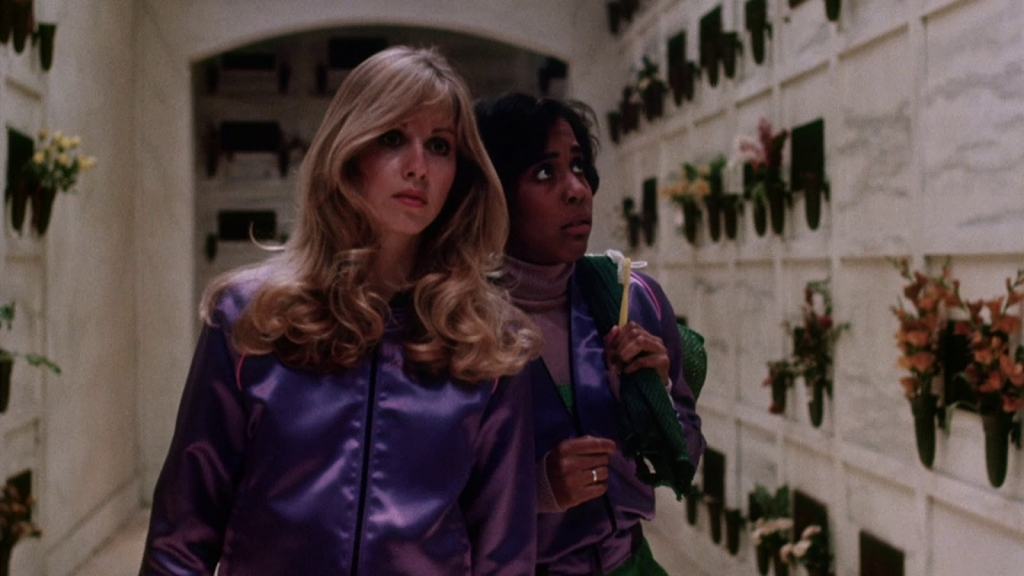 Now, we’re at the redeeming value of the film.

Once Raymar makes his grand re-entrance the real payoff begins. Julie (Meg Tilly) has spent the night in hopes of becoming a full-fledged, jacket-wearing member of The Sisters, who come back to prank her, and now they’re face to face with a wicked corpse with telekinetic powers. Raymar and his fellow deadheads have that eighties special effects luster that makes you feel warm inside, but… they’re static. They’re basically dummies on dollies. They move around and bang into the girls like some undead bumper cars. A Roomba is more threatening.

We top off this rotting sundae with death by compact, as Raymar’s daughter shows up to save the day and uses her pocket mirror to melt dead old Dad, in a phenomenal effects sequence.

Not sure we’ll ever see the intended cut, which reportedly featured Julie acquiring Raymar’s powers with Thriller-esque cat eyes ending, but I’m not sure how much it would have helped as the real deficiencies were not with the ending.

Adam West needs little to no introduction. He’s not the first Batman, but the campy TV series which only lasted two years (1966-68) is ingrained on the pop culture psyche as vividly as any portrayal of the Dark Knight since. His distinct voice was also lent to a long run as a tongue-in-cheek portrayal of himself in Family Guy.

Elizabeth (E.G.) Daily seems to be popping up a lot lately in these digs. This time Dottie (Pee-Wee’s Big Adventure) is the loner, the rebel.

Meg Tilly (Julie) is phenomenal here and perhaps most recognizable from her role in the 1993 Body Snatchers remake, or as the younger sister of Bride of Chucky’s Jennifer Tilly. 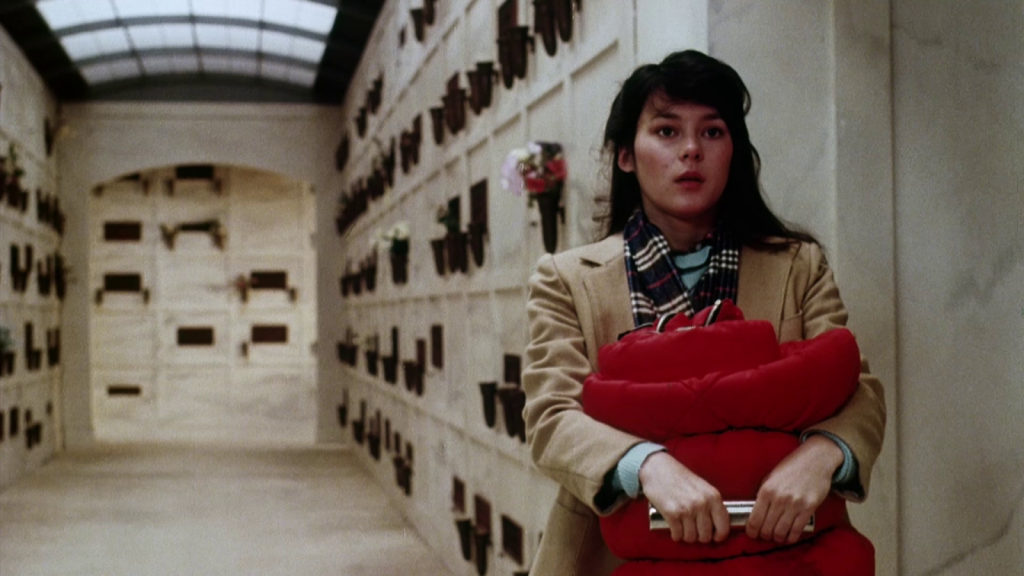 Timid sexuality and violence left little to ruffle my feathers.

David Mason Daniels (Steve) has the All-American look. Tall, ripped, and handsome. He didn’t translate his good looks and respectable acting ability into much of a credit list after this film.

A re-imagining with some focus may be worth the time but I don’t see much value or originality in the story.

Code Red released a Blu-ray with some fantastic cover art. You can also stream from Tubi, The Roku Channel, or Shudder.