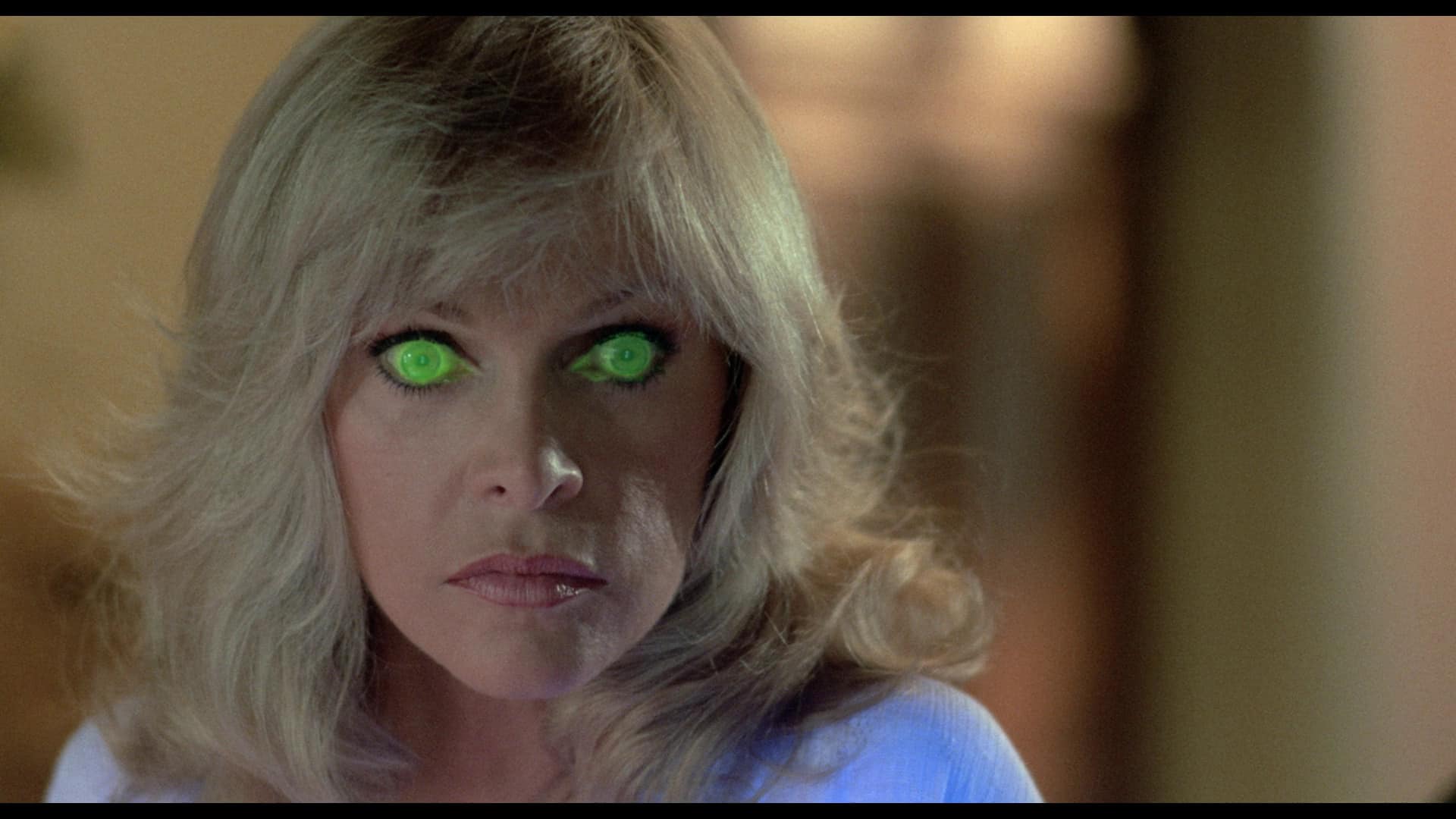 An ancient curse which plagues the first-born woman of her family takes hold of Susan as she turns 30 years old. Her family and her therapist must stop the evil from taking full control of her before she kills everyone she knows. Let’s dig into 1983’s “Mausoleum”, directed by Michael Dugan!

It holds the designation of featuring one my favorite covers for a film I had never seen, until now. Mausoleum starts out with a bang of atrocious overacting, allowing me to settle right into expectations. A little day time television, a little practical make up. Got it.

A lame emblem “NOMED” above the crypt as ten-year-old Susan grieves over her Mother leaves little need for imagination (I won’t insult your intelligence by deciphering that for you). It is in fact her Mother’s maiden name, and the origin of her ancestral curse.

With the honor of being dubbed a “video nasty”, it didn’t see a release in the UK until 1998 — and I can’t really tell why. Mausoleum also won a Special Jury Prize at the Paris Film Festival of Sci-Fi and Fantasy Films (1983). I’ll give it one further award for having the largest collection of absurd actor names I’ve ever seen assembled. Chu Chu, Bobbie Bresee, Marjoe. I can stop at Marjoe.

There is a real seventies vibe. The interior design of Susan’s house; floral print, earth toning, and gilded accents. The discotheque and the wardrobe. It makes sense since Mausoleum was apparently filmed in 1981. 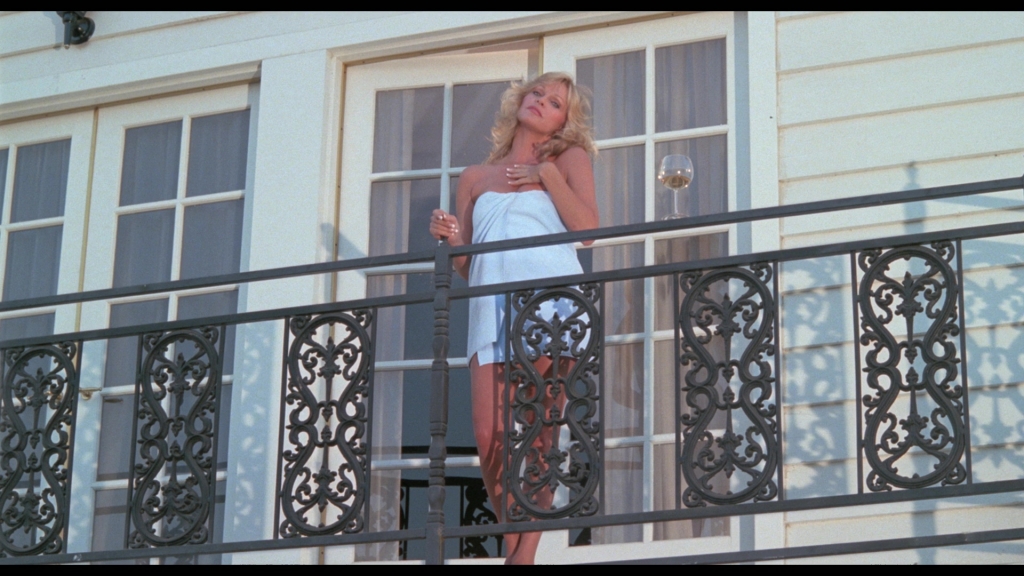 Ostensibly a tale of a Succubus, the F-grade acting does little to dig the story out of that trope. There is a bit of Poltergeist and a bit of Jaws (the score is impossible to not conflate with the former)… and mostly uninspired action throughout.

The special effects, especially the Demon’s hands, reminded me of House (1985) which is a personal favorite. And it made sense when I found out John Carl Buechler was responsible, as the late legend hardly missed a beat as far as I am concerned. A nude demon with little chattery demon faces in place of breasts? How did he come up with that!?

Also, Lawanda Page as the maid, Elsie, had a succession of some humorous one liners scored as if from a scene in a Curb Your Enthusiasm episode. They were very out of place, no matter where they were slotted into the film.

Bobbie Bresee, who played Susan, was able to perform an impressive Demon voice. A talent she reportedly honed by picking the brain of perhaps the most famously demonic voice in cinematic history — Mercedes McCambridge — who was responsible for the hellish voice of Regan in The Exorcist (1973).

It wasn’t quite enough to alleviate how anticlimactic the mostly dialogue free final act was and how pitifully the Demon was defeated. They even threw in a twist ending stinger which made no mythological sense.

Lawanda Page, for you older boob tube insomniacs, was the acerbic Aunt Esther in Sanford and Son. 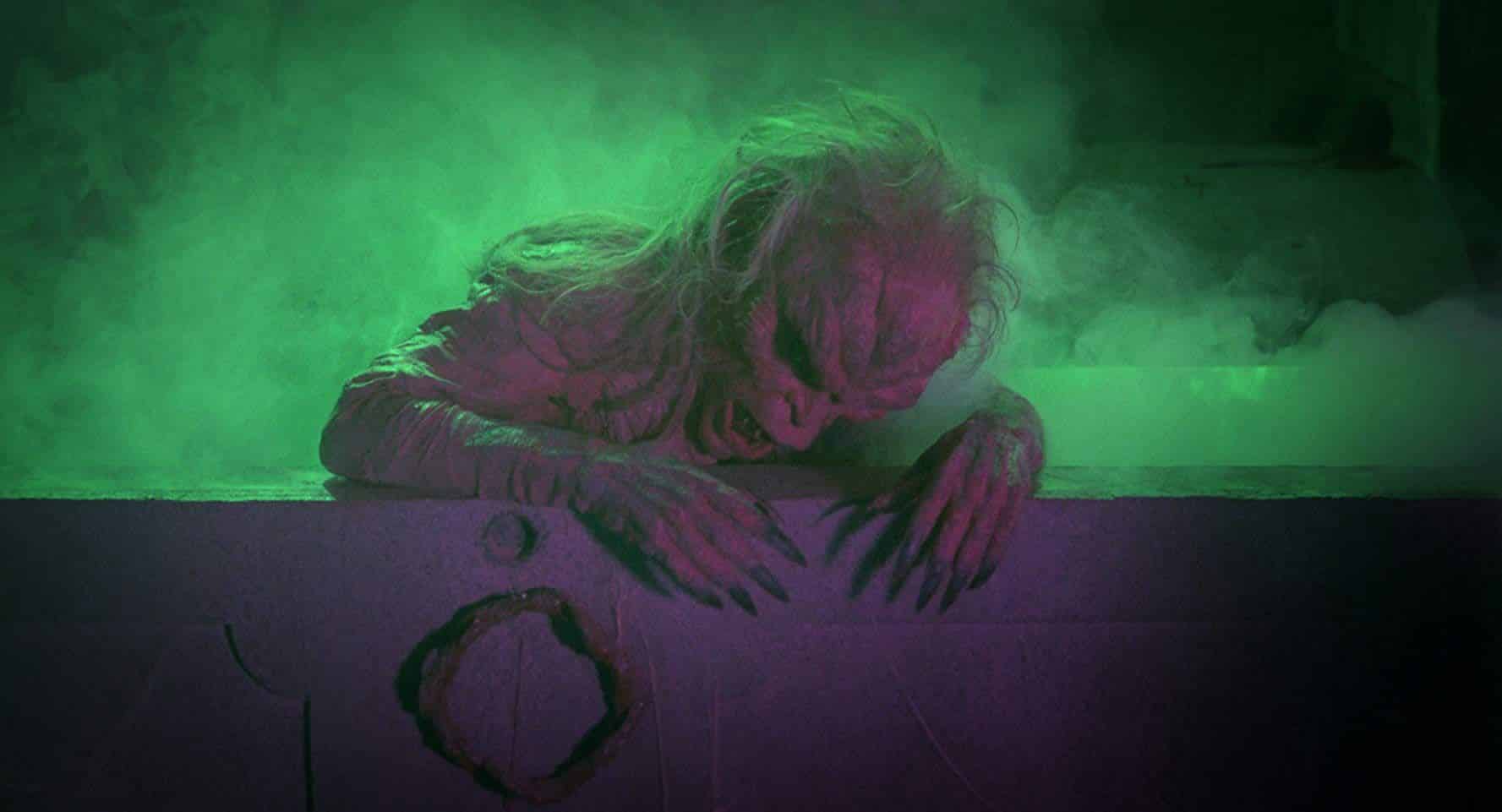 It’s hard for me to look at anyone with the feathered 80’s hair and not add 20 years to them, but Bobbie Bresee was built by the Greeks.

It would be cool to see Buechler’s work re-emerge with contemporary tech and equipment. Unfortunately, with his recent passing, I don’t see another reason to dig up this material.

Streaming on Shudder, it was also released on Blu-ray by Connecticut-based distributor Vinegar Syndrome. There was also a DVD double feature of the film paired with Blood Song (1982), but that version has long gone out of print.