“Frogs” is an early Eco-Horror that will make your skin crawl if you hold creature phobias. Come for the animals, stay for young Sam Elliott minus a shirt. 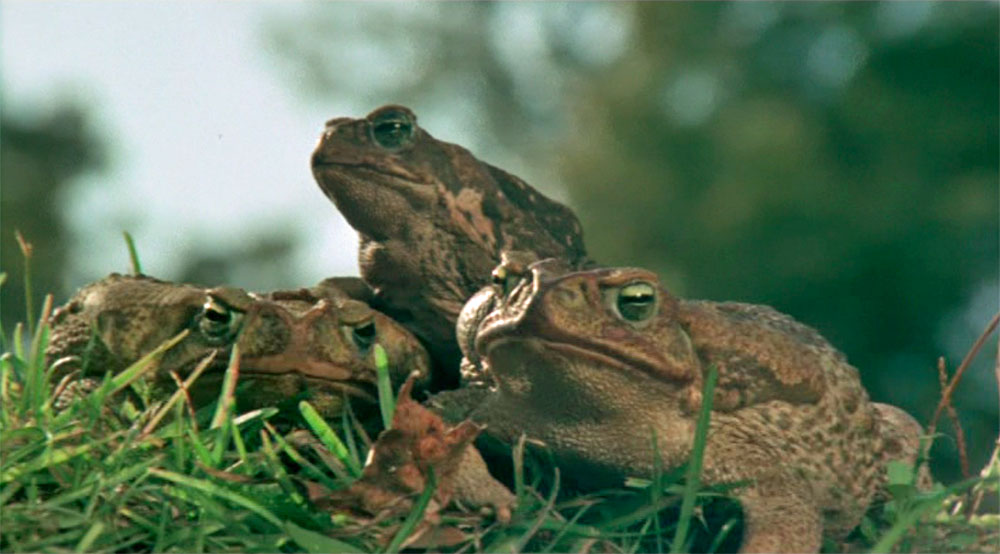 A Freelance Photographer accidentally finds himself a guest at the estate of an affluent and petulant family as they celebrate the birthday of the patriarch. The family’s transgressions against nature bring dread instead of cake, as a posse of amphibious creatures kill to take back the land. Let’s dig into 1972’s Frogs, Directed by George McCowan

The message of the film is straightforward, from the opening image with star Sam Elliott as Photographer Picket Smith capturing shots of the polluted waters, surrounding an island inhabited by the wealthy Crockett family. There is no attempt to disguise the filmmaker’s view of how we are defiling nature one soda can and plastic bag at a time. It’s a righteous cause cleverly disguised in the packaging of a horror film.

The overacting is excusable, if not expected. What’s not is the lack of frogicide, as every creature in the film seems to murder except the titular tailless amphibian. We have chemist lizards who apparently know just the right mixture of poisons to create mustard gas, tarantulas who inundate you with what looks like alfalfa sprouts (common Vegan artillery), and a snapping turtle that swims just a step slower than Michael Myers stalks before chomping its victim. The Frogs seem more the Generals of this creature revolution, putting out a croak to arms.

There is a moment of retributive justice when sister Iris (Hollis Irving) meets her doom while bug hunting, tailor made for anyone who has ever seen a Lepidopterist’s taxidermy display of pinned butterflies and felt anger at these beautiful winged creatures being impaled for the benefit of entomologist aesthetic. 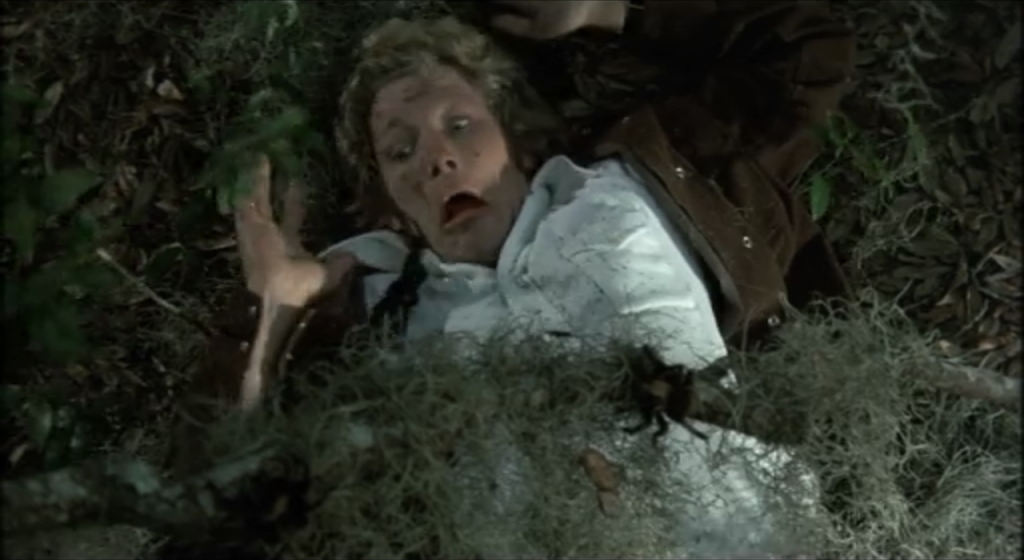 A confounding element of the film is how often the terror falls flat thanks to a lack of music. The choice to allow the croaking of the Frogs to fill space instead of utilizing composer Les Baxter’s talents (Baxter being the godfather of the Exotica style of music) does little to help compensate for the failings in acting.

Although I have an affinity for these Eco-Terror monster flicks, vividly recalling The Swarm (1978), Night of the Lepus (1972), The Food of the Gods (1976), and The Giant Spider Invasion (1975) late at night in my formative years on my little 9 inch TV, Frogs doesn’t evoke the same level of endearment from me.

Sam Elliott will undeniably stand out. Whether you know him as “The Stranger” from The Big Lebowski (1998), or Swayze’s roundhouse kicking mentor in Road House (1989) we’ve been riding this mustache for the better part of 50 years of entertainment.

Mostly known for his rolls in legendary pictures such as Hitchcock’s Dial M for Murder (1954) or his expansive career covering as far back as 1928, Ray Milland who plays crotchety birthday boy and family patriarch, Jason Crockett,  might be most recognized to this audience as the conniving, wheelchair bound Wendell from The Attic (1980).

Panhandle Floridians may recognize the house used in the film as the Wesley House in Eden Gardens State Park, which as recently as 2019 held a screening of the film to commemorate the 47th anniversary of the film’s release.

The only gratuitous actions are those of the impetuous, rich Crockett family — intentional and with the motive of getting your environmentalist constitution fuming. 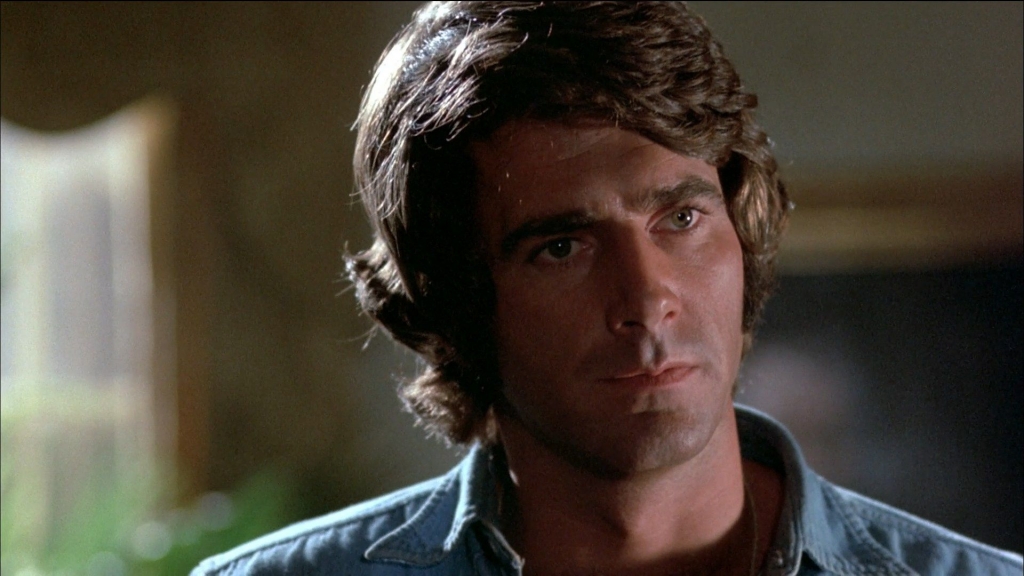 Sam Elliott’s impenetrably stolid demeanor, even sans mustache, makes you feel like there can be no more masculine creature that walks the Earth. Whether the prototypical Cowboy was created in his likeness, even prenatally, we can never know. But there is little doubt that, since he’s graced our screens, that image needs no reform.

With a more impactful script and the right Eco-conscious mind, the concept is lush for a contemporary telling. While the focus most likely wouldn’t be Frogs — unless the filmmaker was in love with the amphibian as the killer — something along the lines of M. Night Shyamalan’s The Happening (2008) makes sense. A full tilt ecological retribution story with Human’s as the casualty.

Something tells me that New York Indie Legend Larry Fessenden, who has long been conscious of the environmental plight, could give this story the gravitas it deserves.

I’m unaware of any cinematic tadpoles swimming around. Although, as stated above, The Happening can be considered a relative in principal.

Frogs is streaming on Amazon Prime. If you prefer physical media, a Region B Blu-ray is available through the UK-based 88 Films. For the deeper-pocketed completist collectors, a now sold out double feature Blu-ray of Frogs and The Food of the Gods (1976) was released by Scream Factory in 2015 and can be had for a pretty penny through Amazon.