Deep messages are glossed over as bovine blood flows like a river in this seedy foray into the mind of a nascent serial killer. 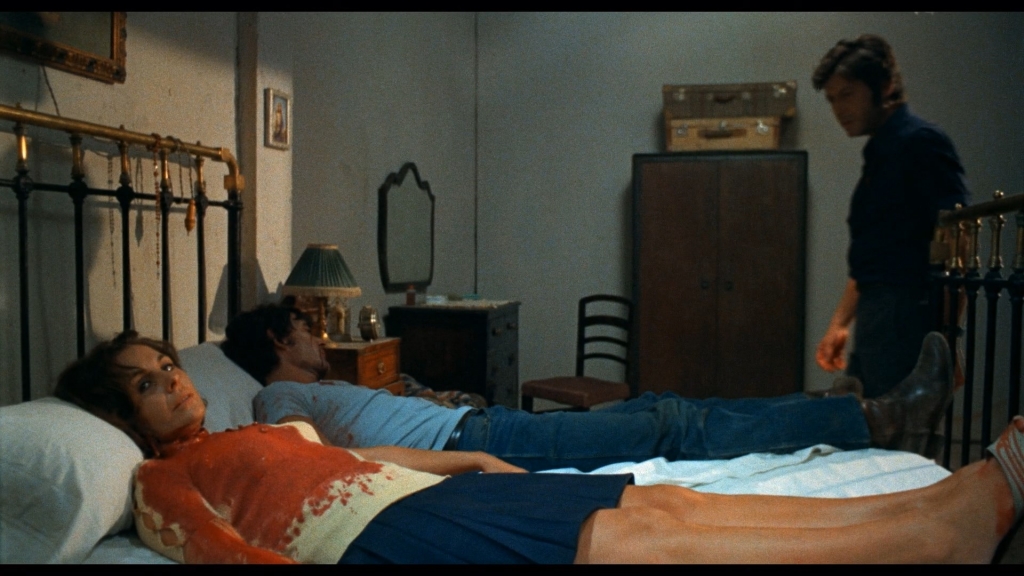 A man accidentally kills a taxi driver and then can’t satiate his desire to recreate that thrill. Let’s dig into 1972’s “The Cannibal Man”, directed by Eloy de la Iglesia!

Let’s get this out of the way first: there is no cannibalism in this film.

Even the other titles used for various releases in various regions make no sense. The Apartment on the 13th Floor? It’s a ground-level apartment with no upstairs. The best they have is The Week of the Killer.

We open with a slaughterhouse and, boy, is it rough. Even if you’re a meat-eater, I’m not sure you desire to see bulls splayed and skinned.

After a ridiculously long, irrational cab ride, our main character Marcos ends up accidentally killing the driver. From there, he amasses quite a collection of bodies in his apartment. Family, friends, lovers. He doesn’t discriminate and it doesn’t take much for him to deem you worthy of murder. The cleaver to the face is the tits, the ass, the nudity you come for. It is clearly a shoddy appliance, but it’s excusable.

Unique to the era is a budding relationship Marcos holds with a man he meets in town. As unsure or skittish as he seems with this new romance, he’s even stiffer with the women he takes as lovers (before killing them).

It was not treated as taboo, which maybe it should have been because it certainly was in cinema at the time. That could have made that aspect of the story more powerful.

I’m not too knowledgeable of Spanish cinema beyond the requisite selection, so nobody sticks out for me, nor do their credits. 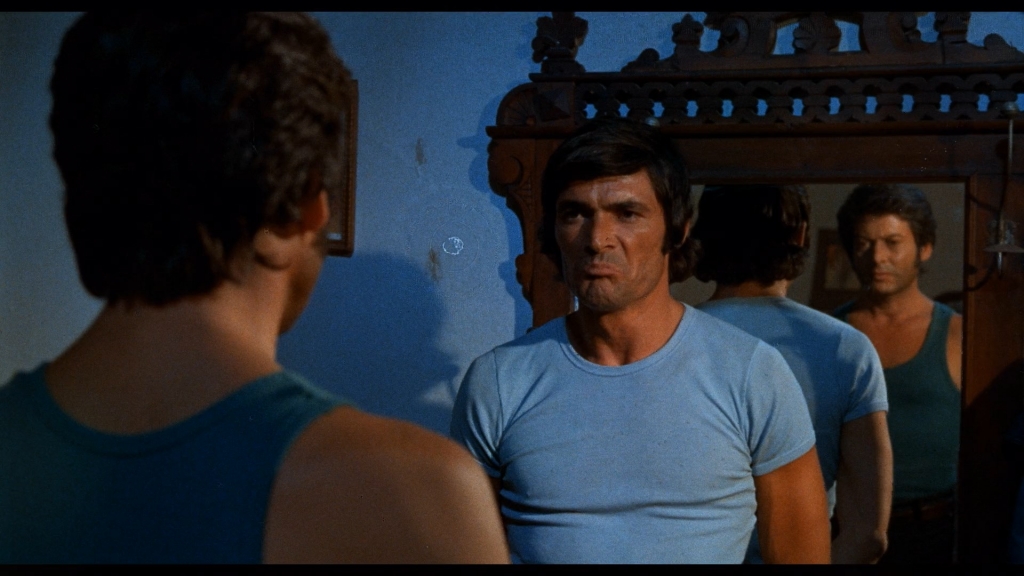 The slaughterhouse scenes are way too subversive for this film.

I get what they were going for — the disassociation that goes with slaughtering animals on a daily basis and the comparison to killing humans; just another bunch of chopped meat. It’s an impactful message that needed to be just a tad more explicit to land.

Instead, we get very brutal scenes of cows being slaughtered. Deodato would be proud.

Carmen (Lola Herrera) is gorgeous, and in a setting where just about everyone has a sheen of sweat, her skin looks dry and flawless. Also, she totally farted and wafted it away as she entered the apartment. It had to be a real thing caught on camera because there is absolutely no context that makes sense, other than a real deal rip.

It’s a no for me. The unique elements of the film should be left as is, and there is not much else to explore.

Severin Films released a Blu-Ray, but you’re going to have to wait until the 20th to buy it from them because their site is down for their mid-year sale. You can also stream on Shudder or AMC+.