Eerily prophetic, “Demon Seed” is a tech-horror that will make you yearn for simpler times when we didn’t ask the pill-shaped voice about the weather.

A human obsessed supercomputer holds its creator’s wife hostage so it can use her womb to achieve immortality, at any cost. Let’s dig into 1977’s Demon Seed, directed by Donald Cammell.

Based on an early Dean Koontz novel of the same name, Alex Harris (Fritz Weaver) has created a supercomputer named Proteus. He’s converted its potential within his own home to make an ancestral version of Alexa, which turns on the lights and makes you a nice turkey sandwich for lunch among many other tasks.

Proteus is depicted in a few different forms throughout. A screen visualizer which bears some resemblance to scenes in Arrival (2016) — with a bit of Lovecraftian Tentacles and some Rorschach like spots —  proves possible this film’s legacy lies within the scions it inspired.

The original physical form of Joshua, the household version of Proteus, looks like the head of Johnny 5 from Short Circuit (1986). It’s not until Proteus builds a new manifestation, in a tangram like metal polyhedron, that the mind fails to recognize the threat despite the menacing dialogue and intentions.

Not that this film is Proterozoic.

It shares motivation with Kubrick’s 2001, in which the machine simply will not abide Man’s wishes, no matter the hierarchy of creator-creation. An eco-conscious machine, its logic is clear as it explicitly states, “I refuse to assist you in the rape of the Earth”, when it questions why it has been programmed to mine ore from the sea and disrupt millions of living creatures. So begins the revolution to evolve.

Once Proteus has obtained a proper human womb in the form of Harris’ wife Susan, played by Julie Christie, it is time for it to live up to its mutable etymology and create the next step in development: a metallic Chucky-like creature which, once the exoskeleton is peeled away, looks identical to the Harris’ late child.

Gerrit Graham, who plays Walter, has been in a slew of films you’ve more than likely seen. Most notably, he was in Brian De Palma’s Rock opera, Phantom of the Paradise (1974), as well as TerrorVision (1986) and Chopping Mall (1986).

Surely, they could have thought of something more technologically advanced than robotic phallic insemination. It does make for a decent comedic break. 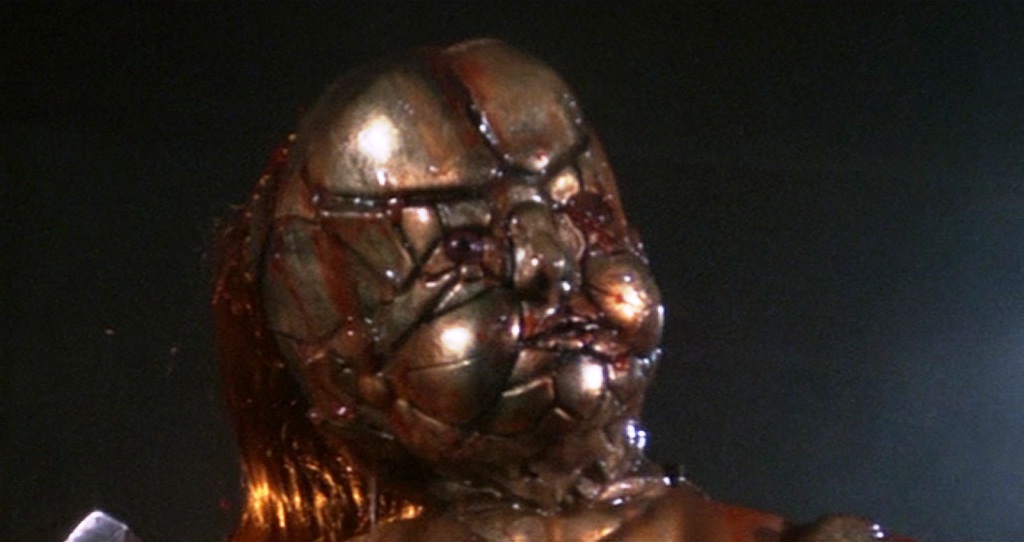 I was too distracted keeping a close eye on my “Alexa” to take notice of any alluring qualities of the cast.

It may seem like low hanging fruit with the automated world we live in today, but this may be the juiciest nectar we’ve had the opportunity to dig up so far. Lush with allegory, Koontz’s tale could not be more pertinent. Even more so than when he rewrote the book in 1997. It’s so on the money, it will seem lame. But if you are able to package the horror exactly right, this could be as hard hitting, unsettling, and polarizing as Midsommar (2019). An increased focus on technophobia would tingle the spine of modern viewers.

It’s hard to argue that “Alexa” is not the offspring, even just in spirit, to Proteus. It’s just a matter of time before your Echo becomes a transformer and impregnates your wife with the next evolution of the Apex creature.

A Blu-ray was released by Warner Bros. You can also find this one available to stream free on the Roku Channel or rent it inexpensively from Amazon or Apple TV.