I’ll say this with no reservations: Corbin Bernsen is a pretty damn good villain, and no one should let him perform a root canal. 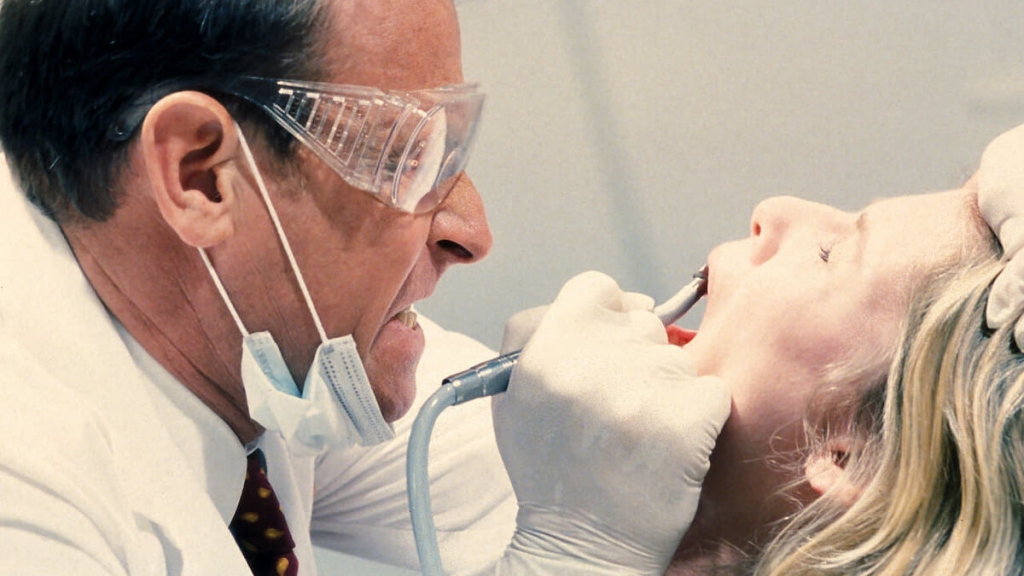 A Dentist learns of his wife’s infidelity and loses his mind at work, becoming an evil, murderous practitioner. Let’s dig into 1996’s “The Dentist”, directed by Brian Yuzna!

Brought to you by the team that brought you the Re-Animator films and From Beyond, the writing and directing team of Brian Yuzna, Stuart Gordon, and Dennis Paoli seem to find campy gold together.

Their creative endeavors always seemed to be custom built for Lovecraft stories. But I have to say, despite some flaws, this is a strong straight-to-video, mid-nineties horror film. I actually do recall renting this in my early teens and having a similar feeling.

With a life lesson like “Nothing, no matter how good or pure, is free of decay,” you know you’re in for a life-altering character arc.

Once we go through the switch from pompous ass, hoity-toity Dentist to serial killing tooth terror, a rather foreboding monster has been established.

They pull some obvious, but heavy strings with themes of dysfunctional marriages and the nigh universal fear of the dentist.

The close-up mouth shots do their best to make you cringe. And even if you didn’t know there was a sequel that exists, the ending does enough to make you think the oral horror can continue. 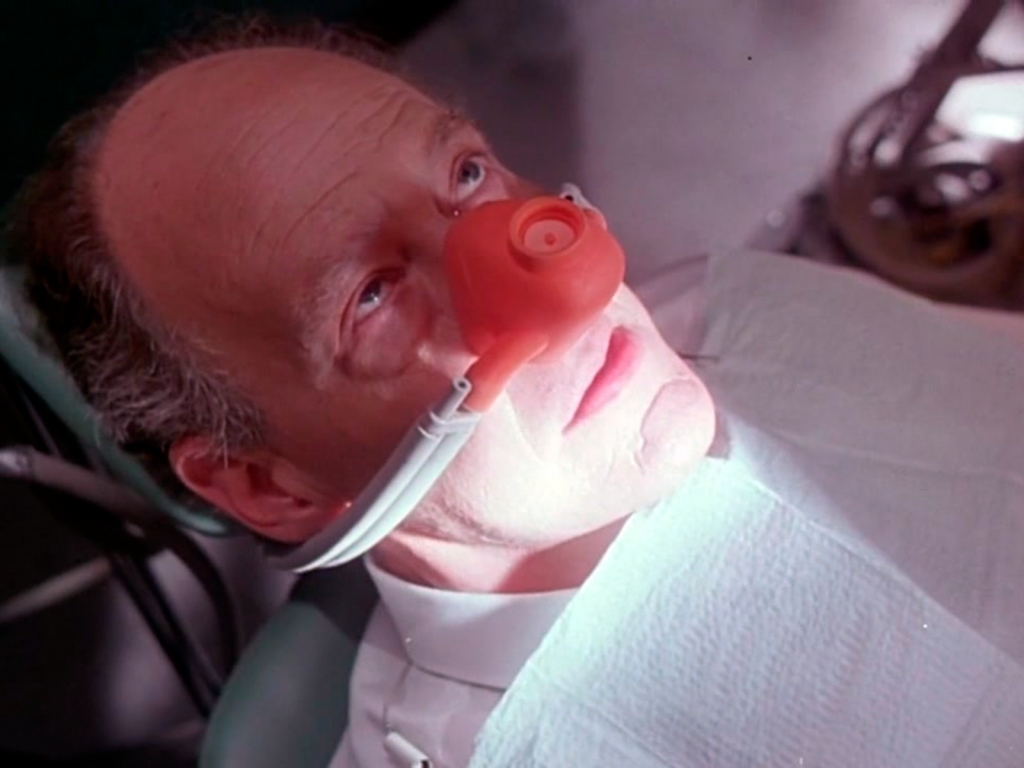 Corbin Bernsen brilliantly plays “full of himself” Roger Dorn in the Major League films. He was pretty damn good in Marvel’s The Punisher series as well.

Ken Foree is a hall of fame genre actor: George A. Romero’s Dawn of the Dead, From Beyond, Rob Zombie’s Halloween and Lords of Salem, Leatherface: Texas Chainsaw Massacre III. Legend.

Mark Ruffalo. Yes that Mark Ruffalo. The Hulk himself. Marvel’s green giant. He plays a sorta sleazy talent manager who ends up coming to the rescue — or, at least trying to — of his client. Special Effects artist Kevin Yaegher, most famous for creating and puppeteering Chucky (Child’s Play), creates an elongated chin on Earl Boen (Goldblum) that looks very much like a scene out of Sam Raimi’s Army of Darkness. The effects in general were pretty decent, but that scene sticks out for me.

Corbin Bernsen was in the new Magnum P.I. series and is in the upcoming L.A. Law reboot, so what’s one more property for him to revisit? I never saw the sequel, so I’m not sure if his character survives. But when has that ever stopped a franchise in this genre?

There is in fact a sequel, and from the plot synopsis, it seems they went full Halloween 2 — basically replaying the original film and plot (and adding Clint Howard).

There has been no high-def physical release of the film, so DVD or VHS is where you’ll have to go for that type of medium. Or you can stream on AMC+, The Roku Channel, Tubi, Vudu, and Plex.