“Dr. Tarr’s Torture Dungeon” is a rather accurate adaptation of a short story by Poe with just the right bit of Terry Gilliam-like madness. 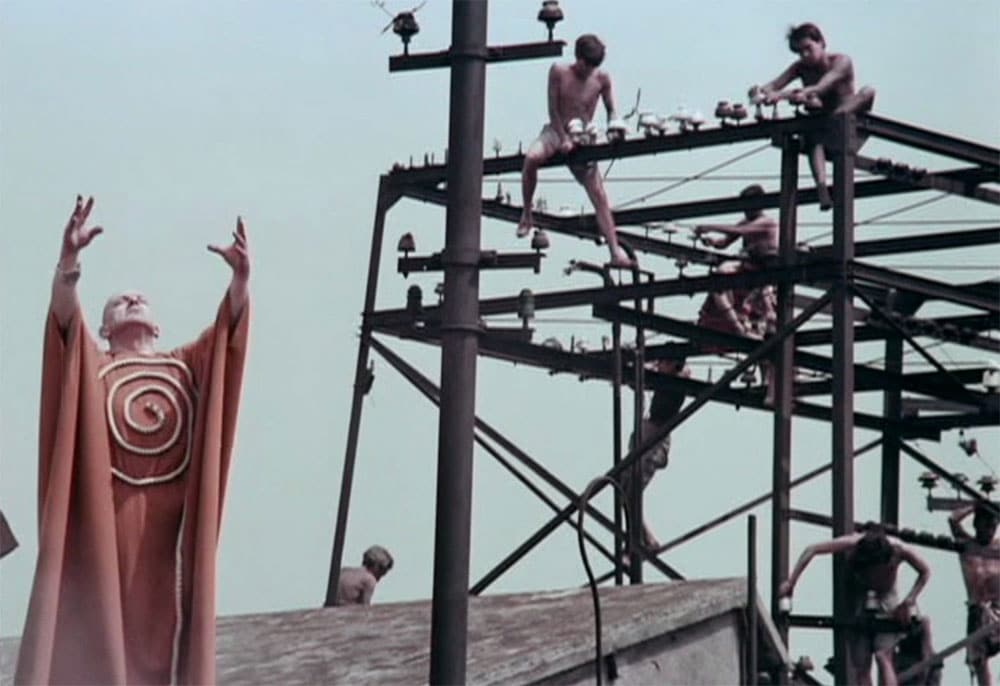 Poe’s original story, “The System of Doctor Tarr and Professor Fether”, is mostly contained. It plays out at a dinner table, and the ventures into the insane are told through anecdotes from the attendees, who themselves are walking the line of the absurd. This film was originally released under the title Mansion of Madness which I prefer to the US title, which uses Poe’s whimsical, faux character names.

The film is an attack on the senses.

There are abandoned buildings that excite both wonder and fear, animal noises, naked sprites running around, mad-hatted men dancing in the woods, people hiding in furnaces, and an overall chaotic menagerie of creatures lurking about the grounds of the asylum.

There is an overabundance of mystical and mythical dialogue which describe grail-like items and inventions and talk of enlightenment and damnation as if they contain the same transcendent nature. 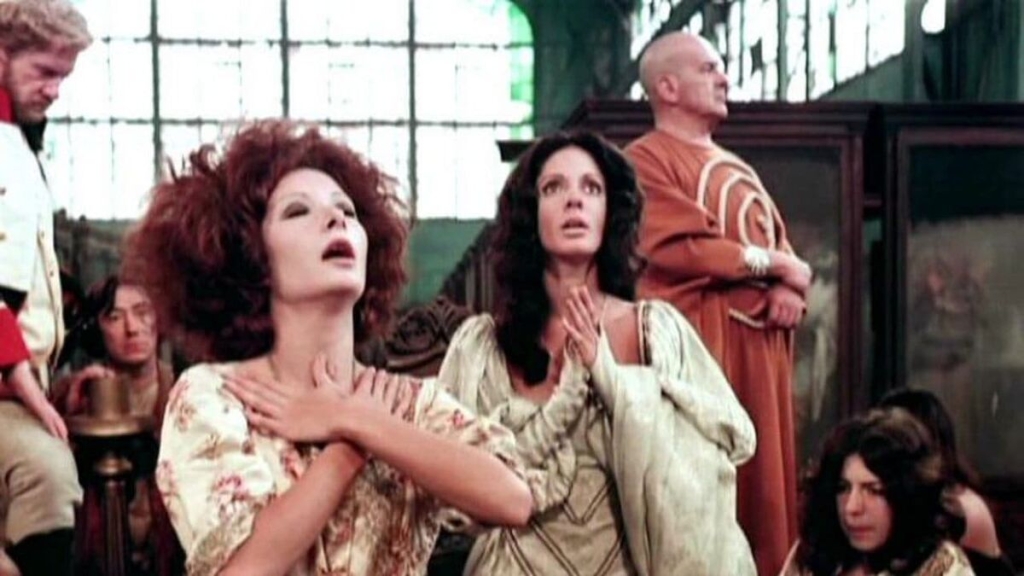 There are also tones of narration that seem to beckon Poe’s pen to guide the gothic dialogue.

Three scenes stick out as spectacles: Mr. Chicken, who must be experienced and not described; Eugenie’s seductive Cleopatra/Nefertiti-inspired dance in her golden chains as a cadre of madness chants her on — the priestess with a bulb head is a great image; and the bird-dance among the greenhouse-like set.

Much of the production is a feat of either expert design or extremely lucky location scouting.

Confusing bits of madness akin to a Terry Gilliam film, with imagery that seems like a grounded version of Ken Russell, made for a surprising and enjoyable watch.

Claudio Brook (Dr. Maillard) was in Guillermo Del Toro’s Cronos and the last of two Timothy Dalton’s James Bond films, Licence to Kill. He also starred in the titular role of a Luis Buñuel film, Simon of the Desert. 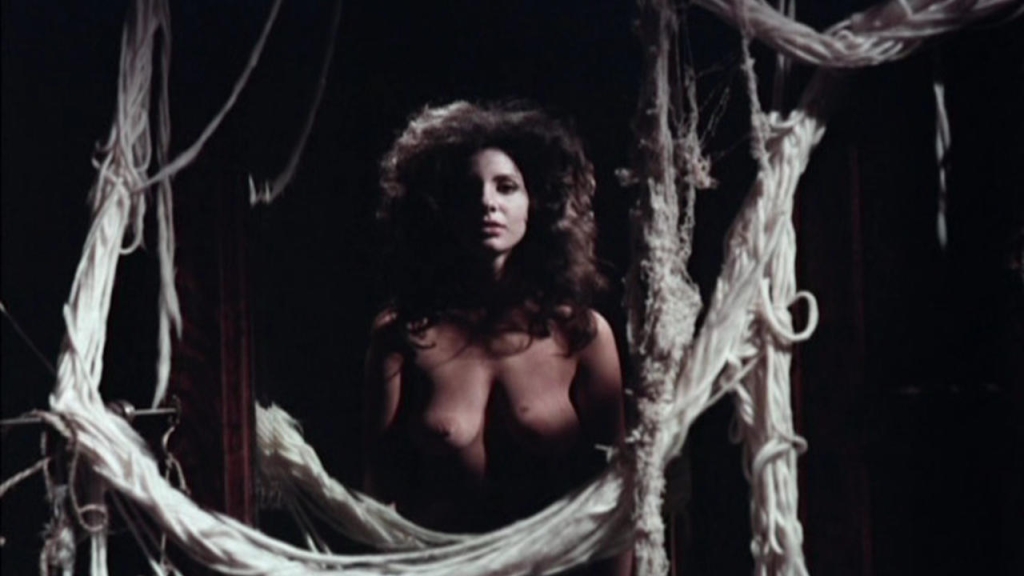 I’m trying to place the meaning of the rape scene beyond a gratuitous element. In my opinion, the whole film, and Poe’s original story, were meant to slay the stigma of “monsters in the asylum”, so feeding into that stereotype hurts the message for me.

Some scenes are reminiscent of a renaissance painting. Specifically, the bath scene features extraordinarily gorgeous humans in the nude and has ample mystery and confusion so prevalent in paintings of that gothic era.

I would gladly welcome a journey into the mind of madness, and mental instability inspired by Poe and told through the filter of contemporary psychology.

There is both a Czech (Lunacy) and an American adaptation of Poe’s Story. The American version, Stonehearst Asylum, features an impressive cast (Kate Beckingsale, David Thewlis, Michael Caine, Sir Ben Kingsley, Brendan Gleeson, Jason Flemyng, and Jim Sturgess) and was directed by Brad Anderson (Session 9, The Machinist). With that grouping of talent, I would say it’s worth checking out.

There is no Blu-Ray release as far as I can find, but plenty of DVDs on the secondary market. You can stream it on Shudder, Amazon Prime, AMC+, and Night Flight.