One of many examples of the slaughter of Poe’s integrity, this poorly constructed film holds nothing more than cool sets to boast about. 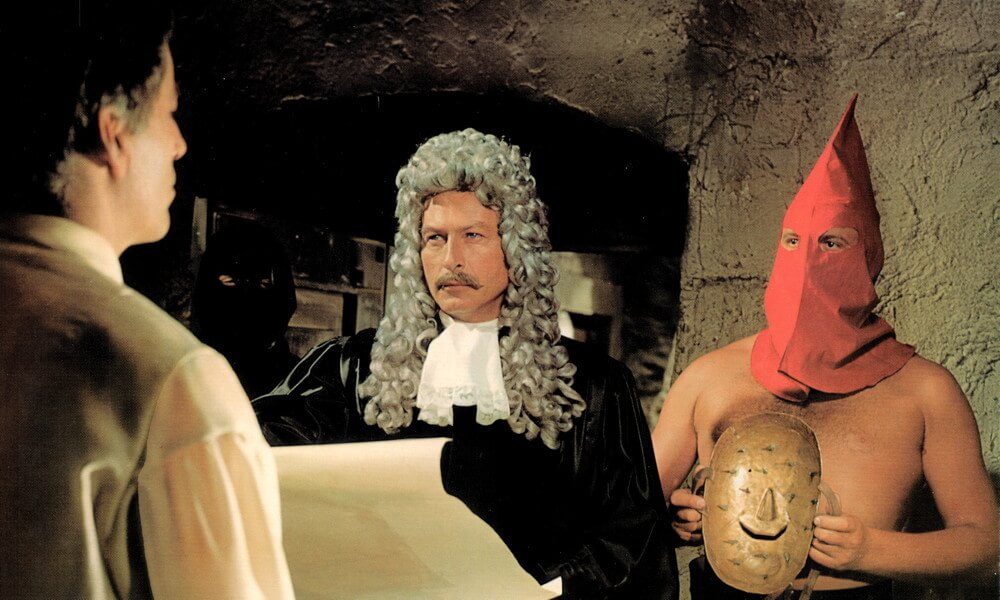 In this rendition of Edgar Allan Poe’s “The Pit and the Pendulum”, Count Regula returns from the grave to seek revenge on the ancestors of those who executed him and attain immortality. Let’s dig into 1967’s “The Torture Chamber of Dr. Sadism”, directed by Harald Reinl!

Aka Blood Demon, the overexposed film stock looks as old as the time period it’s set in.

White text over white shirts makes the title sequence illegible. A score fitting of a British sitcom was an odd choice.

With Count Regula (Sir Christopher Lee) executed for murdering twelve virgins (one short of his goal) to reach immortality, we jump ahead a few decades and follow a Baroness and her lawyer who seek Blood Castle and wealth. Through a forest filled with corpses (or possibly people napping), they encounter hooded assailants, and the Baroness is captured and destined to be the thirteenth virgin the Count required to live eternal.

There are some decent cinematographic moments, and the sound design is interesting — especially with the vultures in the hallway, which reminds me of That 1 Guy. 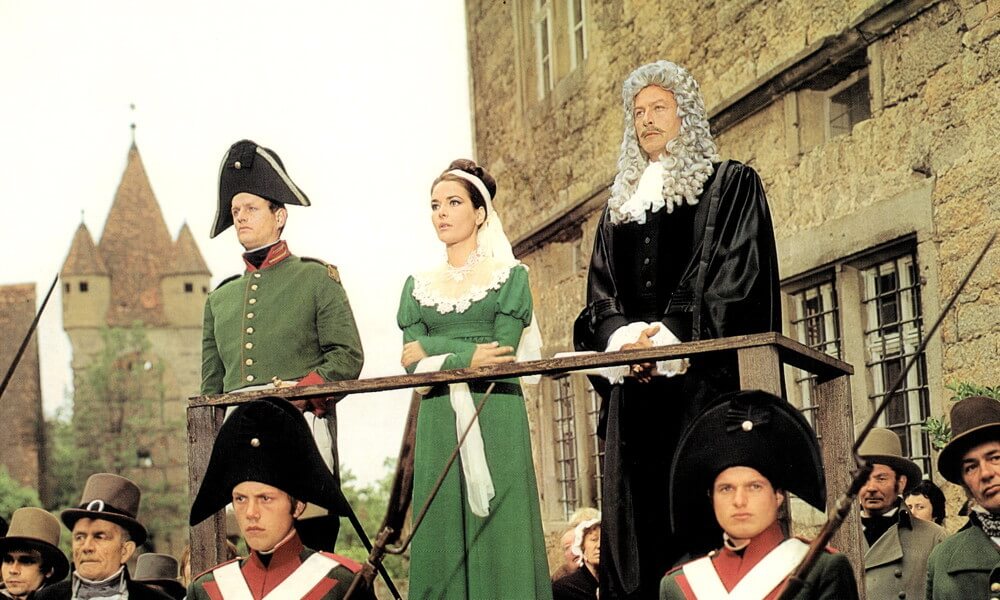 The pit and pendulum is the big payoff until it’s thwarted by a measly rock. Bodies disintegrate as the resurrected Count is defeated and his castle collapses, while our hero and heroine escape with a jewel-covered cross for their troubles.

It was all much less interesting than I’ve made it out to be.

Sir Christopher Lee is back with a bid for the most featured actor on the Dig. He needs little introduction, so today I’ll highlight his appearance in the 2012 Tim Burton feature of the late 1960’s TV series: Dark Shadows.

All of the above seems like an appropriate answer here. 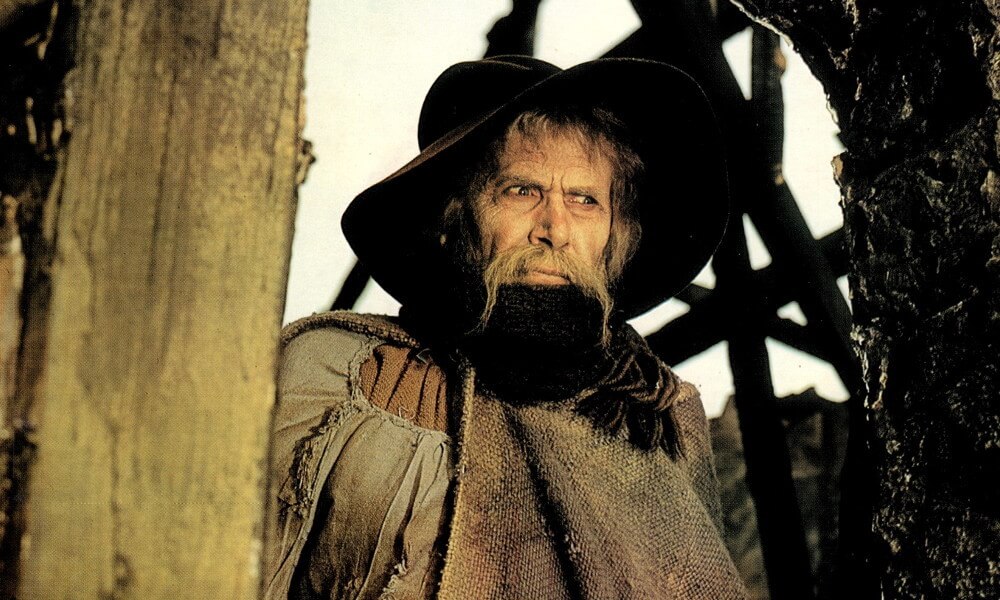 Counting itself as an adaptation of Poe’s The Pit and the Pendulum, any of the other versions could be considered kin.

Severin Films went through the trouble of releasing a 4k restored Blu-ray.