A solid Giallo film that drops the ball a bit when the “whodunnit” is revealed, “Eyeball” is still a fun watch. 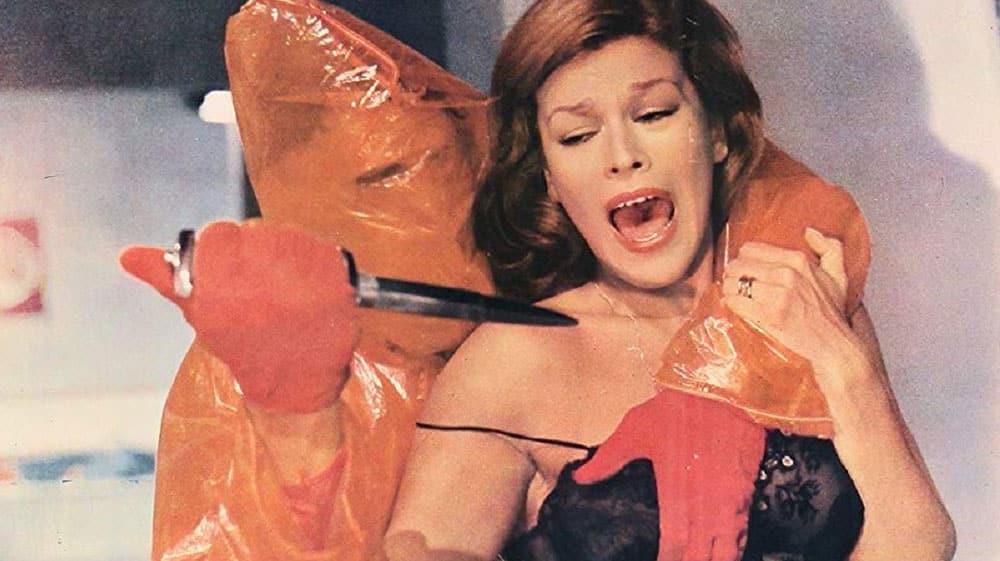 A killer cuts the eyes out of American tourists in Barcelona, Spain. Let’s dig into 1975’s “Eyeball”, directed by Umberto Lenzi!

A bit unlike the Lenzi films that I have personally watched, the mystery element separated this classic Giallo from the pack for me.

Setting an age-old timeline, with the grizzled Detective just a week from retirement (though beautifully golden tanned) he now has a serial killer on his hands to deal with before he rides off into the sunset.

It’s an odd proclivity, taking the left eye, and I was actually excited to find out why. Unfortunately, the twist ending, which was predictable as far as the character goes but a true surprise as to motive, left a sour taste.

Filled with red herrings and false leads, plenty of tension was built along the way. And even with an overflowing stable of characters, most of them were easy to like (besides the creepy tour guide who liked to torture the young American girls as his form of flirting).

There was more gore than expected, most of which was the titular eyeballs, and the dubbing wasn’t half bad — though it made it hard to understand who was supposed to be American and who was local.

You’d have to be an avid watcher of Spanish and Italian horrors of this period to recognize any of the actors besides angel-eyed John Richardson (Mark Burton) who played Dr. Gorobec in Black Sunday (1960) and also had a small part in the Dario Argento story The Church, which is a personal favorite.

Typical of the genre, when you have an abundance of beautiful women, the best attempt is made to get as many of them topless throughout the film as possible. There is inherent sexuality in Giallo films that makes this feel, dare I say, appropriate.

Mirta Miller (Lisa Sanders) has a bit of a Milla Jovovich thing going, and the provocative nature of her lying topless in bed while smoking can’t be underplayed. Nice to see a lesbian relationship in an old film that doesn’t make a big deal about it, but just treats it for what it is — a relationship.

Personally, I don’t see a way to recapture the tone of this type of film. It seems like a snapshot of cinematic history that is best left for what it was. Any re-imagining would choose an avenue of hyper-violence or stylize it into oblivion.

UK-based 88 Films put out a Blu-Ray that includes a full-length documentary on Lenzi.