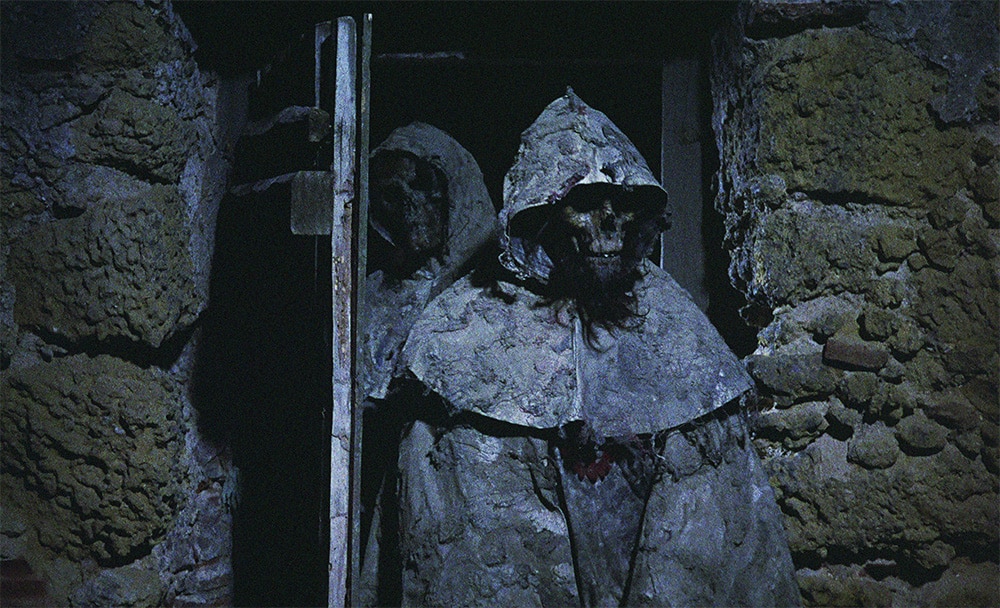 Synapse Films has announced their 2K restored release of the Spanish Horror Classic, Tombs of the Blind Dead directed by Amando de Ossorio, is available for immediate order. This limited edition 3-disc Blu-ray steelbook set includes the Spanish and U.S. releases of the movie, and a tribute music CD.

The last time this was released for home video was by Blue Underground in a 2005 DVD set of the entire Blind Dead series, and again in 2006 as a stand-alone release.

While I had long heard of this movie from other fans and seen bootlegs and the Blue Underground release at conventions, I didn’t experience the horror of undead Knights Templar until an Exhumed Films event in 2021. Long before the final credits rolled, I was hooked.

Now that I can own the restoration on Blu-ray, I’m beyond happy and thankful to Synapse Films. Here’s hoping that Synapse Films is working to restore and release the remaining films in the series.

Below is the Synapse Films press release for Tombs of the Blind Dead. Synapse Films has produced 4,000 of this limited edition set, so move fast to get yours.

SYNAPSE FILMS RAISES THE DEAD WITH THEIR NEW “TOMBS OF THE BLIND DEAD” LIMITED EDITION STEELBOOK!

“Eurohorror at its finest.” – Daily Dead

Amando de Ossorio’s unique 1971 Spanish shocker Tombs of the Blind Dead was an international horror hit that spawned three sequels and countless imitations.  Now, over 50 years after its debut, Synapse Films is proud to bring this Spanish horror classic back from the grave in a brand new restoration with killer extras that would wake the dead!

The first of four official films in the series, it begins with a trio of friends getting together for a camping trip that quickly turns into blood curdling horror as a legion of long-dead Knights Templar rise from their graves in search of human flesh! When the Templars were originally executed for their cannibalistic rituals, they were hanged outside to die as crows pecked out their eyes. Now, armed with ancient swords and riding their skeletal undead horses into the night looking for prey, these mummified creatures cannot see… they hunt purely by sound alone.

Presented in a beautiful new restoration from the uncut original camera negative, Tombs of the Blind Dead is one of the most extraordinary and influential Spanish horror films ever made. 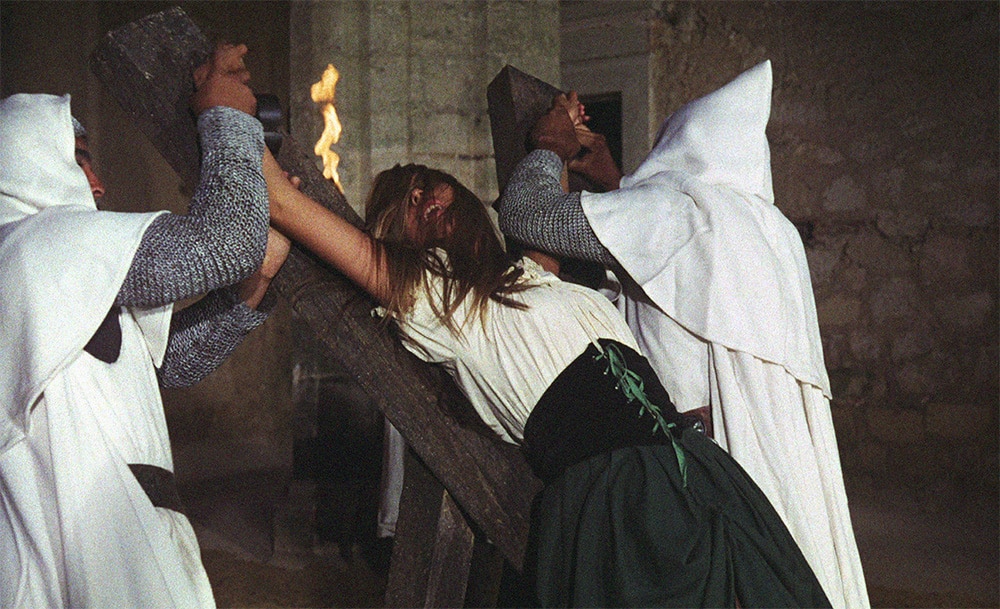 High-definition (1080p) Blu-ray™ presentation of the re-edited U.S. theatrical cut of the film

The 4000 unit Tombs of the Blind Dead Limited Collector’s Edition Blu-ray Steelbook™ is available exclusively through the Synapse Films website at: www.synapse-films.com.  The retail price is $49.95 (which includes shipping) and is available to purchase now.

All North American orders are fulfilled and shipped via our San Francisco-based replicator, CAV Distribution.  For questions regarding the shipping of your order in North America, please contact CAV Distribution via this email address: [email protected].  All international orders will be handled via the fine folks at DiabolikDVD (www.diabolikdvd.com) and can be purchased here.

This release of Tombs of the Blind Dead  is REGION FREE.