An impossibly long eighties horror that wasn’t released until the nineties, this low-budget cult hit brings a true grassroots vibe. 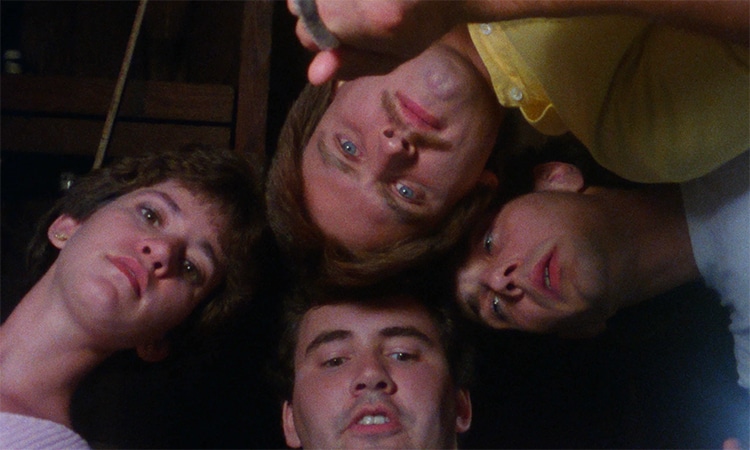 A group of students is tasked with investigating a haunted house. Let’s dig into 1990’s “Fatal Exam”, directed by Jack Snyder!

This one is truly low budget with no known actors, hardly audible dialogue, and most of the film playing out in a single room. You can easily tell this is an 80’s film (it was filmed in 1985) — even though it was released in 1990 — thanks to the cut-off shirts, the one guy doing bicep curls, and the Chevette.

The exposition is dense and never-ending. Just when you think it’s over, another long monologue kicks in explaining the situation.

That sounds miserable, especially for a film that clocks in at almost two hours, but this is just the type of cornball shit you need to get you through the day. 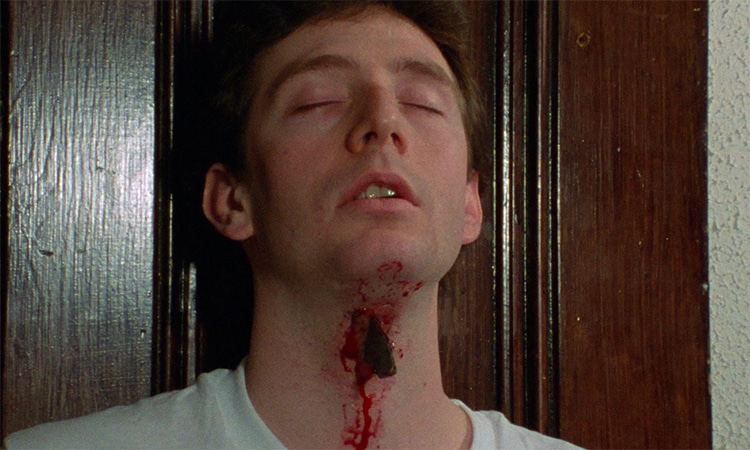 Monotone, perpetually flat performances do make me drowse a bit, but there is some really good dubbing and voice-over work.

The score is also really pleasing. It’s somewhere between Scooby-Doo and Poltergeist, and the finale reminds me a bit of ANOES.

This movie has two things I’ve never seen before: someone getting their throat slit by a couple of fingers and a scythe fight. So, it’s got that as a legacy.

The outdoor night shots are impossibly dark and should have been rewritten to fit the budget. 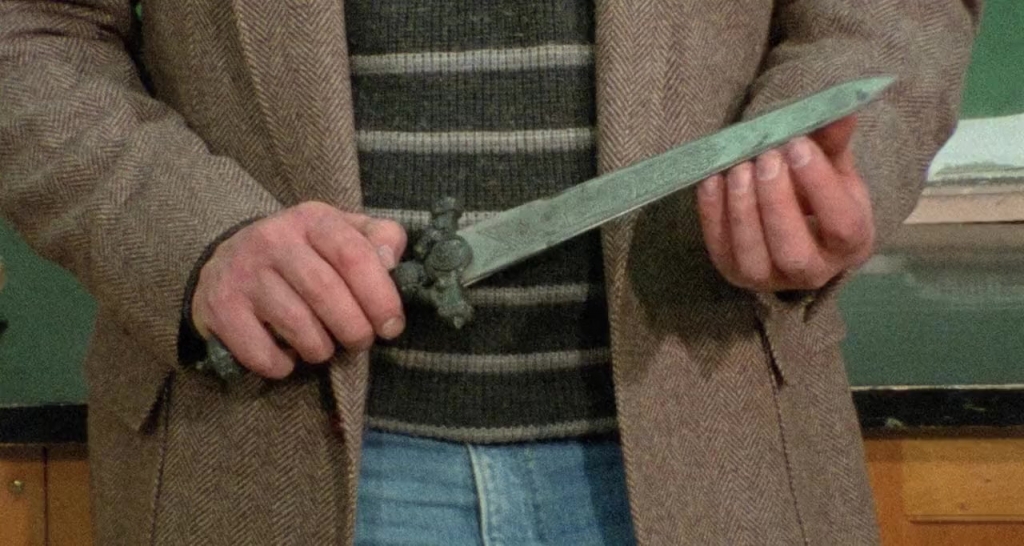 I don’t know how it was shot, but the finale reminds me of so many films I watched as a kid. Whether it be the work of Harryhausen or Phil Tippett, the choppy effect makes me feel right at home. I don’t know if they used stop motion, claymation, or some other in-camera light trick. But the shitty effect is endearing to me.

The energy captured here is the same type of energy you’ve seen in a million DIY horror films. There is a charm to that and you don’t find that in other genres. We own that.

Vinegar Syndrome released Fatal Exam in their Home Grown Horrors Volume one alongside Beyond Dream’s Door and Winterbeast, with a new making-of featurette as well as a fresh scan. You can also stream from Tubi.