What happens when you combine a killer monkey with LARPing and the dude from “The Blue Lagoon”? A lot of squealing and eaten faces! 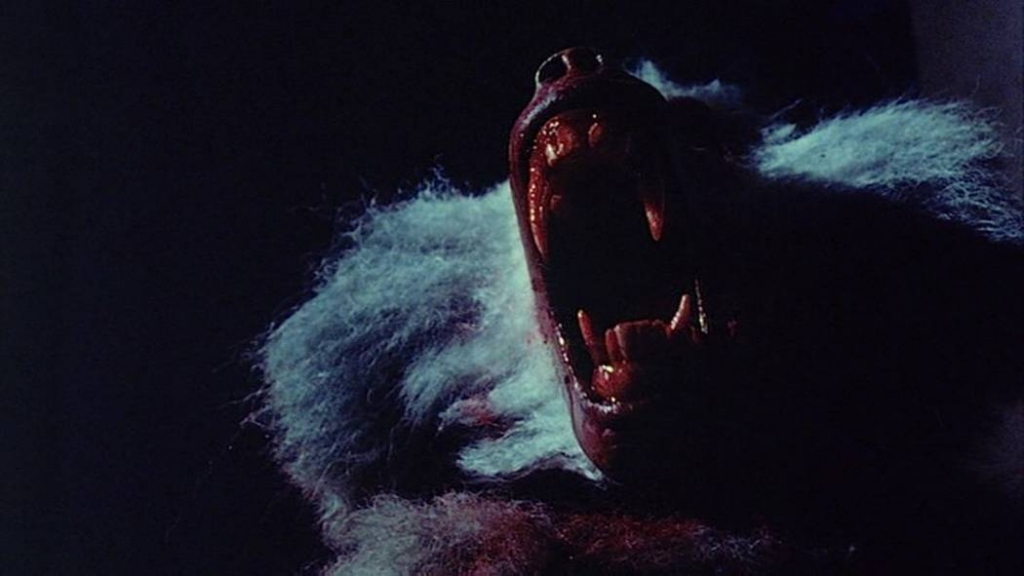 An experimental drug is tested on a Baboon to limit aggression but has the opposite effect which sets off a night of tragedy as medical students LARP in the building while the raging Baboon stalks them. Let’s dig into 1990’s “Shakma”, directed by Hugh Parks and Tom Logan!

Usually, I’m excited to talk about the special effects artist and how they pulled off a morbid but impressive kill scene. It is, after all, what made me fall in love with horror in the first place all those years ago from the pages of Fangoria.

Here, though there is quite a bit of blood and some missing faces, it’s the animal trainers that probably had the most unheralded work on set. That primate was legit pissed off in some scenes and it couldn’t have been easy to achieve and maintain order.

The premise is a bit odd and the LARPing angle does not feel organic in the setting (a bunch of lab rats probably wouldn’t want to let off steam by playing fantasy where they spend most of their time). There is also little ceremony to the kills.

Roddy McDowall, who is surely the largest genre name in the film, is whacked way too soon. And structure is out the window.

Somehow, through it all, I still don’t hate the film. It’s watchable, sped up. 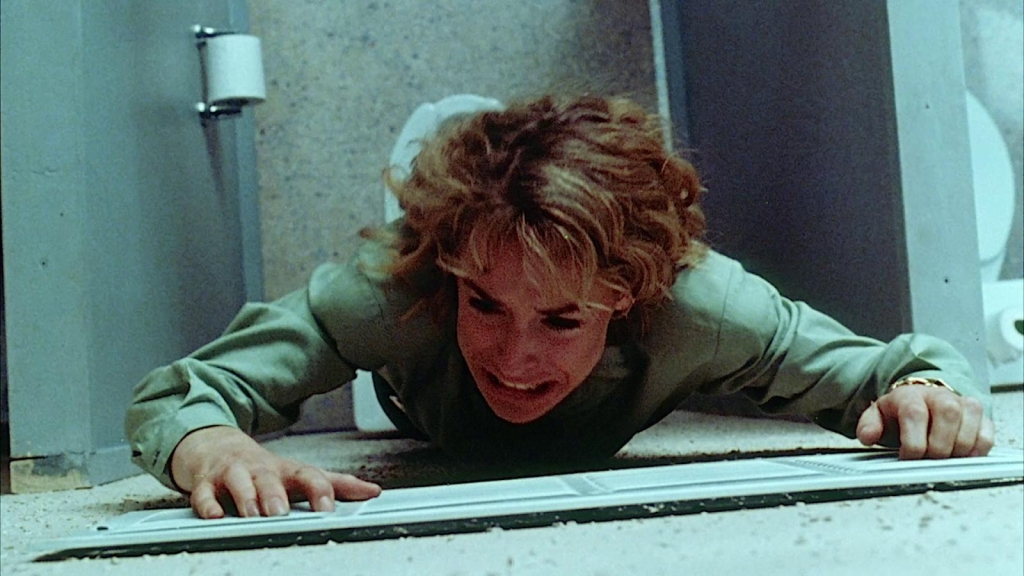 Peter Vincent himself, Roddy McDowall (Sorenson) is killed off way too early for us to enjoy him like we do in Fright Night.

The titular Baboon Shakma (played by Typhoon) was also in Cronenberg’s The Fly.

At an hour and forty minutes, it’s not necessarily a long film, but it’s excruciatingly long when you’re watching it. They are on the run from the Baboon for such a large chunk of the movie. Run, die, repeat. Though there is a semi-MacGyver sequence to kick off the drawn-out climax.

They’re a handsome bunch, the whole lot. Ari Meyers stuck out with her beautifully unique and recognizable face as she had a bit part in the John Hughes written and Thanksgiving must-watch: Dutch. 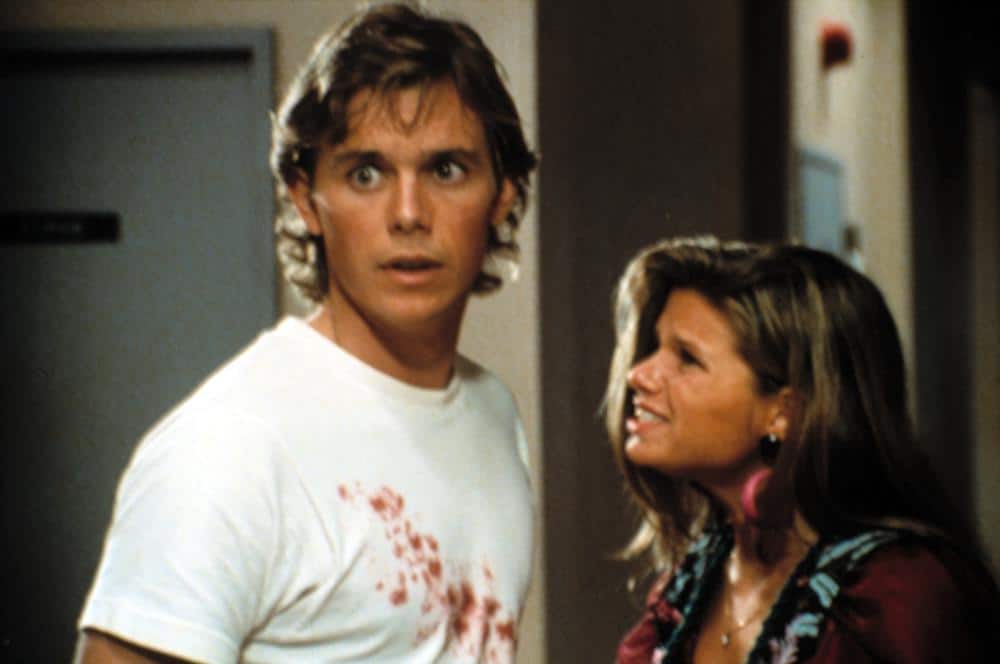 This is not the only killer monkey film out there. The most unique thing about it is the title.

Released by Ronin Flix, the Blu-ray has since sold out. You can also stream it on Tubi and Shudder.