“Strays” is a neatly written natural monster horror film with a solid cast that does its best within the bounds of made-for-TV restrictions.

A family moves into a secluded house in the woods only to find out someone else has already laid their claim to the property: a pack of feral cats! Let’s dig into 1990’s “Strays”, directed by John McPherson!

I vividly recall watching this film as a kid. I would have been around seven years old when it was released on the USA network, and I’m not sure if I saw its original airing or subsequent showings. But it sticks with me strongly enough that I must have seen it more than once.

90’s evening TV was ripe for horror movies, and I had a long leash.

It was probably thirty viewings before my Mom finally ended my streak of watching and re-watching Total Recall. I even tried my hand at cooking along with Paul Gilmartin and Annabelle Gurwitch for Dinner and a Movie. Unfortunately, I chose the episode where they made steak tar-tar (I believe while watching The Lost Boys). Suffice it to say, Strays falls within that special nostalgic period of my latchkey youth.

Written by Shaun Cassidy — half-brother of The Partridge Family’s David Cassidy — the story is tidy and has a bit of a Stephen King soul to it. One of the characters is even a writer, an oft used King trope (an appropriate one I might add; write what you know). 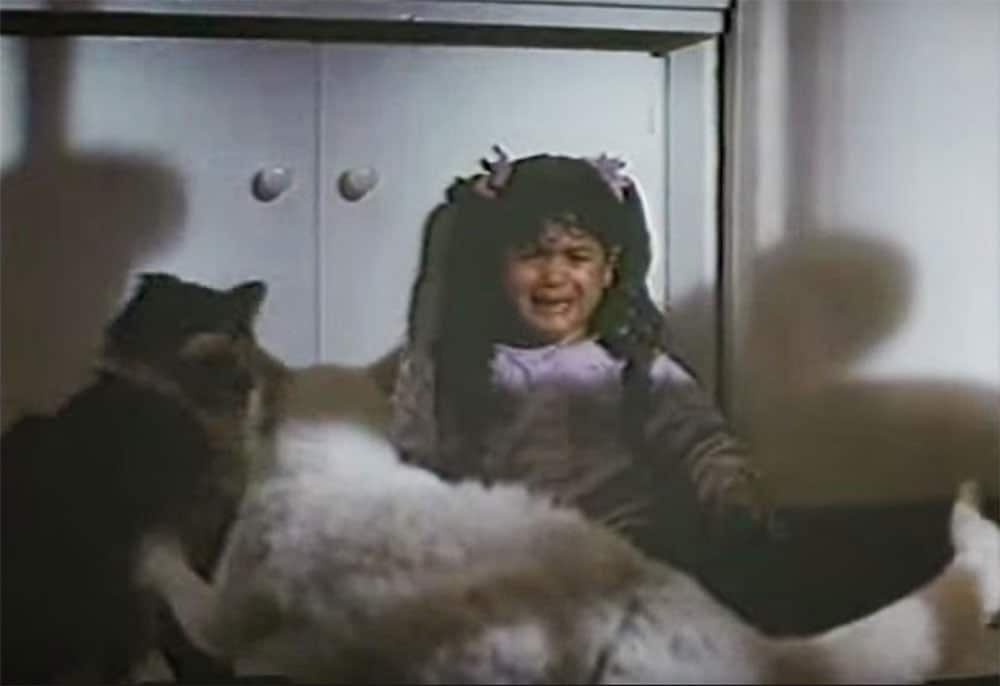 There is a great POV shot in the beginning from the view of a cat, with a hidden cut as it enters through the dog door and then through chairs and tables, that must have been handheld. It reminds me of a similar shot in The Texas Chainsaw Massacre (through the swing) that won Tobe Hooper the attention of Spielberg, though the shot in Strays contains more whimsy and less artistry — yet still an ample amount of skill.

It’s not a perfectly lean film, as there are a bunch of setups for possible recalls that never come to fruition.

Though the pounce of cats is the real villain of the film, human tension is added in the form of a faux antagonist (seductive sister-in-law Claire) which never feels like a full commitment. The fake cat latched to the neck looks janky, though Kathleen Quinlan does her best to sell it. The shining moment is a splendidly tense scene where the little daughter crawls past the cats in an attempt to escape through the dog door.

In summary, it’s a good film, not great, but more enjoyable than a lot of films that made it to the big screen. 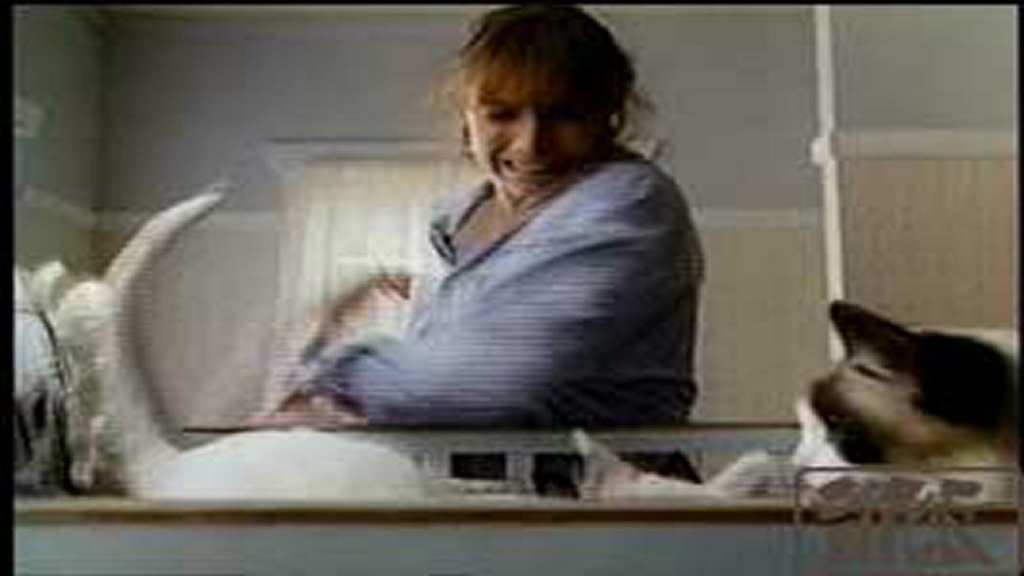 Kathleen Quinlan starred in the ‘better than good’ remake of The Hills Have Eyes, and Oliver Stone’s The Doors. She also played the wife of astronaut Jim Lovell (Tom Hanks) in Apollo 13.

Timothy Busfield slugged a couple of diamond rolls in Field of Dreams and Little Big League, but it’s his role as the bespectacled Pointdexter in Revenge of the Nerds that helped him enter the heart of genre freaks like myself.

I can’t confirm this, but the Alpha cat looks quite similar to Church from Pet Semetary (1989). Neither film credits their feline stars, and they do not share the same animal trainers, but the resemblance is uncanny.

It is a made-for-TV film so the violence, gore, and sexuality were expected to be minimal. The singular sex scene had no bearing on the story, and the time could have been used on something more effective.

If you’ve seen the polarizing Oliver Stone flick The Doors, which tells the lopsided story of the legendary 1960’s band (but mostly centering around lead Jim Morrison), you’ve seen Kathleen Quinlan (Lindsey). In that memorable romp, she played opposite Val Kilmer, who portrayed the infamous Lizard King. Though Strays did not utilize her palpable sexuality, her command of the acting craft is still evident. 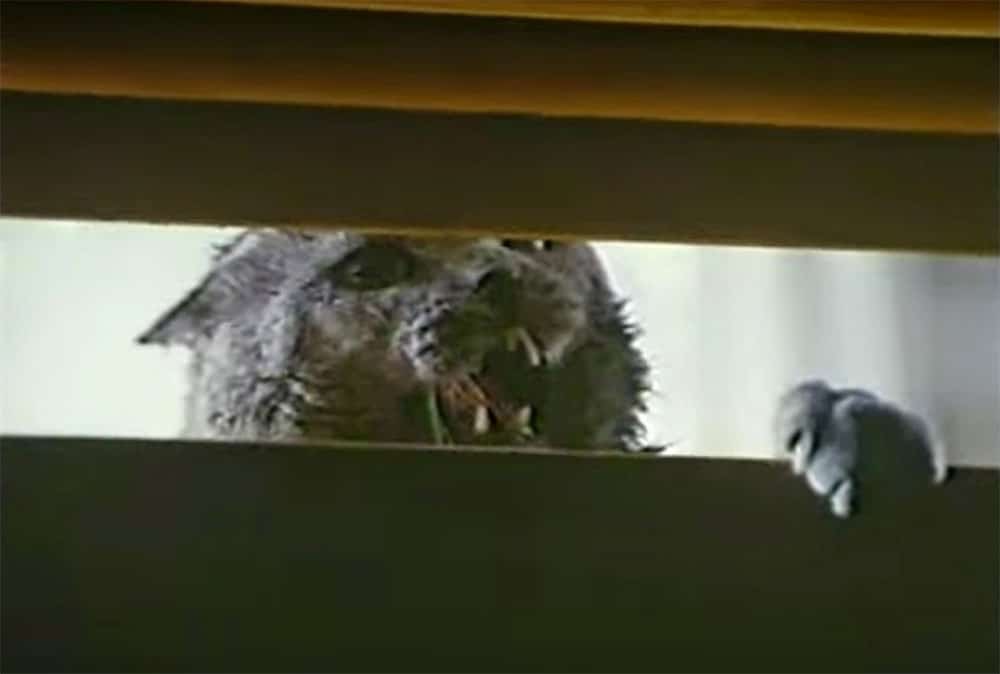 An economically told story could use old tricks to make this a fun horror flick that capitalizes on the sociopathic nature of the second favorite house pet.

Though the table was set for offspring of the Alpha cat, no sequel materialized.

Shout Factory released a Blu-ray which provides little (none actually) in the way of extras, but at least this film exists on disc and is watchable for me to relive the terrors of my youth.