If you blended “Night of the Living Dead” with lots of 80’s gore and schlock, and added too much water, you’d end up with a sludgy cup of “FleshEater”. 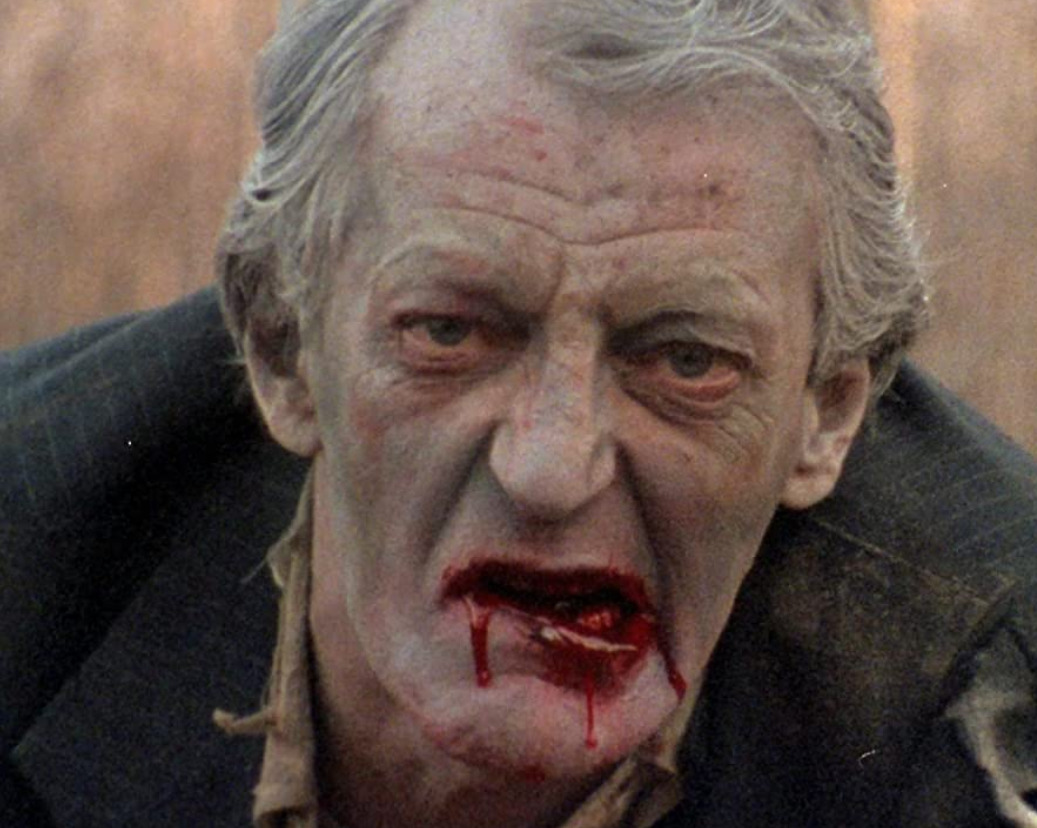 A group of teens spend the night deep in the woods for Halloween. Little do they know those woods are home to a flesh-eating ghoul, who’s accidentally released by a local farmer. Let’s dig into 1988’s FleshEater, directed by Bill Hinzman.

Usually when a genre film is a hit, even a cult smash, the bit actors can make a career of convention appearances where they have genuine and heartfelt interactions with their fans. I can’t think of another instance where one of those actors attempted to parlay their notoriety from said hit by trying to make an entire knockoff feature film. With that, Bill Hinzman stands alone. He of course is the Cemetery Zombie from George A. Romero’s classic Night of the Living Dead (1968).

Doing my best to clear the standard that film imposes while I judge this film wasn’t easy, but I’ll just say this qualifies as so bad it’s good. It seems like it was made to be just that. Camp. It has an endearing quality to it, and I can’t pinpoint why. The teens performances are what you’d expect. Make outs and heavy petting and booze.

Maybe it’s the real deal 80’s gory props. Something that invokes my own childhood in my older siblings’ room with severed heads, and hands, and tarantulas. I’m getting the chills thinking about my four-year-old self being so scared of going into that room but simultaneously fascinated. I’ve been chasing that fear dragon ever since. Special effect artist Jerry Gergely really grasped 80’s gore and unleashed it upon us here. I’m sure it earned him a gig on Tom Savini’s 1990 remake of Night of the Living Dead and beyond.

Another thing of note is the homicidal nature of the Zombies. Every Zombie kills, but not every Zombie kills BEFORE they eat. An oddly indulgent act that adds a level of intellect to the walkers that up to that point only Return of the Living Dead has shown, in jest.

The ending, led by a posse of locals trying to eradicate the Zombie threat, is bleak but clever. All in all, a fun watch. Is it a bit of sacrilege? Yes, it is. But it doesn’t threaten to usurp the legacy of Night. 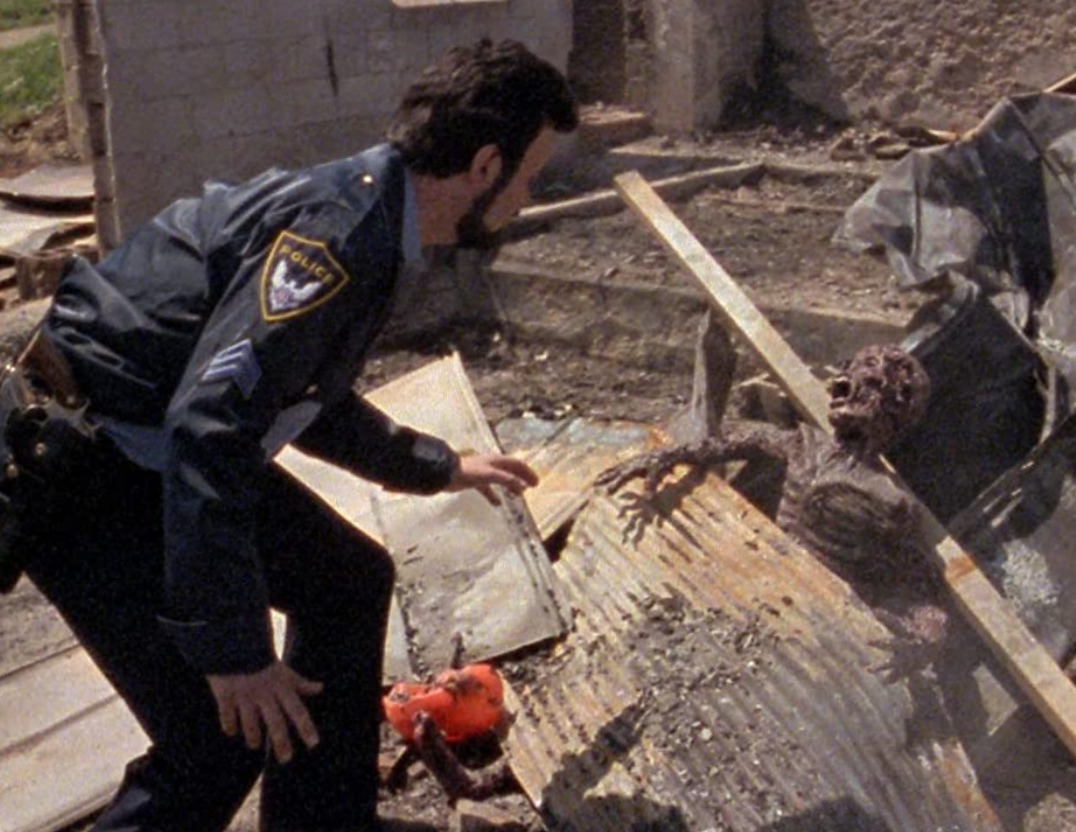 Yes, Hinzman’s zombie, groping the girl’s breasts as he kills them, is super creepy. Yes, a sex scene with absolutely no score to accompany plays awkward and uncomfortable, with only the symphony of hands being shoved into mayonnaise jars as foley makes you cringe. An overlooked egregious act may be burning down the barn. The plume of black smoke leaves such a bad taste in my mouth. The toxic fumes released on the locals was completely unnecessary and egocentric.

Another ensemble cast of beautiful teens. Each of their quirks and off tempo deliveries could make you inclined to favor one of them. Take your pick. 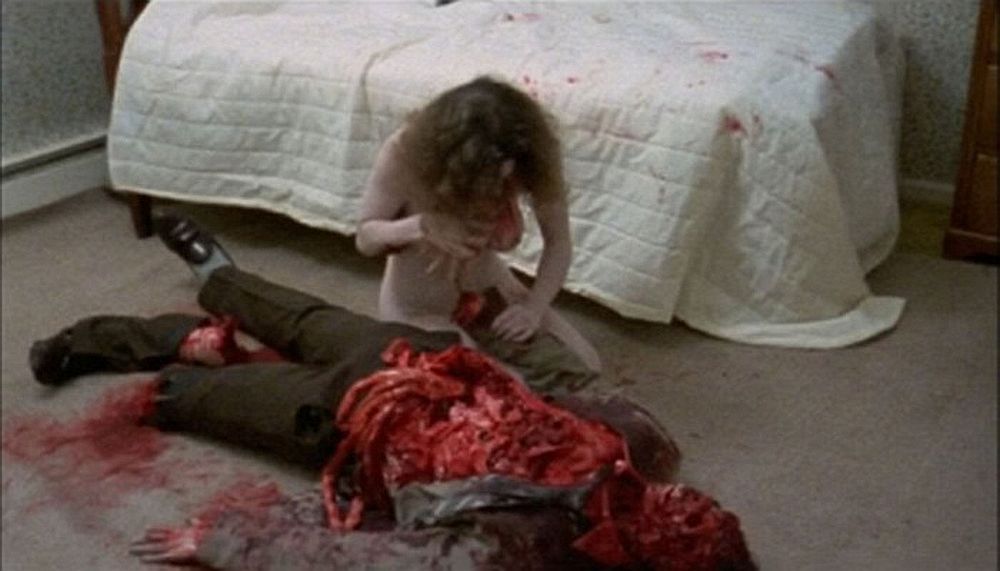 In case there was any doubt that this was a soft remake itself thanks to the well documented copyright issues of Night of the Living Dead, the original title was Revenge of the Living Zombies. There is not enough originality to make any case to revisit the property. At this point, Zombies need a bit of the snooze button.

Shriek Show released both a DVD and Blu-ray/DVD, but it will take a large hit on your wallet from Amazon. You’re much better hunting down a copy on Ebay.