“A Dark Song” is a brooding, beautiful, often uncomfortable journey to the space between our world and the fantastical realm. Written and directed by Liam Gavin, A Dark Song deftly balances its low-budget and grandiose narrative.

The film follows a bereaved Sophia (Catherine Walker) and utterly insufferable occultist Joseph (Steve Oram) through the trials of an Abramelin Ritual. The ritual, intended to help one meet their Guardian Angel and ask for a wish, is psychically, physically, and emotionally draining for Sophie and Joseph, who battle for agency and power for the duration of the magical rite.

It’s a slow burn that uses its crawling crescendo to stun viewers, juxtaposing esoteric occultism against the most intimate expressions of human emotion. Though steeped in the DNA of horror and black magic, A Dark Song often feels more like a gritty drama than whimsical dalliance into the world of magic.

There is a price to pay for wish fulfillment, and the sacrifices made leading up to the ritual’s climax are only the beginning. There is a cautionary tale buried just below the surface, one that warms humans of the consequences of their actions, both earthly and otherwise.

Sophia, grieving the loss of her young son, travels to Wales and hires the surly Joseph to offer her stewardship through the grueling rite as she pursues the fulfillment of a single wish. Solomon explains the austere requirements of the ritual to Sophia. Over several months, the two of them will be subjected to confrontations with angels, demons, and other arcane entities to punish, cleanse, and forgive themselves of their earthly baggage.

Sophia claims to understand Joseph’s warnings, though neither of them was fully prepared for the danger and strife waiting for them on the other side.

This movie is completely unencumbered by its small budget and leverages the closeness between the characters and viewers to create a harrowing sense of empathy. 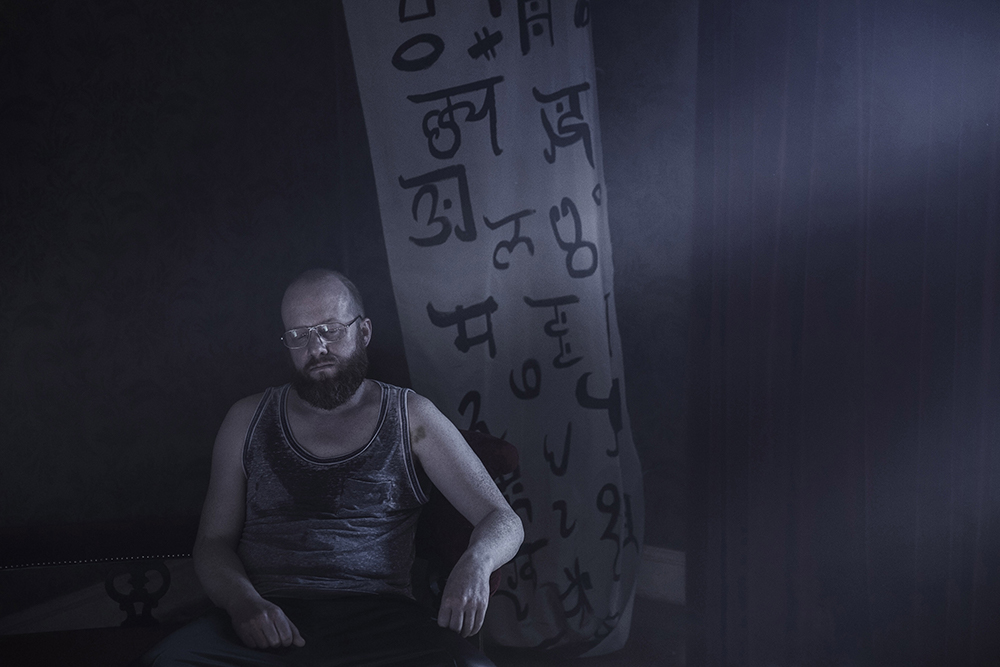 Though neither Sophia nor Joseph are particularly likable characters, viewers are forced to witness and experience their suffering in real-time until it matters. These are characters so complex and well developed, that their fates hold weight in the heart and mind of the viewer. By the time demonic and ghastly creatures appear on screen, unbearable tension has already been built – and the visceral scares are a welcome medium to cut that tension, if only for a few moments.

A Dark Song is not an easy film to watch.

This is not the high-gloss magic audiences are accustomed to seeing on the screen. It is the hungry, all-encompassing exchange of soul and lifeforce in pursuit of preternatural rewards. We are forced to bear witness to sexual manipulation and the repetitive, humiliating phases of the ritual as helpless observers to Sophia’s growing emotional pain.

By the time the trials are coming to an end, and it’s time to perform the most difficult task of all, forgiveness, it seems nearly impossible for the characters to have anything else to give.

It’s not all darkness and despair, though. A Dark Song offers relief to Sophia, though it looks different than how she imagined it. It is a reminder to everyone seeking relief in the form of happiness, peace, or forgiveness that there is always something out there.

[dropcapY [/dropcap]ou may need to flip on some cartoons to catch your breath and decompress after this film. But much like the ritual itself, you’ll find that A Dark Song gives just as much at it takes.

Overall Rating (Out of 5 Butterflies)
WHERE TO WATCH
In the US, you are currently able to stream A Dark Song on Directv or AMC Plus. However, if you are able, consider doing what Mike Flanagan suggests and rent or buy the film to help make sure more amazing films like this can get made in the future. You can buy or rent it on Google Play Movies, Vudu, Amazon Video, or YouTube.