A spin-off of Cronenberg’s “Scanners”, this cop thriller takes a different approach and has that early 90s straight-to-video charm. 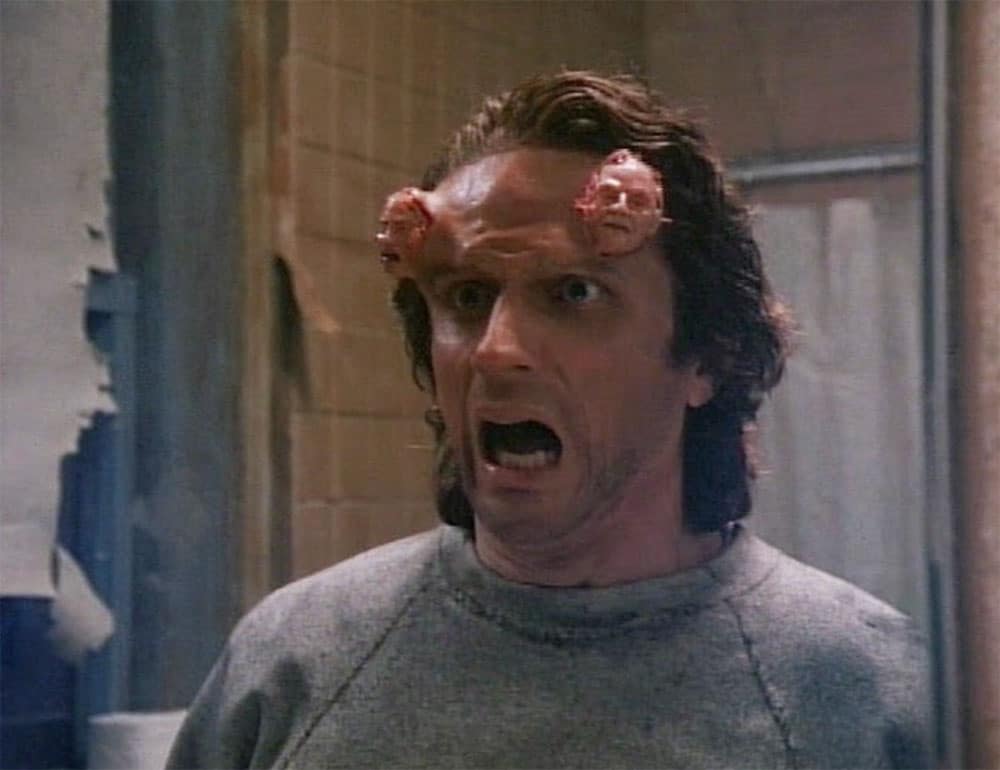 When Cops start to die at the hands of those close to them, rookie cop Sam Staziak uses his powers as a scanner to figure out how and why. Let’s dig into 1994’s “Scanner Cop”, directed by Pierre David!

I have to admit I have not seen the original Scanners in quite some time. I love the way Cronenberg films make me feel on the verge of nausea, and unfortunately, this film did none of that.

Saying that, I didn’t expect it to have the same feel as a Cronenberg film. They did a solid job of tying the powers together across films so we can get to the action. They did not disappoint: heads exploded. Thanks to the hands of the late fx master John Carl Buechler. His work is all over this column, and I’m a happier person for it.

I get the angle was meant to lay down a different road than the original series (note, I’ve not seen any of the sequels to the original). But the cop angle, as novel as it may seem in context, was not executed well. You have to disassociate from so much procedural knowledge that is part of the general public’s knowledge (thanks to shows like Law & Order, etc.) that it almost makes it senseless.

There is a bit of heart here which allows you to forgive some of the shortcomings, and a surprisingly positive feeling to walk away from the film with. 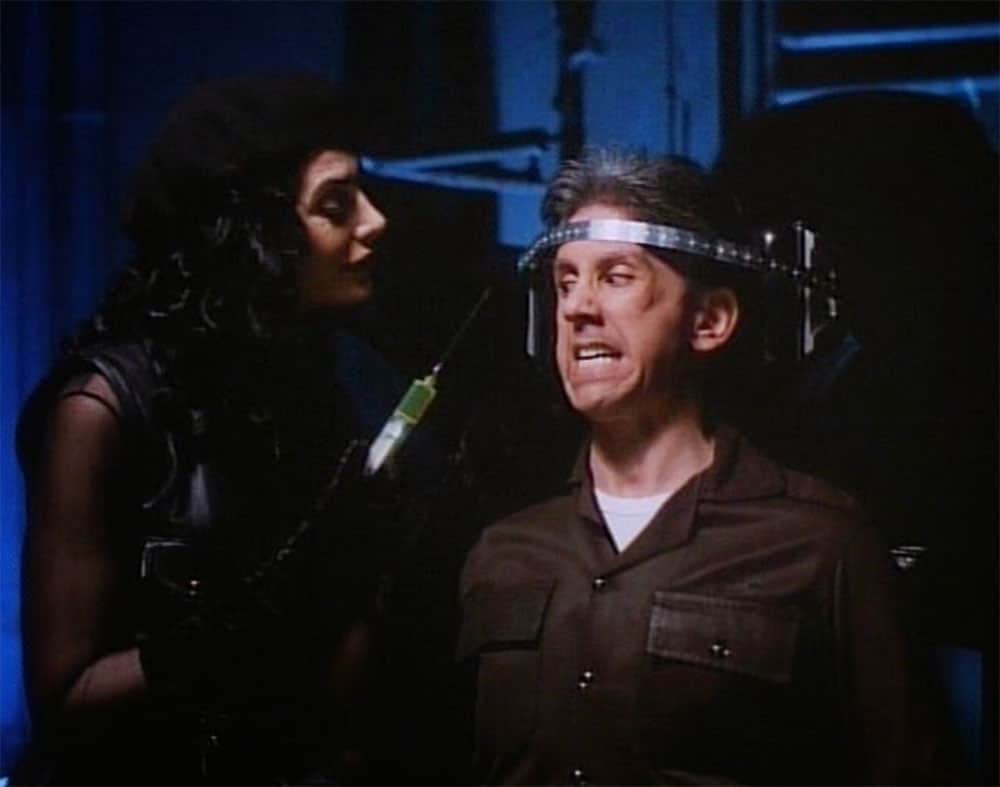 Richard Lynch (Glock) always plays a fantastic bad guy, and his real-life burn scars have been utilized to great production value in films like Bad Dreams, which is a previous Dig. He also had small roles in Rob Zombie’s Halloween (Principal) and Lords of Salem (Rev. Hawthorne). He passed in 2012.

Mark Rolston (Lt. Harry Brown) has been up and down the genre, as well as tons of action films. He was Drake in James Cameron’s Aliens, and Bogs Diamond in Frank Darabont’s Shawshank Redemption (based on a Stephen King story).

Brion James has a small role as a doctor here, but he’s recognizable from The Fifth Element (General Munro) and Blade Runner (Kowalski).

With the opening showing Sam’s father on the wrong side of the law, I expected there to be a more nefarious twist to Sam’s descent into madness as he wields his powers, but it was rather impotent. 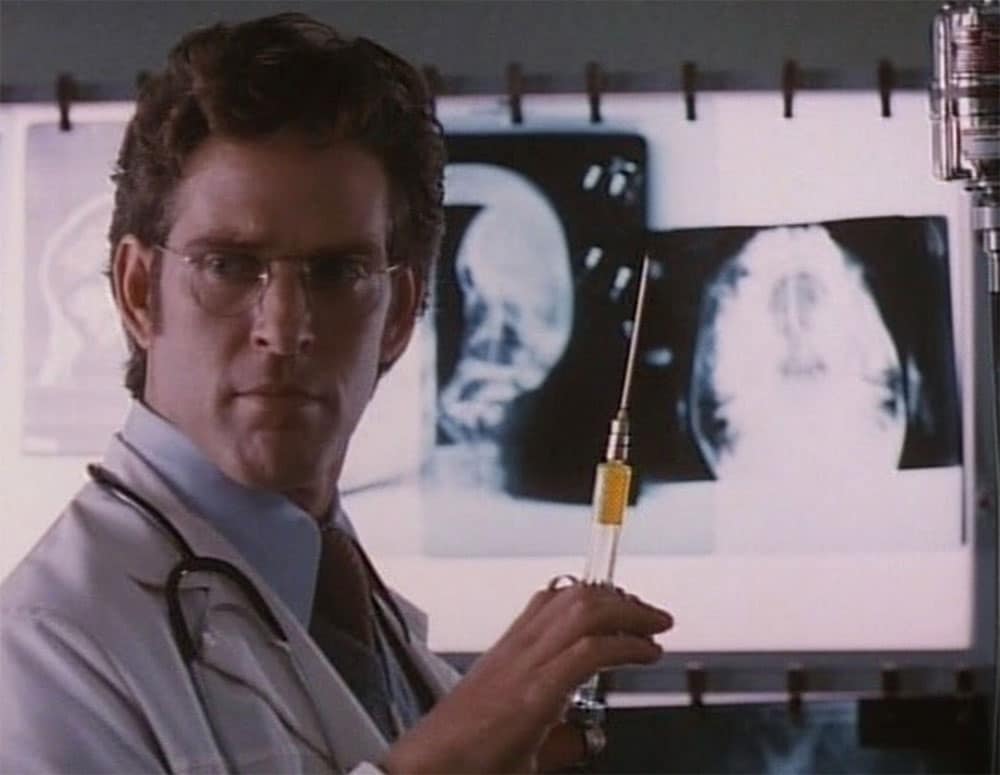 If John Carl Buechler’s name is in the credits I will always watch the film.

Of all the films in the Scanners universe, I’m not sure this is the one I would jump on first.

Being the fourth film in the Scanners series, Scanner Cop was followed by Scanners 2 — also called Scanners: The Showdown — and preceded by Scanners II – The New Order and Scanners III – The Takeover, as well as, of course, the original Cronenberg gem.

Vinegar Syndrome released Scanner Cop 1 and 2 on Blu-ray for the first time, together.