This “hidden for a reason” gem features some of the worst acting in the history of the genre and comes with a healthy dose of nudity. 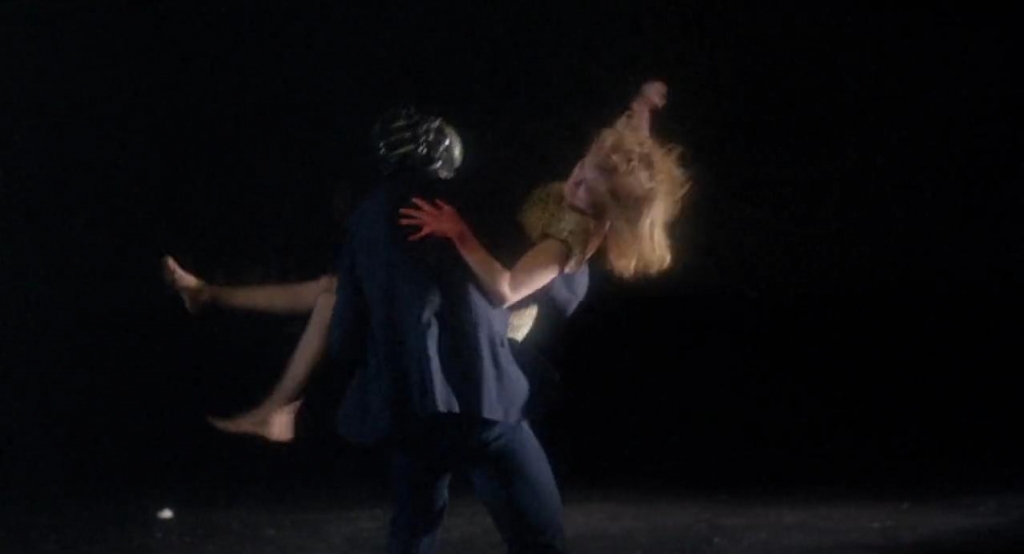 An epidemic of rapes leads a Doctor and a Detective down a suspect’s path that is out of this world. Let’s dig into 1986’s “Breeders”, directed by Tim Kincaid!

There’s an obligation when dealing with this type of heavy material to show respect for the consequences. No one has any business diminishing rape to the point of tongue-in-cheek exploitation unless that’s how the victim decides they want to deal with it. The lack of tact proves a disconnect between what’s happening on-screen and the life experience of the filmmaker.

There is a glimmer of hope though, and it comes in the way of actor Frances Raines. While in the hospital, she has an over-the-top scene in which she really puts effort into conveying the emotion of a victim of rape.

While this film was most likely never meant to be a champion of rape victims, there are some uniquely poignant moments, including the prescient line (spoken by a male character) “Teachers, businessmen, politicians, priests; we’re all rapists. No one is beyond suspicion.”

This feels especially timely while the country debates the perversion of children during story time but ignores that the catholic church has spent more money defiling children ($2.6 Billion since 1950) than anyone that has ever existed, and there is a two-thousand-year paper trail of such behavior. By all means, put your money in the basket to fund that legal battle. (Catholic Church, please don’t sue me for telling the truth about your insatiable proclivities). 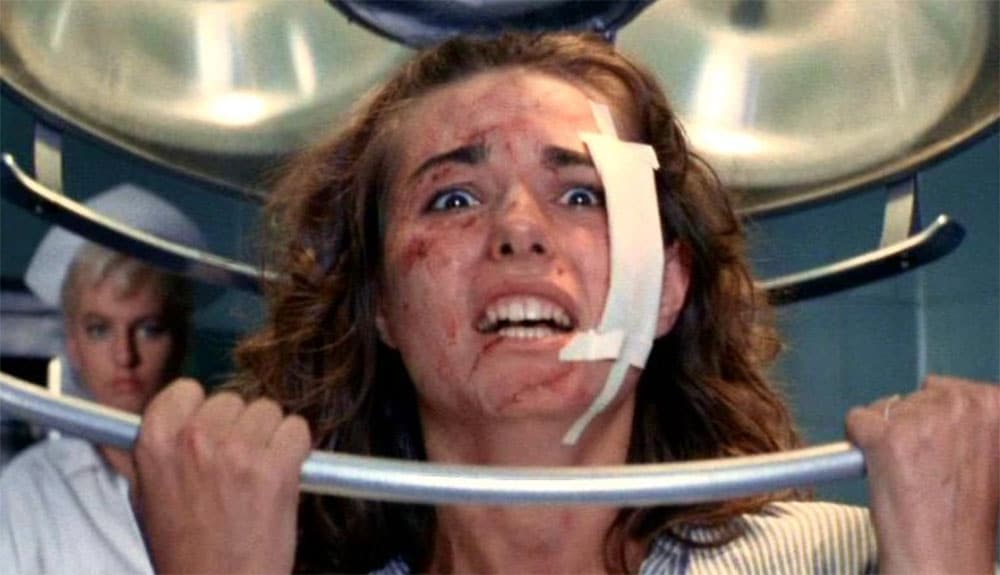 Another impactful line, that seems rather hostile, is spoken by Dr. Gamble Pace:

“This is the kind of case that makes me want to kill every man that was ever born.”

At face value, it’s easy to dismiss this as a feminist-spewing hatred. Unfortunately, the acting is so terrible that the nuance of the line doesn’t come across.

Let’s talk a bit about the mess that is the monster. Almost completely blacked out (I’m talking Stuart Semple level black here) with the form of an amoeba, string thin tentacles, furry gorilla hands, and a car wash sponge appendage is no way to live life, Son. But when you’re a rapey alien, I guess that’s your bag.

A brain fart during writing must have been when the… lead rapist monster… thwarts another rapist at random. Can’t encroach on his territory.

A mediocre climax has the victims, all nude of course, spazzing out in some white fluid that looks like sem… Bishop’s blood from the Alien franchise. It all ends with a dream, I think, for no good reason.

Francis Raines and Natalie Savage both starred in another sexually charged Kincaid film: Bad Girls Dormitory. Raines was also Linda in The Mutilator. Matt Mitler (Ted) was in both films as well as Basket Case 2, and Deadtime Stories as the Werewolf. 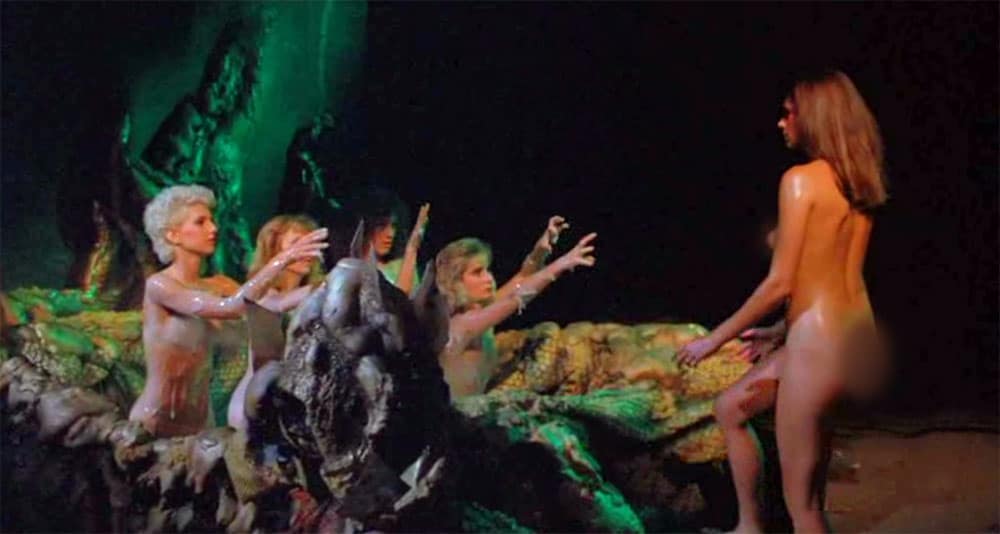 I could probably pop off five hundred words without even trying in this section. Prolific female nudity and abnormal behavior attached to disrobing may have been par for the course when a story needed something to keep the audience’s attention, but this seemed like overkill. Especially Karinsa (Francis Raines) doing naked yoga for no good reason other than to please our eyes and wiles.

The climax, which saw the nude women in some gooey pod tub, could have been really great. But much like everything else in this film, the execution was lacking. The winner of the day for me was the weird vertical-mouthed creature with an eye and a… puss sack on its face. I still can’t figure out what I was looking at.

Jump ahead to the “Spawns” section below to discover the unbelievable truth that someone thought it beneficial to remake this film.

Besides being shot back to back with another Kincaid film, Mutant Hunt, there is also a 1997 remake which was alternately titled Deadly Instincts.

Olive Films put out a Blu-ray in 2015 which can be had on the secondary market. It’s not currently available to stream online, so you may have to work a bit to track this one down — though, why you would want to is beyond me! Still, this one does need to be seen to be believed.