A comedy with a horror edge from the same mind that brought you the criminally overlooked Werewolf fantasy “The Company of Wolves”. 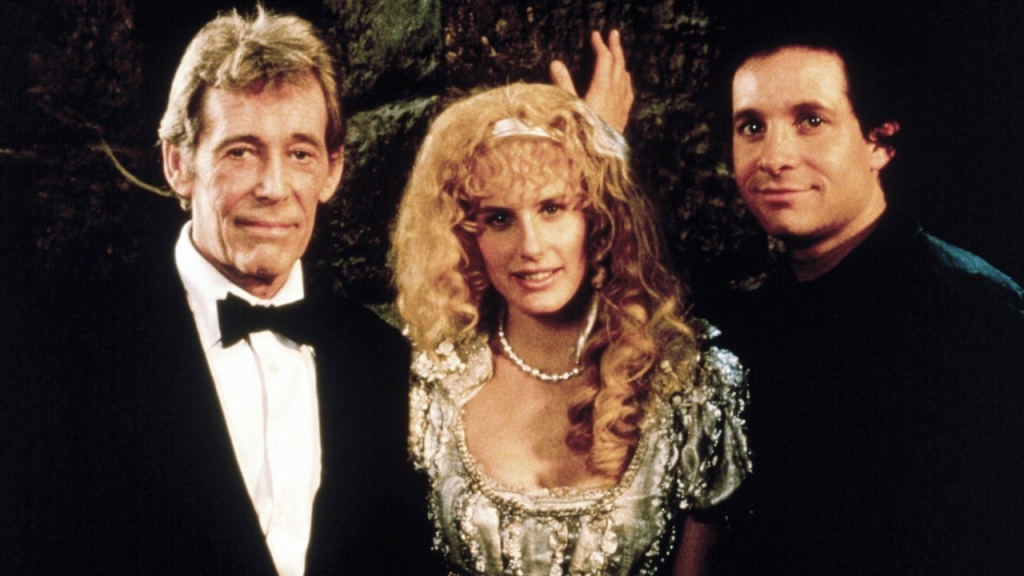 When the purveyor of a bed and breakfast in an Irish castle falls into financial trouble, he schemes to advertise his establishment as haunted to attract more visitors. The real ghosts who occupy the Castle have something to say about it and come looking for love. Let’s dig into 1988’s “High Spirits”, directed by Neil Jordan!

Watching the trailer first, I really wanted this to turn into a perennial addition to the Halloween month movie queue. It didn’t quite live up to that standard, but it surpassed the negative heat it received from critique both past and present.

Though a comedy film, it thematically shares enough bones, corpses, and ghosts to fall within the purview of the genre. High production value, expert-level set dressing with roots clearly from theatrical stage performance, and the rhythmic cadence of Peter O’Toole’s utterance all coagulate to form a viscous charm that flirts with similarly classic histrionic films such as Clue.

The chemistry between Steve Guttenberg and Beverly D’Angelo, a married couple suffering woes, lends proof to D’Angelo’s virtuosity to make her co-stars shine, such as in the Vacation films. Guttenberg’s goofy charm is also on full display with lines to his deceased darling, such as, “You’re a ghost, I’m an American. It would never work out.” And, “Maybe we should get some moisturizer,” as she leans in for a decaying kiss.

There is a brilliant scene involving some traditional stage play scenery that breaches reality with a whale’s tail, a wave of water, and the tentacles of an octopus that is worth the price of admission alone.

Though the plot and pace are lacking, nostalgia hides flaws. Whether it be the evil Nuns that are a mix of Jawa and Sister Bertrille, the quality prosthetics on the corpses, or the living dead love quadrangle spouse swap, there is enough here to enjoy. 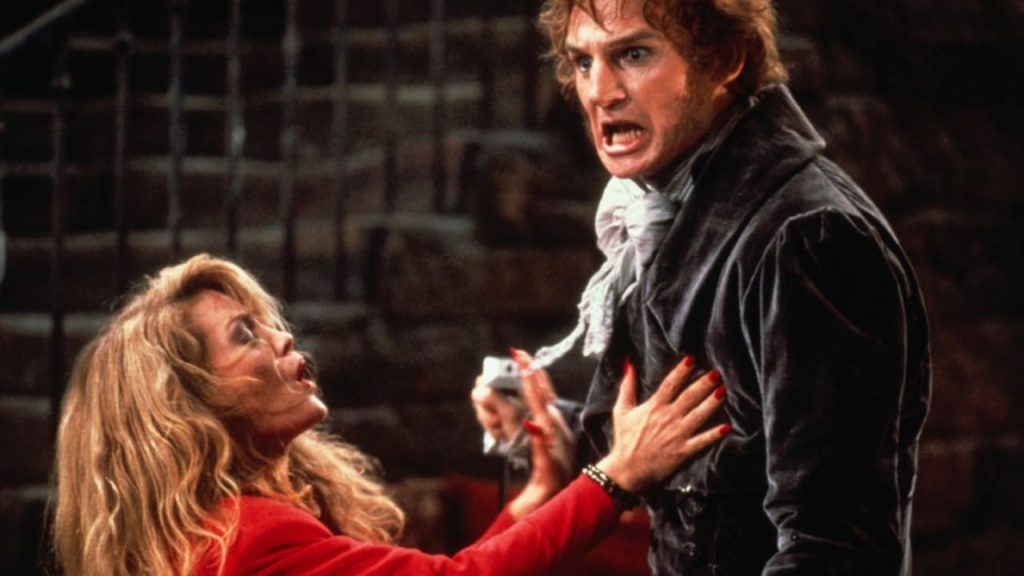 Liam Neeson (Martin the Ghost) — a man with a certain set of skills that he’s deployed in many award-winning films, such as Spielberg’s Schindler’s List and another Neil Jordan film about an Irish revolutionary, Michael Collins.

Peter O’Toole (Peter Plunkett) — from Lawrence of Arabia to the underrated Troy, few had such a commanding voice as the late O’Toole, or the strength on-screen to direct the pace and mood.

Jennifer Tilly (Miranda) — Charles Lee Ray’s Bride has one of the most distinct voices in cinema history, whether it woos you or not. This being before she went bleached blonde around the time of Bride of Chucky, she wore beautiful auburn curls. 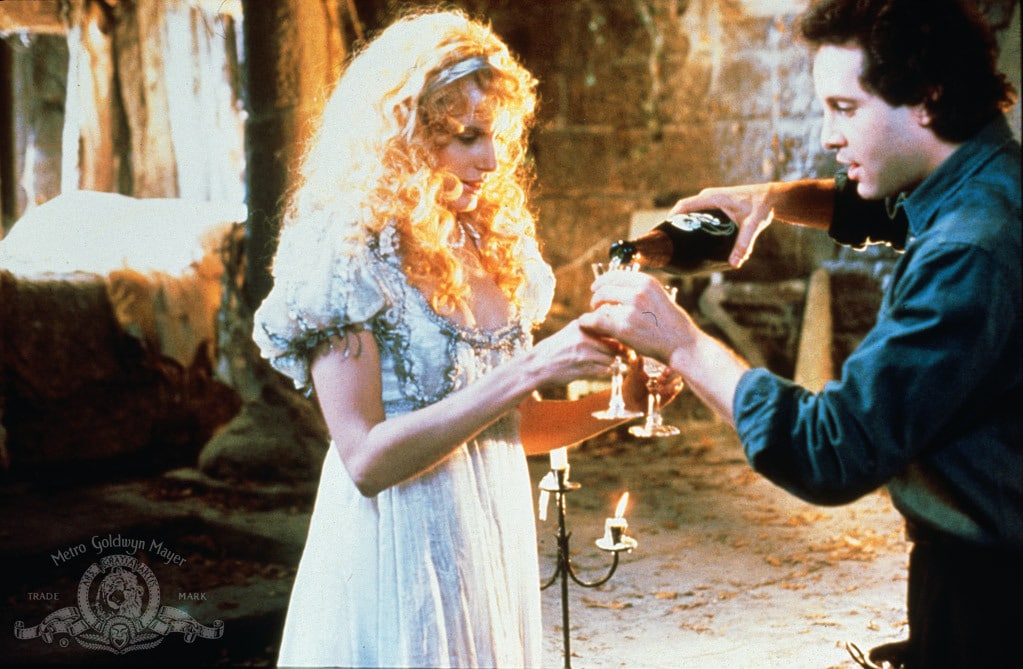 Though this film saw Neil Jordan return to his homeland of Ireland, I always find it a missed opportunity when the character of the setting isn’t exploited to its full advantage. Instead, other than an impressive brogue from Daryl Hannah and the native tongue of the hotel staff and Liam Neeson, unlimited supplies of Jameson and Guinness stood as the cliche traits on display.

I have a soft spot for Beverly D’Angelo, especially in Christmas Vacation (one of my favorite films of all time), which came out a year after High Spirits. But the magnetism of an early ’30s Peter Gallagher and his bewitching blue eyes is hard to ignore.

The beauty of time is learning from your mistakes. Capturing the same spirit of whimsy coupled with the aesthetic elements of horror (gory make-ups and spooky gags) would be a fruitful use of energy. Perhaps no one has done that better than Jermaine Clement and Taika Waititi with What We Do in Shadows (2014), proving you can mix horror and ribaldry with the right ingredients.

Scream Factory released High Spirits on the other side of a double feature with Vampire’s Kiss (1988), which we dug up recently. UK distributor Final Cut Entertainment released a Blu-ray during the summer of 2020 as well. You can also stream it on Fubo and Starz.