It may not be the Thanksgiving hostage movie we wanted, but “Hostile Takeover” is the grueling-to-endure hostage movie 2020 deserves. 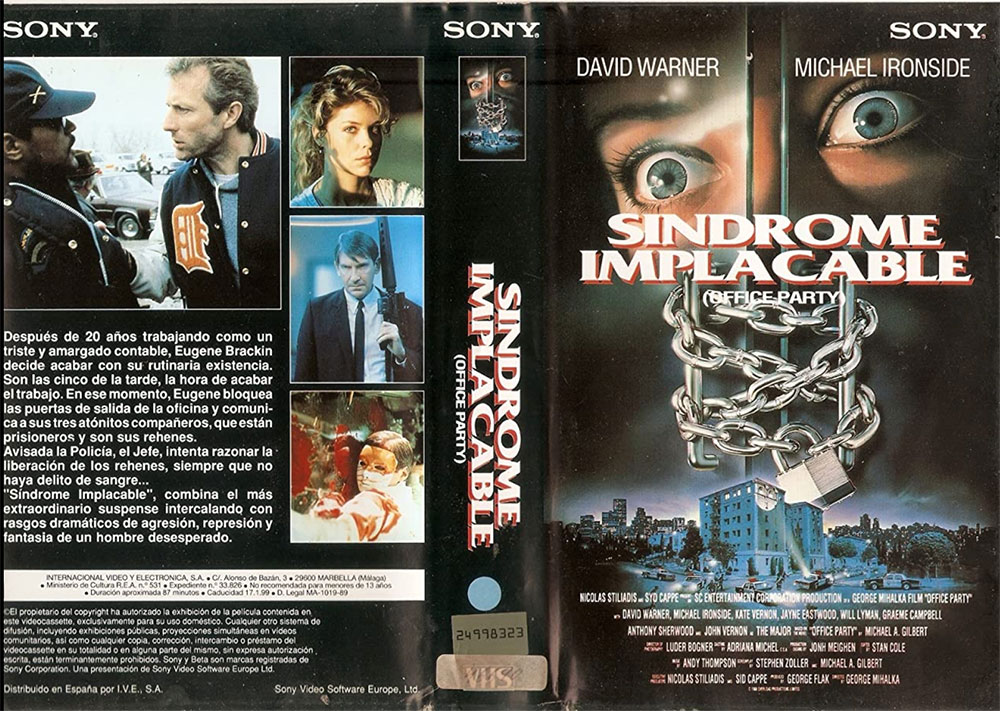 For no good reason at all, a man takes three co-workers hostage, preventing them from getting home to their families on Thanksgiving. Let’s dig into 1988’s Hostile Takeover, directed by George Mihalka

It took over ten installments for me to realize I’m not just here to help turn you on to films you may have never heard of. This column is both an excavational tool and a cautionary tale. If I could have found another Thanksgiving-based film to cover for this week besides what’s on the slate already, I gladly would have covered that mythological cinematic masterpiece instead of this, pardon the pun, absolute turkey.

Hostile Takeover (also known as as The Devastator) is based on a novel by Michael A. Gilbert. I will hold out hope (though I want proof) that the book was better than the film. And I’ll just have to assume the ball was dropped… hard.

Second only to the great John Saxon as the go to, genuine article hard ass, Michael Ironside is a solid casting choice in any movie. But to chop off his proverbial balls by putting a sweater and glasses on him and forcing him into a chump-shaped box is unforgivable. Right off the bat, it’s almost impossible to swallow that he nor his character could be held hostage by anyone without a Schwarzenegger-like physique, especially not the T.S. Eliot spewing, impotent hostage taker, Eugene (played by David Warner). 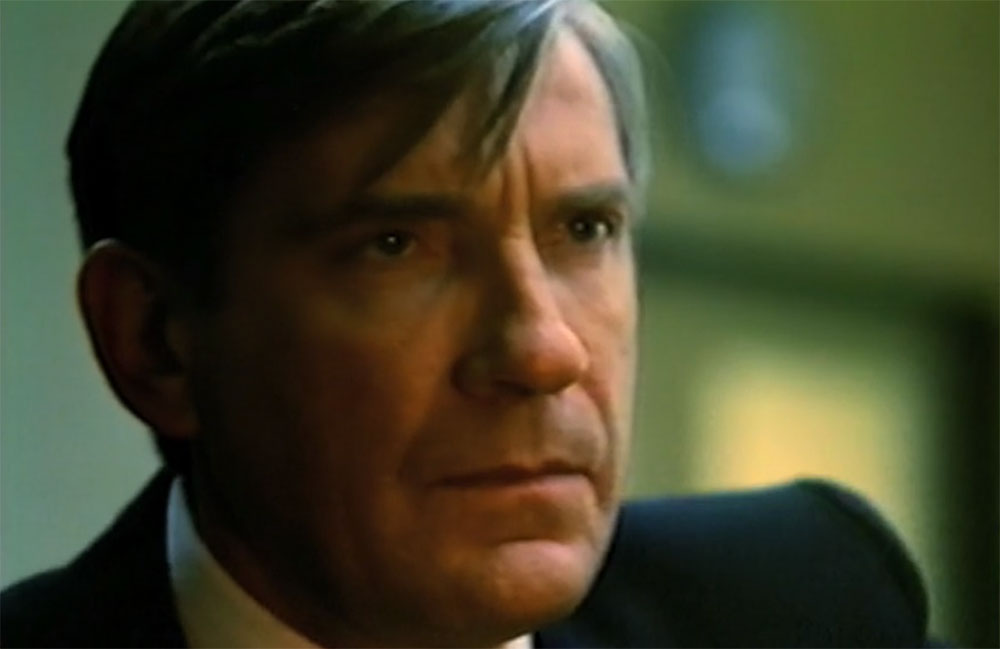 His list of demands? Dinner! Such powerless lines as “I’m sorta holding everyone hostage” and “You know you’re in big trouble mister!” made my eyes roll into the back of my head. However, I did laugh pretty hard at the line, “I didn’t get this job by farting around with my thumb up my ass.”

Silvering lining? It’s there if you look hard enough. A squib from one of the only kills of the film was literally explosive. It was impressive if not completely unrealistic. Secondly, in a very surprising turn, there is a scene when the two women being held, Sally (Kate Vernon) and Mrs. Talmage (Jayne Eastwood), are sitting on adjacent toilets, talking. The raw sincerity that is written here was jarring in a virtuous way.

Mrs. Talmage talks of her life’s biggest regret: settling for what’s convenient rather than what she genuinely wants in life. I’m boiling it down here, but I would say the scene is worth a watch to witness a true dialogue of the plight of women in that old nuclear family cage. Unfortunately, it’s some great character exposition that comes far too late — after most viewers have likely already tuned out.

Bizarre cutscenes can’t save this snooze fest. Yet, somehow, I’ve written more about this film than any other in the series so far. 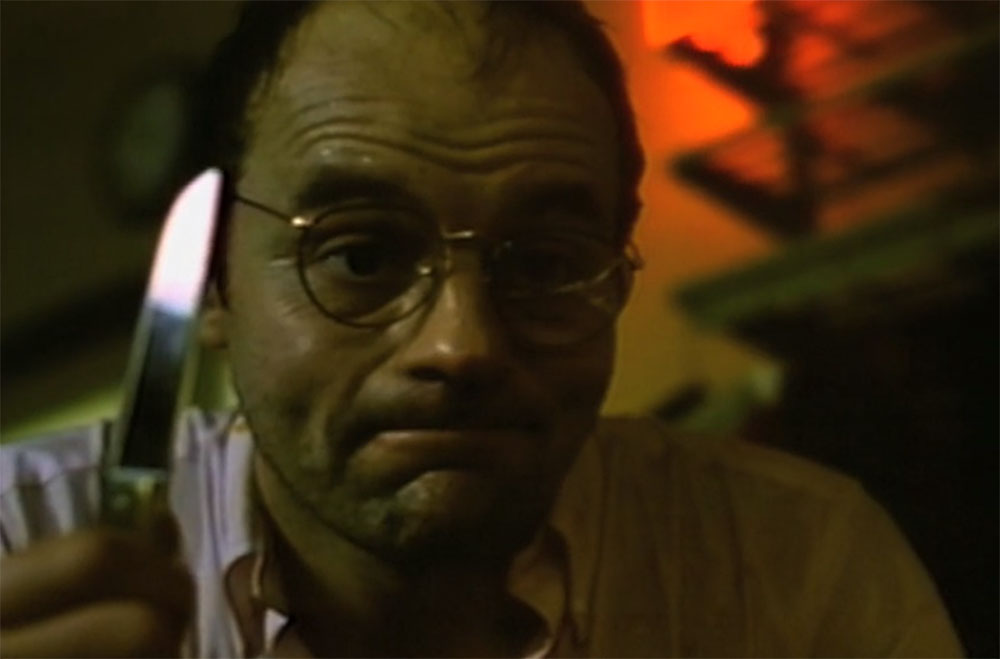 For such an ineffective film, it featured some impressive names. Michael Ironside, of course, is perhaps best known to horror fans as the psychic powered lead in David Cronenberg’s Scanners (1981). He also turned up in mega hits like Total Recall (1990) and Top Gun (1986), just to name a couple.

John Vernon, who plays the Mayor, is easily recognizable as Mooney from the Chiodo Brother’s classic Killer Klowns From Outer Space (1988). You may also recall him as Dean Wormer in National Lampoon’s Animal House (1978).

David Warner as the far-fetched baddie, Eugene Brackin, made a splash in Titanic (1997) and was also the Ooze-creating Professor from Teenage Mutant Ninja Turtles II (1991).

The most uncalled for aspect of this film is the absolute sacrilegious inclusion of modernist laureate T.S. Eliot and his masterpiece “The Love Song of J. Alfred Prufrock”. 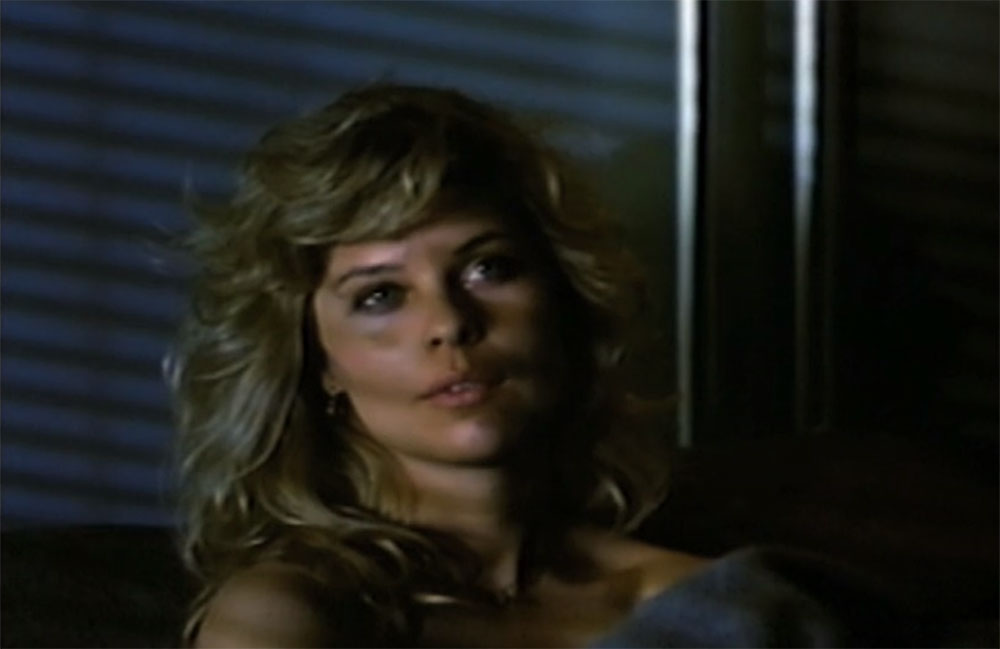 Kate Vernon, who plays the Stockholm syndrome-having Sally, is the proto 80s babe — minus the high hipped bikini.

There are thankfully no illegitimate children to report from this unfortunate feature.

Labeled as The Devastator, it’s available to stream on Amazon Prime, if you dare.

THE DAILY DIG
The Daily Dig brings you hidden genre gems from the 1970s and 80s you may have not yet discovered. You’ll get a brief rundown of everything you need to know, including where to watch each title for yourself. Come back each day, Mon-Fri, for new featured titles. CLICK HERE FOR A TIMELINE OF DAILY DIG COVERAGE</st