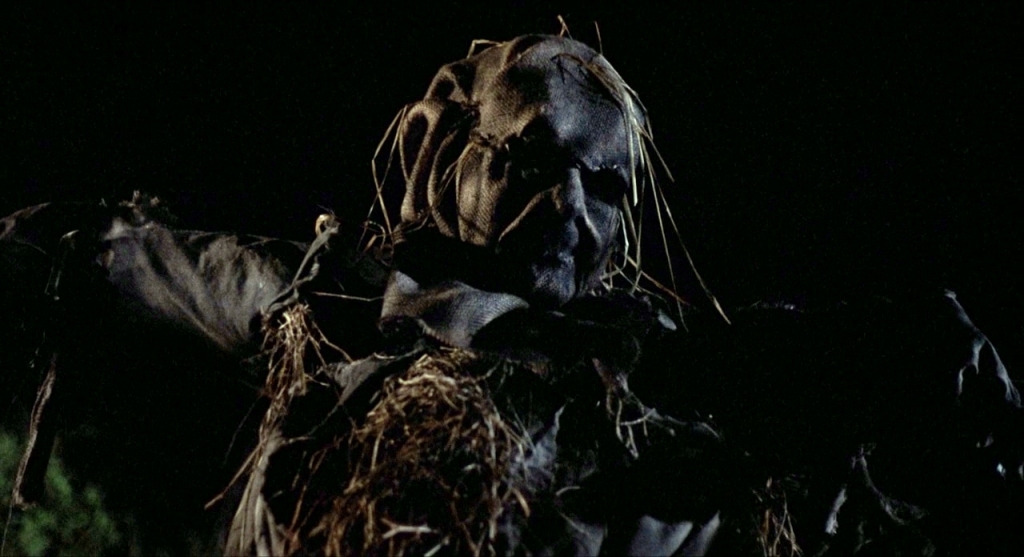 Fleeing with a haul of stolen cash to Mexico, a group of criminals makes a fateful stop in a field filled with killer scarecrows. Let’s dig into 1988’s “Scarecrows”, directed by William Wesley!

I do not understand the choice to make eighty-five percent of the dialogue off-screen through radio transmissions from the “Crows” criminal organization. It makes for a really weird atmosphere as we slowly roll through this cornfield and farmhouse while the mercenaries spew relentlessly about everything they are seeing.

Filmed way back in 1984/85, this independently produced and financed film suffered a bit from first-time writer/director William Wesley’s growing pains, but he at least had the wherewithal to limit financier Ted Vernon’s purchased role as Corbin to only a few lines. 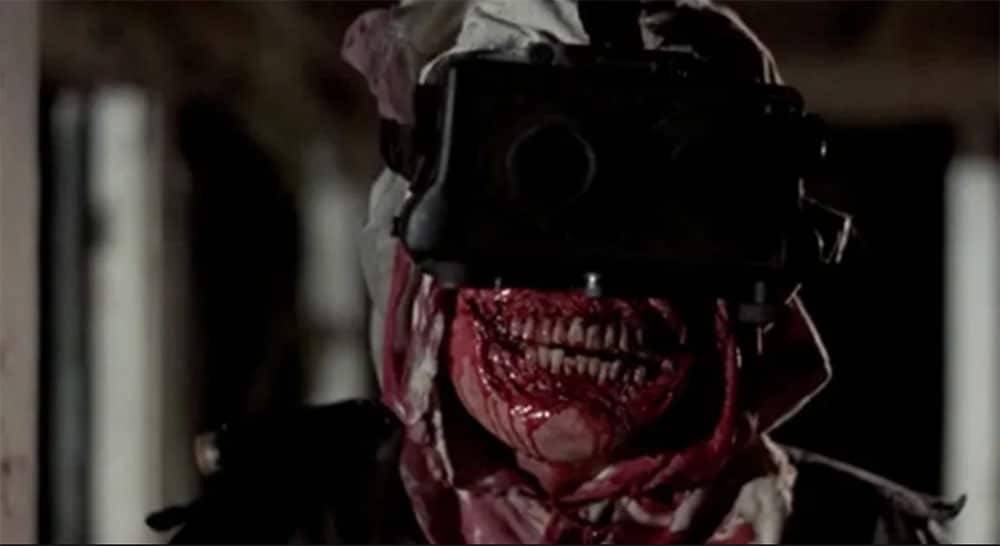 There is a ton of satisfying gore and some really scary moments that are lit expertly.

This is the bright spot of the story which deserved more attention.

That lip-less, night vision goggles-wearing monster is going to haunt my dreams. I can’t wait to go back to sleep.

Though we only hear his voice, the man responsible for getting me and a whole generation into science (sorry Bill Nye, you came a bit later), Don Herbert — also known as Mr. Wizard. Broadcast on Nickelodeon through the eighties, with its very dated computer graphics opening and straightforward experiments, it only ran until 1989 but replayed through the early nineties. And thanks to the internet can be seen for free today on the Mr. Wizard YouTube channel. 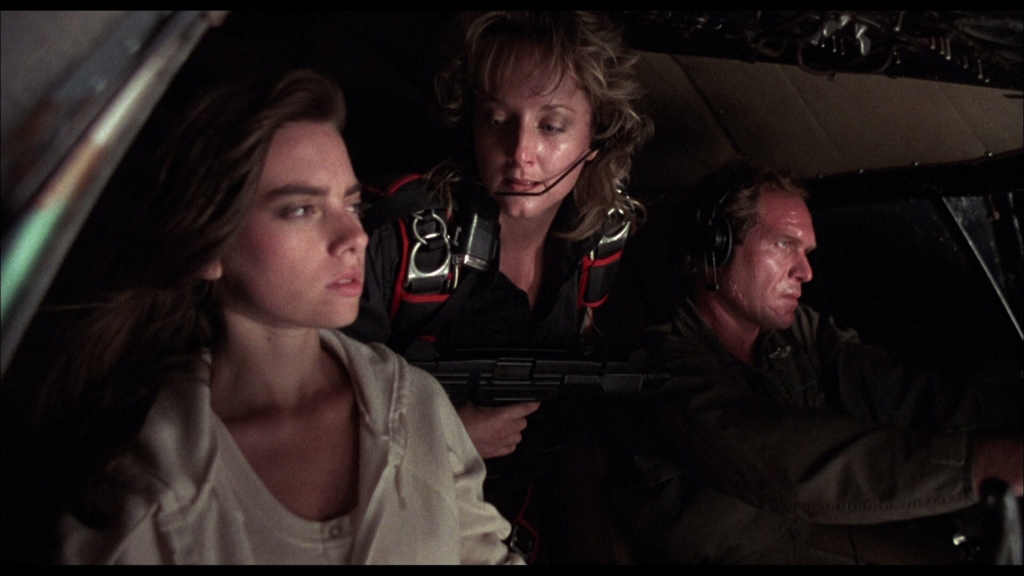 For such a gory show, this one walks away pretty clean.

He is an unheralded name in the mainstream, as far as FX artists go, but Norman Cabrera’s credits speak volumes, and his scarecrows are absolutely terrifying.

He’s worked with Rick Baker’s studio Cinovation (Harry and the Hendersons, Gorillas in the Mist, Gremlins 2), the legendary Steve Johnson’s XFX (Brainscan), a ton of credits with KNB FX, and other films like Rob Zombie’s House of 1000 Corpses, Hellboy 1 and 2, and so many more. Basically, he’s helped sculpt a lot of our favorite films.

Cue the slow, dramatic, appreciative clap. He deserves it.

There is a lot to dislike about this film. But as the credits rolled, I felt like I enjoyed it, especially for the horror of it. A lot of that can be attributed to the brilliant effects and makeup work, but the skill with which those effects were shot stands out, too. Great, creepy lighting made for some truly scary moments. There is a good story to be extracted in there somewhere too, with some focus.

Scream Factory released a now sold-out Blu-Ray in 2015. You can rent to stream on Vudu.