The first of three productions from Fangoria Films, “Mindwarp” is an against-the-grain desolation horror with great special effects work. 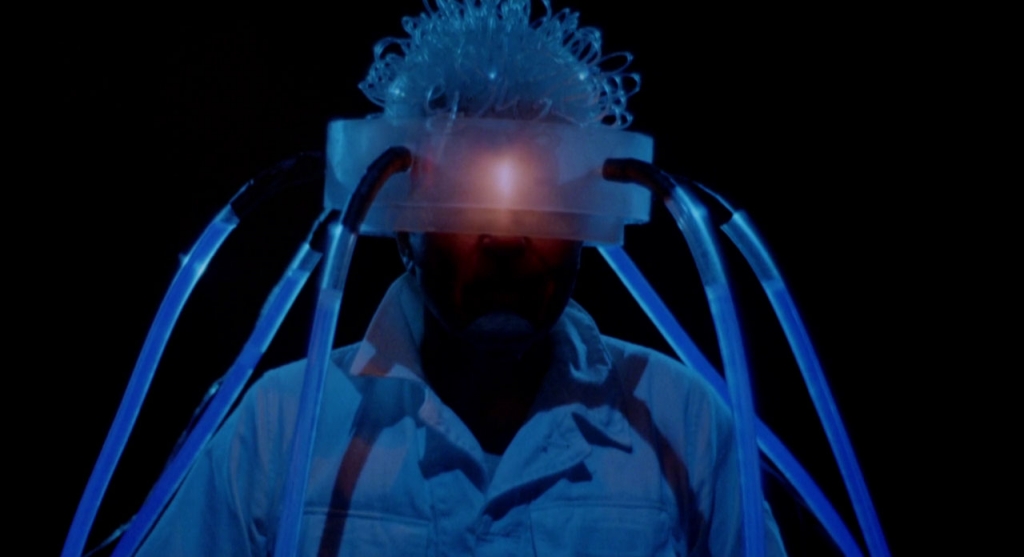 The year is 2037 and Earth is a wasteland. Stuck living through virtual reality, Judy decides to unplug and gets cast out into the post apocalyptic world and into the clutches of cannibals. Let’s dig into 1992’s “Mindwarp”, directed by Steve Barnett!

Released overseas with the far superior title Brain Slasher, Fangoria’s first foray into filmmaking isn’t… terrible. Bruce Campbell had it right when he said they were doing something unexpected. A cookie-cutter slasher wouldn’t have been surprising. And for the budget they were working with ($1 million tops), it would have been a smart way to go. Instead, Fango called in favors and had FX titans KNB join Campbell and Angus Scrimm to create a unique but flawed effort.

KNB (Kurtzman, Nicotero, Berger) holds a special place for me. I feel they, as much as any writer or director, have filled my head with stories and concepts that have provided a wealth of reward.

With a director like Steve Barnett — who comes from the school of Roger Corman — Fangoria set themselves up to succeed no matter the shitstorm they came across. Barnett had a great understanding of working within both budget and logistical restraints and was able to adapt and rewrite on the fly to meet those demands. 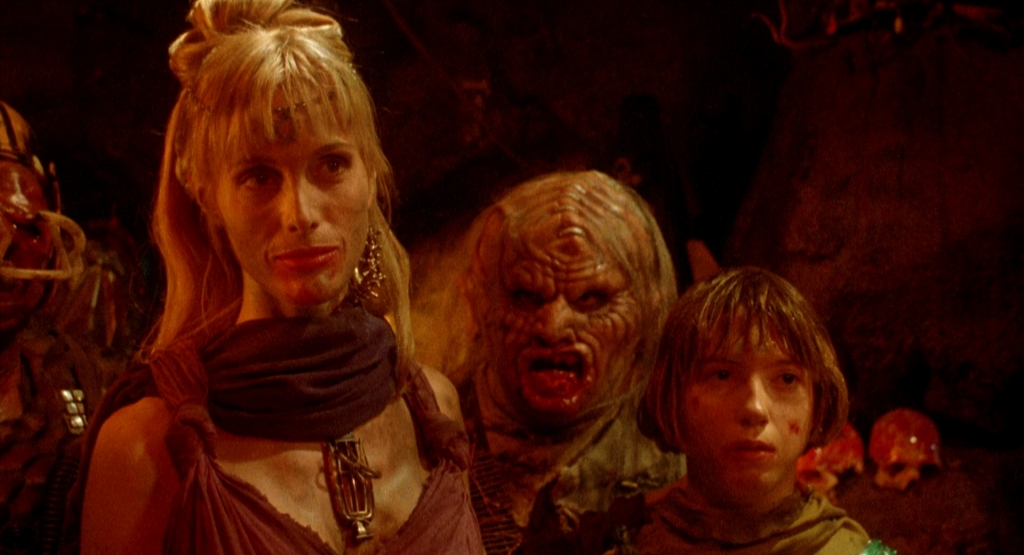 The cast is great, the coloring of the picture somewhere between blood and lava, and the creatures (Crawlers) are a creative mix of a Tusken Raider and Gwar.

There are quite a few laugh-out-loud moments. Specifically, there’s the fact that they use a VGA port to plug into VR. There are also some on-point parallels to today’s tuned-out society, but they wait way too long to unleash the Bruce we all love and the promising start falls flat.

Worth checking out for cast and trivia alone.

Bruce Campbell (Stover) lends his leading man prowess to the folks at Fangoria, who he credits with affording his early career credibility. If I need to rattle off his CV for you, how’d you find yourself here?

Angus Scrimm is a bright spot as the sadistic Seer. He made a notable career of such characters as The Tall Man (Phantasm).

Yes, the film is dark and the red hue keeps you feeling bleak, but there is a low-budget campiness to it that makes it seem almost whimsical — until everything takes a turn with some really twisted imagery. But it’s the incestuous element that is meant to churn the stomach. 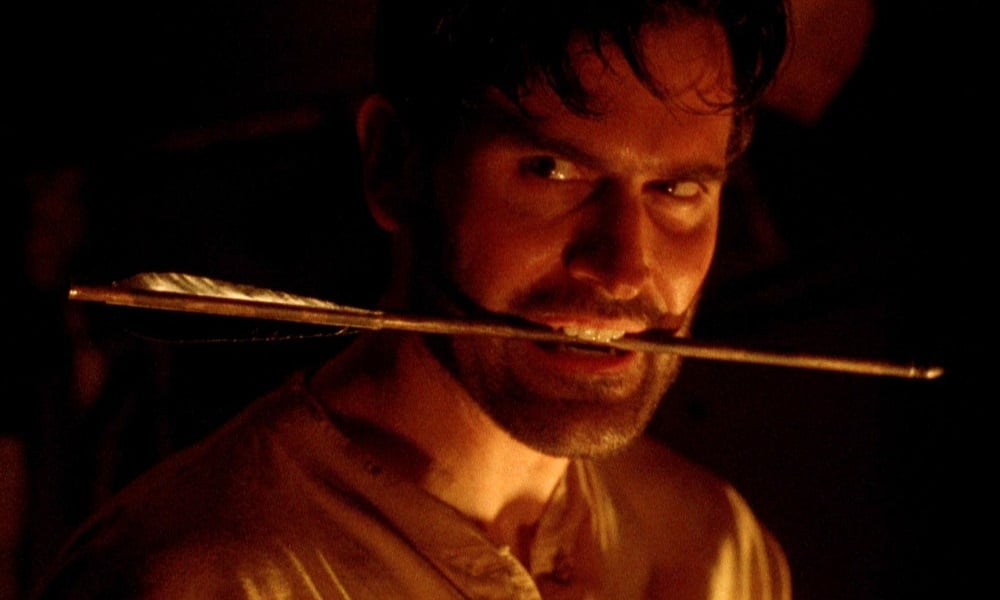 The chin is at possibly his hunkiest with some scruff and looks fit af.

When you make a film that takes a stab at where you think we’re going as a digressive society, it seldom hits the nail directly on the head. It takes brilliant imagination and a healthy understanding of the current state of affairs to craft something that feels frighteningly possible. The fear of becoming unable to grasp reality, literally, or hold onto somatic relationships is still part of the current zeitgeist. Time would be best served to take the baton and run a new marathon.

Though not related by the content, this film was the first of a three-picture deal between Fangoria and RCA/Columbia Home Video. It was followed by Children of the Night and what was originally billed as Army but eventually released as Severed Ties.

Released by the now-defunct Twilight Time on Blu-ray, it now sells for a stupid amount of money on the secondary market. You can also rent to stream on Amazon, Apple, Vudu, and Google Play.